Finger pressing hard on the D-Pad, your character sprints upwards and towards the finishing line. Below you, money trickles out of your savings as you watch your competitors scurry to outbid you in time. As the clock hits zero, a trumpet plays, and the sale is final. You won the auction. 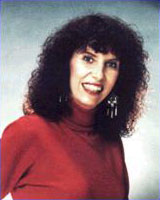 M.U.L.E. was a formative game for its time. Unlike most, it was a game that dealt heavily in economics, specifically those involving supply and demand. Not only that, but it was one of gaming’s first truly multiplayer games. As described in the situation above, M.U.L.E. was built around player interaction. Racing to outbid your fellow player, refusing to sell resources to them or colluding to weaken an opponent are all ways that M.U.L.E. incorporated player competition into its unconventional gameplay.

Of course, behind every innovation in games is a pioneering game designer. Behind M.U.L.E., and, later, titles such as Modem Wars and Command HQ, was Danielle Bunten Berry.

Danielle, as described by friend Eric Goldberg, was “very wise in the ways of people; a highly original and creative thinker; a tortured soul; a mentor and an inspiration to a generation of game designers”. Eric is not alone in his praise. Scrolling through a long line of post-mortem tributes reveals just how many lives Danielle impacted, through her games or otherwise. Many who knew her remarked that she was ahead of her times in many ways. Firstly, with her foray into multiplayer, a novel concept in the burgeoning age of competitive video games. Then, with her transition. 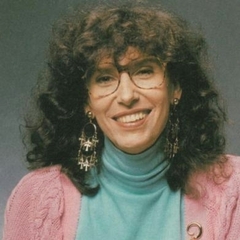 Berry’s transition, a process she referred to as her “pronoun change”, was far from perfect. She was rejected by many members of her family, felt reduced to the place of a second class citizen, and later came to regret her sex change operation. Yet, simultaneously, she felt a sense of calm and authenticity that she had been searching for in her younger years. She saw the two halves of her life, the pre- and the post-, through different lenses. There was the before: the beginning, the determination, the three marriages, the depression. Then there was the after: the surgery, the regret, the loss, the end. Although she felt disconnected with her past life, Berry felt renewed in her second. Recounting her life’s experience, she remarked that, despite the dissociation she felt with her past, she was determined as ever to “make the best of the life [she] stumbled into”.

Even after her death in July 1998, Danielle’s creations continue to reverberate within the ever evolving world of today. In May of 1998, Danielle Bunten Berry was recognized by the IDGA with a Lifetime Achievement Award. Just two years later, Electronic Arts’ revolutionary “Sims” series was dedicated in her honor. Bits and pieces of Danielle’s legacy can be found almost everywhere within the gaming sphere. While M.U.L.E. never reached the folds of commercial success, it still lives on as the formative multiplayer game, years ahead of its time. In that way it is not unlike its designer; a rule-breaker, a game changer, and a woman ahead of her years, unafraid and uncontainable.