Home Read Tracer Being Gay Is Ground-Breaking, But It’s Not Everything 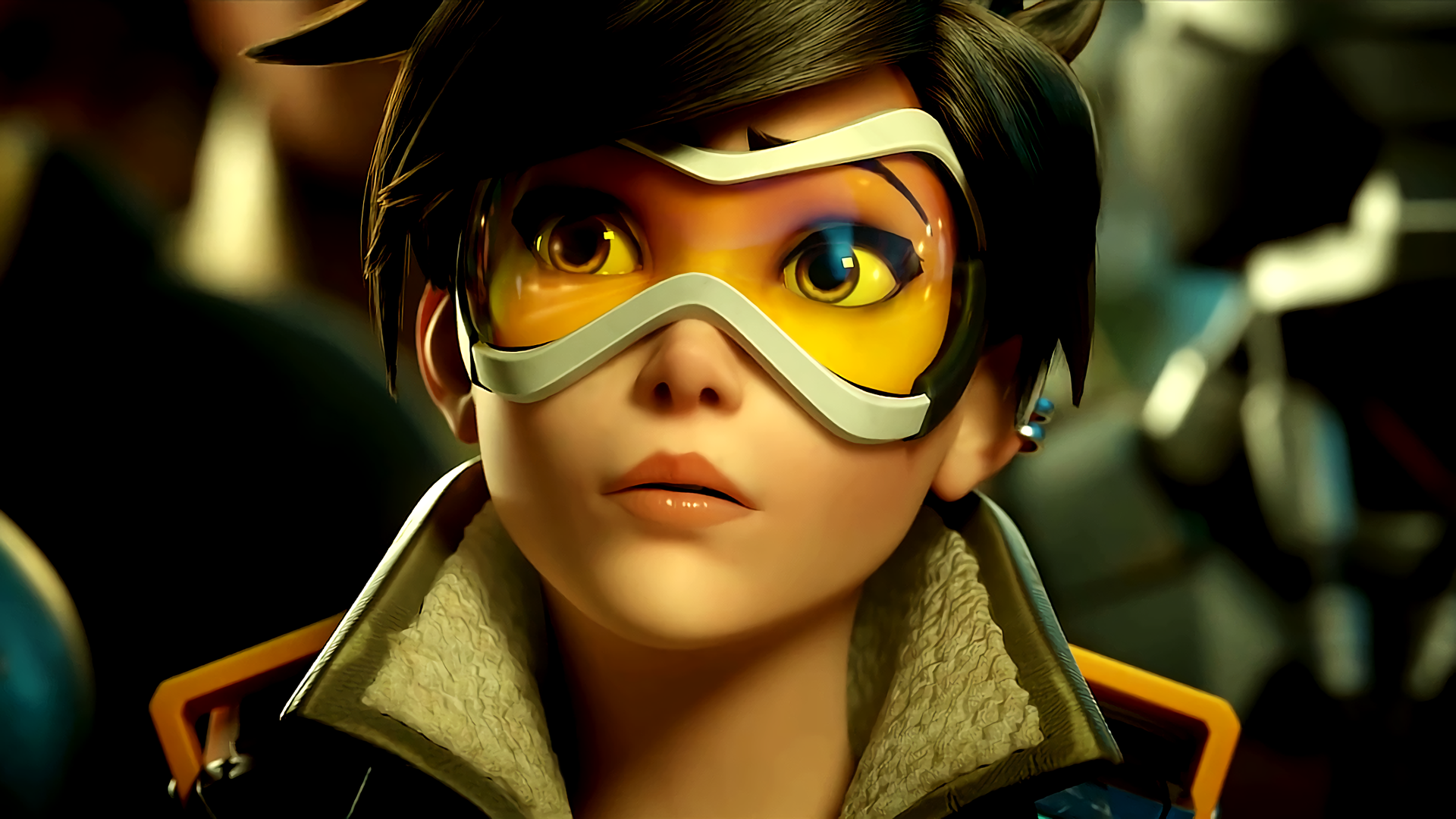 Out of everyone, I have been one of the most skeptical when it comes to Overwatch‘s LGBT characters. I’ve been very vocal about my doubts that Blizzard would ever make good on its promise to confirm which characters are LGBT, even expressing concerns that the company had changed its mind for fear of angering bigots.

But boy, did they just prove me wrong.

In a new, Christmas-themed comic strip, Blizzard confirmed that Tracer is gay.

Tracer has to whizz home in the cold to celebrate the most festive time of the year with her girlfriend, Emily. Emily, who is so happy with the gift that Tracer has brought her that she gives her a big kiss. 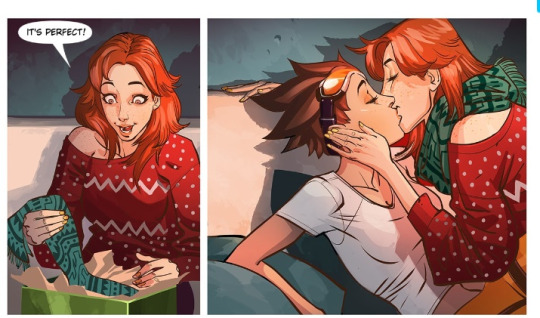 At the last count, Overwatch had over 20 million players. Available on PC, PS4 and Xbox One, the multiplayer shooter is one of the best-selling games of the year. As the only hero (out of 23) to feature on the game’s boxart, Tracer is undoubtedly the most well-known character in the game.

Tracer isn’t just gay in fanart, fanfiction and very enthusiastic, hopeful tweets (mostly by me). Tracer is gay in the game, just as the creators intended.

LGBT representation is one heck of a thing. It’s wonderful when a piece of media acknowledges that your identity is real and that you are more than capable of living a happy life as an LGBT person (despite what some may say). It should also be noted that knowing an LGBT person, or even a fictional LGBT character, increases a person’s likelihood of supporting LGBT rights.

Tracer, a character who is this image but with an English accent, is gay and it’s incredible. After a year of gay and bisexual female characters being treated as disposable on TV, it’s brilliant that one of the biggest pieces of media to be released this year completely counters that. The comic is just her just living her life and hanging out with a giant, talking gorilla who counts her and her girlfriend as “family.” How much cuter could it get?

Though, that’s not to say that this is perfect and I don’t want to pat Blizzard on the back too hard. 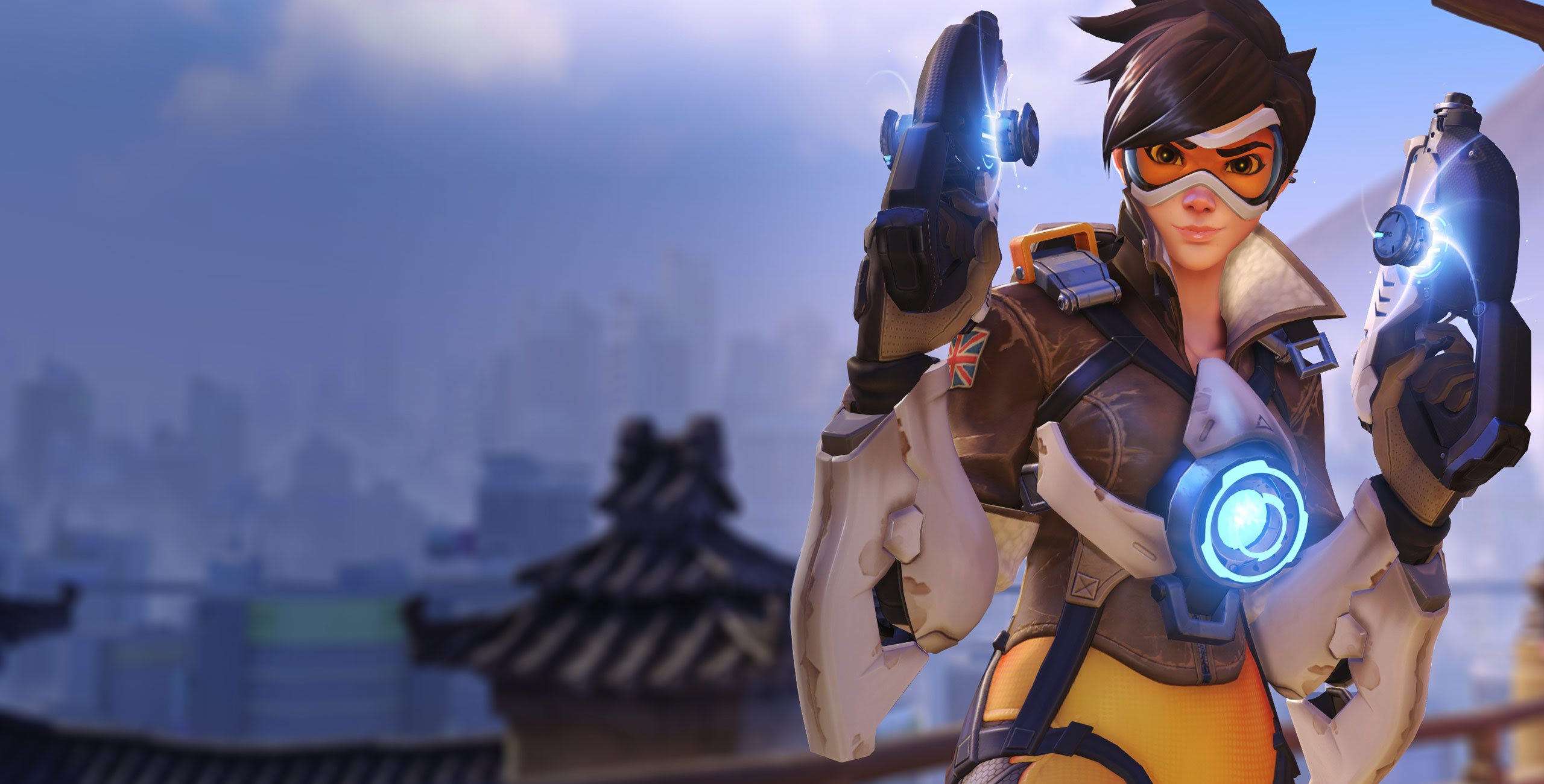 Yes, Tracer is gay in canon, but making her gayness canon in a bit of lore that does not feature in the game and is only available as a web comic, has its own problems. It allows people to dismiss Tracer’s gayness, also allowing those who haven’t seen the comic to willfully ignore it and/or believe that the character is straight.

There is no such ignorance allowed, for example, when it comes to Ana being Pharah’s mother. Ana has voice lines that confirm that she’s Pharah’s parent and make it known to anyone who plays the game. No, I don’t expect Tracer to have a voice line that sees her yell “I’M HERE, I’M QUEER AND I’M READY TO ESCORT THE PAYLOAD!” (though, that would be rad), but I look at this announcement and realise that it’s a convenient way to do things.

Other examples of ‘convenience’ include Dishonored 2, in which lead character Emily Kaldwin has dated people of several genders (the love of her life is presented as gender neutral).  However, this fact has mostly been made clear by social media posts from creative director Harvey Smith.

The Last of Us‘ protagonist Ellie is also a gay lady and in (The Last of Us DLC) Left Behind, she shares a kiss with her female best friend. While there’s plenty of opportunity to mention Ellie’s sexuality in some capacity when she takes the lead in The Last of Us Part Two, again, it’s an example of how a character’s non-heterosexuality can easily be ignored.

(It should also be pointed out that the interview in which The Last of Us’ creative director Neil Druckmann confirms that Ellie is gay, has been taken offline. The quotes are only available thanks to posts by fans.)

One reason that Blizzard may have chosen to reveal Tracer’s sexuality in this way is because if the company had mentioned it in the game, it would risk being banned or possibly reclassified in places like Russia. In Russia, the ‘gay propaganda’ law forbids LGBT-related content from being shown to minors, meaning that a game like Overwatch (Rated age 12) would have to be 18-only. It’s for this reason that Blizzard chose not to make the comic strip available for Russian users.

This just further highlights how the Tracer reveal is ground-breaking but not revolutionary. It’s perfectly understandable why the company would want to keep the game rated 12 (read: more sales), but it also shows how Blizzard is only willing to be progressive to a point. (To the point where it can protect its bottom line.)

I realise that it sounds as though I’m arguing that LGBT characters should be all about their LGBT identities and, that they should be ‘loud’ and ‘in your face’ about it. It probably sounds as though I’ll get angry when a developer mucks it up and does something stereotypical regarding said identity. Or, that I’ll be up in arms when they make a character that is only about their sexuality or gender identity and there’s nothing much else about them.

But that’s not the case.

What I want is characters who are free to be unabashed about their non-heterosexuality and developers who own and embrace it to the point where bigots can’t straight-splain (or cis-splain) those identities away.  I want developers to allow their LGBT employees to have an influence on this, to help the developer to get it right and to make sure that the representation feels honest and true.

Tracer is a step in the right direction, though, and I’m excited to become a Tracer main in response. Plus, with Blizzard having said that there are multiple LGBT characters in Overwatch, the developer has plenty of opportunity to improve.