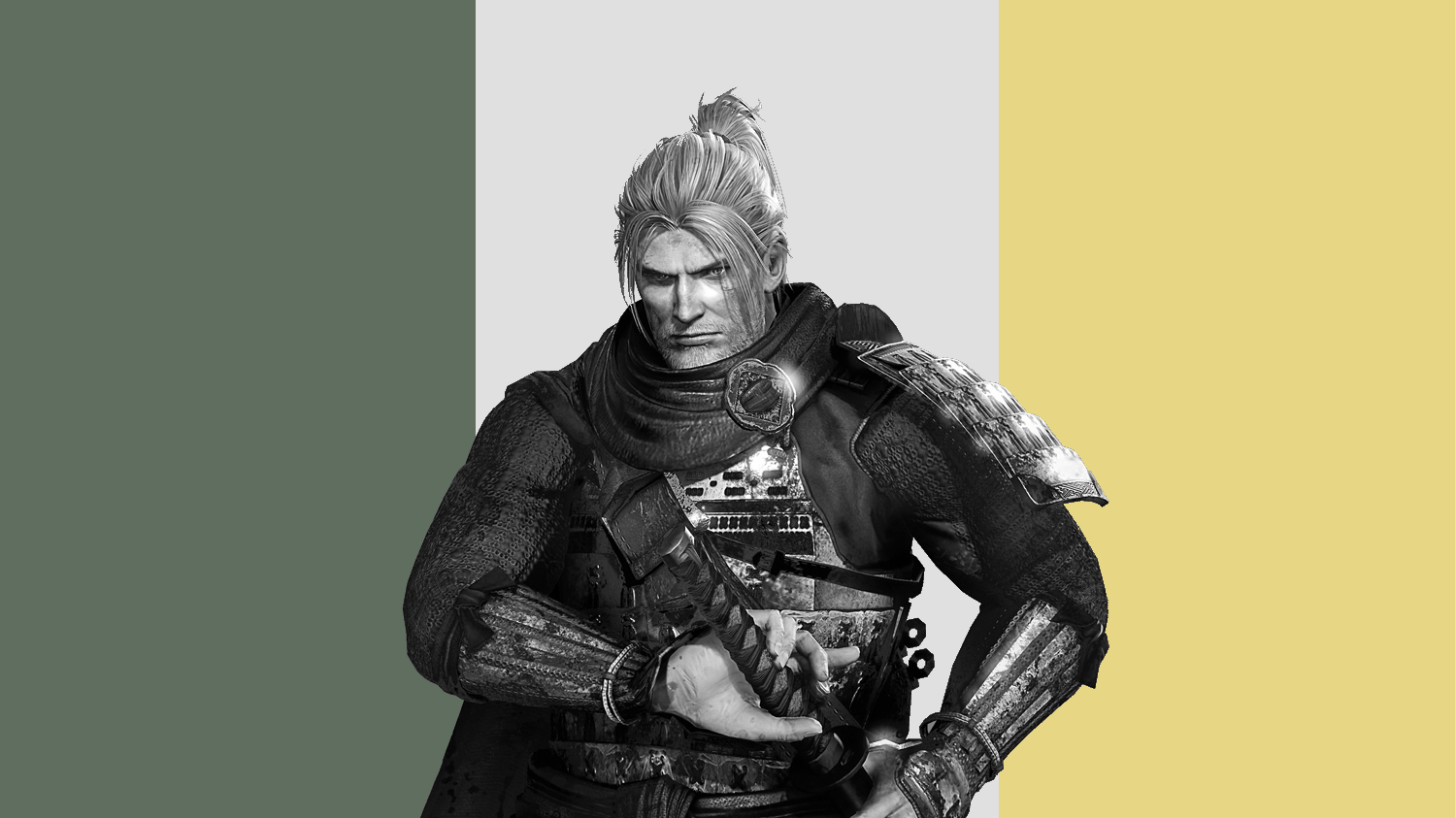 “Pinch your nose,” your family said to you, when you were a child. “Your nose is too flat. If you pinch it everyday, it’ll grow tall and pretty.” One of your Filipina classmates confirms this story, citing a cousin of hers whose nose really did lose its roundness after being subjected to daily pinching. You don’t believe her story at all, but you do begin to envy your white classmates, whose noses are effortlessly beautiful. You don’t stop to question why you should prefer a tall nose, when so many Filipino noses are naturally flat.

As an adult, a white man compliments your “pretty” nose. The words confuse you more than anything. All your life, your Asian family and friends have told you the exact opposite.

Let’s start with a gamble of sorts: over the past year, you’ve likely encountered the word “whitewashing” in a stray argument on YouTube, Reddit, or some other popular enclave of internet discourse—or perhaps even offline. There’s a strong chance you saw this word leveraged in a conversation about the live-action Ghost in the Shell movie or perhaps even Netflix’s Death Note adaptation.

There’s a much smaller chance that you saw this word used in a discussion of Nioh—a game centered on a white samurai—which on the surface appears to fits snugly within this larger conversation. But despite the typhoon of outrage that continues to whip the internet into a frenzy at the mere mention of whitewashing, Nioh itself appears largely overlooked.

Nioh does differ in the sense that the white samurai at the center of the tale, William Adams, is a real life historical figure and one of the few Western samurai recorded in history. Still, questions linger. Why center the story on a Westerner? Why not the more obvious choice of the first shogun, Tokugawa Ieyasu himself?

Most of all, why does he have blonde hair and blue eyes? 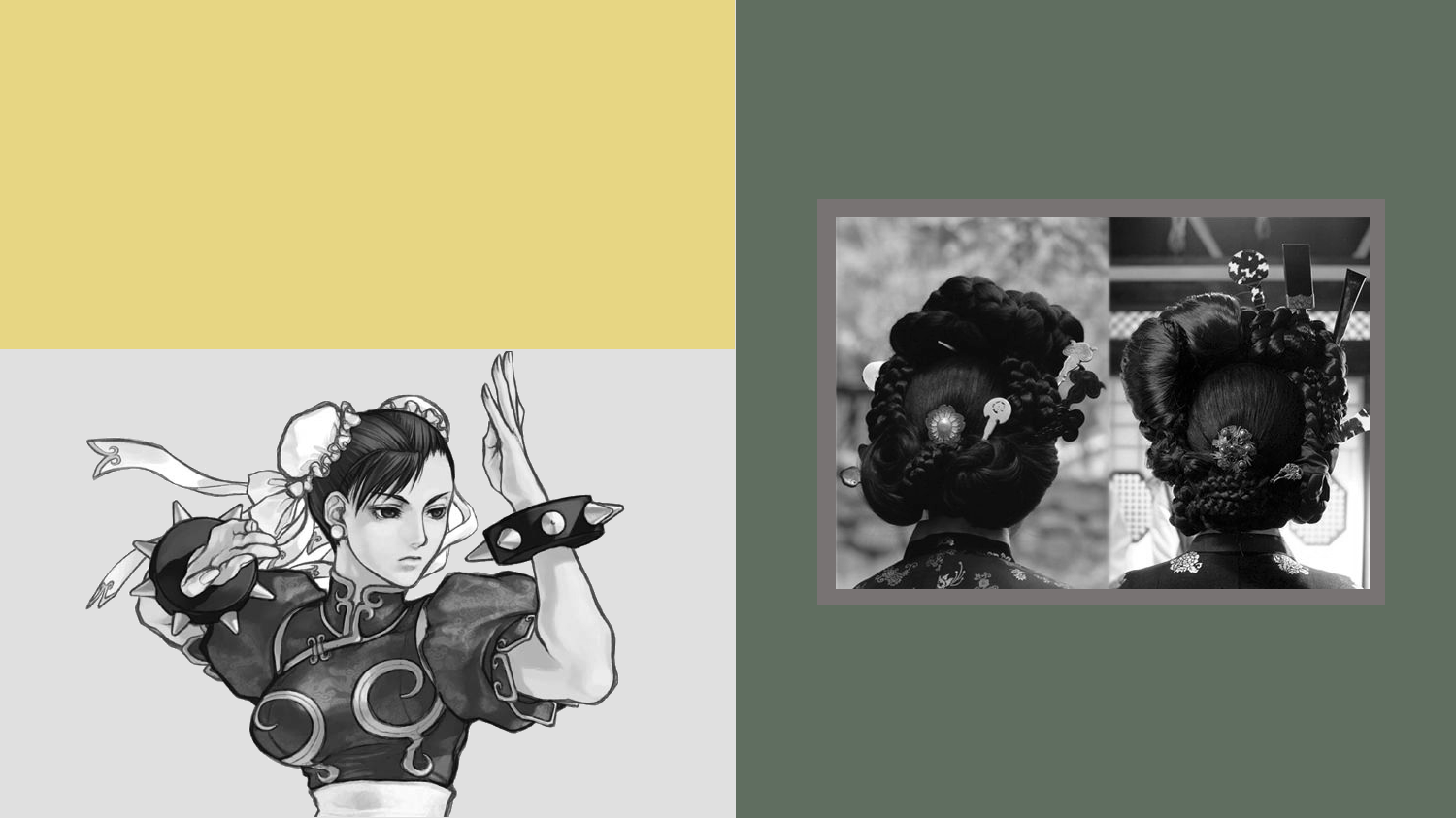 You had a K-Pop phase, back when you were of an appropriate age to be into something like K-Pop. Your favorite group often told the story of its fifth and final member, a young man who briefly lived in America. The other group members spoke of how excited they were to have a “blonde-haired, blue-eyed” American on their team, only to taste bitter disappointment upon realizing that their teammate was just another Korean American.

Years later, you watch the music video of a blonde-haired white American who is attempting to break into K-Pop. At the start of the video he proclaims, “America and Korea, this has never been done before.” You roll your eyes. There are plenty of Korean Americans in K-Pop. Why does this guy think he’s so special?

By all accounts, the real life William Adams looked nothing like the protagonist of Nioh. One could write this off as an arbitrary difference, except that Nioh’s director cites these specific qualities—blonde hair and blue eyes—as a core aspect of the character’s design ever since he was first conceived:

“The concept of having a blonde haired, blue eyed protagonist … has not changed since the game’s inception over 10 years ago.”

So why this specific image? Why this design? To answer these questions, we need to acknowledge another crucial difference concerning Nioh, one which thrusts this issue into more uncomfortable territory: unlike the live-action GitS or Death Note, an Asian production team created Nioh. In other words, it was a group of Asians who insisted on a blonde haired, blue eyed white protagonist over an Asian protagonist.

Which isn’t that surprising, when you think about it. After all, even (or perhaps especially) amongst Japanese games, how many popular protagonists are explicitly Asian? Of those, how many forego the more racially ambiguous anime art style in favor of characters who actually look Asian? Let’s see, there’s Kazuma Kiryu, Ryo Hazuki … Chun Li, I guess, even though her qipao is totally stereotypical? 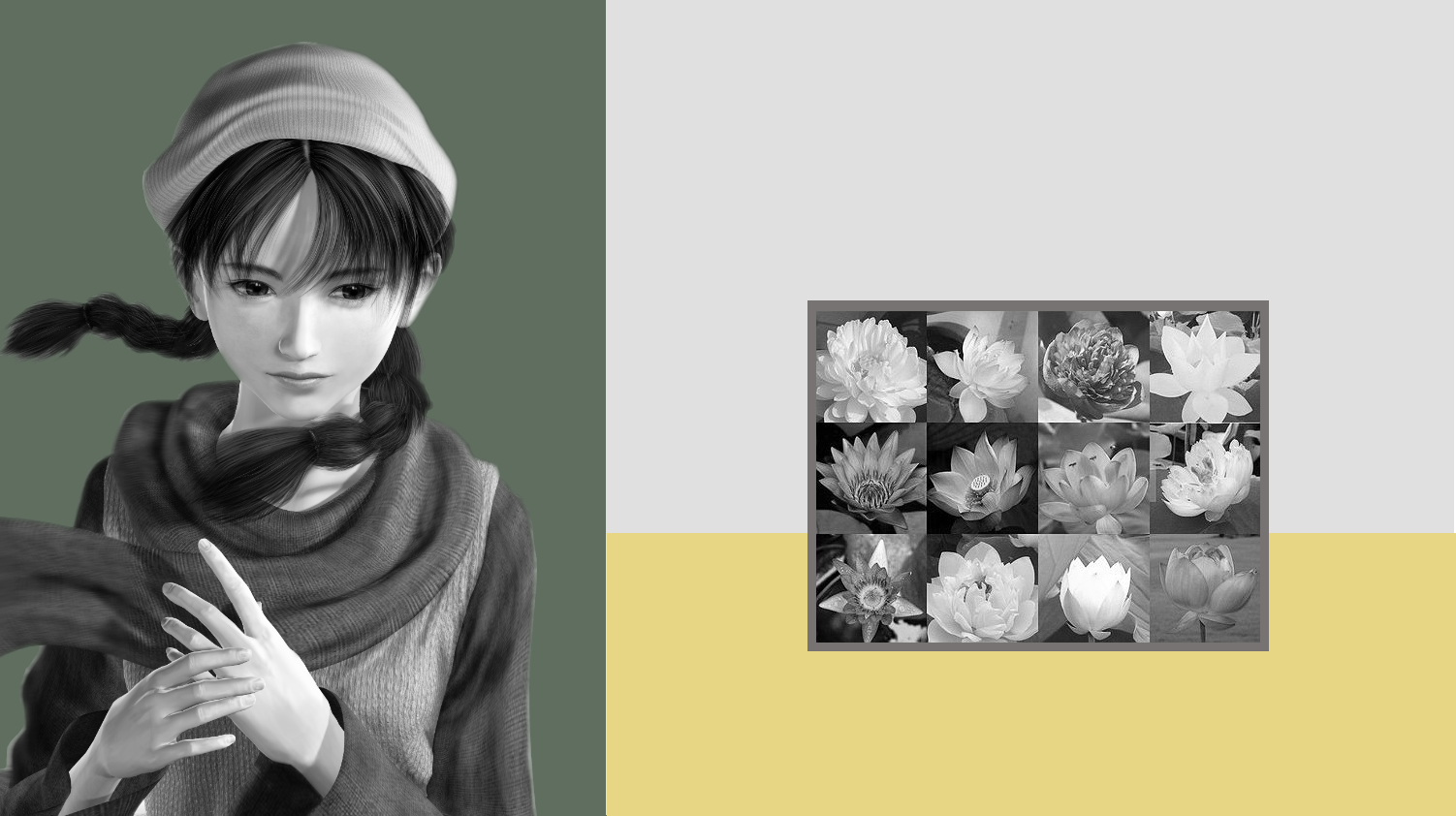 You study in China for a semester. One night, you accompany a friend to a club in the city of Chengdu. A young Chinese man showers your friend with unsolicited compliments: his pale skin, his larger eyes, his sharper jawline, his high-bridged nose.

The man’s words cause a tightness in your chest that you try to ignore. This feels like a daily occurrence, seeing Chinese strangers praise your white friends for being white. But you wanted to have fun tonight, so you bury those feelings. And then you smile and you translate the compliments into English: his pale skin, his larger eyes, his sharper jawline, his high-bridged nose.

There are moderately benign explanations for why this is. One could argue that Westernized protagonists are an attempt to appeal to a broader market outside of Asia—which is still fairly messed up, this idea that only white-looking characters have mass appeal—but even so, I feel that there is more at work here. Something deeper, more personal, and more insidious.

To me, this feels like a confirmation of something I’ve known all along. All my life, fellow Asians have taught me that Western Anglo Saxon features are attractive, desirable, preferred. That my own appearance is inferior and in a specifically Asian way. That I should strive for a standard of beauty that is undeniably touched by whiteness. 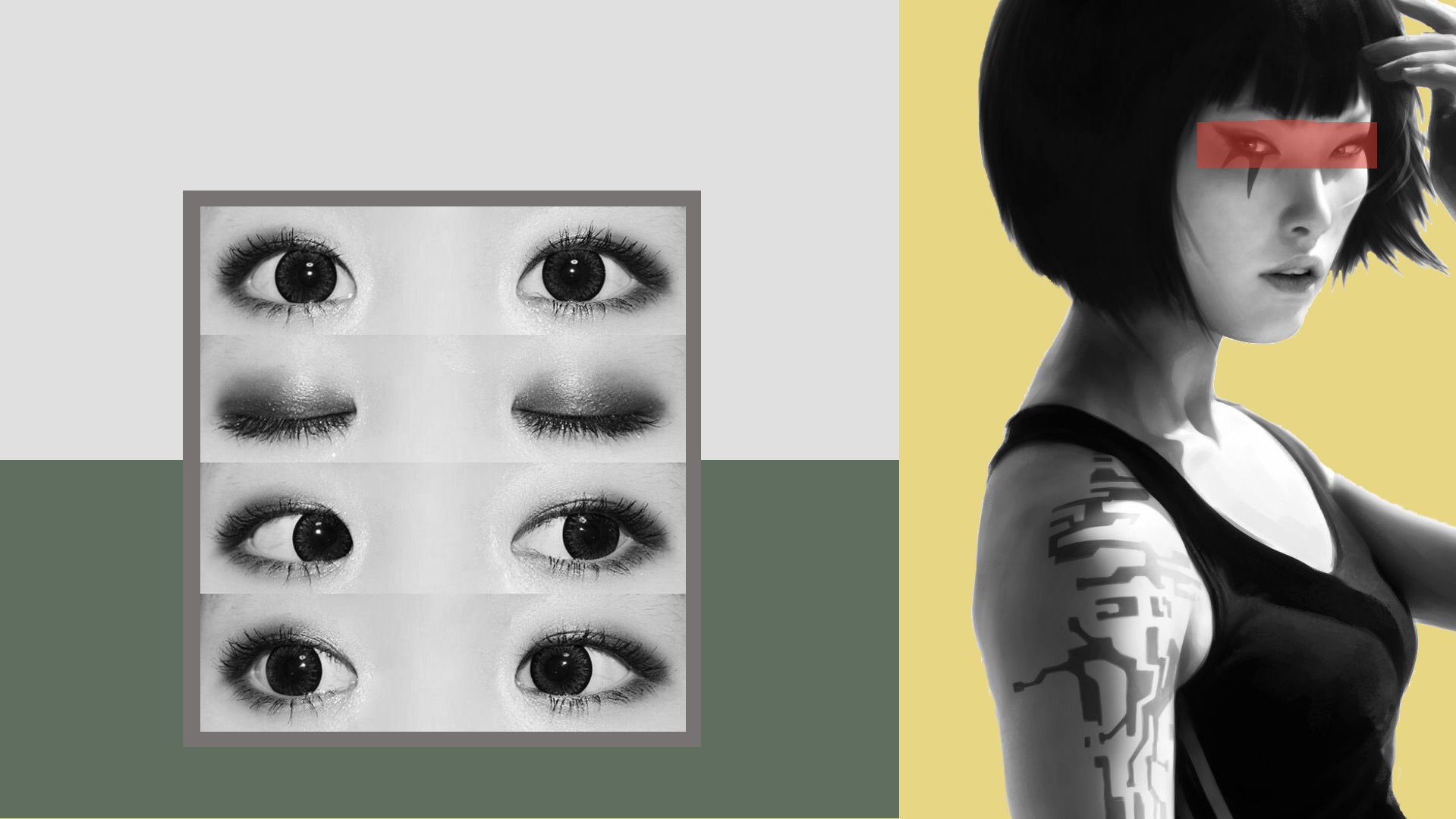 You have a Korean friend in college who gains a reputation for obsessing over her own uncreased eyelids. “Double eyelids,” she explains to baffled Westerners, who have never heard of such a term in their life. “White people are born with them, but a lot of Asians aren’t. Most Korean girls get plastic surgery in order to crease their eyelids, but I refuse to!”

Despite her proclamation, she obsesses over her eyelids. One time you catch her drawing a crease on her eyelids with a black marker. For the most part, you think she’s ridiculous. But privately, there’s a part of you that understands her, perhaps a little too well.

It’s the sort of problem that feels too big to solve and too amorphous to fully grasp. I do not intend to fingerwag at my fellow Asians and lay the blame solely on them. It is, like most things, more complicated than that. There is an intricate web of causality surrounding this issue, a myriad of social, political, psychological, historical (etc.) explanations for why things are this way.

In the end, I’m left to decipher my own personal experiences, a lifetime of my fellow Asians telling me that our Asianness is less attractive, less desirable, and inherently inferior to whiteness. It’s difficult to parse out a clean, tidy lesson from all this, or to neatly wrap up this too-big problem in the bow of some pithy takeaway.

I don’t expect for video games to single-handedly solve this issue. I fully understand that Nioh is ultimately not the solution I’m looking for. But it does feel symptomatic of something bigger, like a single stray tendril in a labyrinthine patchwork.

In my own life, I try to reject this narrative in small ways. I’m attempting to hate my nose a little less. I question what others have taught me about my own appearance. And when I see a Japanese-made samurai game with a white man as its protagonist, yeah, I question that too.