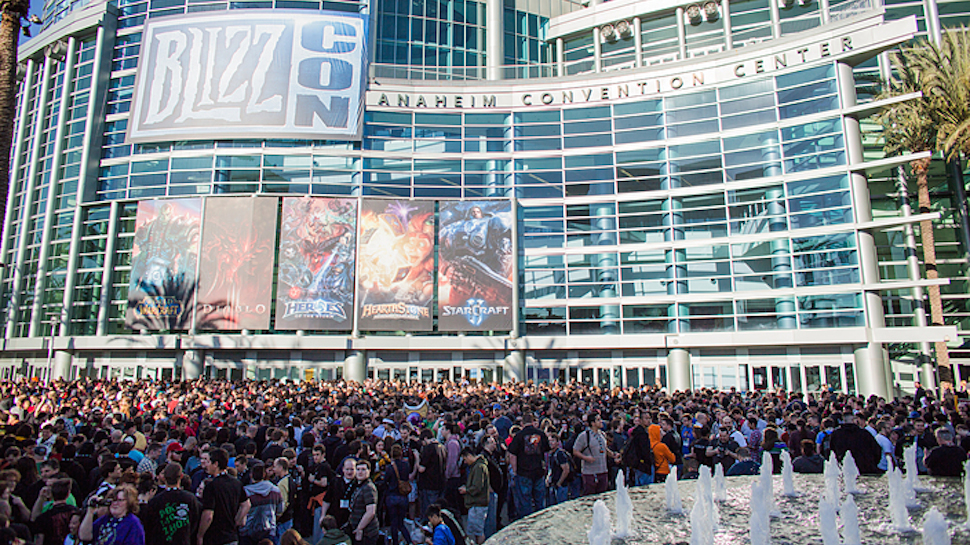 Conventions are primed for social anxiety overload. With TwitchCon today and tomorrow, and BlizzCon the first weekend of November, we want to help you destress with tools for managing your anxiety. We aren’t doctors, but we are convention-goers.

Have a safe space

This can be a quiet corner at a nearby Starbucks, your car with the windows rolled down, a friend’s hotel room, or, as my friend Emily puts it, “hiding behind shrubbery.” A safe space acts as your temporary home away from home. Resultantly, you can decompress quietly.

Have a friend who understands

This is a big one. Some people still think that depression and anxiety are choices we make (because it’s totes obvs that people would wanna have anxiety attacks – smh). Find a friend who is going to the convention who you can confide in. Then, meet up at your safe space and take a breather. Otherwise, if you don’t know anyone at the convention, ask your Ann Perkins text you every 30 seconds.

Hydrate and remember to breathe

Sounds dumb, but staying hydrated and keeping food in your belly is super important. We all get on edge or hangry when we don’t have enough to eat or drink. You’re gonna be walking a lot, so keep a water bottle with you. And speaking of drinking…

Don’t drink if you don’t want to

The TwitchCon parties is guaranteed to be boozin’ it up. So too are the various BlizzCon parties and shindigs at nearby hotels. Because of this, it can be hard to feel like you can hang around friends who drink without having a glass yourself. Stand your ground, and don’t let someone pressure you into having a drink. You absolutely don’t have to be drunk to have fun.

Having a game plan helps

You probably go to Disneyland knowing what rides you wanna hit up and the fact that you want at least 2 Dole whips. Knowing the convention schedule and layout ahead of time can help keep your anxiety under control. Also, TwitchCon and BlizzCon both have apps where you can keep track of the convention schedule.

The @TwitchCon maps in the event app were kinda lame, and they were only available via the app so I made my own. https://t.co/AnW9WKJE4c pic.twitter.com/Emt3HPZ6nY

Take breaks and give yourself a break. You don't have to do all of the everythings.

Designate a safe spot to retreat to when it gets overwhelming!

Use the buddy system, always have a person you can focus in on if things get hairy. Being able to ignore the masses even for a moment helps.

I study the schedule, plan out exactly where I need to/can be at all times, so if I get disoriented I know where to go.