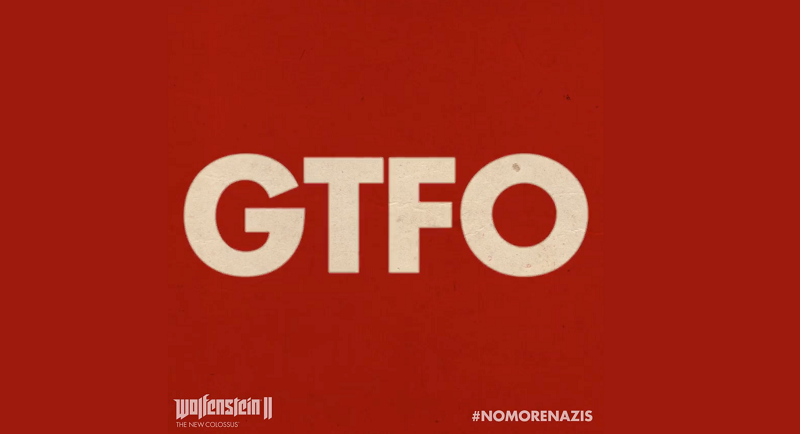 “Make America Nazi Free Again” is controversial to say in 2017. This is a sad bellwether of where we’re at, generally. But the fact that Bethesda has been reassuring fans that the political appearance of Wolfenstein II is all coincidence begs the question: Should games have social commentary? What role do games play in culture generally? 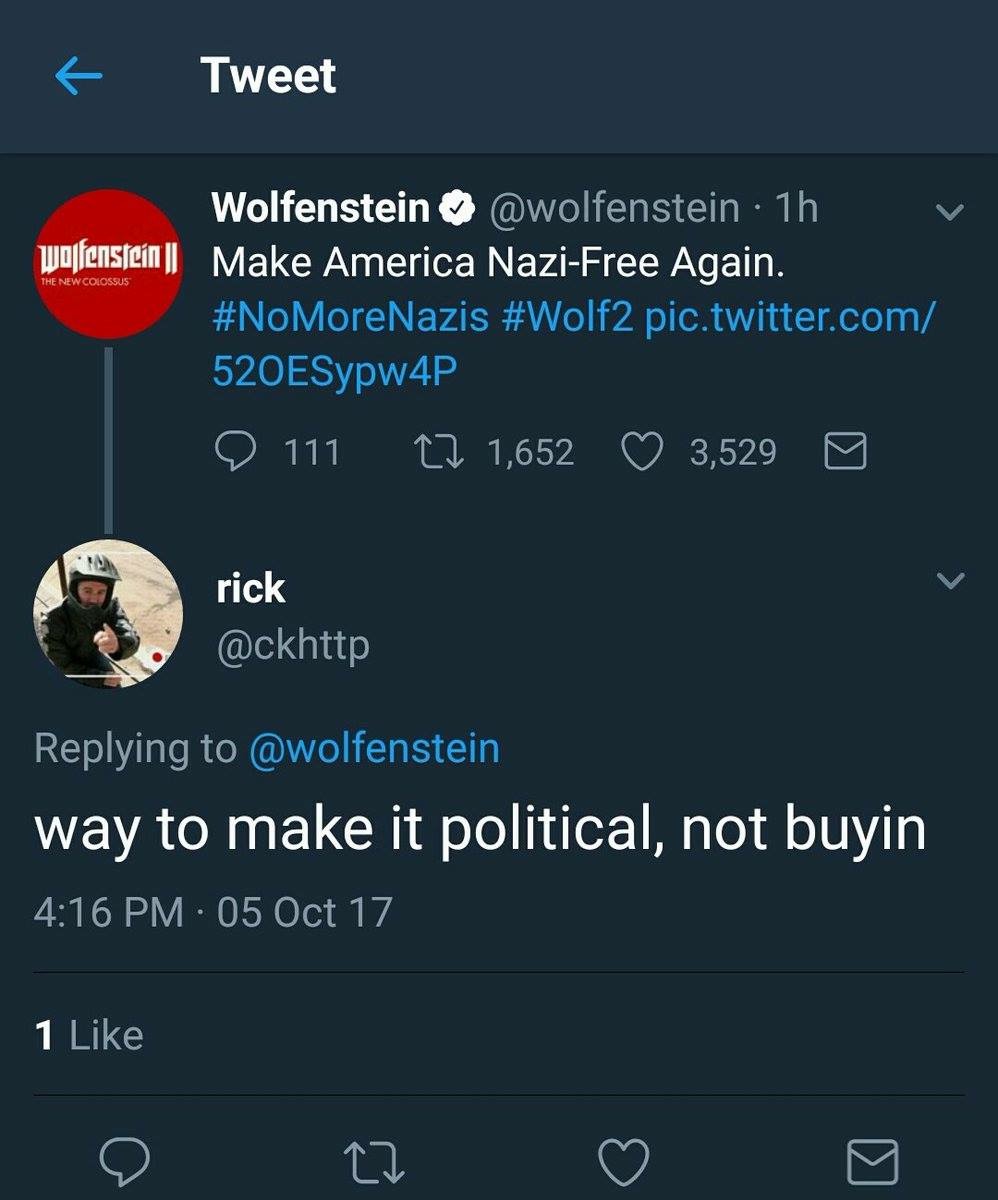 Junk food tastes good. But if all you eat every day is double bacon burgers and French fries, you’re going to ruin your body. And one day you’re going to have that massive heart attack.

We are having the cultural equivalent of a massive heart attack. Online gaming culture is hugely toxic, with Pewdie Pie’s fiasco revealing the tip of that ugly iceberg. Beyond the world of gaming, we have flag-waving, Swastika-wearing Nazis marching through American streets. Half the country lives in poverty, several dozen cities have poison for drinking water, and our infrastructure is collapsing. 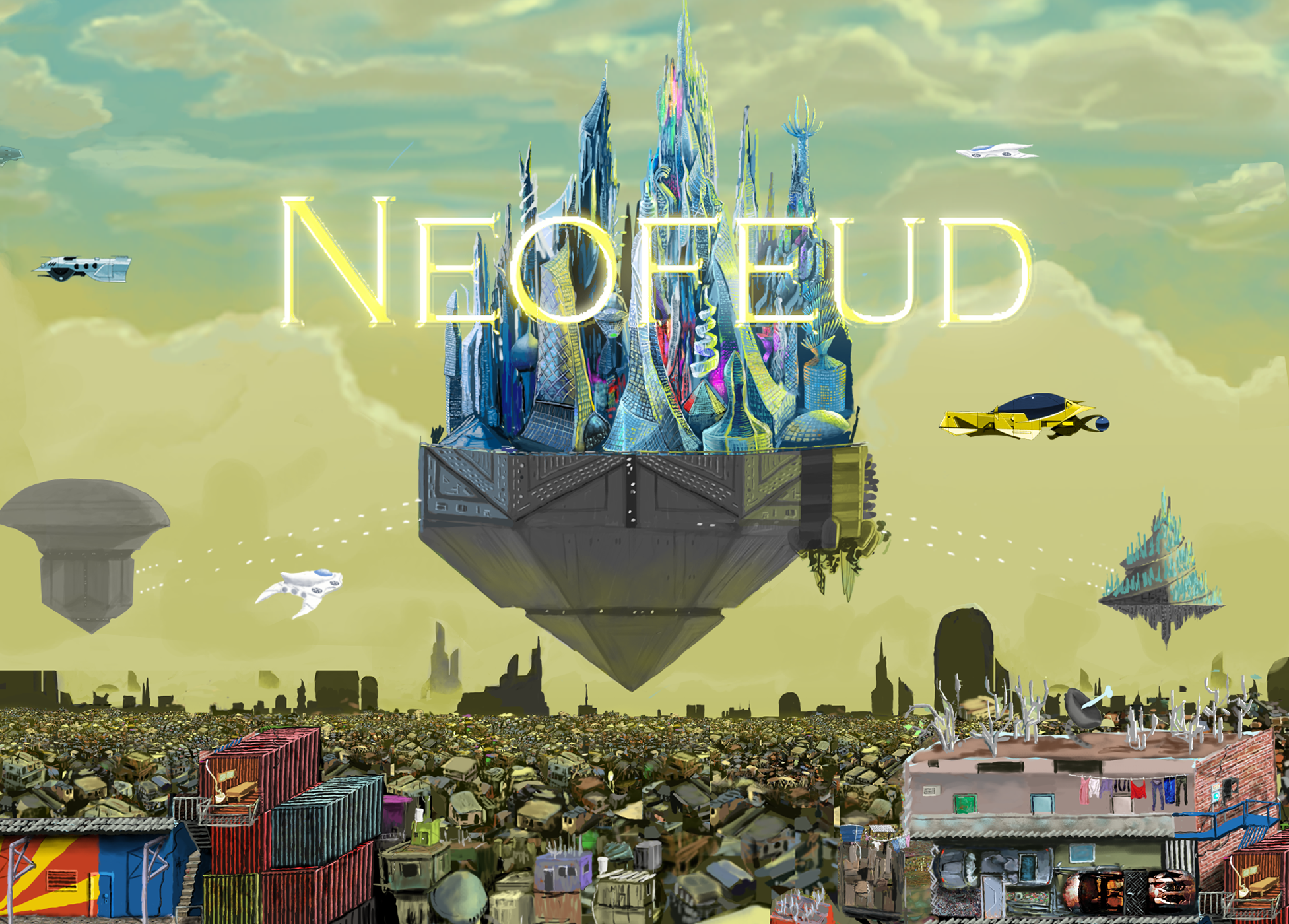 Standing Up Is Risky, But Vital

I recently released a dystopian point-and-click adventure game called Neofeud that deals directly with racism, classism, and skyrocketing inequality through the lens of science fiction. It was designed to be a compelling, engaging, 15+ hour experience on its own. But as a person of color who grew up in a ghetto, then worked as a teacher/social worker with homeless children and immigrants for years, I definitely had a message to communicate: cyberpunk dystopia is already here, it’s just society is good at hiding the dystopic parts. The degree and breadth of that dystopia will spread, if nothing is done.

Reactions have varied from, “Has something to tell and does this in a brilliant way, without hitting you in the face with his message,” to “Different and cerebral.” And of course there were the folks who didn’t like Neofeud, because it was “too political” for them. As a professional game developer who relies on revenue from my customers to pay bills, this is a risk I had to consider. “What if a lot of people get upset because of the political aspects of the game, and cause it to fail?” But I’d rather be criticized for “saying too much” than not saying anything. 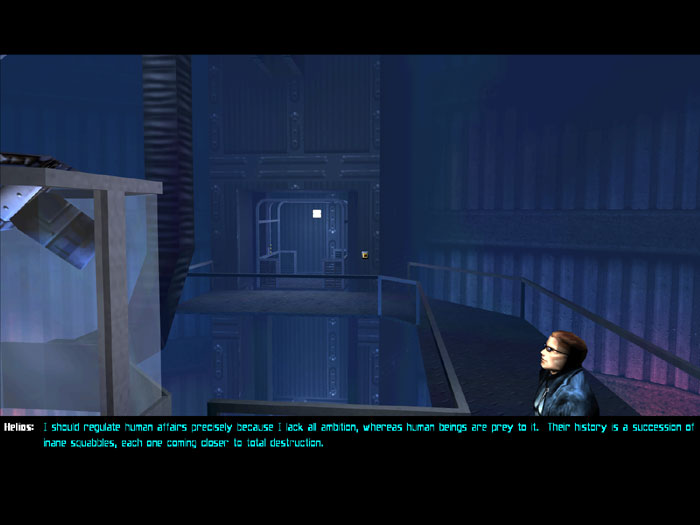 Deus Ex, often lauded as one of the greatest games of all time, was a game that took huge risks. It not only revolutionized gaming by introducing the FPS/RPG hybrid, but was also one of the first titles to seriously explore a plethora of political and deeply relevant topics at the time. It examined the nature of terrorism, nationalist blowback in the context of neoliberal globalization (sound familiar?), the coming trans-human age, and the implications of mass-surveillance. Above all, Deus Ex emphasized the need to ‘question everything’, especially information sources — something increasingly relevant in our milieu of ‘fake news’ of all sorts. Today, games like Fortnite are suggesting that an inclusive and positive online gaming experience not filled with slurs and hate is indeed possible. 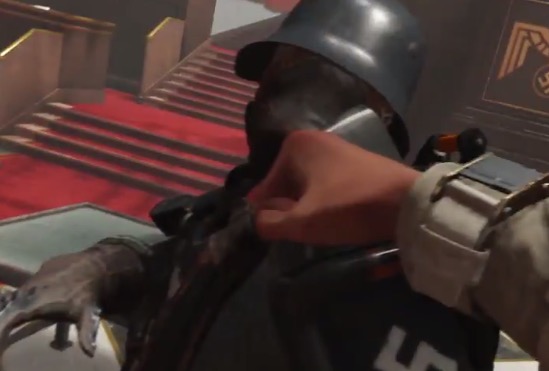 Similarly, I applaud Bethesda for doubling down on their anti-Nazi stance and marketing campaign, even if it is just marketing. Because taking a political stance is always a risk, but the only thing necessary for the triumph of evil is for good people to do nothing. And I believe that goes for developers and platforms as well.

Ultimately, I think that we all should double down on taking stands on things we believe to be right — in our games, and society at large — while we still have a (relativity) free society in which to do so.