Home Read What Hellblade Reminded Me About Living With Depression

The shaman is the person, male or female, who…has an overwhelming psychological experience that turns him totally inward. The whole unconscious opens up, and the shaman falls into it

I couldn’t get this quote by Joseph Campbell out of my head while playing Hellblade: Senua’s Sacrifice. Not just because he’s one of my favourite narratologists (You know you’re in deep when have more than one), and not only because Hellblade is a classic example of the Hero’s Journey, but because of how deeply Hellblade reaches into his work. Like primeval fire stolen from the gods, it draws Campbell’s spark deep into its chest, imbuing its very essence with a burning, introspective vitality. It understands that The Monomyth, despite its presence everything from Princess Mononoke to Cola ads, was never intended just as a framework for storytelling, but as a representation of the growth the human subconscious undergoes throughout a lifetime. The way Hellblade presented these ideas felt like therapy.

I’ve always been fascinated by stories and the reasons we tell them. It’s why I devour fiction like my life depends on it, why I read books on the structure of myth. I’m not sure exactly where the interest comes from. My mum reading me Oscar Wilde a lot probably helped, or my teacher lending me her battered, hardback copy of The Hobbit when I was nine after I wrote a story about orcs (I thought Warcraft II had invented them). Whatever the source, I’ve felt strongly for a while now that mythologies and narratives, whether they be cultural or personal, are a huge factor in how we relate to the world. We tend to experience life events in a fragmented manner, and it’s only through hindsight, through story, that we’re able to find coherency in these disparate experiences. Like a tapestry of cloth scraps, the end result is clarity from chaos. A thousand tiny streams rushing into the single, clear pool in which we see our own reflections, letting us make some sense of who we are; what shape our personal journey is taking. 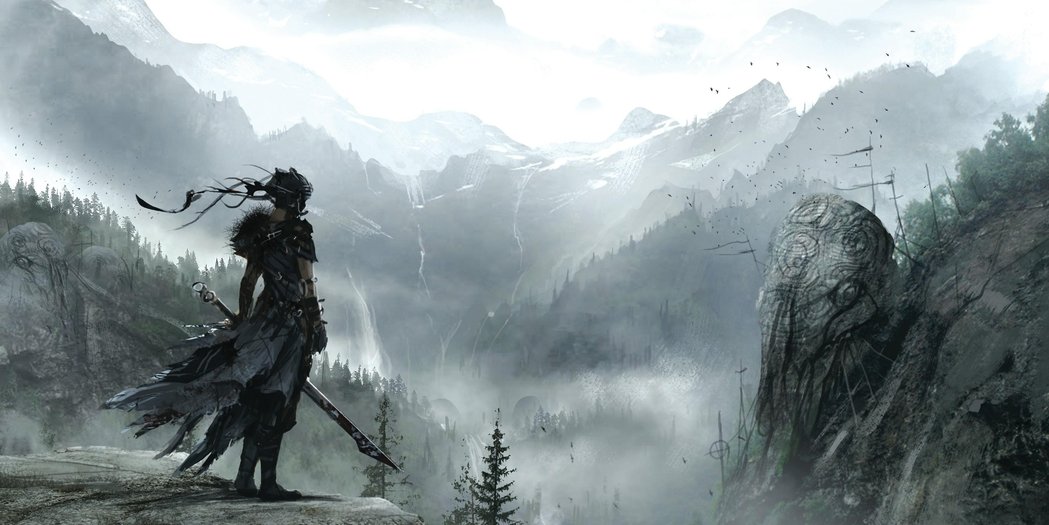 As an adult, or at least a vague semblance of one, my fascination with stories comes from something else. I tell them when I write, of course. When I write journalism or reviews or try to write fiction. But I also tell them to myself every day. I need to tell myself these stories, constantly, because if I trust, without question, the stories that my head tells me, about me, it’s pretty difficult to get out of bed in the morning. If I put any weight in the almost constant feeling of dread that my makes my nerves bristle and my breathing jagged and staccato and my heart race, which in turn makes me berate myself for being weak, scared, worthless, which feeds back into the fear in a vicious cycle, then there’d be no point getting up in the first place.

One side of the story

I’m feeling ok, now, as I write this. I always feel good when I’m writing. I can’t always express myself properly around people. The words I revel in and play with when I write are lost to me so easily, and grasping just makes them slip quicker. This leaves me embarrassed, anxious, feeling foolish, which in turn makes me spit out half chewed, beheaded cadavers of sentences. But I’m in control, here. Mostly. When things are going well I can’t – or don’t always want to – remember exactly how it feels when they’re not, so I wanted to apologise in advance if I don’t give neuro-divergence it’s proper gravitas here. Hellblade‘s protagonist, Senua, has severe psychosis, and I am in no way insinuating that my own difficulties with mental health are comparable. Everyone’s experience is different, and I can only talk about mine. 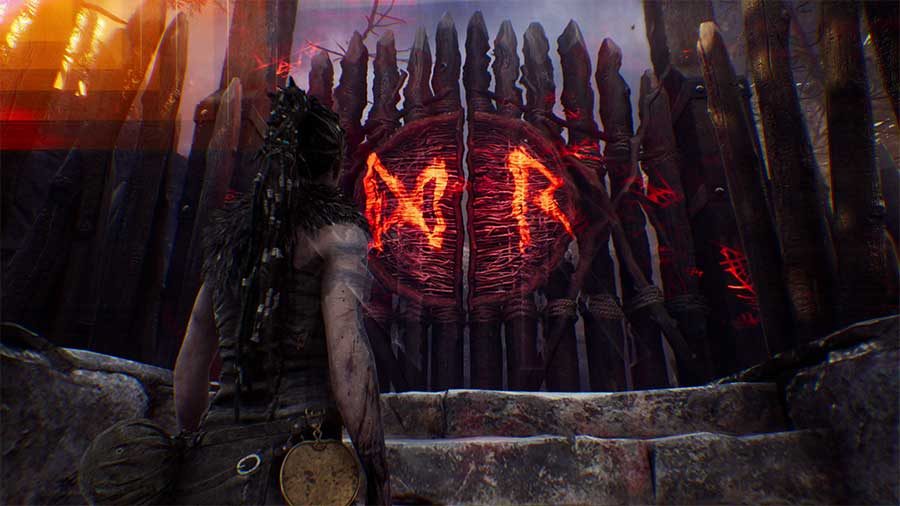 Many of the puzzles in Hellblade involve perception shifts. By finding the right location, you’ll focus in on some broken part of the environment, align the shattered pieces, and forge yourself a new path. It’s such a perfect allusion to the way depression and anxiety rob you of your ability to interpret reality sometimes. When you begin to become cognisant of how fear dictates your actions, how perceiving a situation as hopeless makes you withdraw and stop trying (which of course becomes a self fulfilling prophecy) it becomes very difficult to trust your own emotions. This can work both ways, too. You start to build up walls against your own instincts, and then don’t react to genuine problems that need solving because you’re so used to seeing the earth shattering in the miniscule – making rabbit holes out of mole hills, as I like to call it. The way these puzzles play out, it’s a wistful reminder of how easy it is to get in your own way. It’s like the famous illusion. You freak out about rabbits and then you realise it’s been a duck the whole time. Being confronted with this aspect of myself through Hellblade‘s ludic, bardic visual poetry reminded me how it important it is to slow down sometimes, to try out all the angles. It’s usually better to reach for the spyglass than the war paint.

The combat in Hellblade is as weighty and deliberate as a Souls game, requiring calm and tactical inputs from the player, but it also conveys scrappy desperation. You don’t only feel the heft of Senua’s sword behind every swing, but the emotional weight of her journey. You’re in a constant struggle between hopelessness and perseverance. This is given a unique twist by a message early on informing you of a permadeath mechanic. Every time Senua dies, black corruption called ‘rot’ snakes up her arm. If it reaches her head, the game tells you, all progress will be lost. I was about two thirds of the way through when I realised this was a lie. Hellblade has no permadeath, but it didn’t matter by then. The deception achieved its intended effect. It made me play more cautiously. Gave me the drive to hack away to my last scrap of health in fights I might have otherwise given up on. As a mechanic, it conveys how futile effort can feel sometimes, but there’s a more hopeful side to it as well. Look, I won’t be as flippant as to describe depression as a gift, but I don’t know what it’s like to see the world otherwise, so I have to find the positives. If you’re used to grey, the colours are sharper when they do decide to show up. Sometimes, just waking up with the energy to make changes is the greatest gift imaginable. 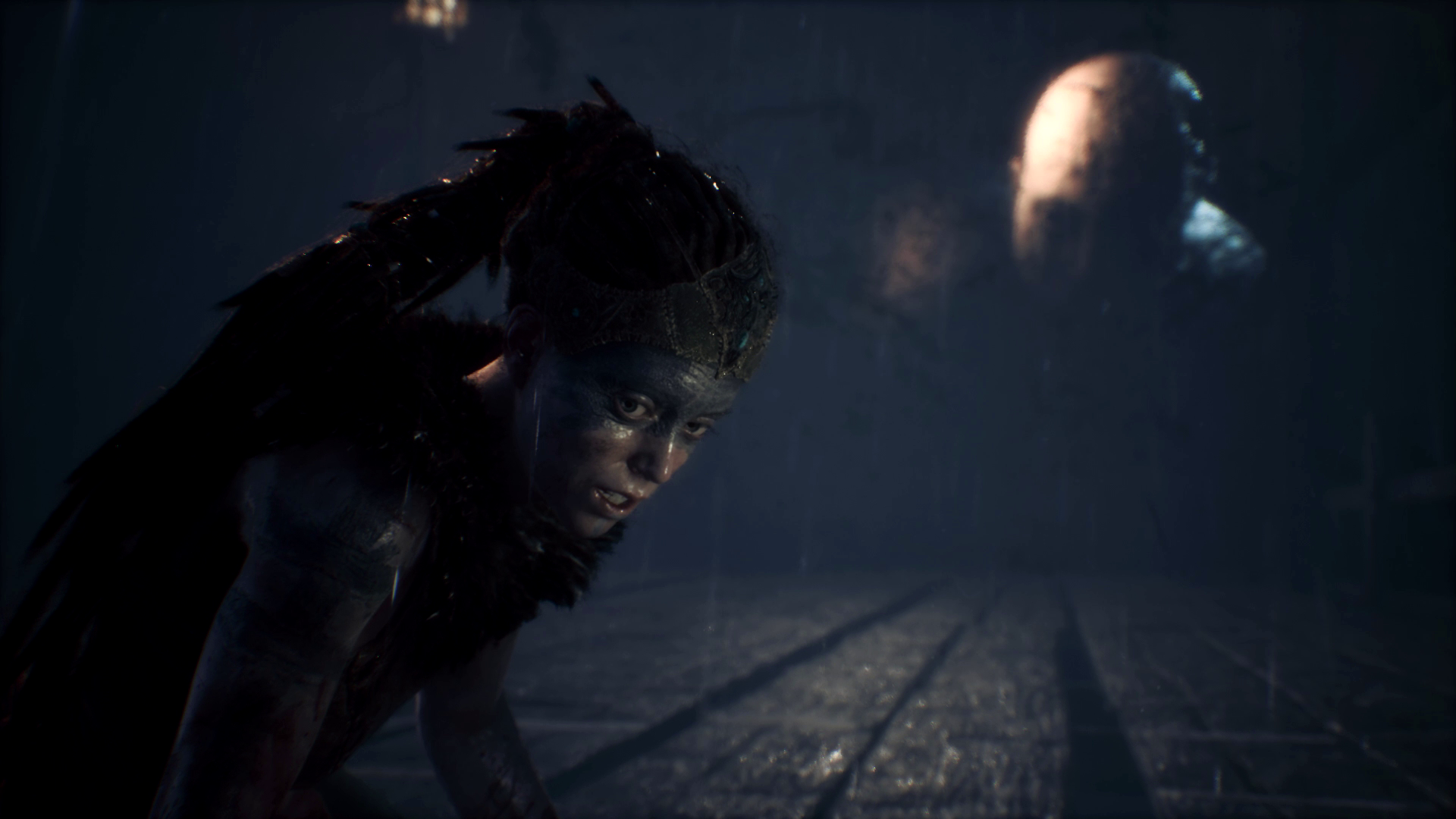 Every time you’re seriously weakened in a fight, the voices in Senua’s head will simultaneously berate and encourage her. “She’s weak” “She can’t go on” “She must go on”. The game refers to these voices as Furies, the female spirits that haunted the guilty in Greek mythology, possibly making their way into the Norse myths that colour Hellblade through Anglo-Saxon manuscripts. Either way, they’re a fitting inclusion. One of the most exhausting tricks depression pulls is convincing you that you feel like shit because you deserve to. And even writing this, I’m thinking, well maybe I do? My head, like Senua’s, can never seem to decide. I’m never even sure if words like ‘deserve’ really mean anything. If there’s no coherent order to life, no story thread running through it, is there any point berating ourselves, or even trying to be better people? If there’s no clear end goal to our quest, how do we know when we’ve won, when to stop examining ourselves and turn our focus outward to help others? If we can’t spot the magic weapon in a pile of rusty swords, how will we know when it’s time to go save the village?

Hellblade has, I believe, an answer for these questions, but it’s hidden in what seem at first like banal videogame collectibles. Throughout Senua’s journey, she’ll encounter rune carved stones that trigger story segments read by half mad mentor figure named Druth. They’re effectively just static audio diaries, placed to give the world some backstory and lore, but their presence points to something a lot more meaningful. It’s the myths and legends she discovers on her journey that give her own quest purpose. Whether it’s delusion or not isn’t the point, the point is that she doesn’t give up the fight. Senua has a goal in mind, an end point to her quest, but the privileged position we occupy as an audience, as an arbiter of tension and holder of the palantir of dramatic irony, grants us insight into the narrative significance of Senua’s individual struggles. She doesn’t know she’s in a story, doesn’t know she’s crossing thresholds and being handed magical boons. As far as she knows, she’s just going through hell. But the story stones recontextualise her journey. By telling her tales of gods of heroes that have gone before her, they are to Senua what Hellblade was to me. What stories are to our lives. A brazier in the darkness, and a reminder to go on.

It has always been the prime function of mythology and rite to supply the symbols that carry the human spirit forward, in counteraction to those other constant human fantasies that tend to tie it back. 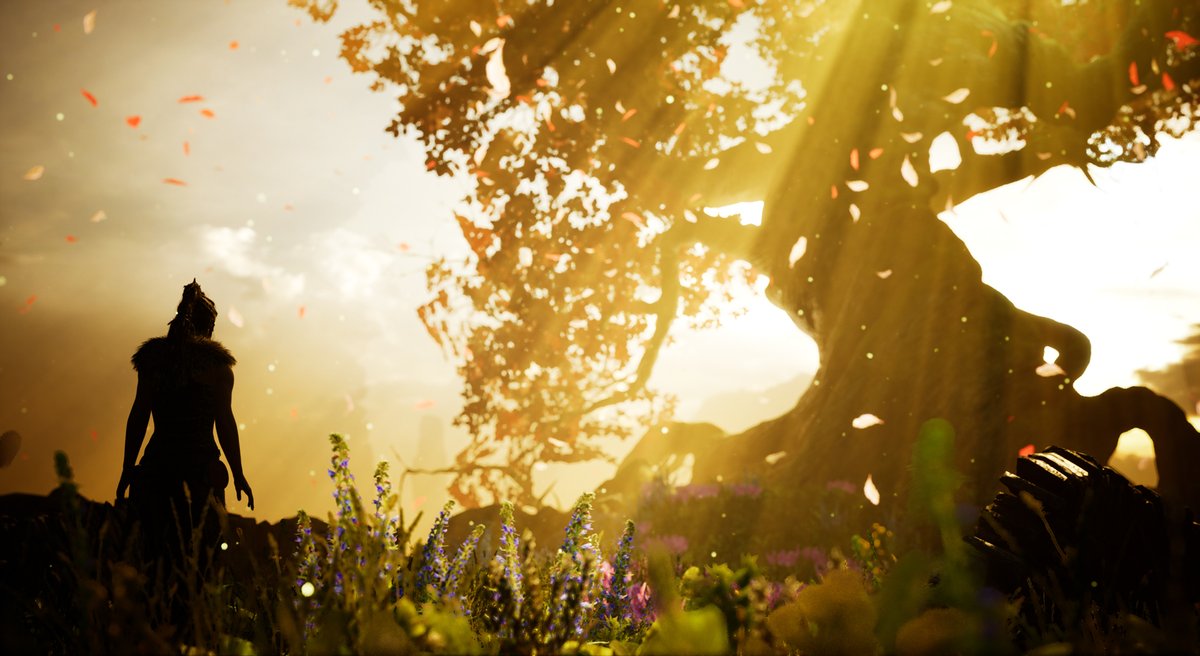