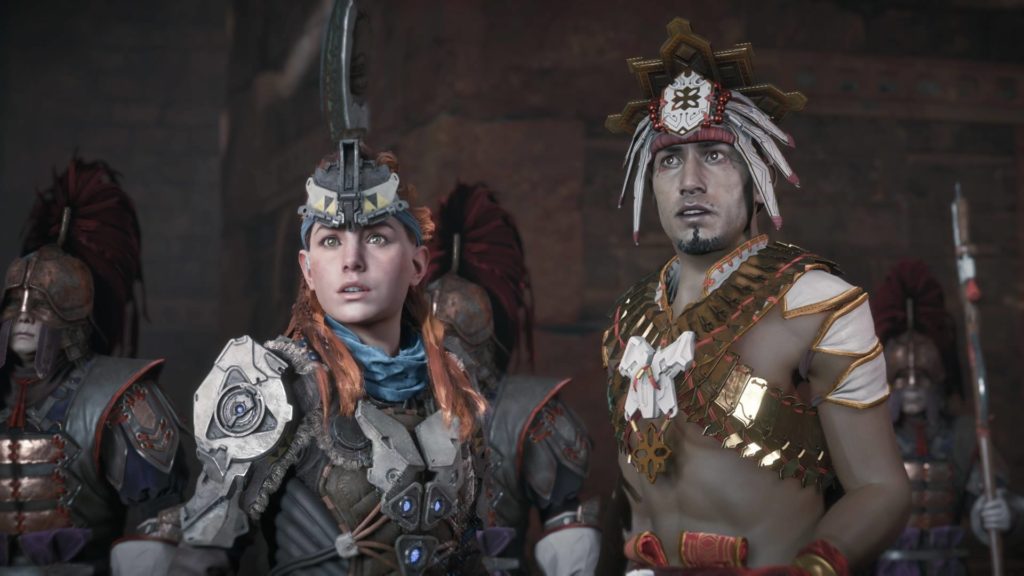 Yay! Horizon Zero Dawn is temporarily relevant again thanks to some new DLC and a Monster Hunter: World crossover, which means I have a flimsy excuse to effusively gush over my favourite part of the game. Spoiler alert: It does not involve robots, dinosaurs, or any combination thereof. This is the point where an apparition of my ten year-old self hits me with an X-Wing toy and tells me I’ve changed, man. Jokes on you, kiddo. Enjoy life as a freelancer.

All in all, 2017 hasn’t been a terrible year for game designers remembering that half of their audience actually exist, and that the other half of us might just find gravel-gargling sociopaths a tad unrelatable.  Playing as Billie Lurk from Dishonored: Death of the Outsider, Morgan Yu from Prey and Senua from Hellblade have all been highlights, but witnessing Aloy’s journey in Horizon: Zero Dawn left the biggest smile on my face. Partly because everything Ashly Burch touches turns into a rainbow, and partly because there was a real streak of optimism running through Horizon. This better complimented Aloy’s outlook than a more self consciously gritty setting would have. She faced adversity, sure, but her stoic fortitude wasn’t the result of a trauma that diminished her personality. As a result, Aloy seemed like her whole self at all times, without the armour of cynicism, or even nihilism, that can sometimes pass for strength of character in this month’s post-apocalyptic media subscription box. Her courage wasn’t drawn from a place of detachment, but an absolute presence in the world and a desire to change it for the better. 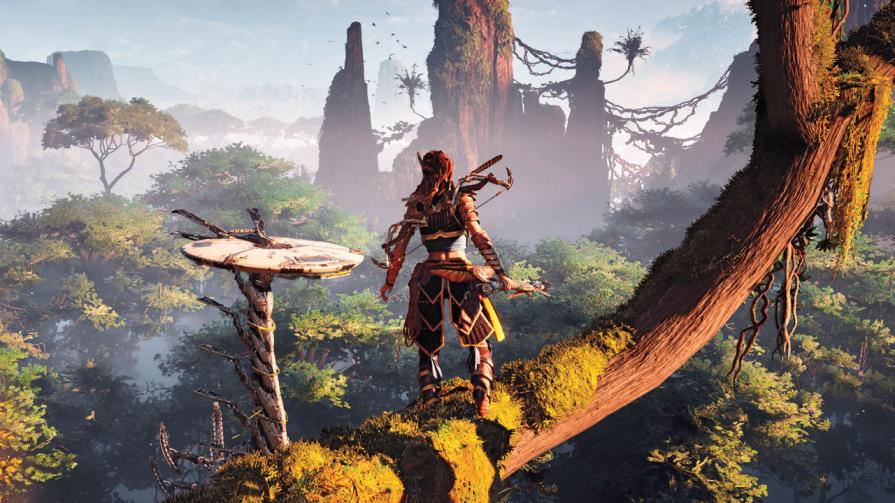 For all Horizon‘s spectacle, the scene that stuck with me was a short dialogue exchange between Aloy and a dashing royal named Avad. Quick summary: Avad tries to romance Aloy and gets his dashing princely hopes swiftly dashed. Now, Aloy shuts down a whole gaggle of goggle-eyed hopefuls across the game, because, you know, encroaching destruction and all that, but this one stood out.

The woods for the (dialogue) trees

You get a choice of three dialogue options (heart, head, fist) but they’re all effectively minor tweaks to how blunt Aloy is with her refusal. Even this alone shows huge commitment to character in the face of overused narrative trends. The writers could have easily given Aloy a romance option, fridged him, and made his death the sole focus of her journey for some baked-in emotional motivation, but this would have completely removed her agency by tethering her character growth, and her triumphs, to an eleventh hour love interest. (I’m calling this trope a ‘fridge-freezer’ and there’s nothing you can do about it). It’s the nuance in the dialogue here, though, that made it something special.

Avad’s previous lover, Ersa, was murdered. Like Aloy, she was a capable warrior, and the parallels between the two women, in Avad’s eyes at least, are made clear. The ‘logic’ dialogue option, which is the one I went with, has Aloy tell Avad ‘I’m not a substitute’.

‘You just lost Ersa, a woman who stood at your side and could easily be described as strong, shrewd, and capable‘ . Both of these emphasised phrases are terms Avad has just used, not a moment before, to describe Aloy herself.

‘It’s pretty clear how you felt about her, and now you’re asking me to take her place’ 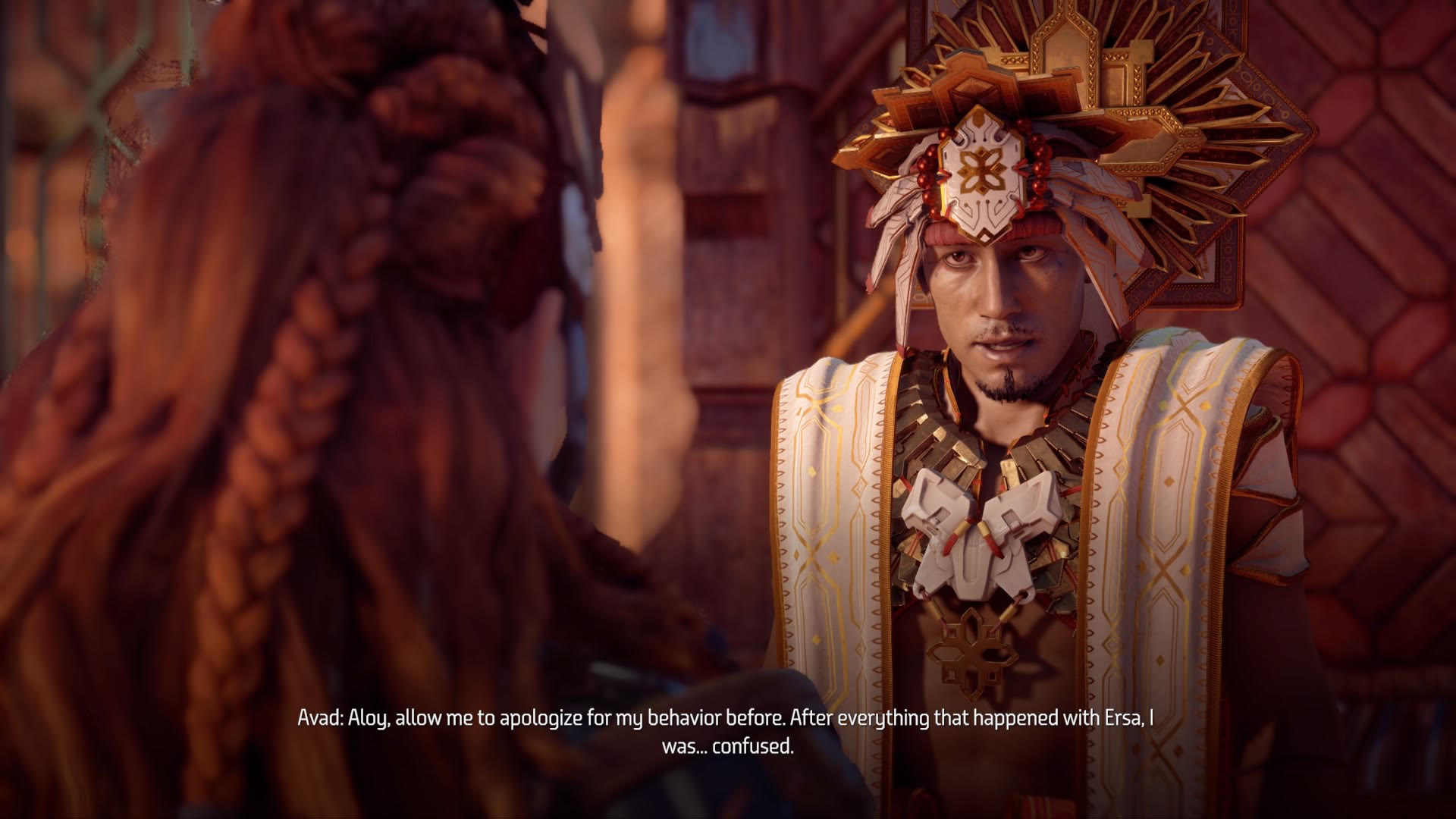 It’s so rare to see consideration over the potential consequences of an intended emotional commitment be given this much weight in a game not solely centered on character relationships. It’s not just that Aloy refuses a man which, in a game less interested in nuance, would be the most obvious romantic choice, but that she makes Avad aware of his subconscious attempt to standardise her role in the narrative – to make himself part of her story, while only allowing her to play understudy to a part he’s already cast. Avad’s not a dick about it either – the scene is ultimately about understanding, not alienation – and asks for her forgiveness.

It’s lines like that ensure there’s no confusing Horizon: Zero Dawn’s Aloy with anyone else.