Home Read The Amazing LGBTQ Representation of Night In The Woods 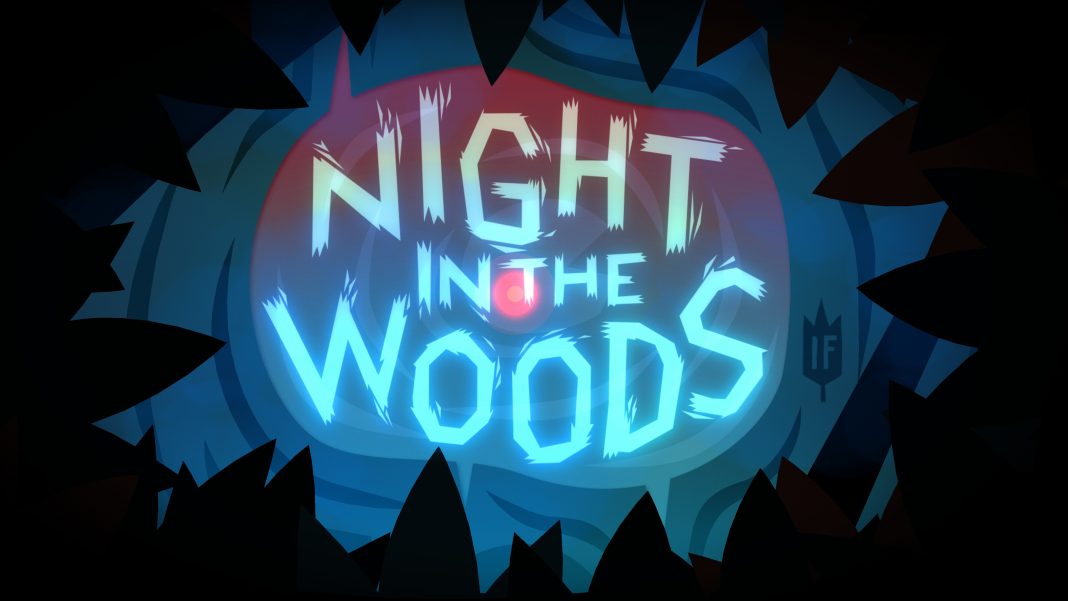 Night in the Woods rolls with themes that pretty much any modern LGBTQIA individual can relate to. Feelings of isolation, distance, depression, and (for some of us) immaturity. A lot of us hide who we are for so long that we don’t get to experience our younger years the way we should have. When society shames you for being happy you tend to bury that part of your identity.

When we come out we get that piece of ourselves back and it puts some of us behind the curve. This is something we see a lot with the main character in Night in the Woods, Mae. Mae just dropped out of college to move back to her small hometown with her family. She quickly realizes that while she was away the world didn’t wait for her. Instead the town and everyone she knew matured without her. She is a girl behind the curve playing catch up.

While her sexuality is rarely touched upon Mae is confirmed to be pansexual. Throughout my playthrough of Night in the Woods she mentions her romantic interests only a couple times. Stating “I don’t care if they’re a boy or a girl”. For the unfamiliar, pansexuality is having romantic interest in people without consideration for their gender. Gender might be important as part of a person’s identity, but for Mae it’s not important when finding a partner.

With Mae’s sexuality brought up so infrequently there isn’t much more to share. For me this was actually a positive aspect. It’s rarely brought up simply because it’s rarely relevant. When Mae does share this part of herself, it feels natural. She isn’t just blurting it out unprompted. This is something I can identify with, being a pan woman myself. I rarely flat out say I’m pan. Your sexuality isn’t typically something you shout at people upon meeting.

There are other queer characters in Night in the Woods as well. Notably Mae’s friends Gregg and Angus. As a gay couple they share a very cute relationship. That of a little wild punk and a burly nerd. Angus was abused as a child and frequently locked in a closet. While Angus never explicitly tells us why he was abused he does credit Gregg and their relationship with saving him. His closet wasn’t just a metaphor, he was trapped and Gregg was the one who opened the door for him.

Their other friend Bea provide a different perspective on the couple’s love story. She mentions that their relationship could be due entirely to proximity. With so few options in their small town, they stay together because there is no one else available. They are high school sweethearts and Bea claims that rarely works out in the long-term. To her credit, with Angus’ history it wouldn’t be abnormal for him to build a dependency on the first person he meets that likes him.

Gregg feels the pressures of this immensely. He believes that Angus deserves someone better. This leads Gregg to feel like he has to try harder to make things work. He worries that he’s going nowhere and dragging Angus down with him. This is a pressure I’ve lived with myself. It can be difficult having someone depend on you so heavily. You begin to fear letting them down, so much so, that you realize you might be doing them more harm than good.

As a side-note, during my first playthrough I didn’t even realize the game also features a transgender character. Through some online sleuthing I found out that Jackie, the Anti Fascist Goat, happens to be a confirmed transgender woman.

The whole experience was refreshing for me. I’m willing to say Night in the Woods probably has some of the best representation currently available in video games. It not only brings up sexuality in a natural way, but it also touches on all the confusion, pain, changes, and environments we find ourselves forced into. The game isn’t afraid to touch on even darker subjects. Those rarely talked about in polite company. They do this all while keeping the narrative natural and making the animal characters some of the most human that I’ve ever encountered.