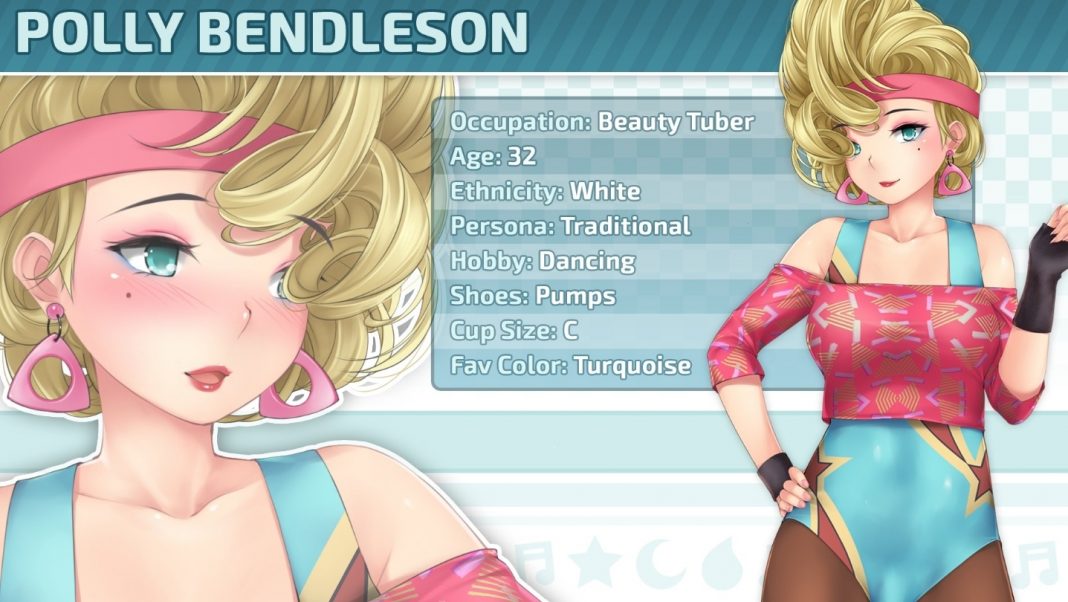 In a recent video HuniePop 2 announced the addition of a character that had been asked for quite a bit. A trans girl named Polly Bendleson and I was excited at first. But over the course of the video they focused heavily on her genitals and how she has a penis. Shame on me for expecting her to be portrayed as anything but fetish fulfillment.

After some backlash, HuniePop’s developer posted an apology letter that flat out said that she was designed as a fetish. The developer also mentioned how they are looking at ways to approach Polly’s presence in the game. Not in terms of sensitivity but in terms of how to have Polly in the game and appeal to people who don’t have any interest is sleeping with a trans woman. Apparently in Hunie Pop games you have to sleep with every character.

The developer’s suggestion was to make it so that Polly could be skipped entirely while still being able to complete the game. The alternative is adding a toggle for her genitals. Essentially a dick on/off switch. I’m jealous honestly, I wish it were that simple. But the cis/trans (non op) toggle has negative implications, it’s letting people choose someone’s identity for them.

Being trans is about being who you are in spite of all the people telling you otherwise. It’s claiming your own identity and not letting others decide for you. This cis/trans (non-op) toggle spits in the face of that and comes across as making trans identities looking like they’re a choice. I choose to take pills, I choose whether to have surgery, I don’t choose to be trans though.

The idea of an on/off switch for Polly’s genitals is awful and skipping would be preferable, but there is a middle ground that can be reached. One that improves her representation, makes her more human, and makes sleeping with her be able to be skipped. The idea is so absurdly simple that Hunie Pop’s Dev will probably be hitting themselves for not thinking of. Make Polly more human.

You meet Polly, she’s cute, funny, and a joy to be around. You get to talking and you both start to get interested. Things get spicier with each date. But on the final date before you two decide to round the bases she tells you “Um… I kind of need to tell you something and it’s really difficult to say”. “I like you, a lot, you’re fun and you make me feel wonderful. Even though I know we aren’t serious, it’s still nice. But I can’t go any further without telling you… I’m trans.”

Things go quiet, then some options appear onscreen. “I don’t care, let’s keep having fun” and “I’m sorry Polly, we had fun but I don’t think I’m comfortable with this.” Telling her you don’t care results in things resuming, taking things to the bedroom. The last option results in her saying “Sorry I didn’t tell you sooner, it’s like, when is a good time to tell someone that? But yeah, I understand. I enjoyed the time we had even if we can’t do it anymore.”

This gives people time to learn about her, get to know her as a person. Then decide if they can look past her genitals and continue seeing her for who she really is or politely tell her “No” and skip sex. Polly won’t hold it against you and no one is hurt. The situation is realistic, it’s how it could actually go down.

Everyone can be happy. If people don’t want to sleep with her, skip it. If you do that’s cool, and she didn’t have to come across as a fetish! Polly gets to stay in and be herself and the players get a real experience that could and has happened.