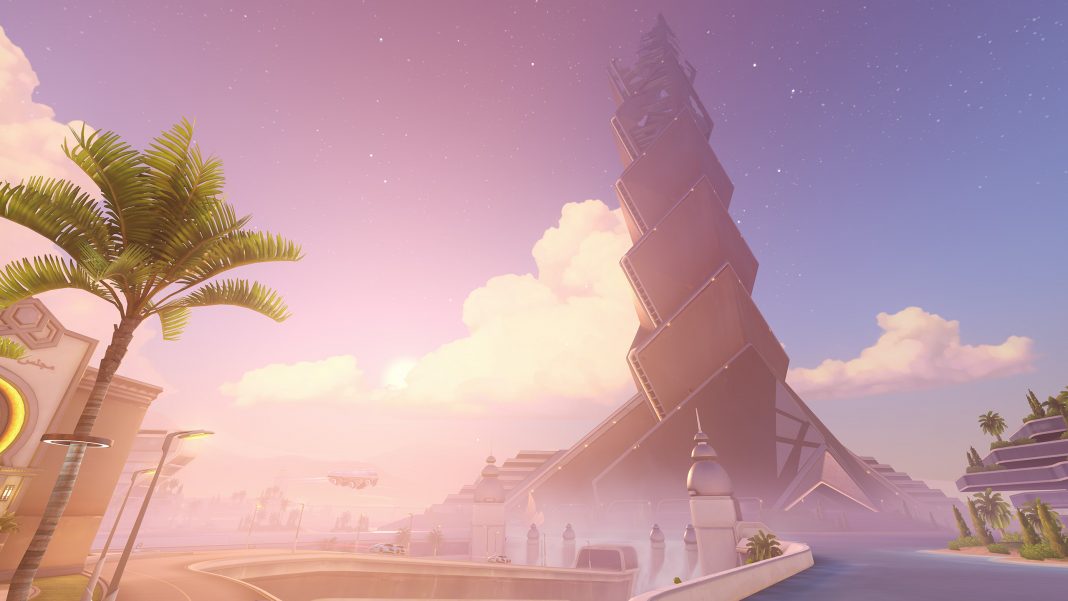 Overwatch finally sent me a notification telling me that my reports led to some action taken against a player.

It’s been 20 months since the game’s release, and one since the notification system was patched in, and finally, finally, I have some sense that the reporting system might actually be doing something. 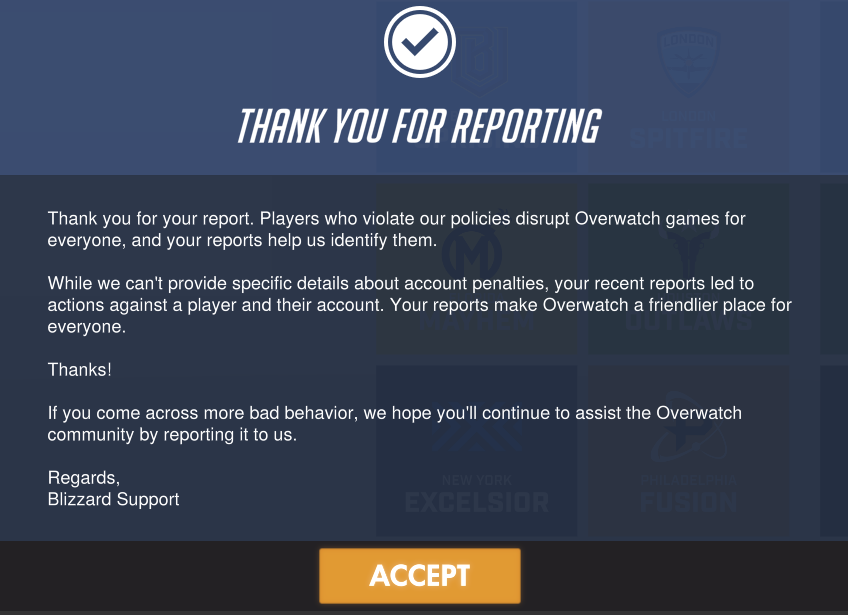 It’s far from perfect. I have no idea which of the probably 15 reports I’ve sent since this system was implemented it’s supposed to refer to, or why all the others weren’t actioned. And I’m hardly in it for Blizzard’s thanks – though if they did want to show their appreciation, I’d prefer it in the form of transparency and more rapid and substantial changes to the anti-abuse systems.

What about Overwatch League Players?

The team names hiding in the background are a reminder that the Overwatch League, which kicked off this week, includes players like Xepher (for Seoul Dynasty) who previously lost his spot on the KongDoo Panthera Overwatch team for his participation in the harassment of Geguri, a top female player. In June 2016, Geguri was accused of cheating and subjected to a torrent of abuse, including a threat by Xepher’s teammate Strobe to “visit Geguri’s house with a knife in hand.” Though Xepher’s exact involvement in the harassment is unclear, it was enough that KongDoo Panthera deemed him “irresponsible” – not so for Seoul Dynasty and Blizzard’s Overwatch League at large, apparently.

Nonetheless, this is a step. One of Overwatch’s main issues is the perception that the reporting system is useless – game director Jeff Kaplan even mentioned it in his ‘Play Nice, Play Fair’ developer update – and this new notification system combined with the fact that reported players are also notified will go some way to changing that.

However, it will only stick if whatever penalty was applied here could actually serve as a deterrent, instead of a one week ban for a player Kaplan referred to as “one of the worst offending accounts we’ve seen.”

Thus far, the notification feels like something of an empty gesture – but there’s always the hope it could be the foundation for something better.