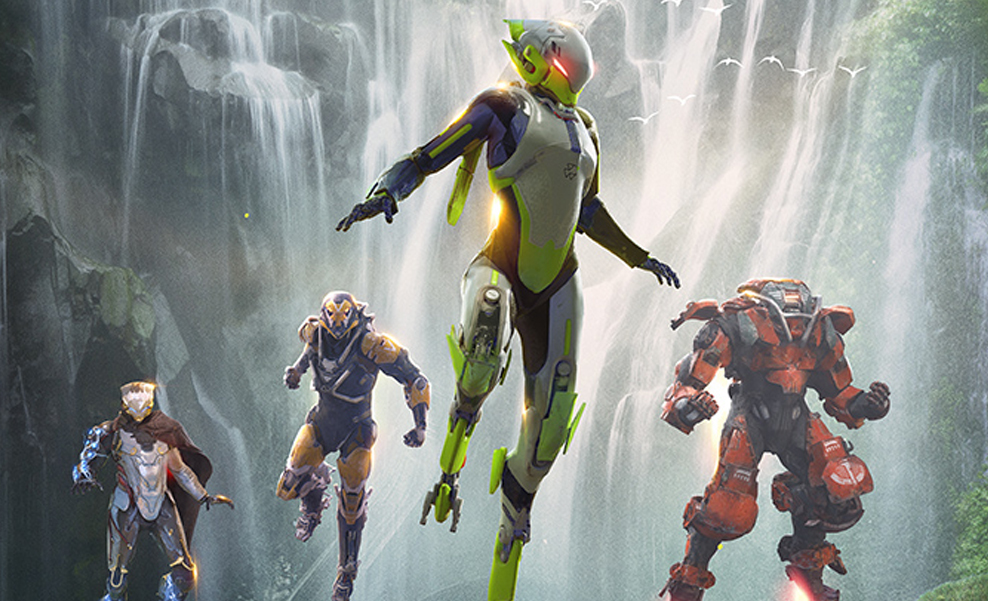 BioWare games have been marked with a variety of romance options, ranging from getting together with Dorian in the Dragon Age series, to becoming involved with Silk Fox in Jade Empire. According to Tech Times, Baldur’s Gate II: Shadows of Amn was the first BioWare game to let the player’s avatar form a couple with another character.

But BioWare’s latest game, the open-world sci-fi Anthem, seems to plan on changing that. The game’s lead producer, Mike Gamble, told Game Informer that for Anthem, the studio planned to skip romance and focus more on platonic relationships instead.

“There are friendships,” Gamble said. “Some of the stuff we did with Mass Effect—the Citadel DLC specifically—there was a lot of friendship moments. You and Garrus sitting up, shooting—that kind of stuff, we want to lean into that. The romantic stuff, we’re moving away from that for Anthem.”

However, Wccftech reports that BioWare’s General Manager, Casey Hudson, said they were open to player feedback and the potential of romance in the game’s future.

While player feedback has included disappointment in the absence of romance, there’s a certain potential in Anthem being—at least—the one BioWare game without it.

Taking a Break from Romance

BioWare romances have been more open, with LGBTQ+ possibilities; and some have been well done, showcasing depth and complexity in characters and their relationships.

But while there are many forms of a romance that should be explored, romance isn’t the only shape a relationship can take.

Though they can be well done and more open, BioWare romances could be a part of what can be seen as the general oversaturation of romance in the media. All this romance in film, books, television, music, games, and other forms of media can leave the impression that romance is the most important relationship, that you have to find “the one,” that you have to be part of a couple.

Elizabeth Brake, an Associate Professor of Philosophy at Arizona State University, uses the term amatonormativity “to describe the widespread assumption that everyone is better off in an exclusive, romantic, long-term coupled relationship, and that everyone is seeking such a relationship.” This sounds like an ultimately restrictive idea that can put a lot of societal pressure on people.

Romance can be everywhere—and sometimes, people may want to take a step back from it.

“There will be relationships, but not romantic ones,” said Anthem’s executive producer, Mark Darrah, on a Twitter post discussing BioWare’s upcoming game. “The relationships we are focusing on are ones around companionship and camaraderie of heroes.”

While Anthem could remain open to both romantic and platonic possibilities, perhaps going the opposite way and narrowing in on platonic themes can work in a refreshing way.

And while news on Anthem has said the player’s avatar will not have romance options like in other BioWare games, nothing has been said about the absence of romance among NPCs. While Anthem may not give players romantic choices, the game could possibly let players watch romances play out among supporting NPCs, not unlike watching romance in a movie.

Dragon Age: Inquisition has done something similar before, with Dorian and Iron Bull. If neither of them are romanced by the player character, they may become romantically involved with each other instead.

There could also possibly be another twist on gameplay, with Anthem doing something similar to BioShock 2. In that game, the player’s moral choices also ended up deciding where the moral alignment of a major NPC fell, whether it was on the side of good or bad, or somewhere in between. Anthem could have player choice influence which NPCs get together, rather than deciding their own romance.

While Kotaku reports that Anthem’s NPCs will stay in a central hub zone, they will react to player choice in conversations shared after missions. The full extent of their reactions hasn’t been explained, leaving room for speculation.

Anthem could go another route too, playing with the concepts of romance and friendship.

There’s the LGBTQ+ term, and the slightly longer LGBTQIA+ term. “A” is for “asexual,” one of the more misunderstood identities out there.

The media’s tendency to exclusively focus on romantic themes could partly explain why asexuality—and its variations—gets minimal representation.

But asexual themes could possibly get a new focus in Anthem, given that BioWare has expressed interest in exploring asexuality in their games before.

According to Polygon, during a BioWare panel held at the GaymerX convention in 2014, an audience member asked about the studio writing an asexual romance. One of the panelists responded that asking for an asexual option has been one of the more popular requests about in-game romance that BioWare has received.

YouTuber and Twitch Partner Ashe “ladyinsanity” Soriano shared a write-up of the panel, where former Dragon Age lead writer David Gaider said BioWare wants to discuss the best way to approach asexuality, research it, and do it justice in terms of narrative and character development. Gaider—who is openly gay—expressed concerns that offering an in-game romance that doesn’t result in sex may “not necessarily be the most respectful way.”

Given that there’s differentiating between feeling no sexual attraction versus feeling no romantic attraction, people questioning whether they are asexual, the complicated nature of human emotion and other aspects, it looks like asexuality can be seen as complex as any other sexual identity. It could require a careful approach.

Gaider seems to treat asexuality as a more complicated area when going into the very linguistics of it during a Reddit discussion about Dragon Age, where he says that its inclusion would require an in-game discussion of its nature.

“You can’t just show it, you have to talk about it, and that gets a bit more difficult in a quasi-medieval setting where the notions and terms aren’t the same as in our own modern society,” Gaider said on Reddit.

Granted, that didn’t seem to entirely happen with BioWare’s other sci-fi games in the Mass Effect series.

A Possible Pitfall from Space

While Mass Effect had platonic and LGBTQ+ elements, it didn’t have much on asexuality specifically—but it did have something.

According to Rock, Paper, Shotgun, Mass Effect character Mordin Solus could reveal that his people, the Salarians, are an asexual race—but FemHype criticized the Salarian reveal as “just another way of reinforcing the idea that asexuality just isn’t a part of human nature.” And while Mordin is available as a party member in Mass Effect 2, he isn’t a romance option for the player. (Drew Karpyshyn was the lead writer for the first two Mass Effect games.)

Fictional nonhuman characters rejected by society can provide a sympathetic figure to people that are marginalized, to people who are outcasts. But more human characters could be presented as non-heteronormative and asexual too.

The criticism about Mordin in Mass Effect could be an example of why Gaider and other BioWare writers may want to carefully approach asexuality. Any missteps can invite condemnation, and risk causing harm with a counterproductive message added to the media.

Though BioWare may want to exercise caution, the studio could look for input from people who identify as asexual. According to Brinkbit, BioWare sought “advice from transgender and non-binary consultants outside of the development team” for their work on the character Krem, a trans man and second-in-command to Iron Bull in Dragon Age: Inquisition.

“I will say this: BioWare isn’t perfect, and there are definitely times when I wonder if we couldn’t do more, or do it differently,” Gaider said in a personal blog post shared on Polygon while he still worked with the studio. “But I really appreciate the company for whom I work (and this includes Electronic Arts) when it comes to their willingness to consider what it takes to be inclusive.”

Whether or not BioWare takes a step forward in representing asexual people with Anthem, indie games have already contributed.

Ace Jam, a game jam that ran from December 2017 to January 2018, had 24 total game submissions that focused on asexual characters.

Rock, Paper, Shotgun highlighted several of those games, such as the exploration/puzzle horror game The Suburb: Not Just Dinner, the visual novel Two Girls Make a Game, the text-based sci-fi game Stormtouched, and the dating sim Lovely Anemone.

Anthem could possibly follow these games, and finally be the approach to asexuality that BioWare has been seeking. Or Anthem could challenge the perception that romantic love is the ultimate relationship goal by emphasizing platonic themes instead. Or perhaps the game could do both, and more.