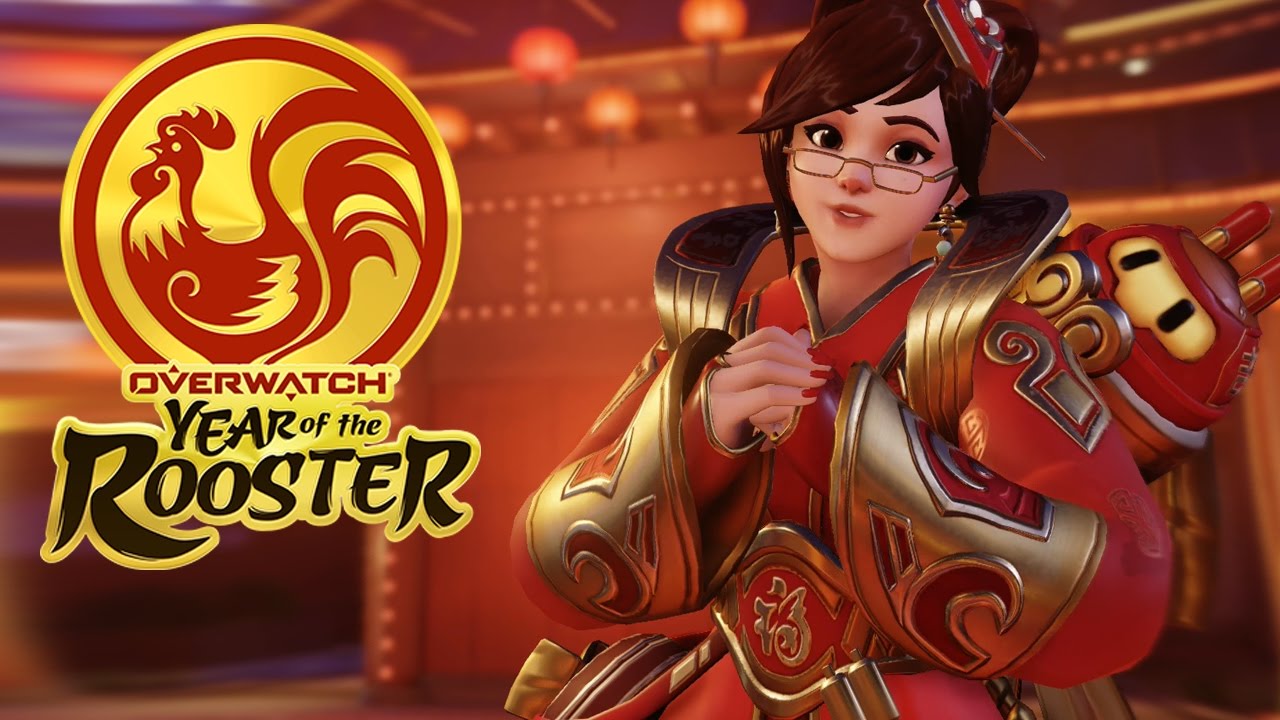 Last week, Overwatch’s Year of the Rooster event went live, and with it came several new skins, emotes, player icons, and a new arcade mode. But what’s drawn the most attention from players is Mei’s noticeably smaller waistline. Lots of people are angry because they feel that Mei is being sexualized. Instead of her adorable snowballesque self, people are complaining that she’s moving closer to having supermodel Barbie body – small waist, Kardashian butt.

Right now, Blizzard’s saying that Mei’s itty-bitty waist and a round thing in your face is a glitch that’s going to need a patch to get her back to “normal.” While her butt has obvs had some buggy plastic surgery, it’s not outlandish to say that right now, even with the bug, there’s nothing seemingly over-the-top wrong with her waist. 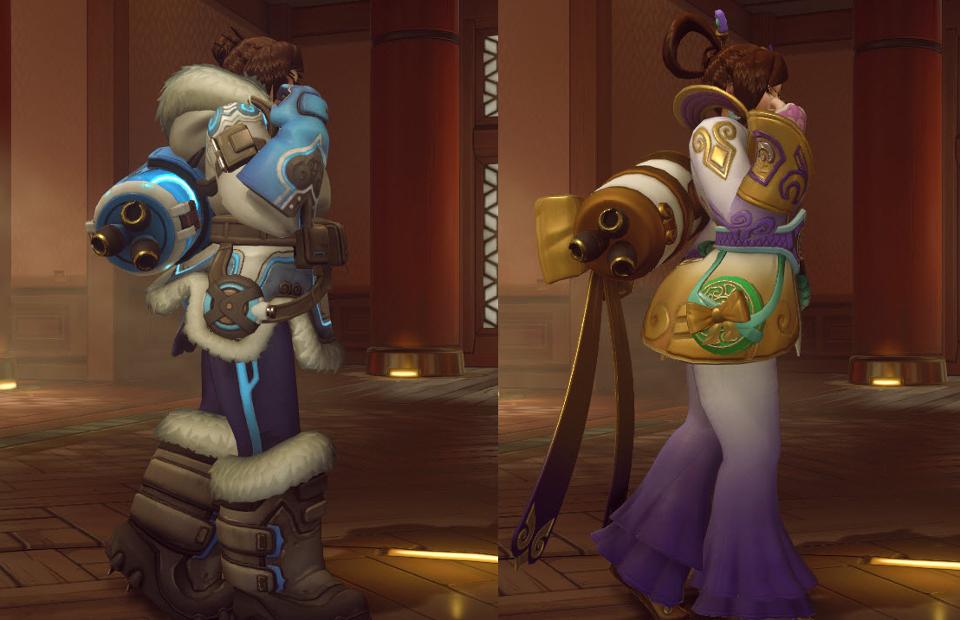 If you’re on team Mei’s-Too-Skinny-Now, you’re probably thinking that I’m fat shaming for saying there’s nothing wrong with her smaller waist, and that I’m being insensitive. As someone who clocks in 5’2 with a curvier figure, I’m the first person who’s excited to see some junk in the trunk on female characters and feel like my body’s being celebrated alongside the Charlize Theron ones.

Clothing matters, but not in the way you’re thinking

However, in this instance, I think this is lot more about people not understanding how clothes work. Sounds silly, but bear with me here. Mei’s original skin, as well as her Christmas and Firefighter skins (and all her skins save Year of the Rooster, tbh), feature her in a super fluffy suit with a giant belt around her middle. Considering that Mei works and studies in the Arctic, she’s probably gonna want to wear the coziest parka ever stitched together, along with some heavy-duty thermal clothing underneath. And all that clothing adds up and bulks up.

If you take a woman – doesn’t matter if she’s a size 6 or 16, and give her a chunky knit sweater and a padded-down coat, she’s going to look larger than if she was wearing a tee shirt and jeans. And if you’re in the Arctic, no way are you gonna want to be running around in your skivvies.

Mei’s new skins, Luna and Chang’e, look like they’re made of a completely different fabric, and a different fabric is going to sit on her body differently. She’s still got a cherubic face, her totes adorb voice lines, and charming personality. None of that’s changed. But some people still can’t get past the idea that Mei’s being overly sexualized with a smaller waist, even if it happens to be that she’s in an outfit that shows her womanly curves a bit more than what we’re used to seeing her in. What’s even more interesting, is that the buggy versions of Mei we’re seeing now with her Year of the Rooster skins are closer to her original concept art than all her other skins. Not saying that’s good or bad, just food for thought. 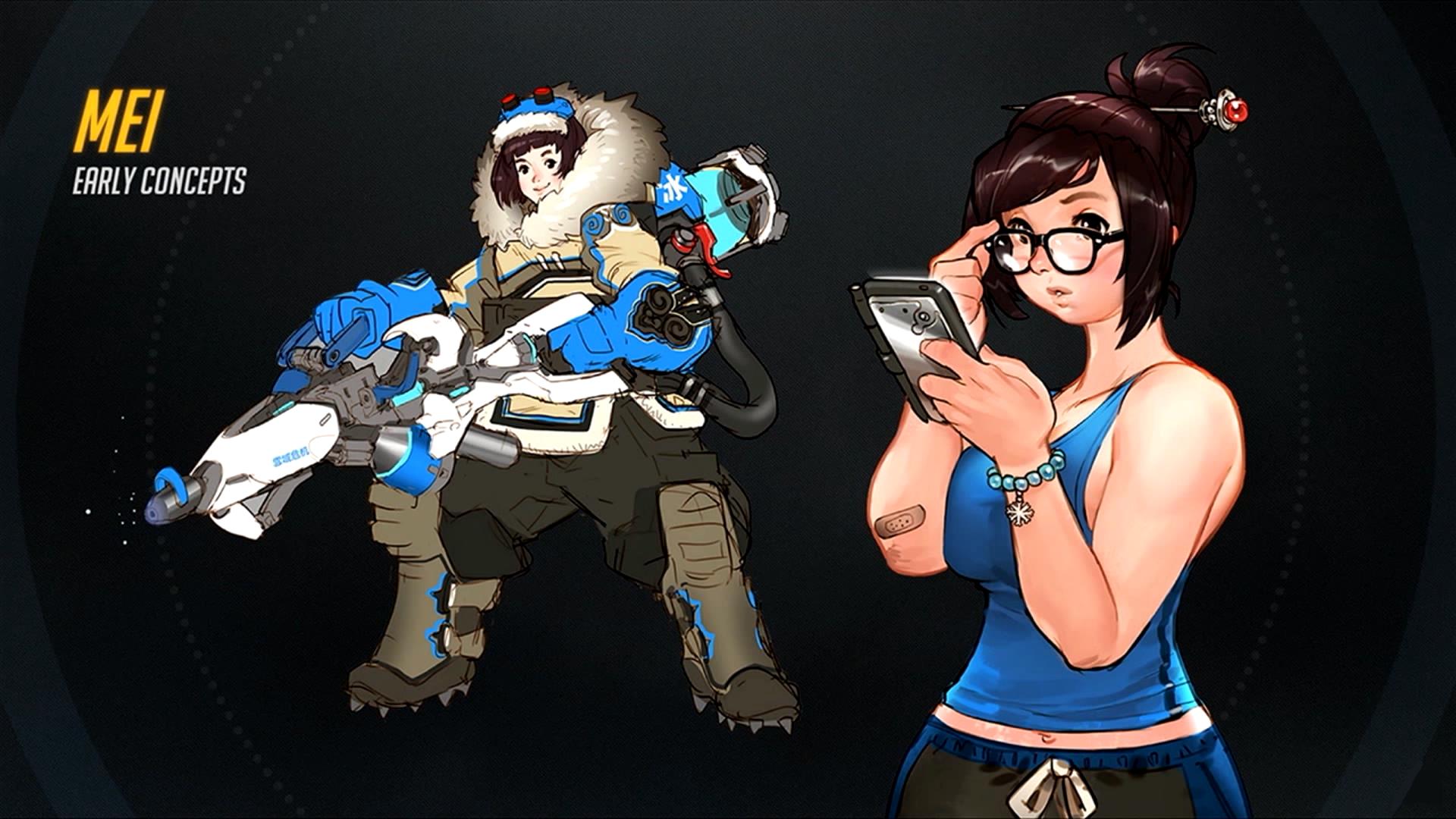 Acknowledging the diversity we do have

I get why members of the Overwatch community are upset about this bug. While Overwatch has a dynamic cast of characters from Indian to Russian to Chinese, Mei and Zarya are the only two women who don’t subscribe to the more Hollywood body type – slender and compact. We do have Tracer and D.Va who have more boyish figures, Pharah who seems like she’s 5’8, and Ana who could be a grandma. There’s a lot of diversity in age, background, and personality, but less diversity when it comes to body type. It’s no wonder then, why some people are outraged that one more character’s waist is seemingly whittling down.

But is the argument worth it? In the end, it’s really silly to be arguing whether Mei’s waist is dramatically thinner or not. She’s still a short gal with a round face who might just be wearing a different style outfit than we’re accustomed to seeing her in. What’s more compelling to discuss is how Overwatch is including other cultures’ holidays, and showing us a futuristic world where everyone is celebrated.