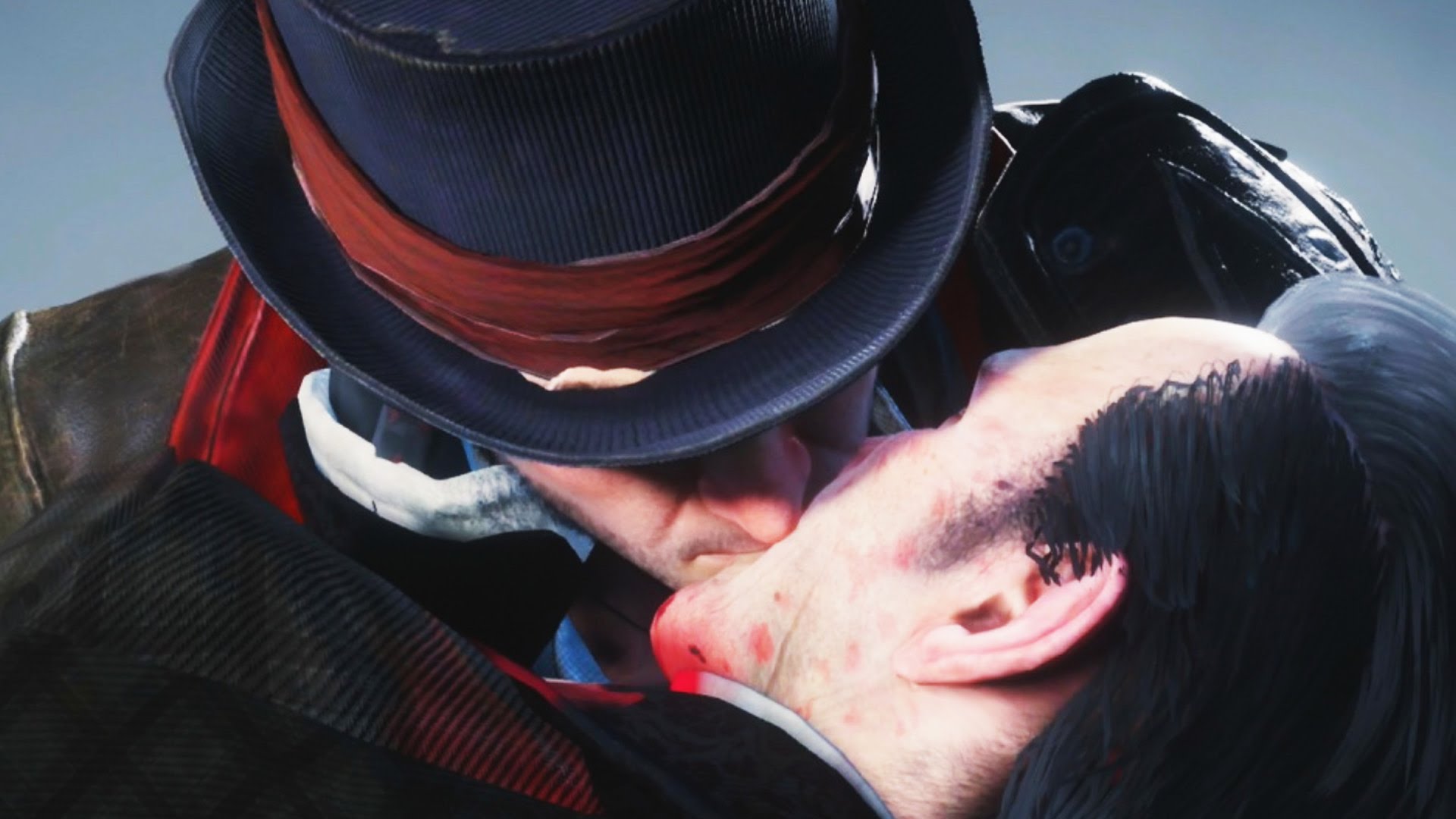 Assassin’s Creed is an action-adventure series beloved by many, including myself.  Ever since the Ubisoft released the first game in 2007, the series has not shied away from exploring uncharted territory. In the first game, you play as a Muslim. During Brotherhood, Leonardo DaVinci comes out as a gay to Ezio and, in a DLC, Ezio meets Leonardo’s boyfriend, Salai. Hell, Assassin’s Creed 3‘s ending is a criticism of religion. Suffice to say, Ubisoft is open to trying new things. They give their writers full creative freedom over the characters.  And so, the writers have given us Jacob Frye, the first canon bisexual Assassin in the series.

At a simple glance, this might be a controversial statement. The game Jacob appears in, 2015’s Assassins Creed: Syndicate, never explicitly addresses Jacob’s sexuality, and many wave off the kiss scene in Sequence 8 as one-sided. Many will even point out that Jacob has a granddaughter, implying that he settles down, gets married, and has children. At a simple glance, the only gay character is Roth. Many gamers fail to realize that an important part of storytelling is a little thing called subtext and that much of a character’s personality, nationality, sexuality, etc. can be told without ever explicitly stating otherwise.

The LGBT gaming community aren’t strangers to the usage of subtext to present LGBT characters. Everything about Jacob’s character clicks once you realize that he’s a bisexual man in Victorian London, where mainstream society shunned LGBT people. Jacob, unlike his sister Evie, is a restless and aggressive young man who has beef with his father and the Assassins. At first, it’s not totally understood why he holds such anger and hatred for his father and the Creed, but Jacob’s sexuality makes everything clear.

Jacob’s father had always taught him to repress all of his emotions when following the creed, and as a young bisexual man who was already experiencing confusing emotions, this wouldn’t have sat well with him. As a result, he rebels against the Creed and his father’s teachings, instead drawn to the life of a gang leader in London. It’s here that Jacob truly flourishes and comes to accept who he is. Jacob’s not a stranger to the oppressive nature of Victorian London’s society, so he makes it his business to recruit and protect orphans, poor men and women hoping for a better life, sex workers, and even LGBT people. It’s how he finally meets Maxwell Roth and grows a crush on him. 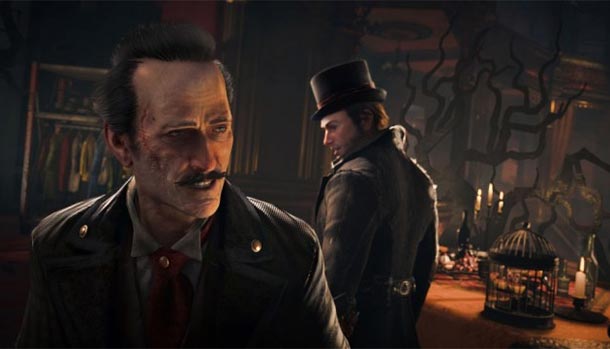 At the beginning of Sequence 8, Jacob parlays with Maxwell Roth, the leader of a rival gang. When Jacob asks Roth why he wanted the allegiance in the first place, Roth mentions that he wants “to have a little fun with the bravest man in London”. In response, Jacob looks away and smiles. This is where subtext becomes extremely important. Jacob’s bashful and insecure smile is a new trait for him. One the player hasn’t seen before. Jacob has always been confident and reckless with everything, so why the insecurity? He’s entering unexplored territory. Sequence 8 dedicates itself to their budding romantic relationship. It comes to a climax when Roth kisses Jacob as he dies. This isn’t so gamers can laugh at Roth. It’s the culmination of Jacob and Roth’s relationship. 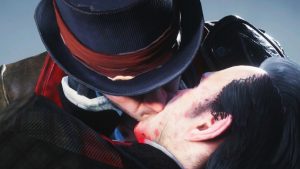 Again, subtext plays a big role here. You can see many emotions cross Jacob’s face – confusion, hurt, surprise – but never disgust. He never even makes an effort to wipe the kiss off, instead solemnly accepting it before collecting Roth’s blood on a handkerchief.

As for the gamers who absolutely refuse Jacob’s sexuality because he has a grandchild, I would like to remind them that Jacob Frye is bisexual. He’s attracted, romantically and sexually, to men and women. Just because Jacob eventually marries and has children does not invalidate his bisexuality.

Assassin’s Creed Syndicate is an important game that’s near and dear to my heart. The inclusion of LGBT characters opens the doors for future LGBT protagonists. It shows that LGBT characters can be important for more than simple romance options in Fallout, Dragon Age, or Mass Effect and proves that games with these kinds of characters can be successful and enjoyable. I hope it encourages other companies to include these types of characters as protagonists in future games.