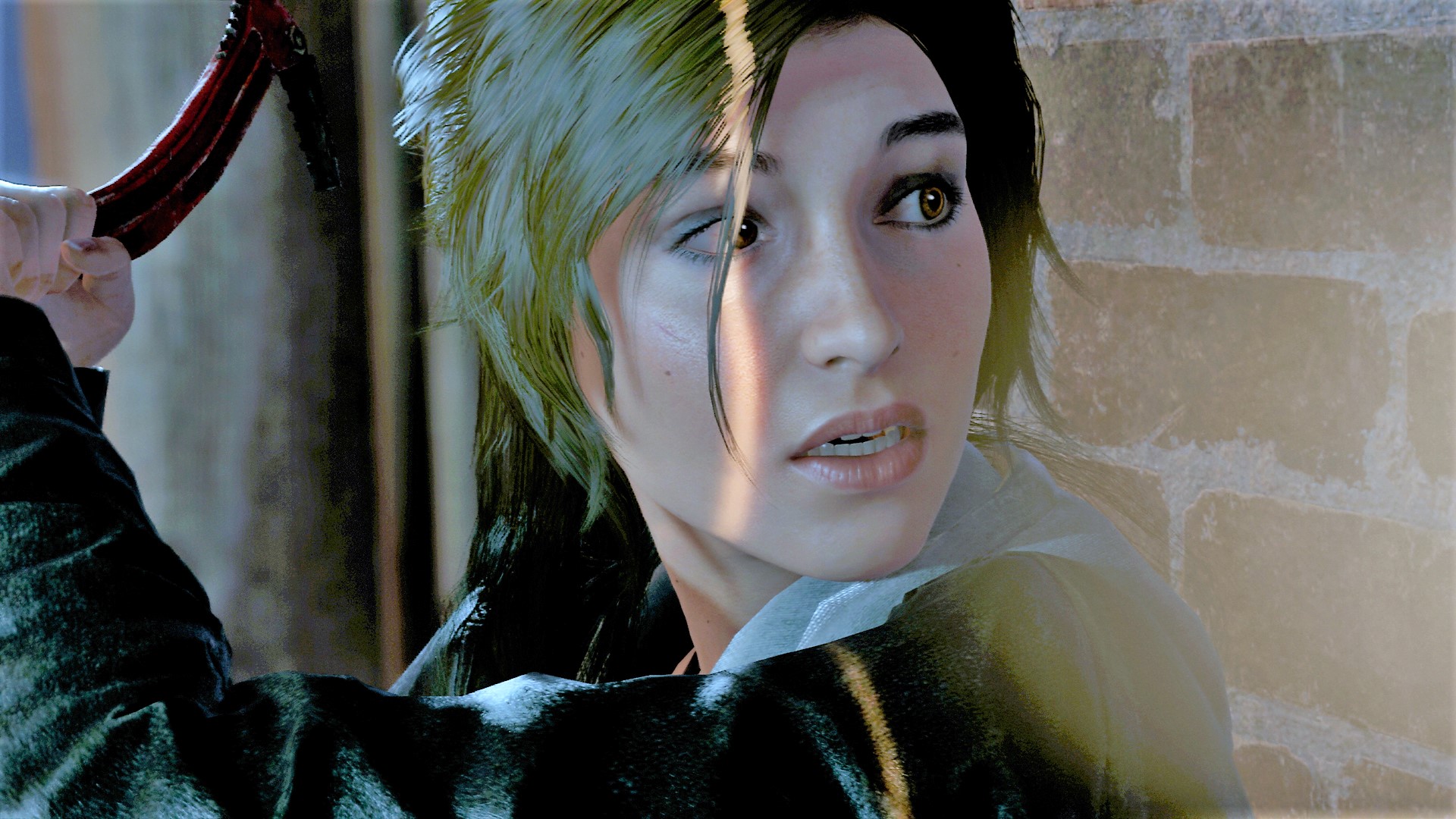 Hair has always been a problem for game developers. The Witcher 3 managed to make Geralt’s mane grow in real time, yet it, like the hair from so many games, is constantly clipping through his clothes. And of course black games critics like Evan Narcisse and Tanya DePass have spoken at length about the important issue of lack and misrepresentation of black hair in games. But I have another problem: one hairstyle in particular.

A lot of female characters simply leave their hair loose, and that’s frustrating enough. It’ll tangle terribly, and constantly get in the way. That’s why at first glance, the loose, choppy ponytail sported by so many women in games seems to be a step up. But those long fringes framing her face would pose the exact same logistical problems. (You can trust me on this – several years ago I got so fed up of constantly scraping my hair behind my ears only for it to fall back into place seconds later I cut it all off (though I’ve since grown it back.))

Yet, through video game magic, these characters manage to keep their hair slicked to the side of their face and neck no matter how much they lean forwards to pick up treasure or duck into crevices or whatever adventurous thing they’re doing now.

And it usually is an adventurous character who sports the style. Illustratively, Lara Croft is both one of the most well recognised and well respected female protagonists in games and also one of the worst offenders when it comes to this style, particularly in the recent reboots.

This is picky, certainly. But in a world where gamers so often discuss realism and what breaks their immersion, this is what I most often find pulling me out of the game world.

But it’s more than that

This hairstyle seems to come from two conflicting urges: to have the character’s hair demonstrate a pragmatism and carefree attitude towards beauty norms by being tied back, but also to prevent her from looking too severe according to these same beauty norms, leading to loose strands being added to soften her look.

Frustrations about realistic gravity and empathy for how annoying this hairstyle would be in reality aside, it demonstrates a direct conflict between character design that cleverly illustrates something about the character and character design that only aims to make her palatable to a presumed straight male audience.

There is no other reason for this loose hair. Certainly, removing it would save developer resources, since it usually has some form of physics, if not a realistic one. And of course, adding realistic physics to these curtains of hair would be completely counterproductive as they would constantly obscure the woman’s face. This would be problematic for the audience, and anyway, Lara Croft wouldn’t be much good at gunfights if she had to tuck her hair behind her ears every time there was a gust of wind.

This is easy to fix

The simple solution is to uncomplicate your ponytails. In the real world most people’s hair is of similar enough length to get it all into an elastic. Especially if they know they regularly do things that require it to be out of their faces.

But there are a thousand alternatives. Might I suggest plaits? Just like ponytails for keeping hair out of the way, but they also prevent tangles. It would take Lara much less time to braid her hair than it must take her to comb all the knots out when she’s done adventuring. Again, you can trust me on this one.

However, this issue is in and of itself just one more way in which female game characters are unrealistically homogenised – they tend to be white, thin, and have long hair. This is, undoubtedly, the most nit-picky of those issues, but it does link to issues of how femininity is inextricably culturally linked to hair. This is an issue that has wide reaching ramifications for women in the real world, from teenage girls being shamed for getting pixie cuts to misogynoir and transmisogyny.

Therefore an improved variety of hairstyles would not only increase the realism and storytelling potential of these games, but would also chip away at this association between long hair and womanhood, reducing the sway that these cultural values have over us.

And it really would save me a lot of stress over wanting to buy Lara Croft a thousand bobby pins.