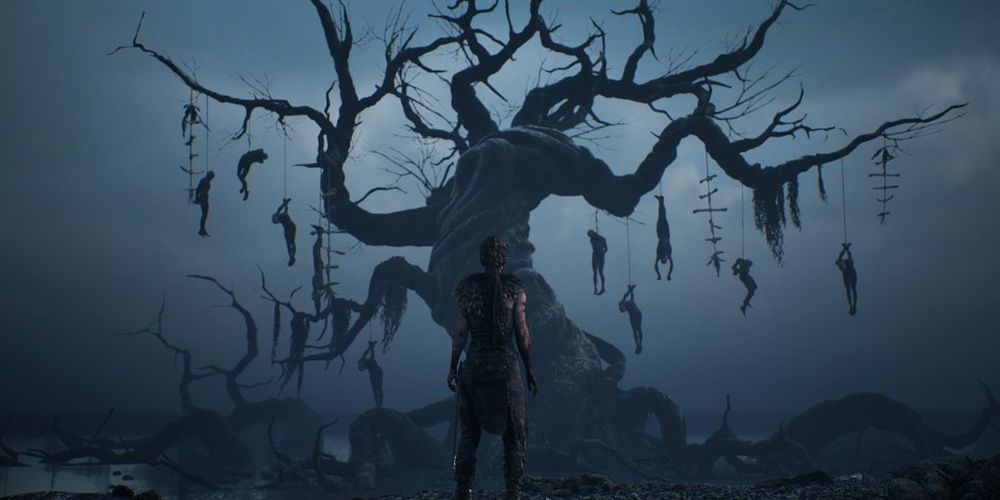 Earlier this week, developer Ninja Theory released this heartfelt trailer for the PS4 and PC action adventure game Hellblade: Senua’s Sacrifice. I could attempt to sum it up for you, but I’d be doing it a disservice, so it’s best you just watch it. It’s cool, I’ll go get a coffee or something.

If it was part of a marketing campaign for a different game, I might be tempted to call it cynical, but Ninja Theory, since breaking away from traditional publisher support and all the stifling caveats that come with it, have made good on their mission statement of ‘Independent AAA’, citing an ‘open development process’ and a willingness to ‘take creative risks’ as key design philosophies in creating brave, innovative games like Hellblade, which, by all accounts, explores protagonist Senua’s psychosis in a nuanced and respectful way. On Wednesday, as part of World Mental Health day, Ninja Theory donated all proceeds from sales of Hellblade to UK mental health charity Rethink. Yep, all of them.

‘Independent Triple A’: The Future of Creativity in Big Budget Titles?

I honestly can’t think of much that’s more inspiring than watching a dedicated team of independent artists create something that resonates emotionally with so many, and then using the proceeds for something worthwhile. It’s an incredibly moving example of a developer working on their own terms at every stage of the process, and shows what’s possible without a detached and disinterested corporate entity grinching all over everyone’s Christmas. Personally, I’m excited for what Ninja Theory do in the future.

Hellblade: Senua’s Sacrifice is out now for PC and PS4, and about a third of the way done downloading on my own console, so check back for some more thoughts soon.