Members of LGBT communities are diverse, beautiful people coming from all walks of life, compromising different identities and values, and sharing so much among so many differences. On the other hand, LGBT representation in video games can be… less than such. While representation has improved, there is still a lot of room to grow; many attempts fall into the same tropes over and over again, often only being clear in one romance track, or a ham-fisted NPC interaction. 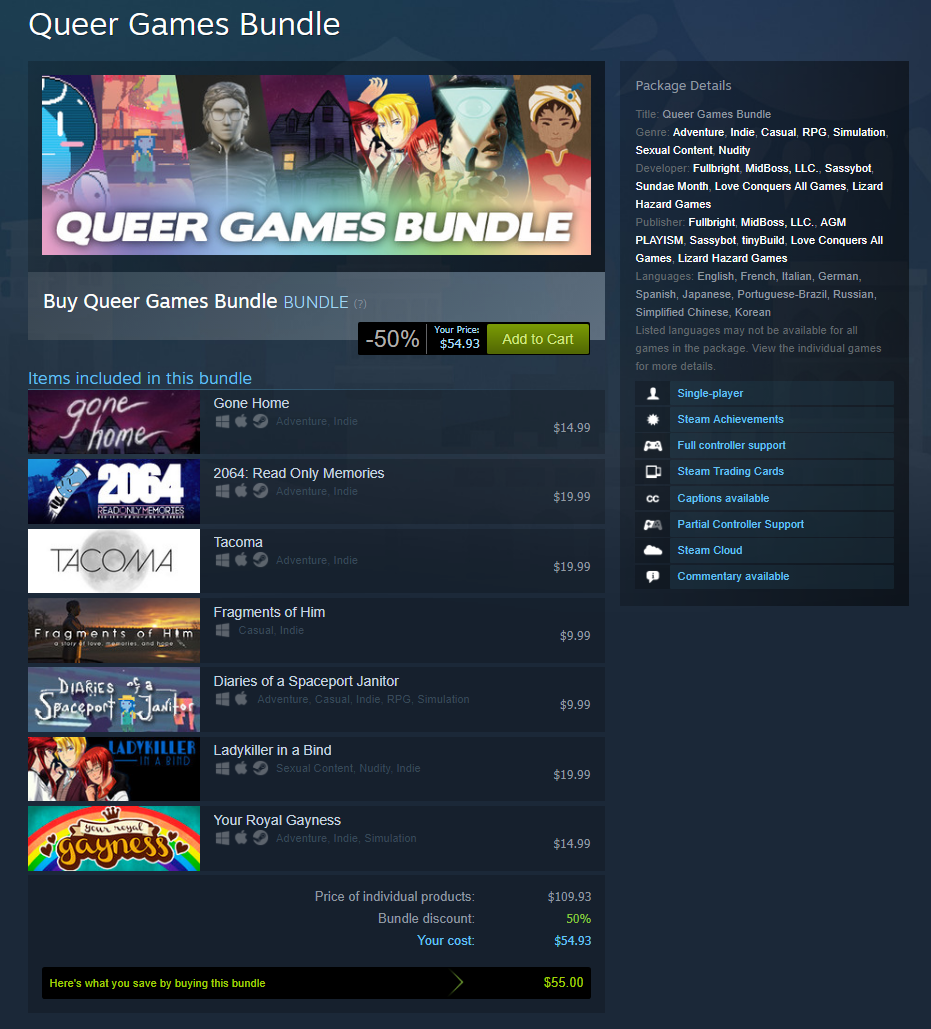 More Than Just a Sub Plot

Another answer, though, is these games don’t have all that much in common. They have different play styles, genres, art — the list could go on. This set of games draws attention to the fact that LGBT people can be represented with more than just a romance or a throw away line. Protagonists can express their gender and sexuality in a number of ways, and this part of their identity can be an important character trait as well as an important part of the story. 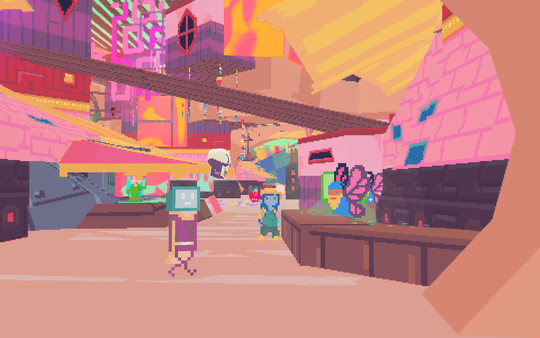 Video games, at their best, can serve to give players a new way of seeing themselves in the world. James Shasha, developer of one of the games in this bundle, Diaries of a Spaceport Janitor, said that “ many members of the team are transgender and/or nonbinary and/or genderqueer. The way gender is represented in the game is a reflection of our life experiences.”

No matter where one is on their journey of identity understanding and exploration, seeing someone like you in a game can be an empowering experience, especially when they’re not just another trope. Check out the Queer Games Bundle on Steam; the games are half off when purchased together through August 21st, and 15% after that.