Home Read The Characters We Love, And Lust 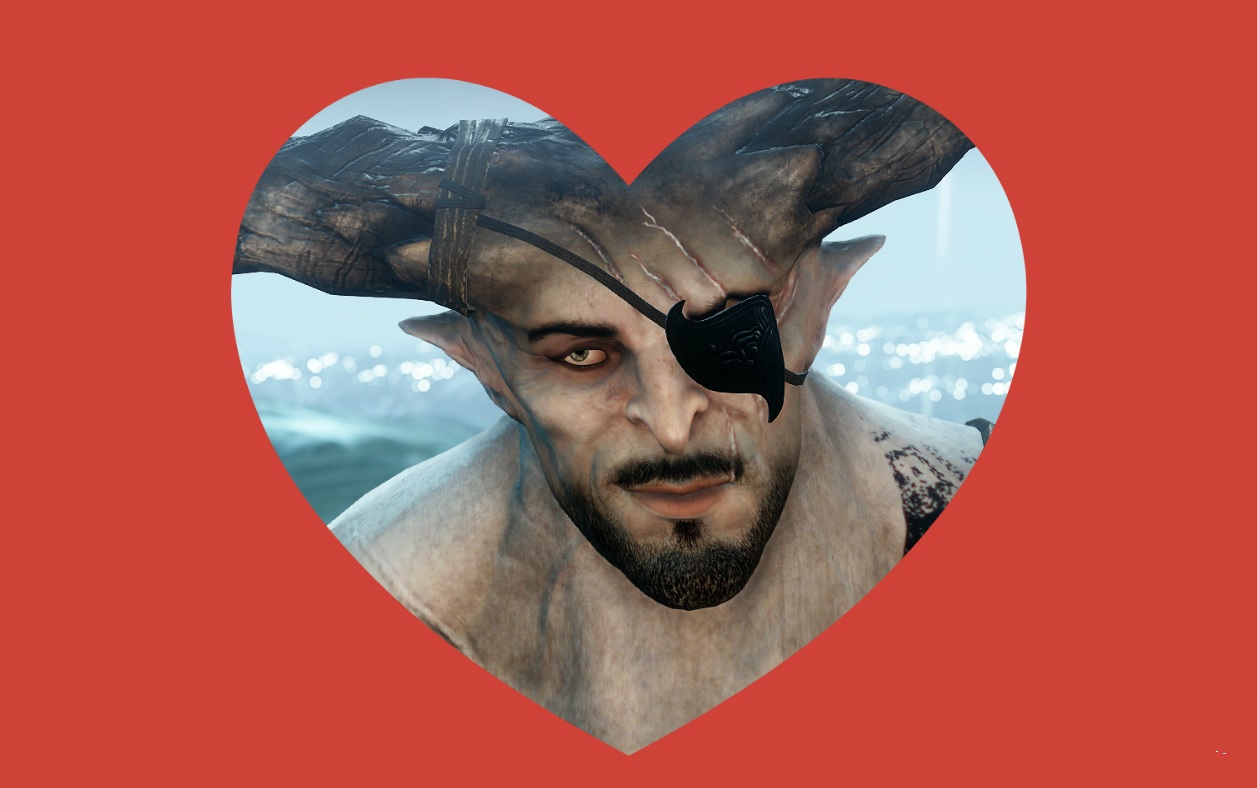 From V-Day to Palentine’s to Galentine’s, February is the month of love. In honor video game bromances like Junkrat and Roadhog, BFFs like Mario and Yoshi, and true wuv like Geralt and Yennifer (or Triss, whatev), here’s the video game dudes and dudettes I love. ‘Cause it’s important to remember that romantic love isn’t the only one.

My brothers from Krogan mothers, Wrex and Grunt

I freaking love Krogan in the Mass Effect trilogy. They are, bar none, my favorite race to ever be in a video game in the history of the gameverse in all dimensions for all time. With their brobdingnagian craniums, gravelly voices that speak only the choicest curt sentences, and urge to smash everything all the time, we are BFF soulmates. I need their awesomesaucery to balance out my “OMG A PUPPY” personality. We are like a really chunky peanut butter and jelly.

Borderland’s Tiny Tina is my video game spirit animal. She’s the dystopian spawn of Mona Lisa (Parks and Rec) and Charlie Kelly (It’s Always Sunny), who was raised in Fight Club with all of Scott Pilgrim’s evil ex-girlfriends. Flamoynant, irreverant, and explosive. She is an unstable force of energy in the packaging of a thirteen year old girl. And, she lovingly refers to her explosives as her badonkadonks. Can I get a hell yeah?

My one true love, Liara

I pined for Mass Effect’s Liara T’Soni like Romeo, wistfully monologuing under Juliet’s balcony. Or something less reminiscent of a horny teenager. I became enamored with Liara and the Asari from the get-go. I want to be an embodiment of the qualities I most admire in Liara. She is a quiet zen of preternatural intelligence. She has a hunger for knowledge that knows no satiation. Yet when she could easily have been a cold, unfeeling scientist, she is instead, a curious, loving, and nurturing person. To say that Liara is a woman is not wholly accurate. Her personhood is neither male nor female, though she (and all Asari) are clearly what we consider a feminine mono-gendered species who happen to refer to each other with the pronouns she/her instead of they/them. Everything about Liara, from her demeanor to “melding,” is intensely spiritual.

My beast on the streets and in the sheets, Ironbull

I was trying to romance everyone in Dragon Age Inquisition, but no one wanted to get with my dwarf Inquisitor self. I knew I wasn’t going to find another Liara, so I was taking Cyndi Lauper’s advise to be a girl that just wanted to have fun. Finally, in came Mr. Horned Dragon-Slayin’ God of Badassery, Iron Bull. Living outside the Qunari and running with a band of wickedly talented mercenaries, Iron Bull has a virile taste for killing and making the beast with two backs (and two horns). Naturally, I flirted with him nonstop because his antics were hilariously endearing. And holy moly, I was rewarded with the most funny romance scenes.