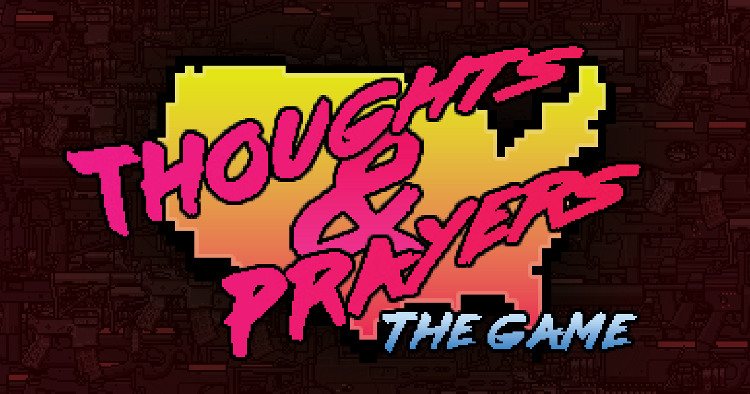 As America struggles with its epidemic of gun violence, many citizens feel powerless. Fortunately, there is an app for that in the form of Everyday Arcade’s Thoughts & Prayers: The Game. Never before has a game so accurately portrayed the power of doing absolutely nothing.

The game is free-to-play and browser based. It consists of a map of the United States where players must react to and combat increasing waves of gun violence. By pressing ‘T’ for thoughts and ‘P’ for prayers, players fight back against an ever increasing death toll. As tragedy continues to mount the most effective tactic requires players to constantly, both ‘Think’ and ‘Pray’ amid the chaos. 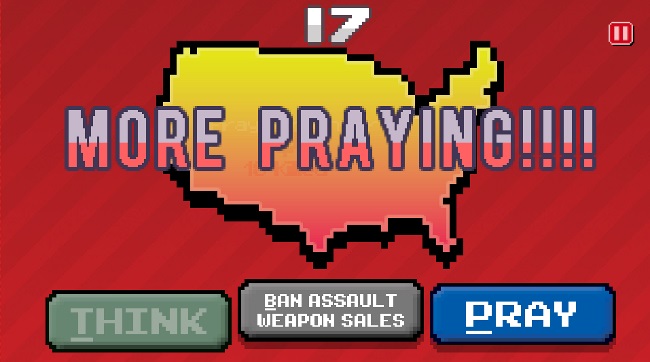 After several successful instances the game throws players a curve ball and unlocks an additional skill. Now players have the option to press ‘B’ to attempt to ban assault weapon sales. This might seem like an overpowered option, but as the pressure to ‘Think’ and ‘Pray’ intensifies the urge to give in to a new solution increases. Fear not though, even if you succumb to the allure of banning assault weapons, the game will helpfully let you know that such a thing will never happen. Instead it reminds players that banning guns or introducing new policy is unpatriotic and ridiculous.

Just As Pointless As The Real Thing!

Once the timer runs out, the game congratulates players for their tireless efforts . The final score will show exactly how many thoughts and prayers were sent as well as how many lives were saved thanks to the players valiant efforts. Thoughts & Prayers: The Game is so true to life that the number of lives saved though this method will inevitably be zero, every time. 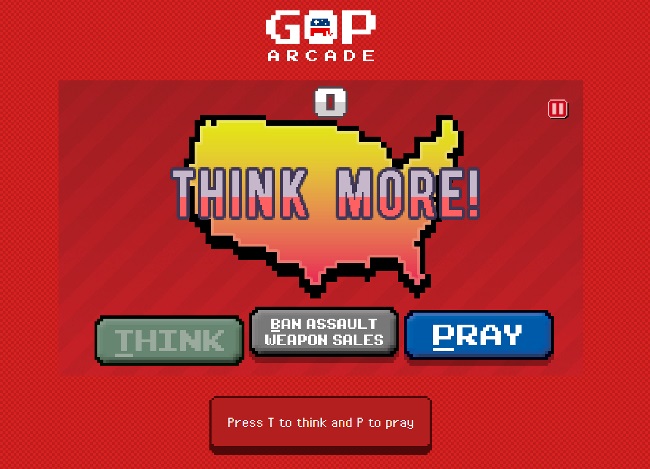 Thoughts & Prayers: The Game is one of many quality titles from the App Store rejected GOP Arcade series of games.