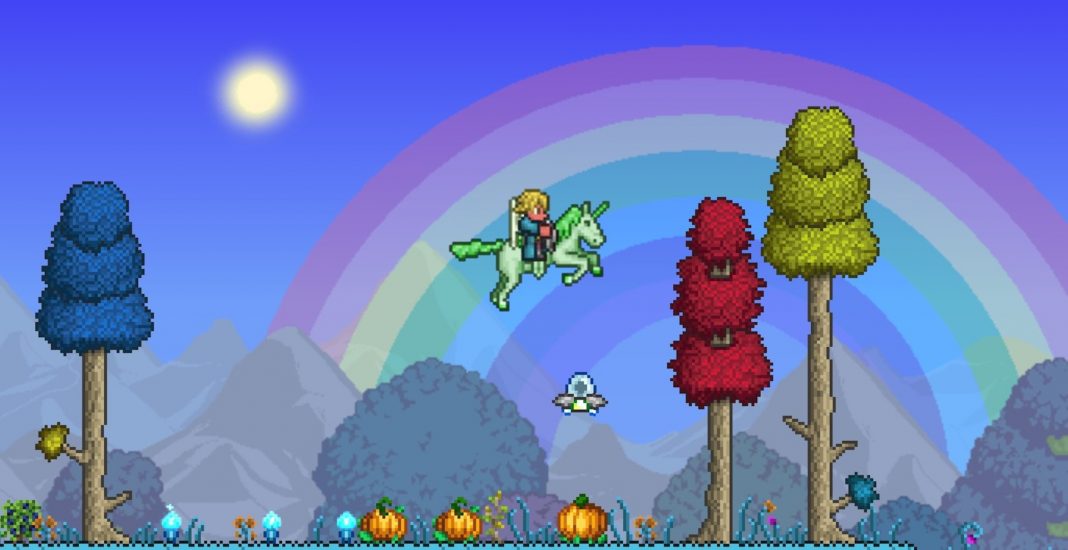 In a world of giant flying eye monsters and mountable unicorns players are free to do and be almost anything. Yet in all the fantastical make-believe somebody at Terraria developer Re-Logic felt the need to spice things up with a dig at those crazy females.

The snide little social commentary had gone mostly unnoticed or at least without comment for the most part, until indie developer, Grace Bruxner posted a screenshot from the game’s wiki on Twitter. According to the wiki, “During a Blood Moon, most female NPCs use more irritable or aggressive dialogue than normal. This may be a reference to the menstrual cycle.” 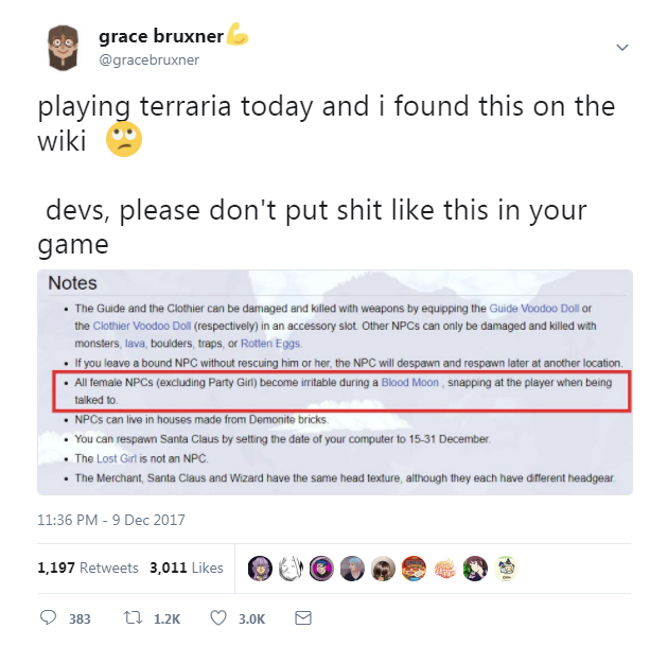 In Terraria the Blood Moon is a common, randomly occurring event that takes place over the course of an in-game night. During the event enemy spawns are increased, zombies can open doors, and the normally cute and defenseless wildlife turn into bloodthirsty monstrosities. Naturally this is the perfect time to have a portion of your NPC team suddenly becomes passive aggressive and catty.

Of course, this being the internet there were plenty of champions rushing forward to support Re-Logic’s bloody little Easter egg. After all, it might be low-brow and tasteless, but it’s just a joke. Why can’t we have nice things like menstruation humor? Well, at the risk of being “that person” it’s because we accept these sort of jokes as truth. 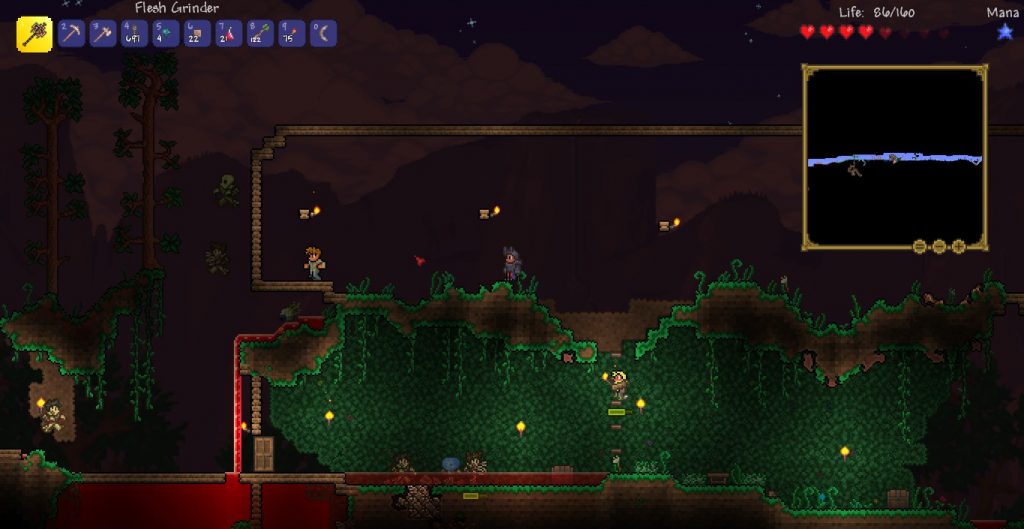 All of a sudden instead of being a fun little dig at half the world’s population the game is promoting a problematic assumption as the norm. As any woman who’s ever had her justified frustration laughed off with a joke about it being her time of the month can attest, plenty of people (men and women) take this joke as fact. When a woman gets angry it’s downplayed as humorous. Something irrational to be avoided until it blows over. A woman’s anger doesn’t need to be taken seriously, or adequately addressed.

In Terraria this troubling assumption isn’t limited to a single throw-away line of dialogue. For such a pointlessly dumb joke the developers really went all in on it. The female NPCs each have several lines of additional dialogue just for this occasion. Gut busting dialogue such as;

“What is that supposed to mean!?” -Nurse

“You better stay outta my hair tonight, hun. I just sharpened my scissors, and I’m looking for an excuse to use them!” -Stylist

The joke isn’t just a unique quirk specific to one character. It’s painting a whole gender as being needlessly bitter and angry. There is never any sort of in-game explanation for the sudden hostility. It’s taken for granted that players will pick up on the humor of NPCs behaving erratically because they’re female and that’s just what women do. It’s pretty much the laziest form of misogyny, made all the more insulting because someone went out of their way to include it.

The only exception to the Blood Moon = angry women rule is the Party Girl NPC. Obviously, because being vapid and fun is the only thing that makes a woman tolerable. She’s too busy planning her next party to be the least bit concerned with the nocturnal terrors plaguing the group. 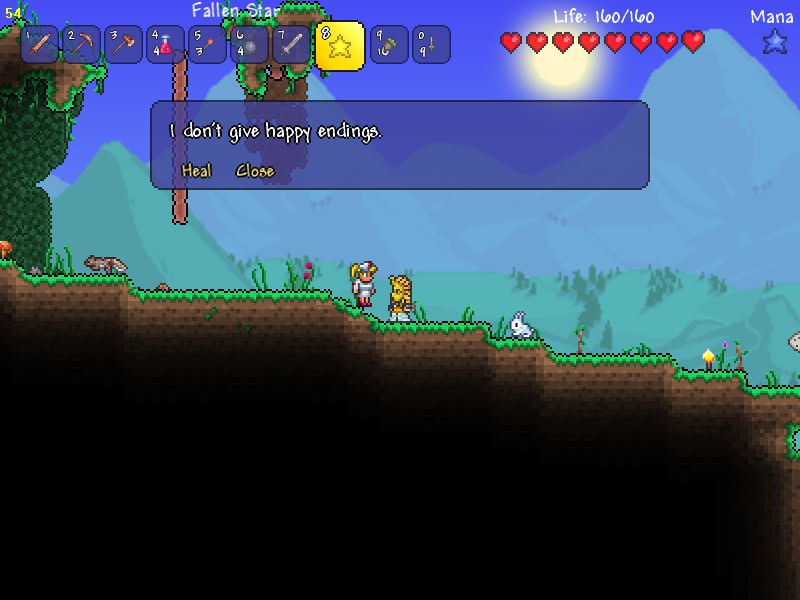 Meanwhile, the Nurse NPC is abrasive and frequently rude outside of Blood Moon events. To an extent it might make sense for her to be more annoyed on the night when monsters are breaking in and attacking everyone. Instead of focusing that annoyance on the actual threat though, she’s just another punchline.

For a game that offers such imaginative equipment and scenarios, Terraria’s inclusion of this bizarre mechanic is pretty disappointing.