Horizon Zero Dawn met rave critical acclaim earlier this year. Reviews praised its polished (if unoriginal) gameplay, its unique and compelling story, and the jaw-dropping graphics. It also got a lot of attention for its diverse representation of America, featuring a cast full of people of color and various sexual orientations. Despite its Dutch heritage and futuristic setting, Horizon better represents the cultural landscape of modern America than many contemporary, home-grown games.

But there is one perceived flaw in Guerilla’s PlayStation masterpiece, something that few – if any – of those glowing reviews touched upon.

Dia Lacina, a Native American writer and photographer, wrote an open letter to all of games journalism about their critique of the game. In the letter, Lacina criticizes Horizon’s appropriation of Native American culture, pointing to the wardrobe and language Guerilla employs in building its world, without including any actual Native people in the game. But the main thrust of the article deals with games journalism, and criticism as a whole, and how nobody talked about that appropriation in their reviews.

If you want to learn more about Horizon Zero Dawn borrowing from history and its cultural appropriation, you can watch our collaboration with Games of History below.

I’d take Lacina’s point one step further and say this is a great example of how poor most game reviews are. That’s a tricky statement to make in this climate, when game journalists are regularly harassed for their opinions by the GamerGate hate movement. Still, it’s one that needs to be said if the medium is ever going to move forward.

The trouble comes down to the term itself: “game reviews.” Reviews shouldn’t assigned to video games because it’s an ever changing art form. You review toasters and washing machines – do they work, and do they do the job well? But video games, like any art, is far more involved than that, and too many game reviews seek to only answer the question of whether or not a game is buggy or not, whether it runs at 60 FPS, and if it’s got multiplayer.

It makes sense why so many outlets do this – including our sister site Cliqist soon – and so many writers indulge in assigning their opinion a number – myself among them. It’s easy, it allows for quick turnaround on content, and that’s what most people expect. “Does a game work, and is it fun,” is all that’s expected, and wanted by some. But game criticism should be so much more than that. 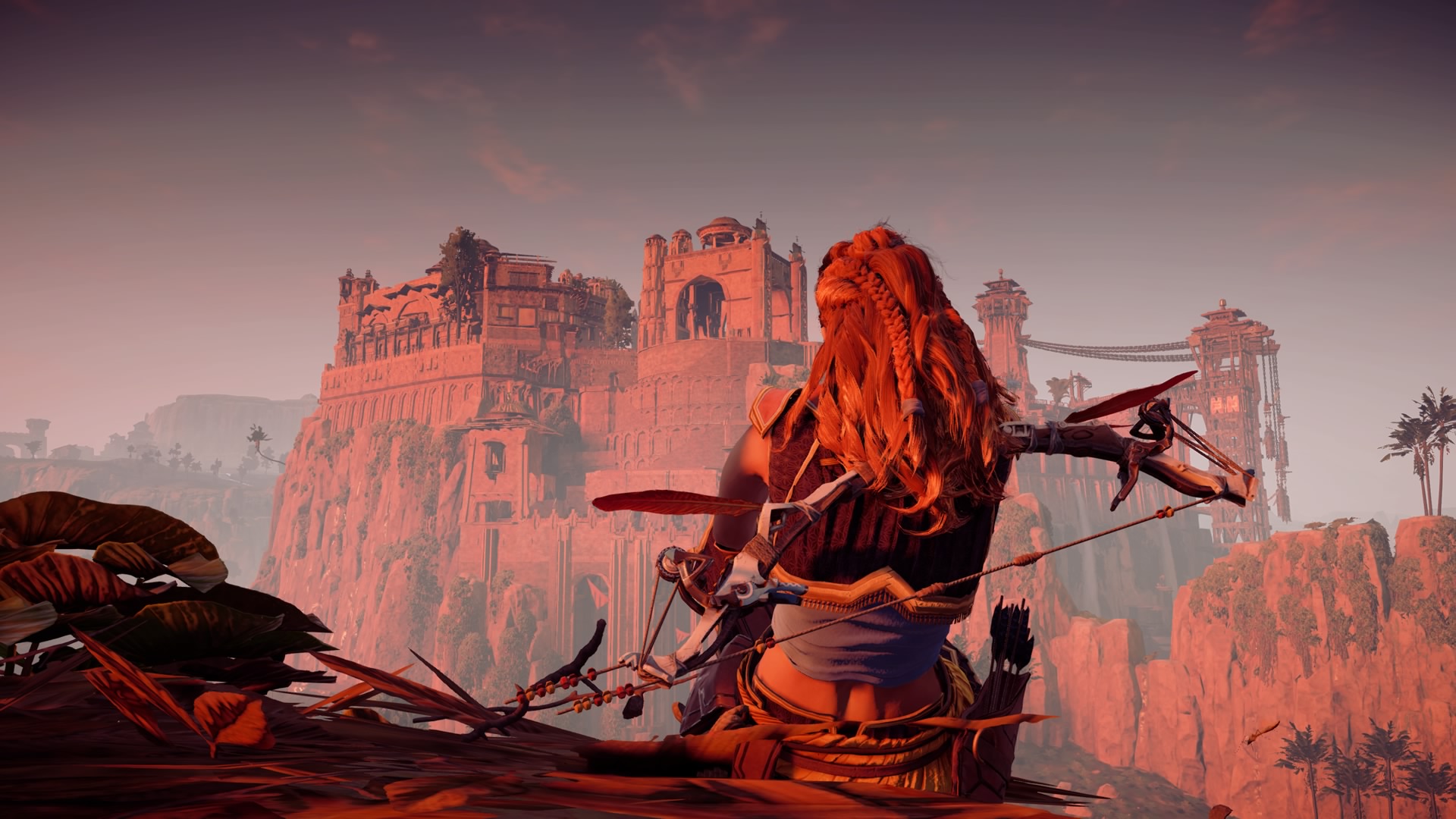 Criticism needs to break free of its rigid, structural checklist of gameplay, graphics, story, and wrapping up with an arbitrary number. There needs to be more room for interpretation, and discussing factors like cultural appropriation. Imagine reading a critique that talks about a character that works really well, and explaining why that’s the case instead of quickly moving on to the next point. That’s often a sense you get when reading reviews of Horizon, for example. It’s one of incompleteness, like the reviewer wants to talk about something, but doesn’t.

Kotaku is the first to spring to mind. The review, not scored thanks to Kotaku’s more forward thinking approaching, ends with the paragraph:

“At the start of Horizon, most people underestimate Aloy, considering her to be a despicable outcast or nothing more than a pretty face. Aloy’s consequent adventure, then, is a fight against the societal rules and expectations that kept her cloistered for so long. At its heart, Horizon Zero Dawn is more than just a game about killing giant robot dinosaurs: it the story of a determined woman who works twice as hard as anybody else just to be accepted. Horizon is the story of a lot of women, really, and the ways in which they reclaim, rebuild and become worthy of an unruly world.”

That reads more like the start of a great piece story, not the end of a review. Yet the rest of it doesn’t dive into anything close to those depths, instead going down the standard checklist. 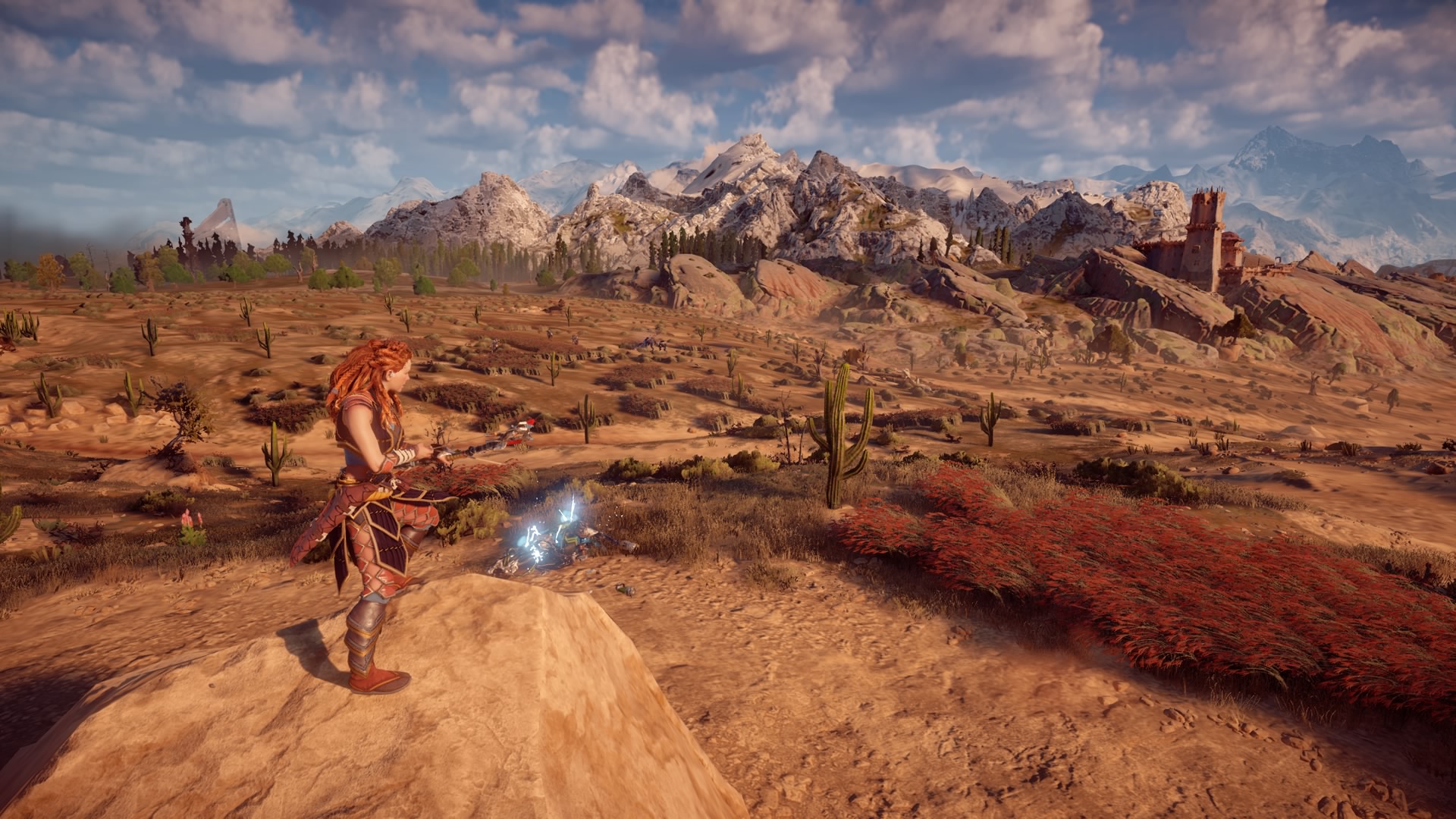 Polygon’s review reads like it got spat out by a machine.

“That cast includes characters like the drunken warrior Erend, the new-to-the-throne and progressive-minded Sun King Avad and the mysterious, omniscient Sylens. It’s a cast whose progress through the story I was eager to witness, and the political maneuvering of the world of Horizon weaves myriad opportunities for intrigue both in this game and the future. Horizon Zero Dawn answers the vast majority of the questions it presents. It leaves characters with arcs that feel completed but also a bear sense of continuity, of possible direction for the future. It builds in the potential for sequels and spinoffs, but in a smart, natural way, without the need for frustrating cliffhangers or unresolved plot threads.”

You can boil that entire paragraph down to: “the cast includes some interesting characters. The story answers its own questions. The characters feel complete, but also there could be a sequel. It does a good job leaving the door open for said sequel.” In a paragraph about characters and their development, what good does that provide the reader?

The review then talks about Aloy, the protagonist of Horizon, and that she’s a deep character and that she grows over time.

“Aloy herself may not be an incredibly deep character, but she grounds Horizon’s gameplay via a wide array of combat abilities that grows as the game progresses. Through both crafting new weapons and items and learning new skills via leveling up, Aloy grows from an above-average hunter to a woman revered across the land as an unstoppable machine killer. While she’s up against technological nightmares, Aloy embraces technology in a way other members of her tribe do not.” 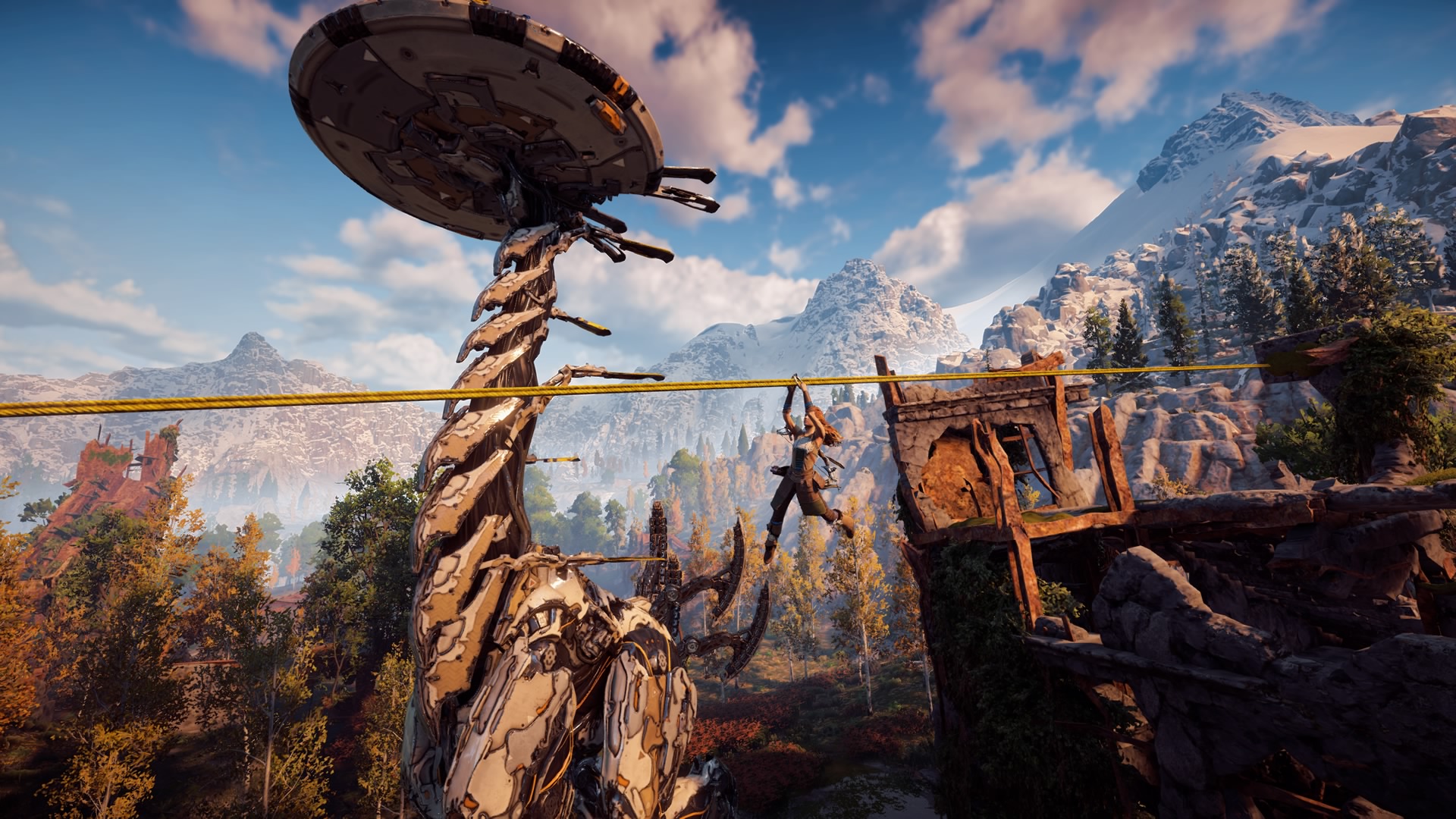 This is exactly where the article should be going, at least when discussing the character. It’s a great jumping off point to talking about what shaped Aloy, both from the culture in-game and with the developers in real life. But it instead immediately transitions back into robo-speak:

“Early in her life, she discovers a strange item called a “focus” that allows her to scan the environment and see trails left by people. Aloy uses the focus quite a bit in quests and story moments, but it’s also a key to combat. The focus allows you to see the weak points on your robot enemies, which means even if you’re using a bow and arrow or slingshot against them, you can target the exact points that will do the most damage.”

Rather than talking about what influenced Aloy or her world, it instead runs the typical video game review gambit and uses that to instead talk about and you can kill things. This presented a great opportunity to bring up Native American culture since it plays such a huge role both in Horizon and with Aloy, or any of the other various women warriors throughout history that influenced the game such as Viking shield-maidens or the Amazons.

What did developer Guerilla take from history? How was that incorporated into the game? In what ways did it influence characters or society in Horizon? How did it influence the gameplay? Is it a problem that Guerilla cherry-picked things they found interesting throughout history and ignored the actual people that influenced them?

None of these questions come up in any of these reviews. 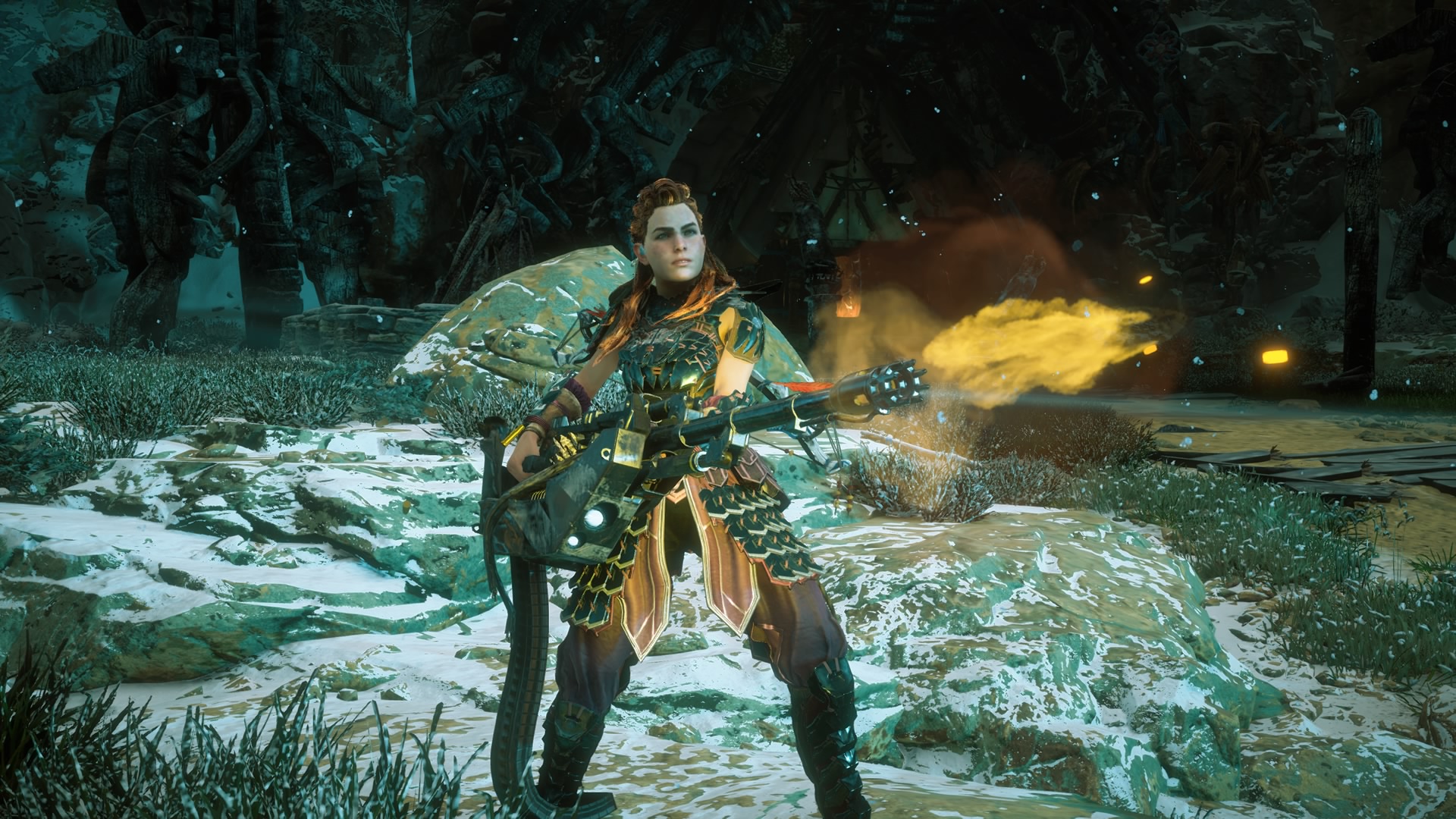 YouTubers are Pushing the Boundaries

That’s the gist of what Dia Lacina was talking about in her letter. Instead, gaming outlets hijacked it, focusing on the cultural appropriation angle as opposed to the need for more dialog. They wrote their news articles and think pieces, the developers defended their work, gaming outlets wrote about that too, and that was that. Horizon became “old news” by then, a death sentence for any story in the gaming press, and reviews haven’t improved much since then.

I’ve been in the game journalism scene long enough to know the old ways of doing things doesn’t work. YouTube, despite its hive of scum and villainy feel a lot of the time, has taken game criticism in exciting new directions. With critics there like Noah Caldwell-Gervais, Raycevick, and Errant Signal to name a few, it’s hard to feel like YouTube isn’t the future. It has nothing to do with “pivoting” to video, and everything to do with content.

YouTubers have taken game criticism to new heights, and traditional outlets continue to trade in an outdated, lacking system. The good ones don’t chain themselves to a release date, or follow a rigid structure for defining what the game they’re discussing is. They examine the game, breaking down it’s component parts both in the game itself, and the outside factors that made that game and influenced those that created and played it, and determine for themselves how it all fits together, and how they view it. 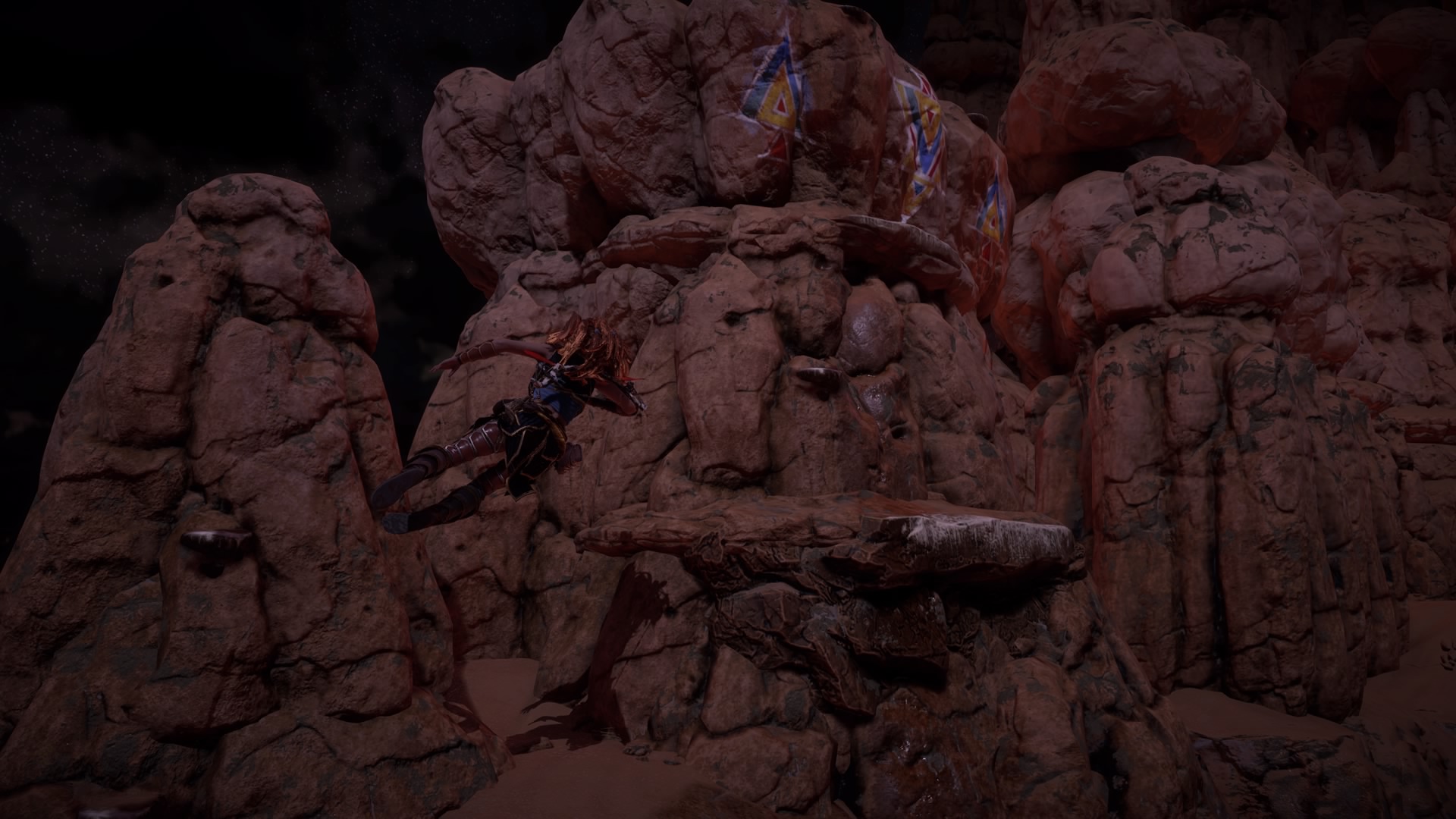 Hopefully with Horizon’s DLC The Frozen Wilds releasing tomorrow, this discussion can find new life. The most telling thing about reviews is the lack of the most important component in all of this: you can believe that Horizon Zero Dawn appropriates from Native American culture, but you can still think it’s a great game.

Guerilla did plunder Native American history, and they should have included Native Americans characters in the game as well as their culture. There’s a big story point later in the game about a group of people wanting to build a world full of diverse people, yet they didn’t include any Native Americans in a part of the world where there really is a large Native American presence. Despite that though, I also think Horizon Zero Dawn is the best game of the year, perhaps even the best of the decade.

That is the beauty of criticism. You don’t have to deduct points for something, you simply state your belief. Everyone is imbued with their own personal biases and beliefs, and the current discussion over “bias reviews” is the only place reviews were only ever going to end up. Treating criticism like a product review doesn’t create the belief that game reviews are bias, but that that’s a bad thing.

Critique will set you free.