Resist Jam took place recently; dedicated to “creating games that resist oppressive authoritarianism in all its forms.” With over 200 games submitted, it’s impossible to get a handle on just how creative and diverse the projects were, so we’ve taken a look at just a few. Firstly we talked about public protest; and now we’ll take a look at a few games about non-violent resistance.

A debate that is doubtless as old as resistance itself: how exactly should we go about resisting? And a question that remains relevant today: should violence against authoritarianism be considered a legitimate tactic?

With the amount of ink spilled on this topic across centuries, it’s certainly beyond the scope of this article to answer those questions. But the games discussed below demonstrate the many forms that non-violent resistance might take.

(Of course, if you’re more in the mood to punch a virtual fascist, and you don’t have Wolfenstein on hand, there are games to cater to your interests too. Try Streets of Change or Bash the Fash.)

The Lights Were Off

Created by Franklin’s Ghost, this game aims to educate the player about the revolution of the 25th of April 1974, known as the Carnation Revolution. It was so named because, after success was achieved without a single shot fired, protesters symbolically placed carnations in the barrels of soldiers’ rifles.

By correctly answering questions about the revolution, you will guide a street artist to spread a message of hope across the walls of the city. 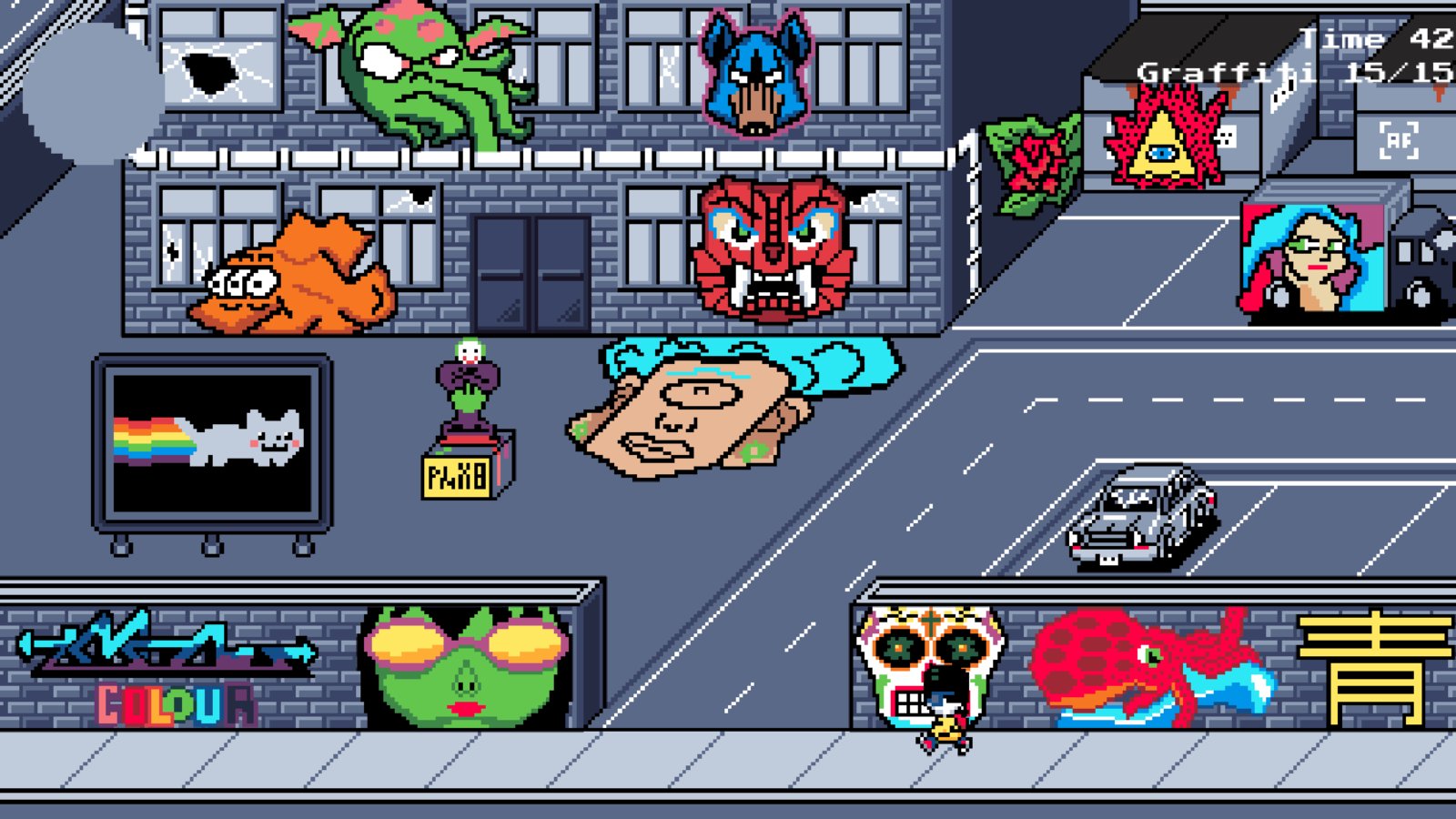 Greyscale by fdottori also focuses on resistance through public art. It’s an act that has been used politically since at least World War Two. Some Spanish artists decorated bombed areas to signify support for Allied forces, and others used “P” signs to call for anti-Franco protests when such talk was censored. Graffiti was also applied to protest the Berlin Wall, and covers the “peace walls” that still segregate Belfast in Northern Ireland. 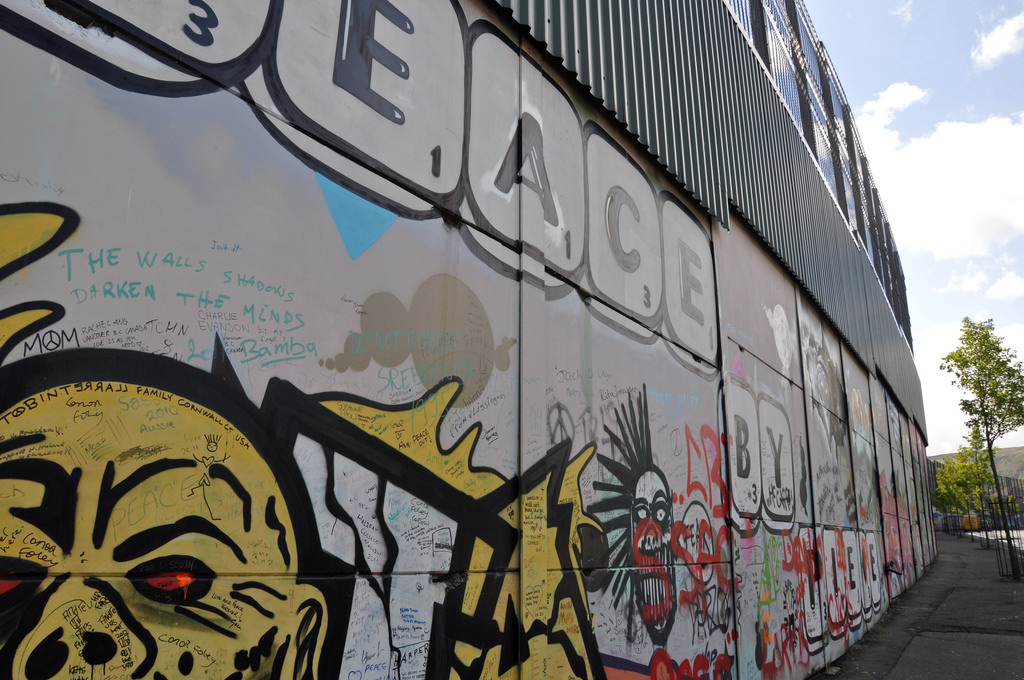 Direct politics aside, there is a particular joy in bringing colour to a world where there is none. It also reminds us that art can be self-care, something that is vital in times of political instability. 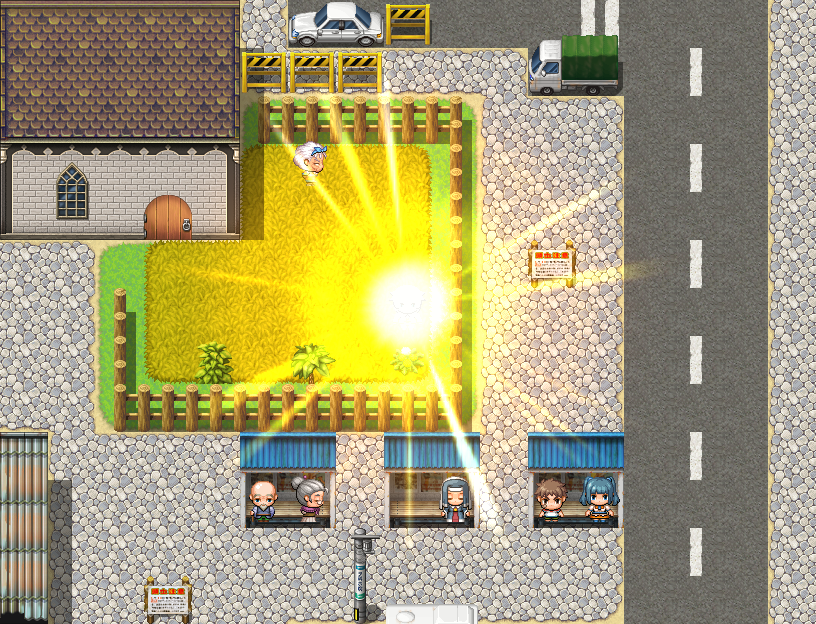 Be the Change by Chequered Ink focuses on resistance through acts of kindness within local communities. It’s a forceful message on the importance of direct action and an affecting demonstration of the power of actions that might seem small.

We can’t all partake in grand acts of protest. It’s often difficult to even know what they are. But we certainly can help out others around us, particularly the most marginalised. Whether that be giving food to the homeless or flowers to the elderly, it matters. Looking after one another is in and of itself resistance, particularly when governments fail to.

Finally, …With LOVE by Angelbait gives a simple but powerful message: whatever you do to resist, do it with love.

This can be applied to any of the forms of protest demonstrated above, and the many more found in the wide array of games produced for Resist Jam. Take a look through the rest of the games, try out what catches your fancy, and do it all with love.