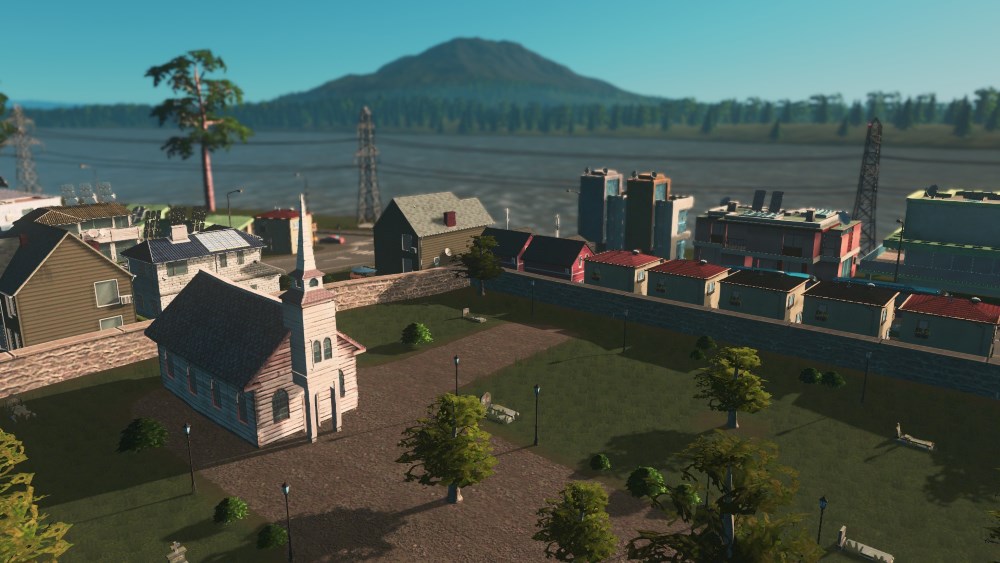 Death is something that we all have to deal with at some point in our lives, whether by losing loved ones, pets, or even witnessing something horrific like an accident or an act of violence. We will also end up meeting the Reaper ourselves one day, unless we happen to be the first immortal ever born. Hmm, it’s not very likely is it. It’s no wonder that such an integral theme to our lives should appear regularly in our video games, and it got me to wondering: What do the games I play say to me about death and my own attitudes toward it? In a series of articles I’m calling Connection Lost, I’m going to hopefully, find out.

We game for lots of reasons: to have fun, to compete against other people and to de-stress, to name only a few. When you stop to think more closely about what you’re playing, it might just help you to gain a few insights into your own thoughts and ideas about non-gaming issues. In this instance, the issue at hand is death, both how particular games or genres treat the topic, and how these might sit with your own notions about it. Using games to shine a light on your own feelings about death could lead to a change in them, or even bring awareness to something that you don’t even realise you feel.

With this in mind, Connection Lost will be about how the various types of games out there seem to treat death, and what kinds of thoughts and ideas this treatment might prompt. As this is me doing the pondering, the games I’ll think about will naturally be games I’ve played and that have made an impression on me. I don’t really know what will emerge, but I am happy to sit and mull things over in a bid to see where this all takes me.

Early doors, I will say that I vary with my views and feelings about death. At some moments in time, I feel accepting and not that fearful of the big D, but at other times, I can feel the fear of the unknown gnawing away, like a low flame under a saucepan of simmering water. I don’t know if there is any kind of afterlife or just simple oblivion. Sometimes this bothers me, at others, I could happily accept either option. I hope this fence I’m sitting on doesn’t give my backside splinters, and come to think of it, who puts a fence across the middle of a cemetery anyway? I’m going to get things started before that raven decides to fly over and poop on my coat.

Grist to the Mill

I’ll get things up and running with games that feature lots of player-dealt death I think. This could be first person shooters, third person action games, or any kind of game in which the player directly or indirectly causes large amounts of people to shuffle off this mortal coil. I thought I’d start with these kinds of game because they often turn (thinking mainly of action games here) into one long killing gallery, the corpses piling up almost as quickly as the spent bullet-casings. Death in these games is everywhere, and for this reason, seems of little consequence.

Your character can often die too, and re-spawn so easily, losing little progress along the way. In single player mode, your AI enemies might dutifully run out to be scythed down by your fire, and in multi-player, people will strap C4 to their own vehicles before suiciding into the side of your tank. I enjoy these games, they can be thrilling and brutal, and sometimes that’s just what I need. I think though that, as far as death goes, they are probably the most meaningless, and beyond any possible “horror of war” value, death becomes just a number.

In this type of game, people often just become obstacles that need to be eliminated before you can achieve your goal. Take the Mafia III screenshot below. I quite enjoyed Mafia III, but if you really want to boil its core reward loop down, it is “stealthily clear the area, probably with your knife, then move onto the next”. Add in a “whistling to get the nearest enemy’s attention” ability, and the rest is just inevitable. The screenshot was taken when I decided to name the doorway ahead of me the “Doorway of Death”. I patiently whistled and stabbed my way through at least ten almost identical guards before all of the others were too far away to be lured. It’s probably safe to say that I didn’t care about these guards, they were just served up for me to knock down. I saw them as dead men walking. 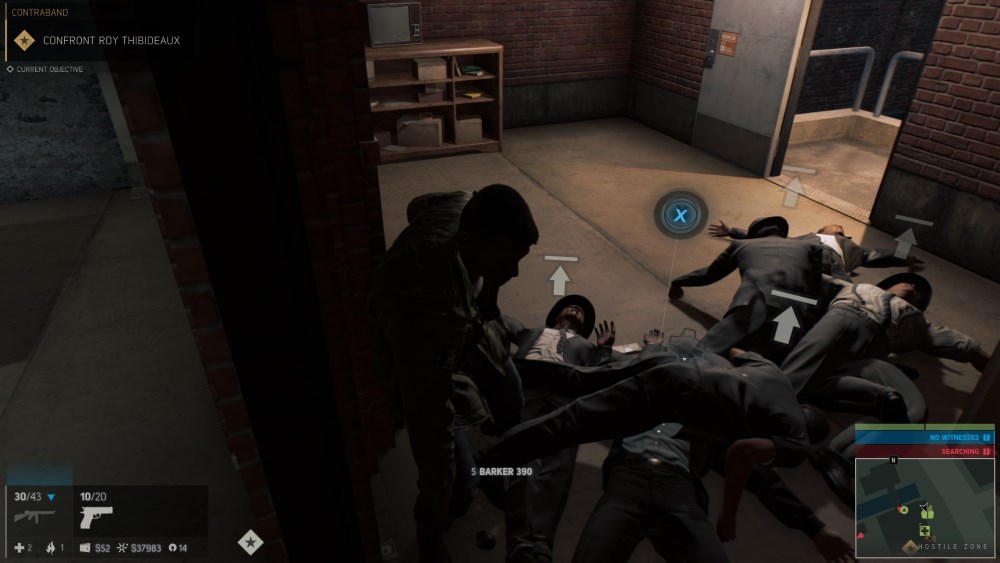 When I play these games, I do feel uber and powerful. They are designed well, and it’s easy to find myself getting frustrated at the “slow bits” such as the cut-scenes and talking parts; I’d rather get straight back to the carnage. Death in these games shares the same feeling as that in massive disaster-type films. How many films have you seen in which the “heroes” save the day and the world seems to quickly get back to normal, yet thousands died and no real reference is made to the poor souls who don’t have any more days left to save? Sure, it’s sometimes kind of acknowledged, but the dead are mostly just numbers to plaster on a news ticker, one that scrolls along under a news broadcast that is filming the devastated cityscape from a chopper above.

Many games treat the dead as just numbers, usually multiplied by a modifier to give the player a brand new shiny rank, title, or achievement. It’s their whole point of being. If I think about it and actively ponder the fact, it doesn’t sit with me that well. This might be because I can see the parallels with my own attitudes toward death in the non-gaming world. After all, I see information about strangers dying in the news all the time, and unless there is something particular that tugs at my heart strings, some shared similarity or experience of existence, they are just a name to me, one I will likely never see or hear again.

Writing that last paragraph reminded me of an experience I had playing city-building game Cities: Skylines. Developing a sprawling metropolis is something that I find very enjoyable, but as in any decent city simulator, you have to deal with the less attractive side of life: sewage, pollution and death. Population deaths in Cities: Skylines are on a bit of a delay compared to the immediacy of an action game. In an FPS for example, you fire your gun, you drop an enemy, you did it, you know it, and you can move on to the next. In Cities: Skylines, if you had any role at all in the death, the mouse-click that caused it could have been made hours before, when you reduced healthcare spending or built that sewage plant too close to that school.

While playing one day, I noticed a few death icons over various city buildings. I zoomed the camera in on my little hearses trundling out from the funeral parlour. It was all interesting and quaint, until I realised that one of the icons was over a green park, a park filled with people enjoying their afternoon. I thought something along the lines of “Holy crap! What happened there?” and as you now see, over a year later I still remember that moment. A simple icon in a surprising place caused me to sit up and take notice, one that was similar to a few others in less surprising places at the same moment in time. I guess this shows the power of context in relation to how shocking or not we might find a death. Watching a war film and seeing tens of thousands mowed down is one thing, watching a rom-com that suddenly turns a bit Halloween might be far more shocking. 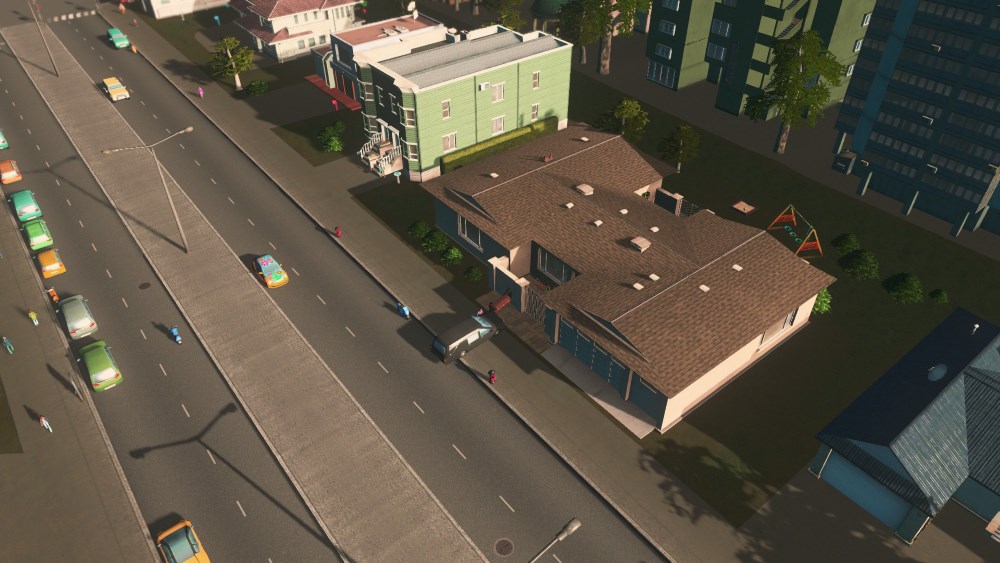 Overwhelmed and Out of Place

I wonder if it’s the almost anonymous nature of mass death that is so numbing. A bit like a physicist explaining the size of the universe in relation to how long it would take us to travel across it, it’s hard to get your head around. We know death happens, that it is happening all of the time, so to be able to mentally switch off once the number of characters we care about is far exceeded by the people who have died, is probably a useful skill, or we might risk being overwhelmed.

This seems to be the thing that pondering “mass death” games has revealed to me, that death often has more numbers associated with it than simply age, and that when you add context into the mix, that it’s all too easy for some deaths to slip under the radar, while others bloom like the explosion of an A-bomb in a playground.

Thank you for reading and I hope you’ll join me for the next installment of Connection Lost soon.