Home Read Connection Lost: You Can’t Take It With You 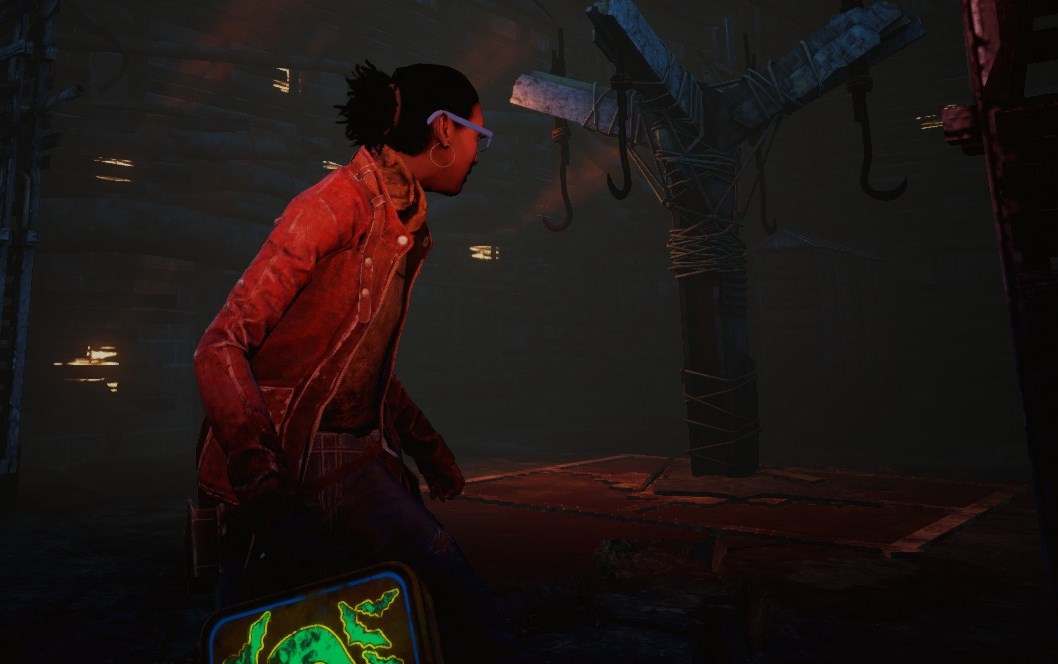 Hello and welcome to article two in the Connection Lost series: You Can’t Take It With You. If you didn’t read the first one, you’d probably be better having a browse of that first, as it will explain a lot about what I am doing. You can find that post at this link. Basically, I’m using the way games deal with death to shine a light on my own attitudes and feelings, and hoping that it might make someone, somewhere go “Wow, I might try pondering stuff in that way too!” Therapy by video game commentary I guess. Not that I’m neurotic about death. At least, I don’t think I am.

Last time, I looked at games featuring mass death, the kinds of experiences where the player causes, or is exposed to, lots of digital people departing this plane of existence. This instalment is less brutal, looking at the way that games create feelings of loss when character death means desirable loot gets swiped from the player’s sticky fingers. Players love collecting and hoarding in-game items, whether they give the player stronger stats, a new way to kill someone, or are just something rare or hard to get. Gamers often end up finishing a game with more items in their inventory than they will know what to do with. The similarities with someone surrounding themselves with material objects in non-gaming life, and then meeting their end, are quite striking.

The first game to enter my cross-hairs on this one is Player Unknown’s Battlegrounds (PUBS). 100 players are air-dropped on to an island who must then scavenge and hunt for equipment that will help them survive against the other players. PUBS is a Battle Royale style game in which the last one standing wins, and death comes very easily along the way, whether by accident, a punishing “shrinking zone” mechanic, or being killed by other players. Beyond decisions about when to jump out of the plane, where to parachute to, and other tactical choices, PUBs can be a brutal game of luck and fortune.

Finding decent equipment can be very important. You might land near a house that has a brilliant assault rifle, a lovely scope, all of the best armour and the biggest backpack straight from the get go. You’ll giggle with glee, thinking about the chances that this gives you to win the round. You then step out of the house and are popped by a sniper that you had no idea was there. On the other hand, you can be having what feels like the worst game of your life, finding only a measly handgun and one ammo clip despite searching multiple houses. You curse the gods and consign yourself to being picked off by someone better equipped; someone luckier and more good looking too if your mind is to be believed. Around twenty minutes later, you find yourself winning the round without ever having to fire a shot. 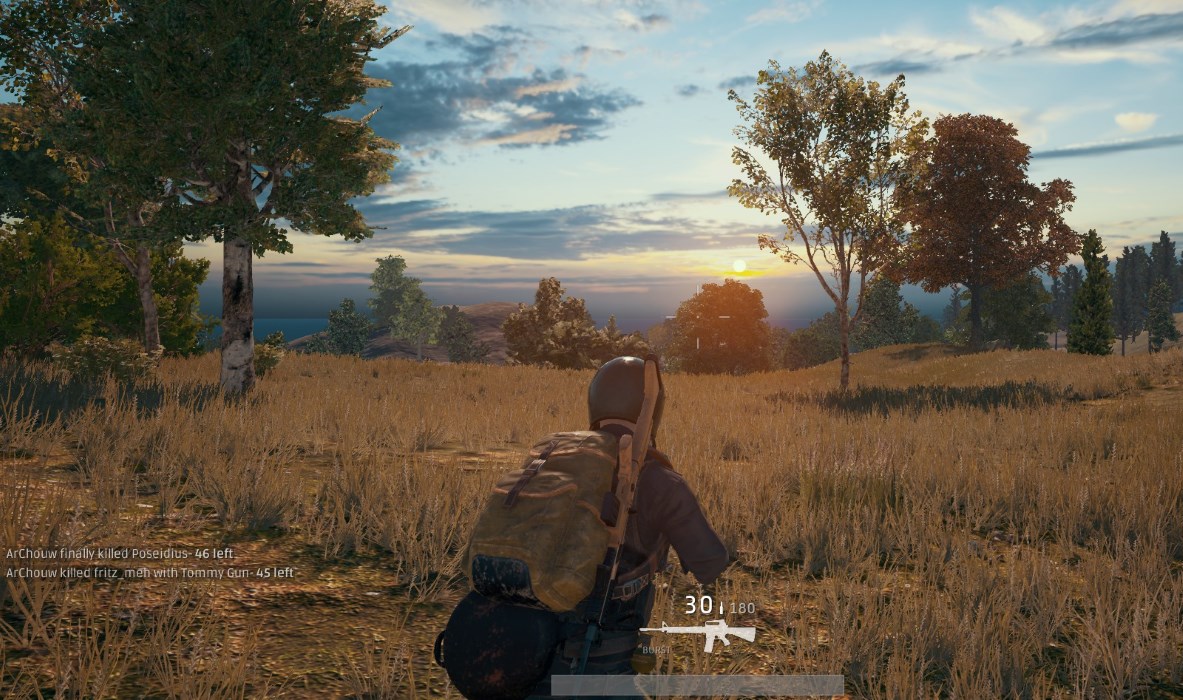 I kind of like the sense of loss that PUBS gives the player when they feel on a roll, and then having that roll not only halted, but ended abruptly and violently. The player doesn’t lose too much, some decent loot and a bit of time, but the twang of punctured hope that sits uneasily in their mind is a loss none the less. Death means something in PUBS, even if it is just those optimistic “I’m going to rock this round!” fantasies getting blown away. The scenarios above show that you can never really judge how things will go based purely on the equipment at hand. If this is broadened out into non-gaming life, I think this equally applies, and I find that a heartening thought indeed.

How many times have you thought something amazing might be about to happen, and then it turned out to be something horrible. On the other hand, how often have you been having the worst time of things and something amazing happened? I know that happens quite often with me, the stuff that I am doing that seems most promising ends up causing me stress and loss of hope when it all falls through, yet the less promising stuff that I don’t really have much feeling about ends up leading to some of the best things in life. People who have horrible brushes with death often find it to be the most meaningful experience of their lives, even shaping their lives into something “better” than they were before. At the time though, I bet they weren’t really thinking this way. We don’t always know what we want or what’s good for us, so judging our chances by our possessions seems a little foolish at the least.

The Paths Not Taken

Chasing the things that we think we want single-mindedly can be useful, but sometimes it closes off other paths and avenues, your lust for some outcome treating you to a more blinkered view of reality. I realised that multi-player horror survival game Dead by Daylight illustrated this quite nicely for me a short time ago. There are item chests dotted around every level that contain the possibility of rare items. The thing is, you don’t get to keep the item unless you escape the killer successfully.

In a recent game, I managed to escape with a rare and powerful toolbox, but it did mean that, once at the exit gate, I was even more glued to that “safe” area as my fellow survivors struggled on. I was fearful of getting caught with victory in sight and losing that toolbox, an object that gave me hope that I’d do well in the next game. If I hadn’t been holding that toolbox, I would have probably been more daring. If fear of loss kept me rooted to the spot in a video-game, what havoc does it bring in non-gaming life. 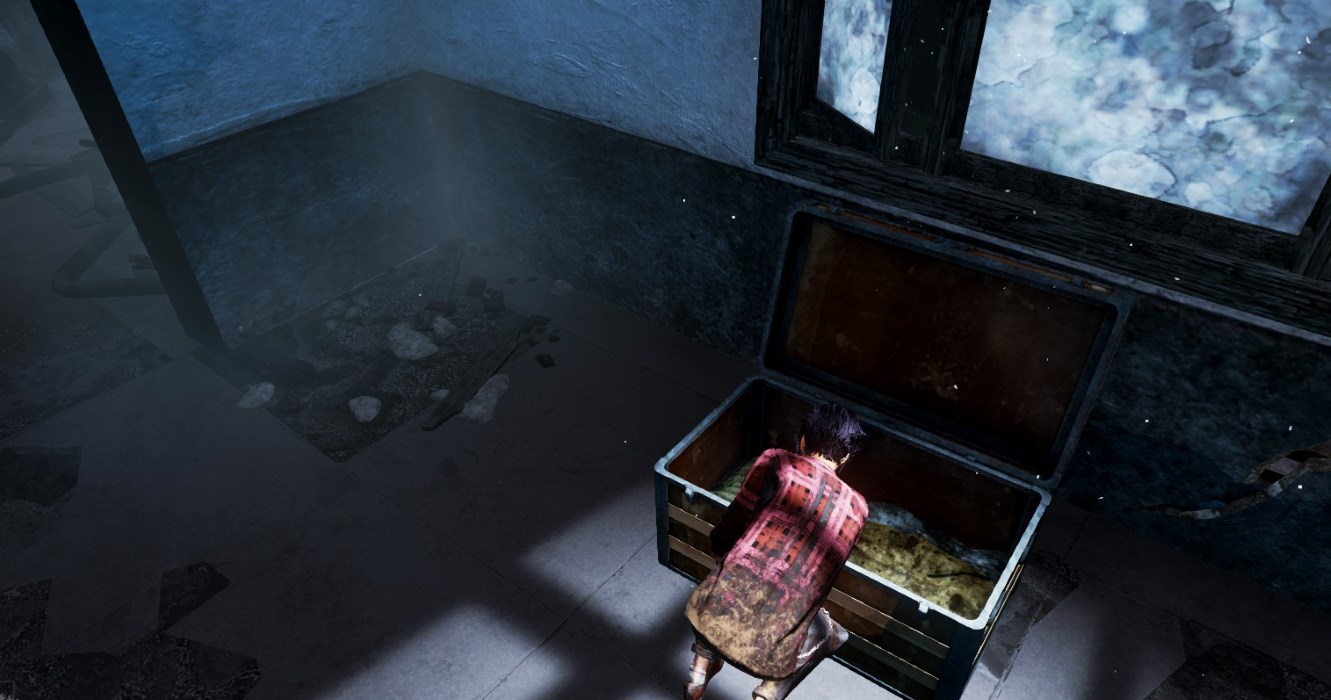 The common phrase “You can’t take it with you” that often comes up when people talk about being tripped up by that death blighter, is a concept that seems alive and kicking in the gaming world. Games sometimes punish the overly courageous by making them walk away with nothing, and reward the cautious with gentle, steady gains. They can also do the opposite, giving those that want to get ahead massive reward for their daring, and consigning the meeker person to anonymous mediocrity. Much like real life.

Loot as a Hope Token

I guess what I’ve taken away from this spell of pondering death and games is that whatever you achieve, whatever you attain, eventually, you will move on, whether by bodily death, loss of interest, or simply moving on to a different game. I also realised that much of the loot in games represents, to me at least, hope. The hope of a better future gaming experience, whether minutes ahead, or some other day in the future. When that hope is thwarted, it can hurt, but as I’ve seen in my previous gaming experiences, games are excellent playgrounds for overturning the odds and coming out ahead regardless. Real life too, if you approach it with the right mentality.

Thank you for reading.