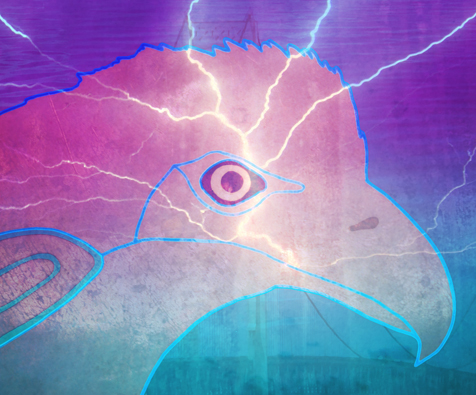 Recently, the lobbying group Energy Builders released a statement accusing the 2D side scroller Thunderbird Strike of attempting to ‘encourage eco-terrorism or other bad behavior’. Naturally, the alarmist press lapped it up with all the predictable zeal of a Pavlovian pooch. Boundary-pushing design and unique auteurial vision is a major draw of the indiesphere, but rarely does anything beyond extreme violence attract mainstream press attention. Then again, Thunderbird Strike‘s creator Elizabeth Lapensée isn’t an unknown bedroom coder, but an assistant professor of Media and Information at MSU. 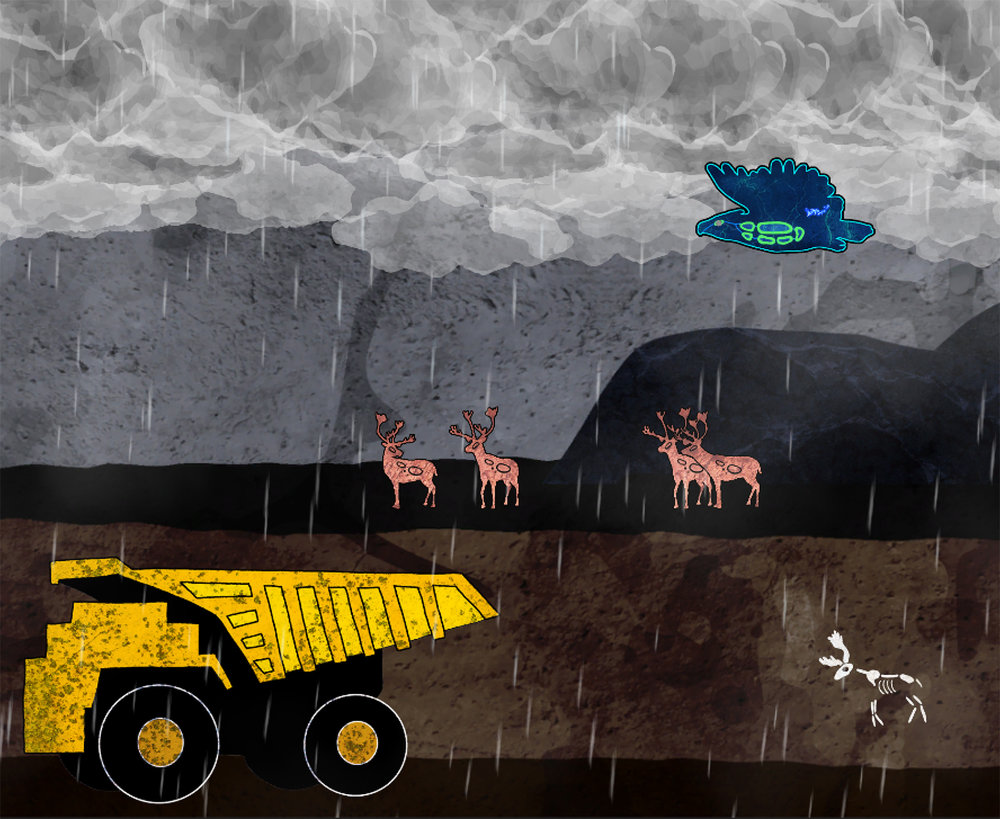 It’s a troubling sign of the normalisation of corporate greed when art that criticises infrastructure like the Dakota access pipeline is more willingly described by mainstream media outlets as ‘eco terrorism’ than destructive acts like fracking. As if the defense of soil that can trickle through fingers; of culture and story, song and home is somehow the more radical act when it runs counter to numb accumulation of 1’s and 0’s. Professor Lapensée’s response? Let the 1 and 0’s fight back – this time as code. Code arranged as a phalanx, or a picket line, and given shape through Beth’s vibrant art and the indigenous stories of her heritage. Beth was kind enough to talk to New Normative about design, Thunderbird Strike, and the role of games in education.

The mechanic is the message

New Normative: Hi Beth, thanks for taking the time to talk. As well as being an assistant professor at Michigan State University and running game development workshops for indigenous youth, you’re also a multimedia artist. As someone who creates across different disciplines, what do you feel is unique or special about video games and interactive art?

Elizabeth Lapensée: Thank you for thinking of me! I work on everything from comics to stop motion animation. I appreciate video games because they can uniquely merge code, design, art, and audio. Of course, with all kinds of media, the meaning is in the meaning you make. With games, there can be even more layers of meaning because of the way players interact with the mechanics and content. As Brenda Romero states: the mechanic is the message.

Games can also be very ongoing. When I finish a comic, that’s pretty much it, it’s done and out there. Since I do my best to be responsive to players, most of the games I work on continue to be revised thanks to good ol’ iterative development. 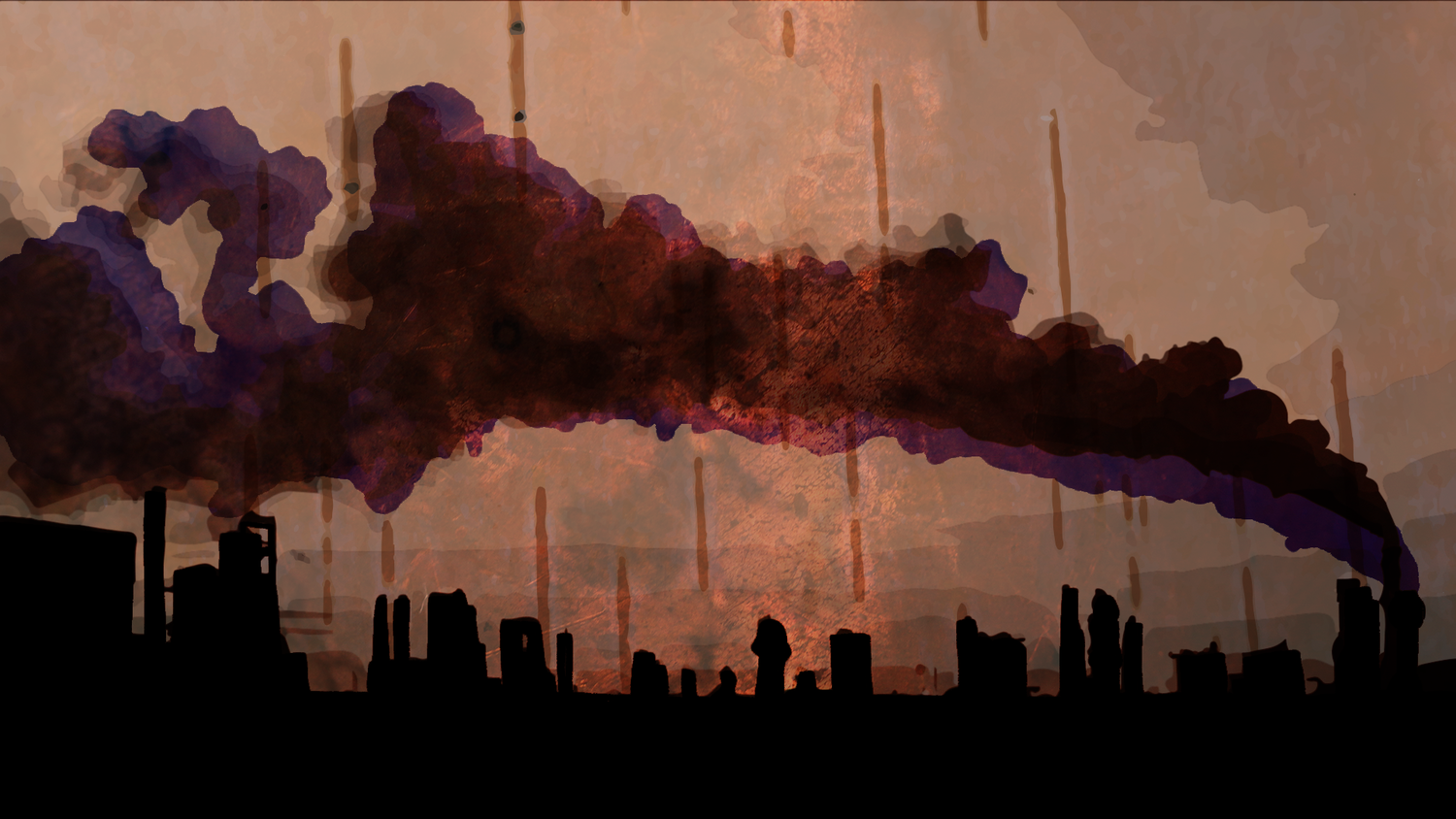 NN: You can score points in Thunderbird Strike by striking lightning at industrial apparatus (Which is really fun, btw), but also, restoration is an equally valid way to play. This seemed just as important to the message as the destructive mechanics, perhaps more so. Was this intentional? Why do you feel the non-gaming press have latched on to the more ‘violent’ elements?

Beth: I was very surprised when I saw the gameplay footage that was going out across news shows nationally. They only showed destruction and not restoration. Restoration has more player feedback, like the animals are animated when they come back to life. All of the targets have equal points and the game reveals your scores in both Destruction and Restoration and both add up to a High Score. The game doesn’t judge you as a player for your choices, because it’s all about balance and the decisions you make while flying from the clouds to gather lightning and then back down to the land to strike lightning for the greatest impact.

All life can be honored

NN: There’s this really powerful image of an all-consuming serpent in the game. The huge, mechanical beast that leaks black ichor into a crystal clear water, the horned snake on the billboards. Am I right in thinking this comes from the same recurring archetype in Native myth?

Beth:  Through Thunderbird Strike, I’m doing my best to pass on stories from my communities. There are many versions of these stories from many nations. I am both Anishinaabe and Métis, so the game reflects the voices of both Anishinaabeg and Michif. Jim LeBlanc, an elder from Bay Mills, tells a version of the story in which Crane Clan is foundational to the restoration of balance. In the game, Isaac Murdoch’s “Thunderbird Woman” and Dylan Miner’s “No Pipelines on Indigenous Land” artworks appear. Both have been used in screen printing gatherings for posters, banners, and shirts. While pipelines snake their way through Aki (Earth), thunderbirds walk among us. Winona LaDuke shares a Lakota version of the story which describes a black snake. Christi Belcourt cautions us to remember that snakes are not simply a representation of wrongs. There are snakes which help just as there is a snake which threatens to swallow the lands and waters whole. All life can be honored, and all greed must be recognized. 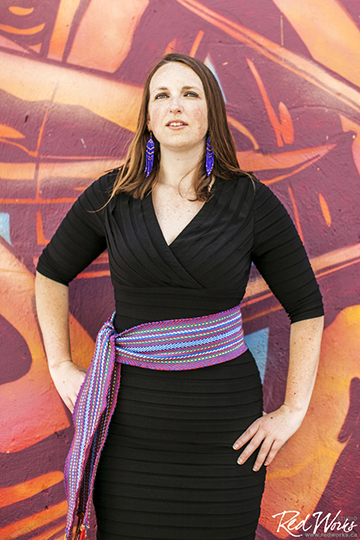 NN: Video games have a history of drawing upon sci-fi and fantasy, but usually it’s the heroic exceptionalism of Tolkien or colonialist space marines vs. thinly veiled cyphers for otherness. Do you feel that Indigenous futurism (The Afrofuturisms inspired sci-fi movement that re-examines genre norms from a Native perspective) has a part to play in expanding this rapidly stagnating pool of game narrative tropes?

Beth: To each their own! I’m glad to have the opportunity to share teachings and language through games, comics, animation, and other forms with guidance and permission from elders and knowledge carriers.

Indigenous futurisms, which threads through my work, is about the past, present, and future as well as blood memory, stars, sound, and related teachings. I lean towards Indigenous futurisms as alternative approaches to games, because I’m the daughter of Grace L. Dillon (née LaPonsie/LaPensée), who coined the term. Her work is dedicated to uplifting Indigenous futurisms writers and creatives, so I grew up immersed in their work and listening to her practice lectures about, for example, the connections between films like Dead Man and Blade Runner. Do N8V geeks dream about an electric Gary Farmer? Well yeah. At least I do… Imagining ourselves in the future is vital to self-determination in the present while honoring those who came before us.

My greatest hope is to encourage Indigenous representation in games not just through visuals and stories, but through design and mechanics as well. Of course, everyone should create in whatever way works best for them. Personally I’m most interested in how a game is played reflecting the ways of knowing I was raised with, which is why you’ll mostly find me working on singing games and tweaking mechanics that pass on medicinal plant knowledge. 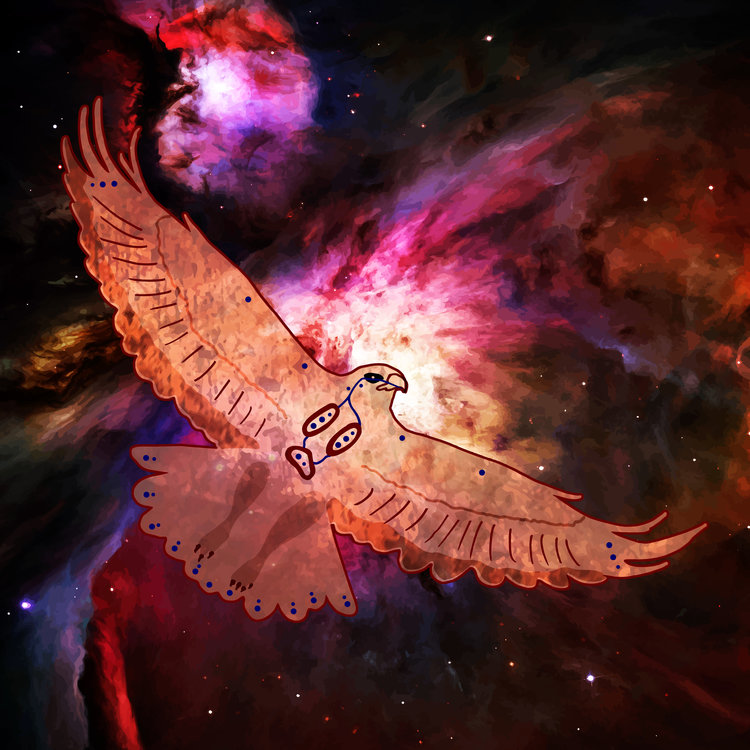 NN: As someone who uses games in an educational capacity – both as vehicles for social impact, and by teaching indigenous expression through game development – what role do you feel games have to play in the future of education?

Beth: Really, I want to see more Indigenous youth making games of their own in programs such as the Skins Workshops and Indigenous Routes in partnership with Dames Making Games. So much can be gained from making games, such as skills in project management, collaboration, design, programming, art, music, acting, and more. To really be able to deconstruct games, we need to engage the next generations in creating games.

In my own work, I’m most excited about the way games can be spaces for language immersion and activating memories about food practices while also representing possibilities for the future. The ending cut scene of Thunderbird Strike shows oil drills replaced by wind turbines. While we can creatively express ourselves through games, we can also use games to test theories and run simulations of the possibilities. 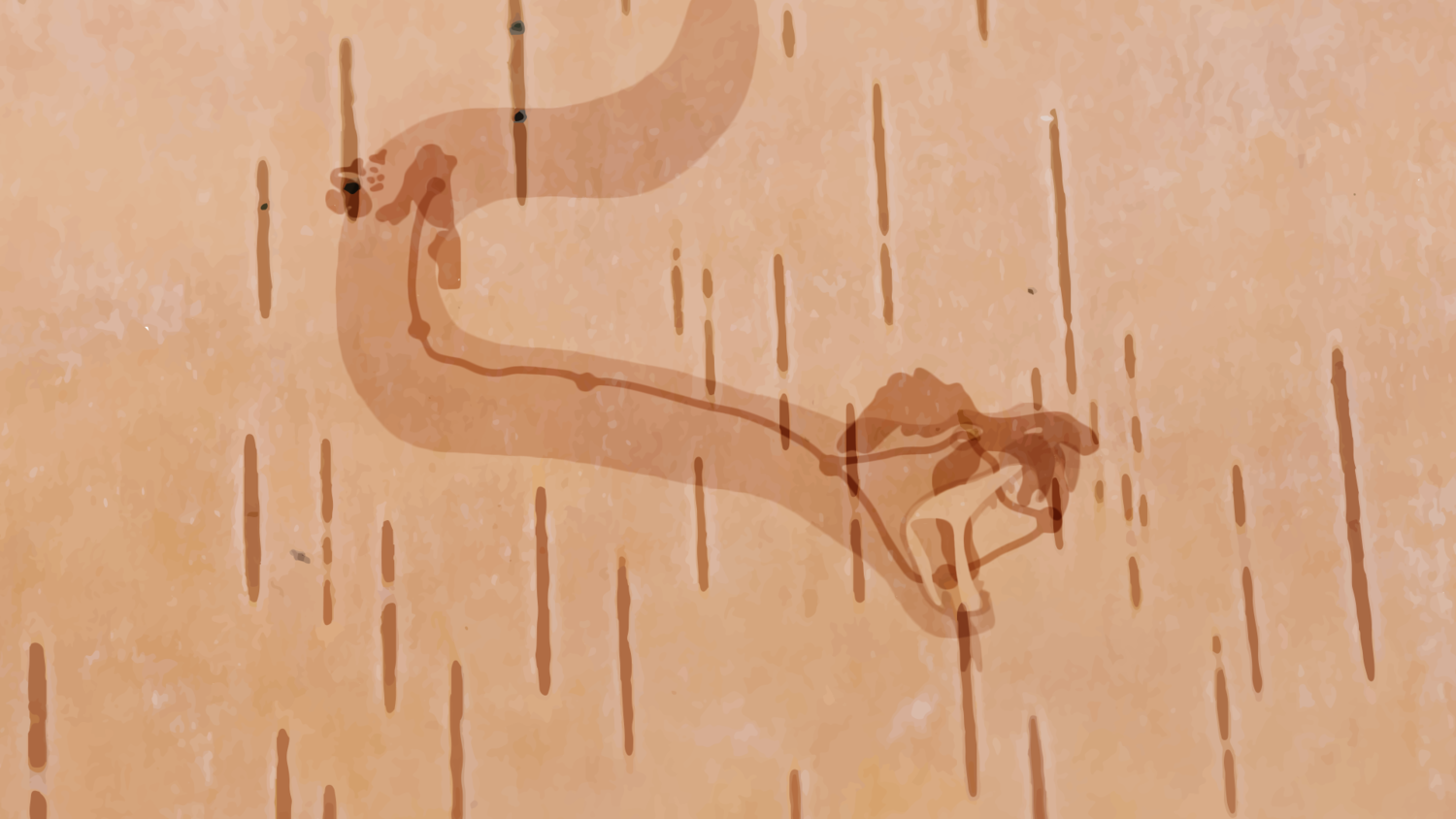 NN: And finally, Toby Mack, the man who issued the press release decrying the ‘eco terrorism’ of Thunderbird Strike, recently stated to Vice that ‘A video game that depicts that kind of activity has the potential to encourage or plant the idea that that’s something somebody should do‘. I’ve played through the game a couple of times now, but try as I might, I haven’t managed to transform myself into a mythical lightning bird. Any advice?