Borders opens with your player character alone in a desert cluttered with equal amounts of hardy plants and human trash. Cacti and bushes might be normal, and even helpful for hiding in, but piles of clothing raise more worrying questions.

And then there are the skeletons. There is a spot just a few feet from where you start that you’re almost certain to die in on your first playthrough. On your second, the bones will appear as a grim reminder of your earlier failure. They remain through attempt after attempt, building up a permanent reminder that death here is more than a temporary setback. 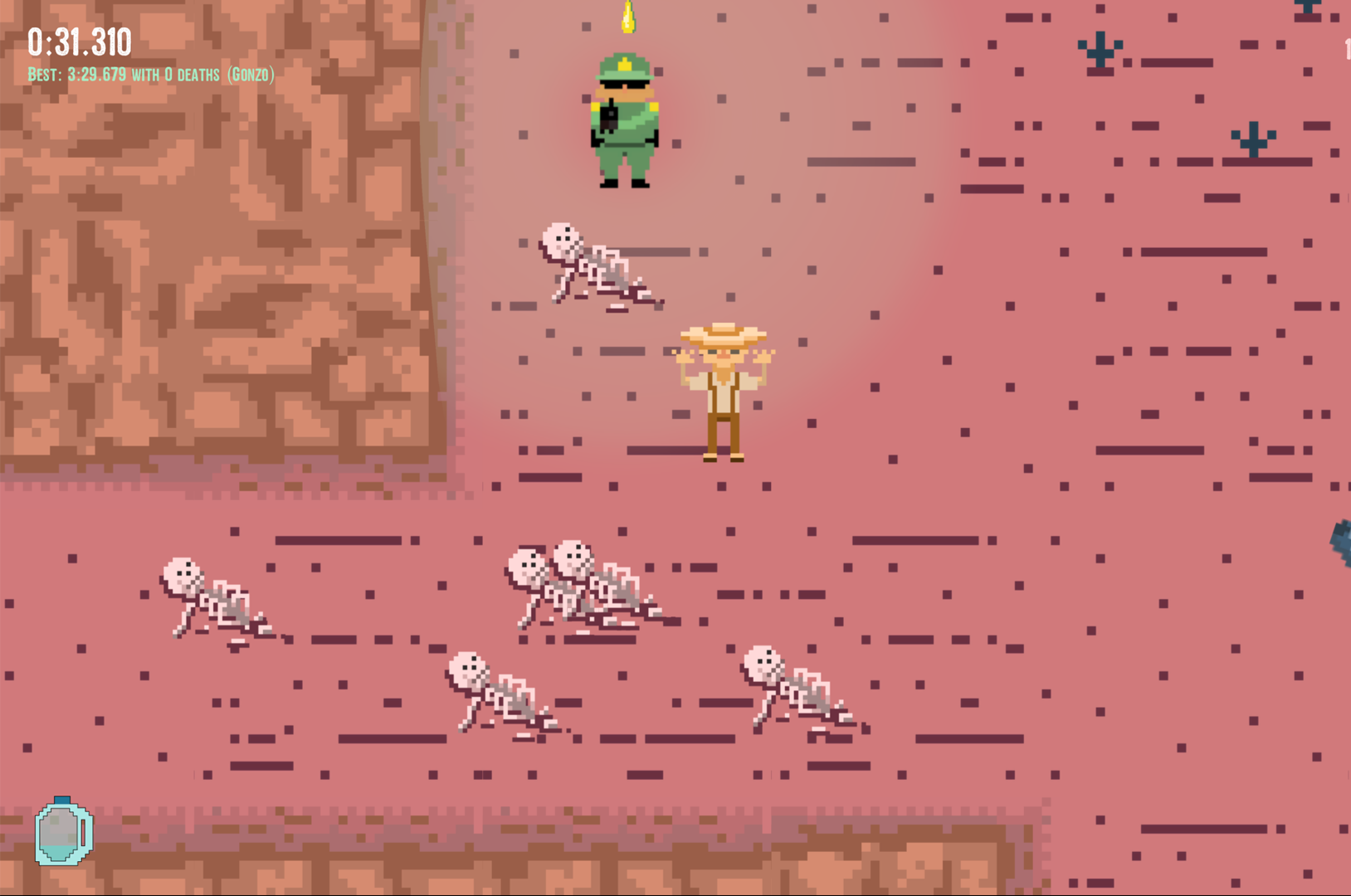 It’s affecting enough played alone, but when developer Gonzalo Alverez takes this game around the world as a part of various arcade installations, those skeletons quickly build up. A pile in that first spot, and a scattering throughout the rest of this pink desert. They become a symbol of very real consequences; both a tribute to those who have lost their lives and a stark reminder of the genuine indelibility of those deaths.

Every year, hundreds of people die attempting to cross into the USA. Borders takes just two of the causes: dehydration and border patrol. The desert is unrelentingly hot, and there is a constantly draining water meter that you must refill by finding containers left on the ground. And La Migra would rather shoot first and (never have to) answer questions later. Dodging them and hiding is the only solution, and it’s not easy. 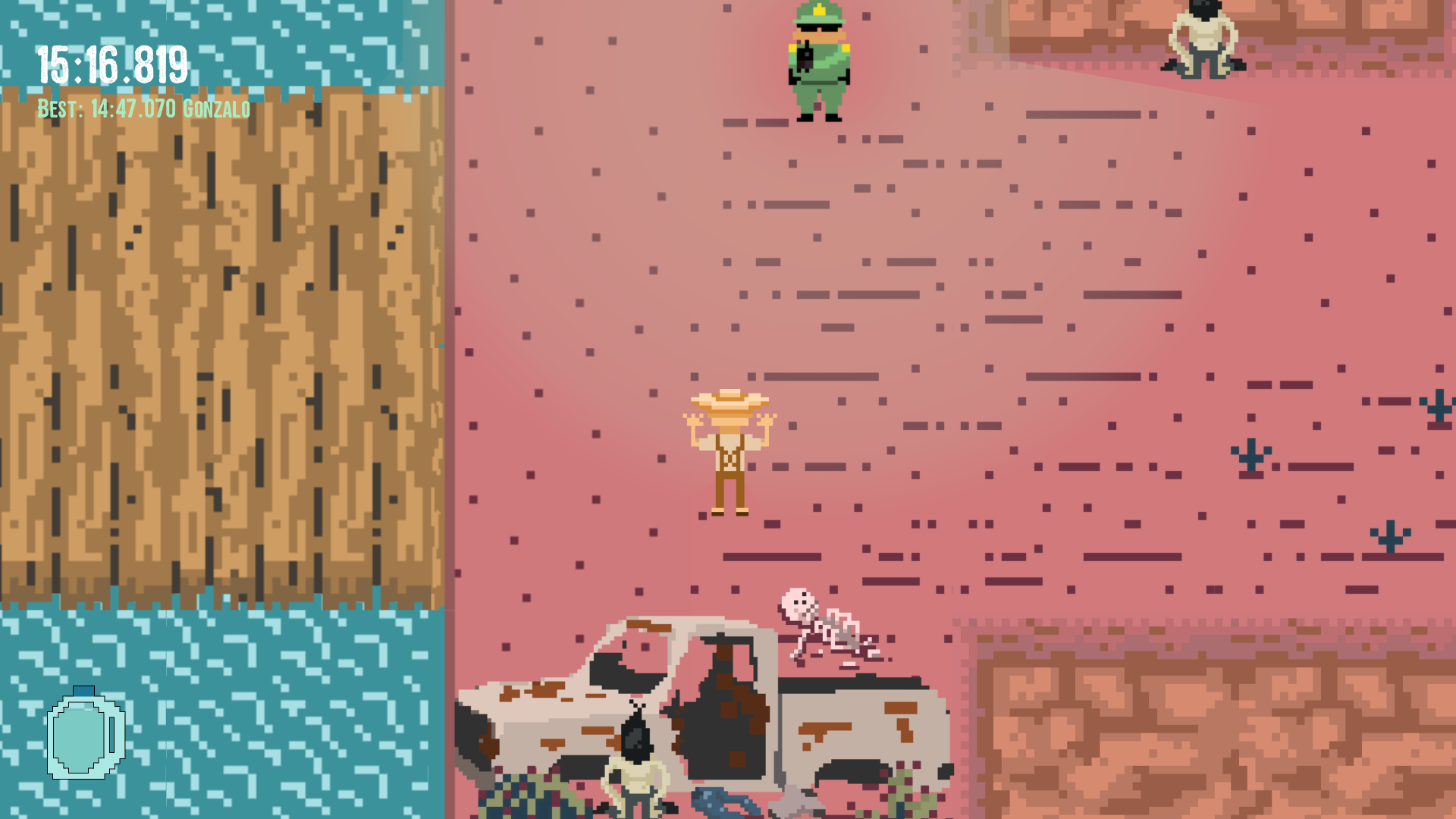 The game presents an understandably bleak outlook on how we treat immigrants searching for a better life. Alverez based the game on his parents’ real trip, and hopes that his game raising awareness might “give the next generation a better future.”

Borders is available to download for pay what you want on itch.io and for £0.99 on Google Play.