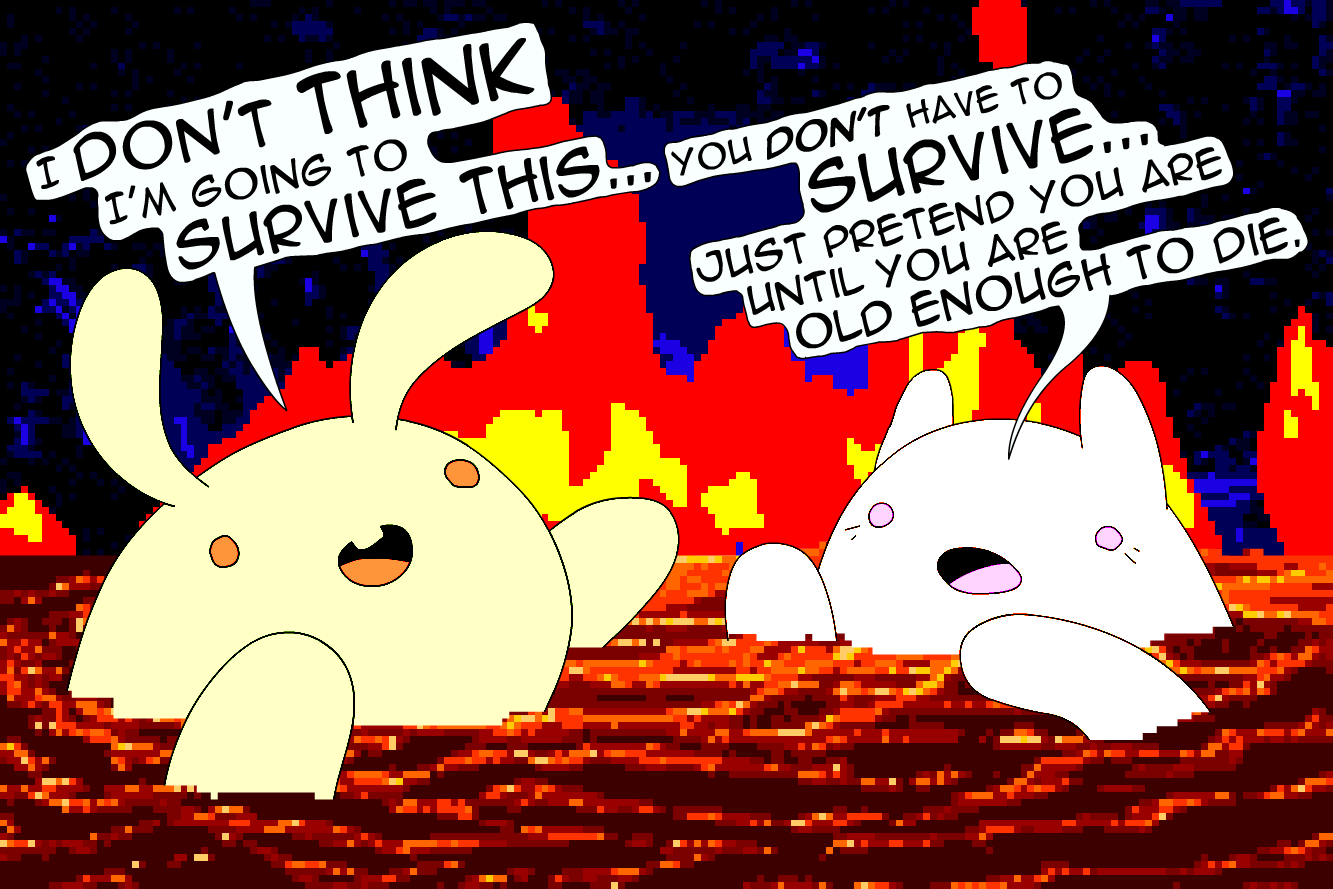 If you’re yet to read Nathalie Lawhead’s blog on her experiences showcasing interactive zine Everything is Going to be Ok at Day of the Devs, do that thing now, and come back.

Yeah, me too. It’s this that got jammed in my craw the hardest:

“What the fuck is this, what the hell, weird ass game, lol acid, haha who the hell would make this…”

When ‘lol acid’ is the default response to any art that blurs realism’s sharply defined edges, it’s worth examining where the baseline expectation for normality is being sourced. Remember kids: The best way to volunteer sovereignty over your own reality is to let somebody else define it for you. When you find them bent over the author clutching a bloodied knife, don’t let them tell you she was dead before they got here.

The ethnobotanist and philosopher Terence McKenna defined the socially sanctioned stance on consensus reality as the ‘alert, problem solving state of consciousness’. It’s caffeine and nicotine. It’s junk food and cocaine. It’s primarily optimal for number crunching, for spreadsheets and headshots and marked by an intense fear of complicated emotions. Objective reviews. Demands that all uncertainty be crushed and all witches be burnt. That poetry be rewritten as an instruction manual. That indefinable intrinsic values be displayed as K/D rationales and leaderboards. And yes; that an unworthy feminine fluidity be flattened and cubed into recognizable Euclidean forms.  Shapes that no longer represent heresy to a mind muted by a superstitious reverence of an unspecified, masculine ‘logic’. 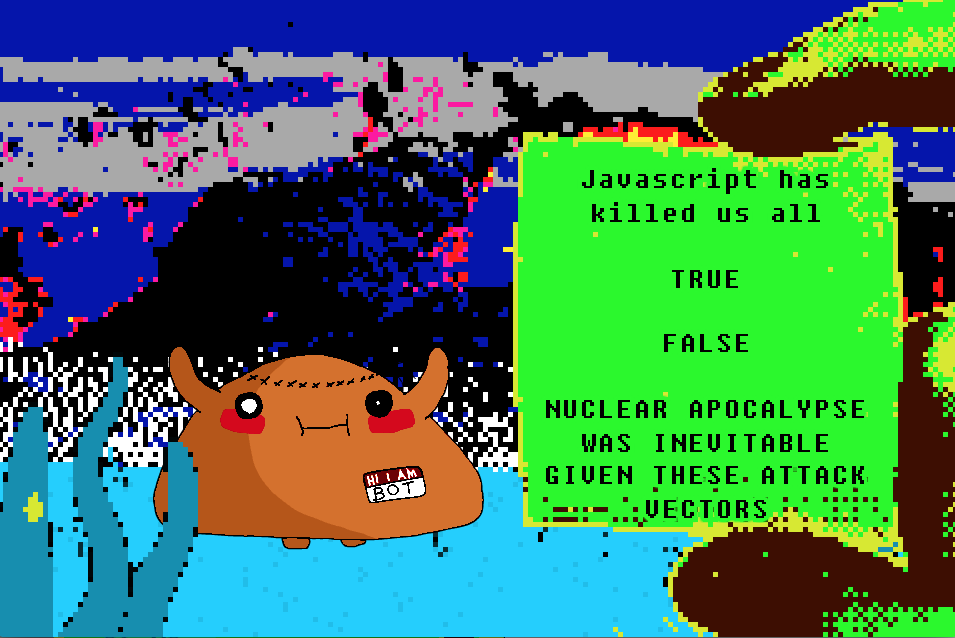 It is a sword sharpened by dullness, and hitting things with a sword is the default response of role-players with no imagination. Everything is Going to be Ok is a creature compendium of obscure horrors and barbed tenderness, and your basic sword of terrified orthodoxy is no good here.

So, look. I tried to make a concession to legibility and gamified a short list of the things Everything taught me. It is a review in the sense than I am quantifying my experience with it.

You will need: One D20. Results are not directly correlative with correspondingly numbered entries in Everything, excepting when they are.

Character sheets are unrealistic and frankly dangerous lies. Consistency is a myth perpetuated by those with no skill for improvisation.

A Nike shoe laced with gummy worms, which may or may not represent the flimsiness of motivational screeching. 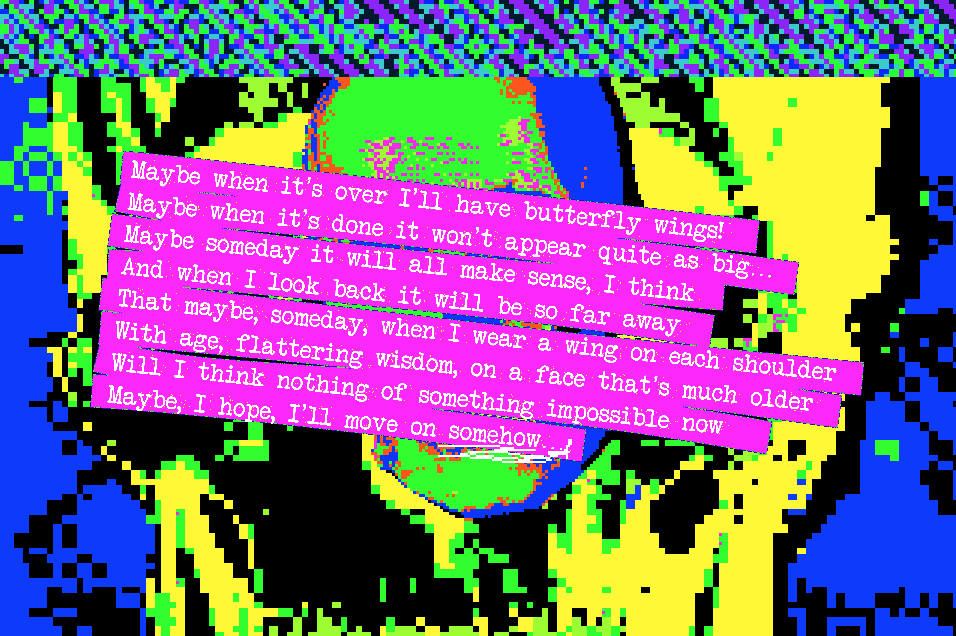 Private poems: Guns are too easy. Writing is like using a nailgun to catch butterflies without harming them.

6: Eventually, we melted under the weight of it, like penitent marshmallows, but at least we did it together. I am now convinced of the beauty of defeat if you can share stories about it afterward.

7: Survivor bias is an ocean view. Have you tried mindfulness? No, seriously. Sutchers. Bandages. Anything. If you’re still bleeding, you’re just not trying hard enough.

8: I met a depressed beast in a world of pale god rays where the black tendrils of fauna wriggled and writhed like a laughing crowd. He is more to me now than a thousand power fantasies, though no less powerful for it.

9: Deep bellows from the chest must be caught, frozen, shredded, ironed, fumigated, focus tested and spellchecked before being released as content.

10: Powerup: Miscommunication is only a personal failure if they can’t get down to the rhythms in your stutters.

11: Powerup: The most accurate chronology is a ruptured one.

12: Pits of spikes are a Primordial Videogame Threat like a Scooby Doo Spectre given shape by genetic memory. If your feet are bleeding, it’s because glass shards litter the hedonic treadmill.

13: For ease of traversal in social space, replace all earnestness with a callow regurgitation of platitudes. It’s only through the abstraction of the remainder of the environment that they reveal their own ridiculousness. Two tickets to Baudrillard’s Disneyland, please.

14: Sorrows are severed limbs. Don’t come running to me when they’re no longer attached.

16: A slanted isometric view makes it hard to tell if you’re pushing someone away when you follow, or attracting them when you retreat.

17: Getting lied to by algorithms still hurts.

18: ‘Play your way’ is a falsehood. Equally respected RPG dialogue choices neglect to actually represent that you are always expected to deliver the perfect answer in meatspace conversation. 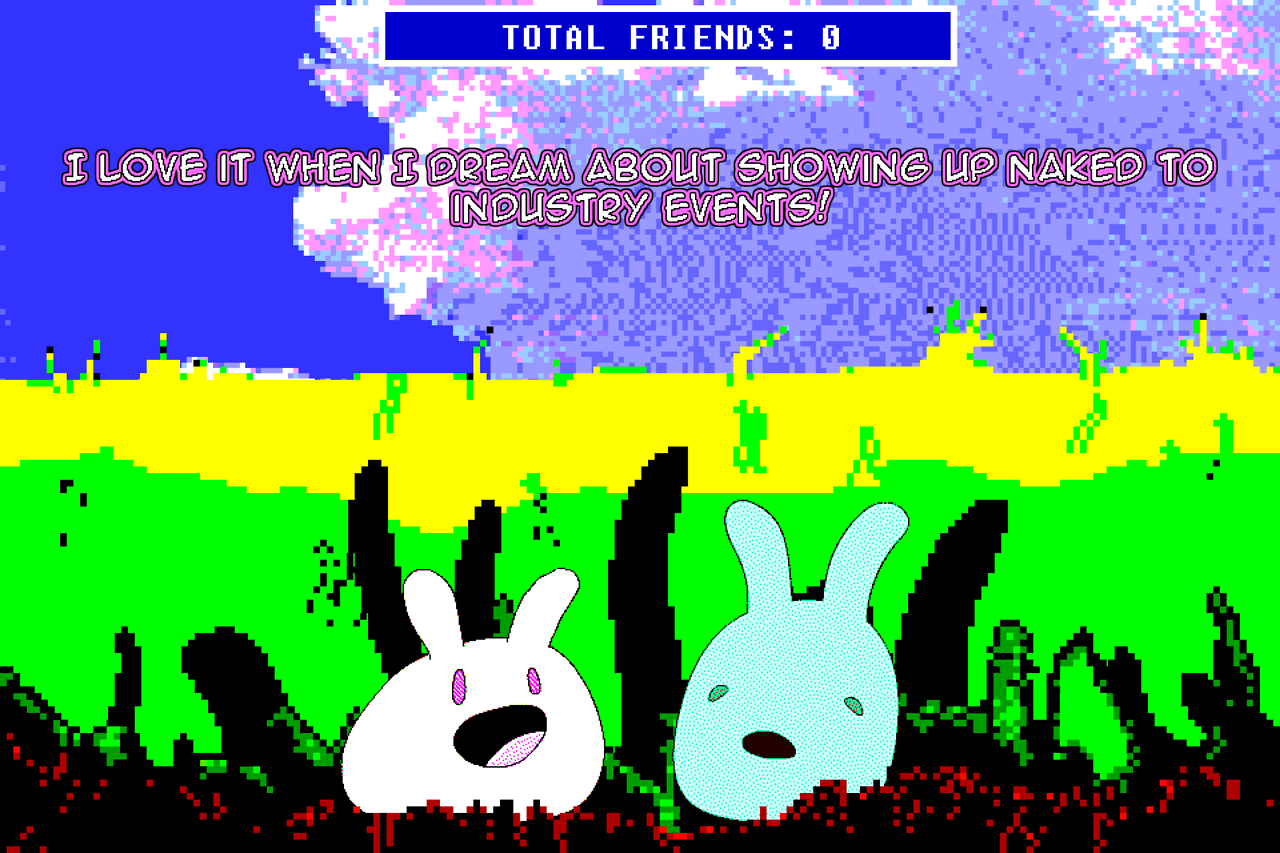 So like, I’ve written about my depression before but Everything is Going to be Ok was tighter, more poignant than other games that try this stuff. Acid is good for finding heartbeats in oak trees. Artists are not as whimsical as you might think. Not a word or frame here is superfluous.