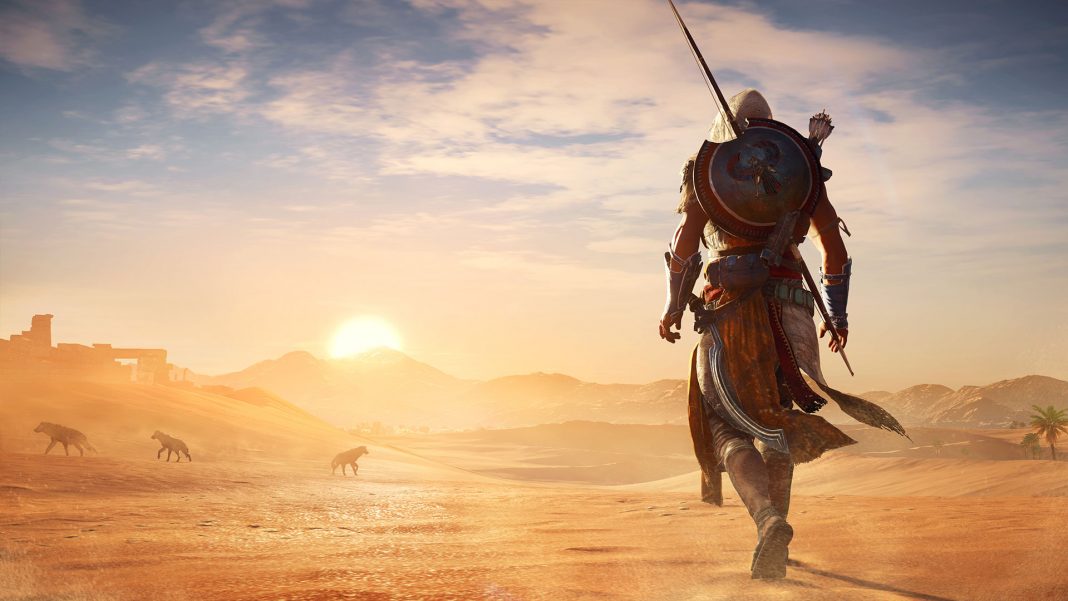 If you’re a strokey-beardy-booky wanker like myself, you may be familiar with the concept of the Apollonian and the Dionysian. Popularized by Proto-Sadboy Friedrich Nietzsche, it imagines the backbone of creative endeavors as a balancing act between order and chaos. Rationality and playfulness, clay and blood, foundational blueprints and architectural flourishes. Arguably, it’s not a bad way to look at games, either. As layers of code merge with visuals, philosophy and dramatic narrative, the binary becomes the multifaceted. Science becomes art. 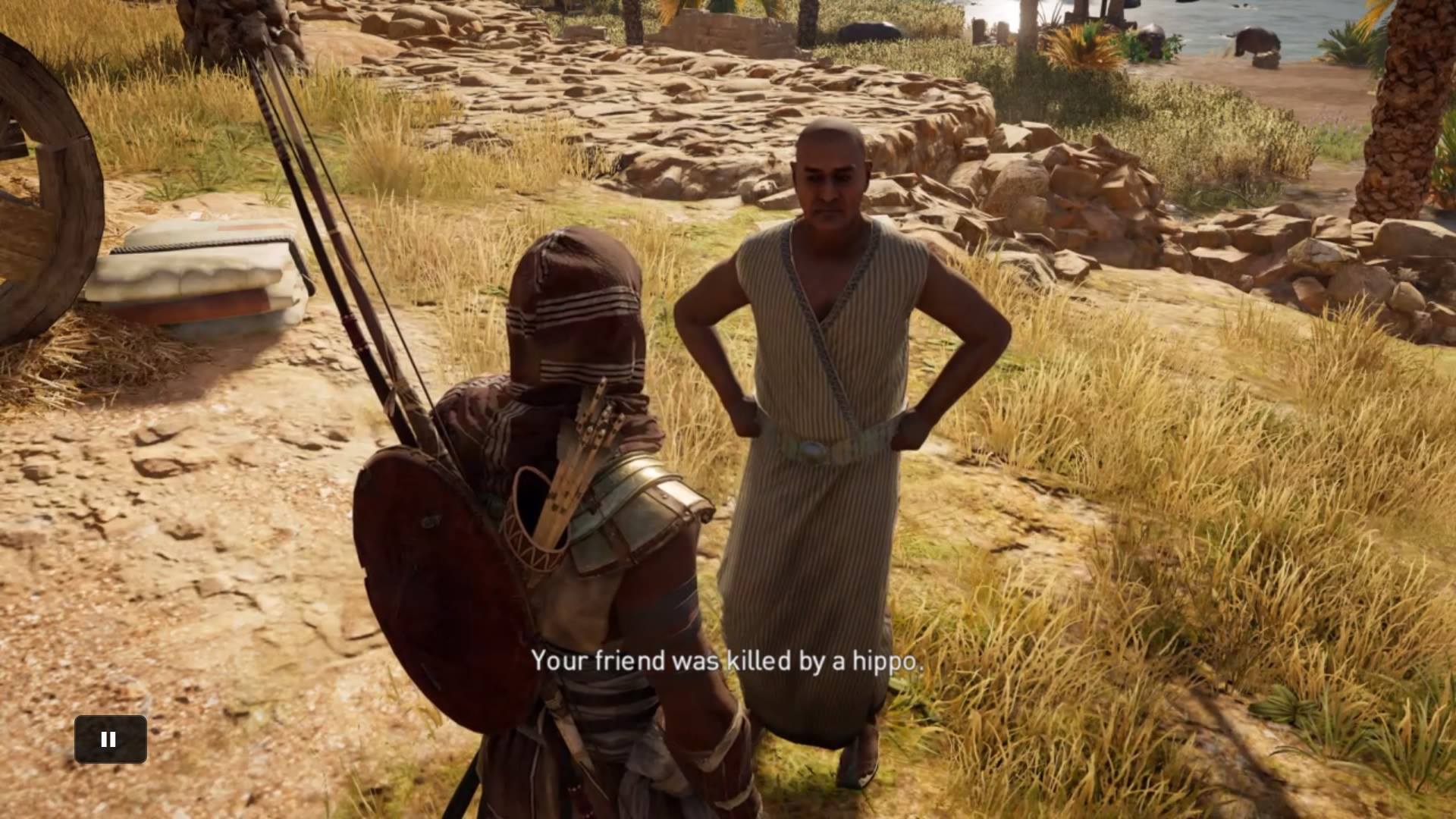 Writing about them, then, it’s often difficult to decide how much personal experience should be drawn upon in the act of critique. Individual anecdotes can shine a light on different ways to experience something, illuminating unexplored territory. Conversely, the focus on subjective interpretation can alienate those who relate to the art differently. It’s never easy to know exactly how personal to get, so I hope you’ll believe me when I say that I didn’t make the decision to share the following traumatic episode with you lightly. It has, however, been gnawing away at me for years now, and I felt the time was right to get it off of my chest. Here goes nothing.

My little brother spoiled the ending to Shadow of the Colossus for me.

Looking back, it should really be an idyllic gaming memory; Playstation 2 hooked up to a huge blocky television in a converted attic space. Beanbags. Beers. Good friends. Instead, what should be a tasty slice of pleasant nostalgia will be forever corrupted by the bitter pineapple of betrayal.

Now, now. I appreciate your concern, but please, enough tears have already been shed over this pernicious act of treachery. Also, it gets worse. 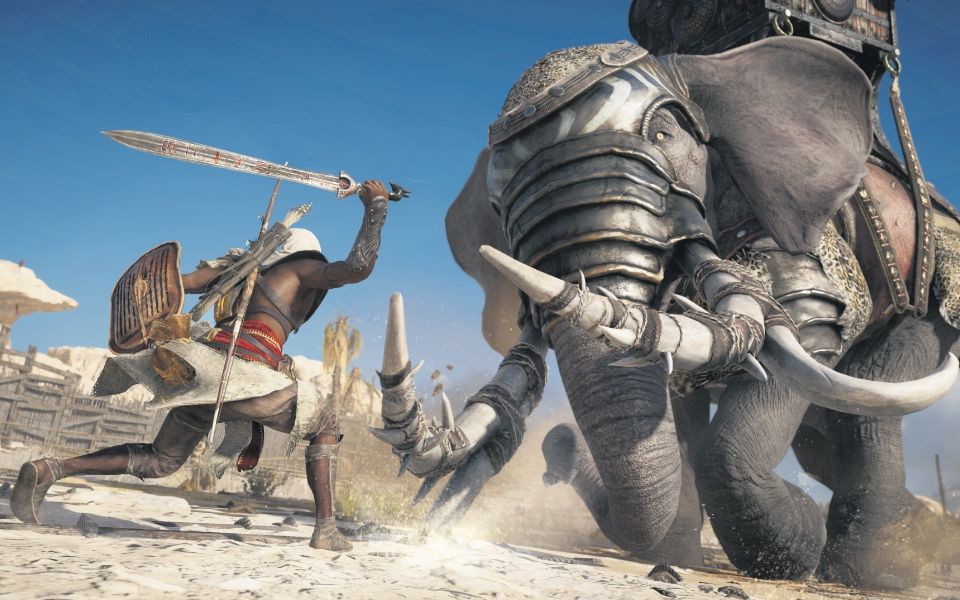 Here’s the thing; I’ve had endings spoilt for me before. It’s annoying, but it’s usually no big deal. It’s not the actual spoiler that got to me so much. It’s what he said afterward.

“You shouldn’t just play games for the story, anyway.”

Yep. He actually suggested that my annoyance at the ending spoiler was my own fault for caring about the story in the first place.

Anyway, he’s dead now. Murdered by my own hands. Say what you will about Mad Catz controllers, but they are thicker than a man’s skull.

I found myself thinking about those words again, recently, while playing Assassin’s Creed: Origins. I thought about them because Origins might be the first game I’ve played with combat so bad it made me quit on a story and world I was completely enthralled by.

Origins is so utterly, breathtakingly gorgeous that every time I discovered a new part of the map, I’d lounge back in my saddle and just gaze. There’s the type of environmental storytelling you might find in a Dead Space or a Bioshock, where personal trinkets in a long-abandoned crew station divulge micro-narratives about the lives of its inhabitants. Then, there’s the type of environmental storytelling in Origins, where entire cities, villages, desserts, monuments and agricultural societies encapsulate social hierarchies and cultures. On top of this, it’s all beautiful enough that the included photo mode – one that leaves map markers where other players have taken snapshots – never once feels like a vanity feature, more of an absolute necessity.

And the game refused to let me enjoy it. Any attempts to canter off on some mercurially-spurred exploit through these wonderful vistas were hamstrung on the jagged edges of level-gated areas. I used to dig RPG mechanics in action games. Now, these upgrades are to adventure what Hallmark cards are to romance. Attempts to imprison the deeply personal in the blandly universal. Emergent, player-led discovery and mastery counts for nothing against the grind. It’s all about the points, the experience is secondary.

Statistical progress has always acted, in some form, as representation of a character’s narrative arc. Facing down a hundred hit point dragon with a ten damage sword is mechanically identical to fighting a ten hit point lizard man with a one damage sword. The difference lies in a Kuleshov effect-esque grandiosity of setting. This is why, for example, Oblivion‘s level scaling enemies felt so strange and unsatisfying. Bandits in Daedric armour were not only a narratively bizzare encounter, but they also weakened the player’s sense of statistical progress. The ability to measure a character’s development in a form that is applicable to their interaction with the game is not only necessary to power the hedonic treadmill of novelty, but also directly mirrors the narrative growth of the typical hero’s journey. If I was a tosser, I might call it ludonarrative harmony. But I’m not, so I won’t. (It is basically ludonarrative harmony tho)

Origins RPG systems stand in direct opposition to both narrative freedom, and freedom of environmental discovery. This comes to a complete head with the requirement to upgrade the hidden blades.

Perhaps the most instantly recognisable aspect of Assassin’s Creed since its inception, the hidden blades are more than a weapon: they are the entire reason for the careful navigation of the series’ expansive, multi-layered environments. During story-relevant assassination missions, all tension relies on their lethality. The opportunity to use the hidden blades successfully is the reward for taking the architecture seriously, for treating it as an opponent to be overcome and an ally to be utilised for maximum effect. Weaken the blades, and you weaken the entire structure of play. Not only this, but you weaken the entire identity the player has come to adopt. What’s an assassin with no ability to assassinate? 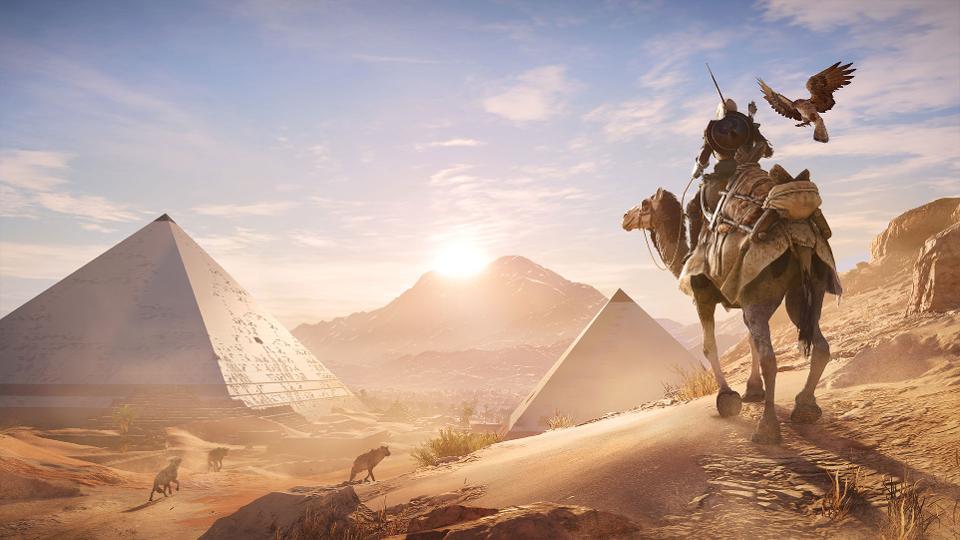 All this is to say that, as hard as it is to admit, my brother was right; there does come a point where game mechanics are so antithetical to the intended effects of the world building and narrative that there’s no longer any point engaging. I loved spending time with Bayek. Loved his easy charisma. Loved the slightly-too-on-the-nose way the story would focus on his relationship with the children he meets to remind us of the tragedy involving his own son. But I can find out how this story ends on YouTube. For now, there’s nothing in Origins to compel me to play it again.