After AVALANCHE’s destruction of the Sector 01 Mako reactor in Final Fantasy VII, Cloud analogizes the lives of the slum’s population to the controlled and limited mobility of a train on rails; unfortunately, this focus on class struggle is short lived. Conversations about class solidarity are often pushed to the side by the greater cause of saving the planet.

Barret, the group’s leader, also recognizes that the suffering of those in the slums underneath the city of Midgar. Regardless, saving the planet is the stated priority and violence is the only proposed course of action. This often frames AVALANCHE as a problematic entity: pro-violence and indifferent to other forms of suffering and resistance.

Still, Final Fantasy VII suggests that AVALANCHE’s use of violence is not the result of an ignorance of class dynamics. Instead, their methods are a response to a dystopic reality in which the Shinra Corporation’s dominance is so complete that conversation about class struggle might not take root until the power of the state is weakened. 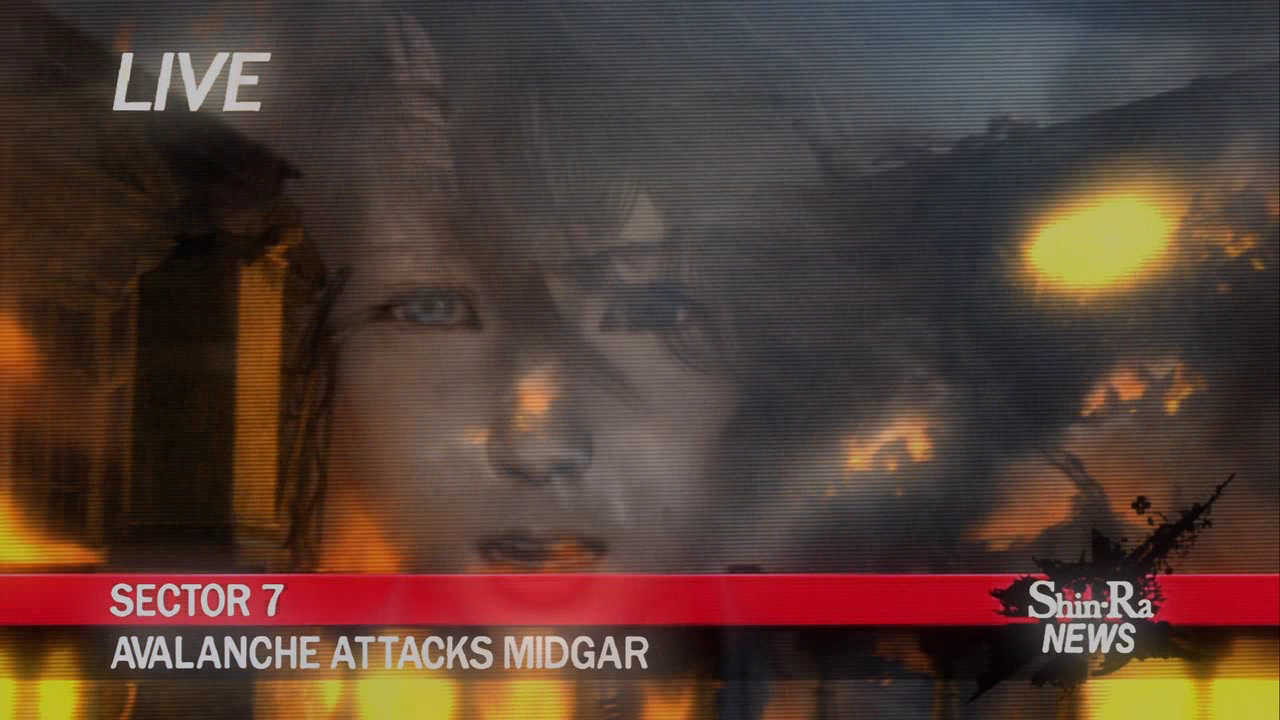 AVALANCHE and Shinra Are Not Morally Equivalent

Early on, Final Fantasy VII seems to recognize the difference between punching up and punching down; mass murder carried out by means of a repressive state apparatus in the destruction of Sector 7 is not equal to AVALANCHE’s attempt to end Shinra’s oppressive rule through the destruction of state infrastructure. The effects of Shinra’s dominance also create greater, more complicated forms of suffering for the citizens of the slums.

Various NPCs aren’t noticeably aware of their material conditions and instead appear to normalize it; a man gazes in awe at the “strange and wonderful” Sector 7 support pillar holding the privileged class in a world of its own; weapon stores sell protection in the absence of regulated security; medicine is privatized; a child in the Sector 7 tells Cloud of his “dream […] to grow up and become a big time dealer on Wall Market,” a central location in the game’s setting for the commodification of violence and sex. The citizens are locked in a prism where the architecture of systemic oppression has the ability to cloak itself.

Ending the Exploitation of the Planet

It isn’t entirely clear to what degree Shinra exploits the labor of the lower class. Citizens of the slums lack agency over their surroundings and are denied greater prosperity; who builds and maintains the infrastructure of the city of Midgar, however, isn’t certain. This positions the natural resources of the planet as the primary actor in the economic base –hence AVALANCHE’s focus.

In the greater context of Final Fantasy VII, however, describing the planet and its energy, Mako, with the term “resource” is a bit of a misnomer. Virtually no main character in the game uses possessive language when speaking of the planet; no one is interested in re-appropriating the land. There is a spiritual respect for the energy of the planet; AVALANCHE’s mission is to liberate nature, not own it.

This is essential in situating AVALANCHE as a group guided by a green anarchist philosophy focused on dismantling oppressive power structures; AVALANCHE does so in absence of other revolutionary opportunities, not in ignorance of it.