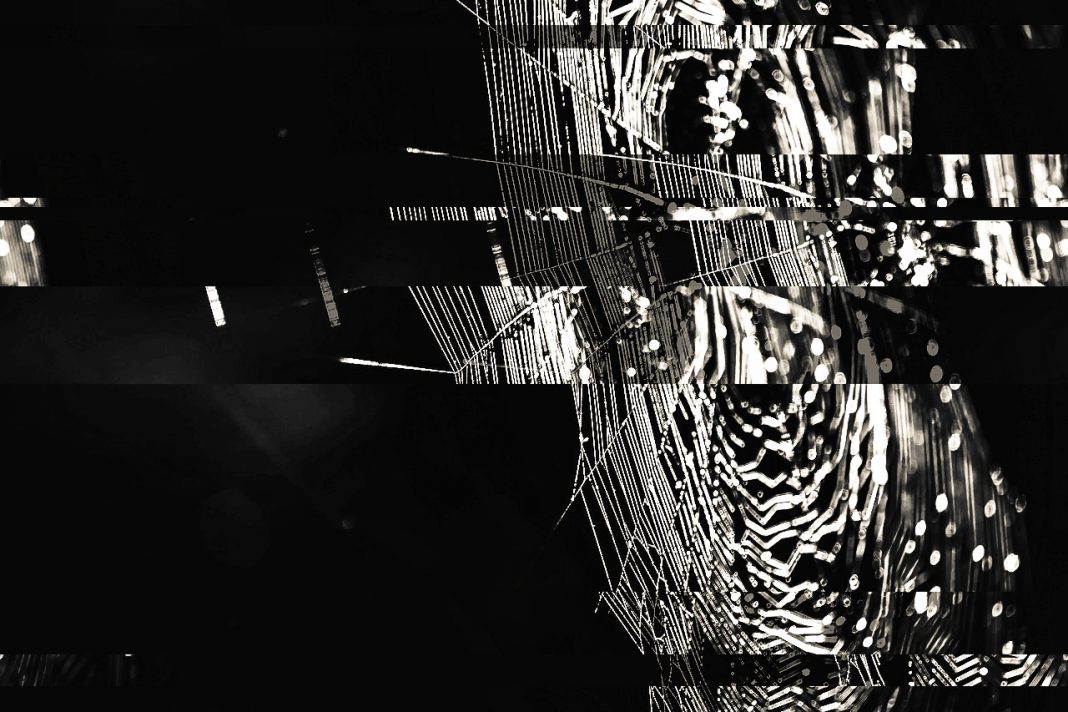 In the last part of the Sims 4 Challenge, our witch Rowan’s husband died from laughter, and she became soulmates with the Grim Reaper. Then she went on a date with her late husband’s ghost. While there is no abject religion in the Sims, the presence of ghosts seems to point to the existence of some form of afterlife. After all, where do the ghosts go when they’re not possessing blenders? There is a fine line between magic and religion, the former suggesting otherworldly power is something that can be wielded by individuals while the latter is a supernatural force controlled by higher power(s).

Witchcraft implies a sense of agency when powers come intrinsically from the witch. Consider the age of witch hunts. When women were accused and persecuted for being witches, were they really killed because they possessed otherworldly power that was harming those around them, or was a patriarchal-oriented belief system unhappy with the notion of women developing a sense of independence that didn’t require the acceptance of a lone male God whose desires could only be delivered and interpreted by men? 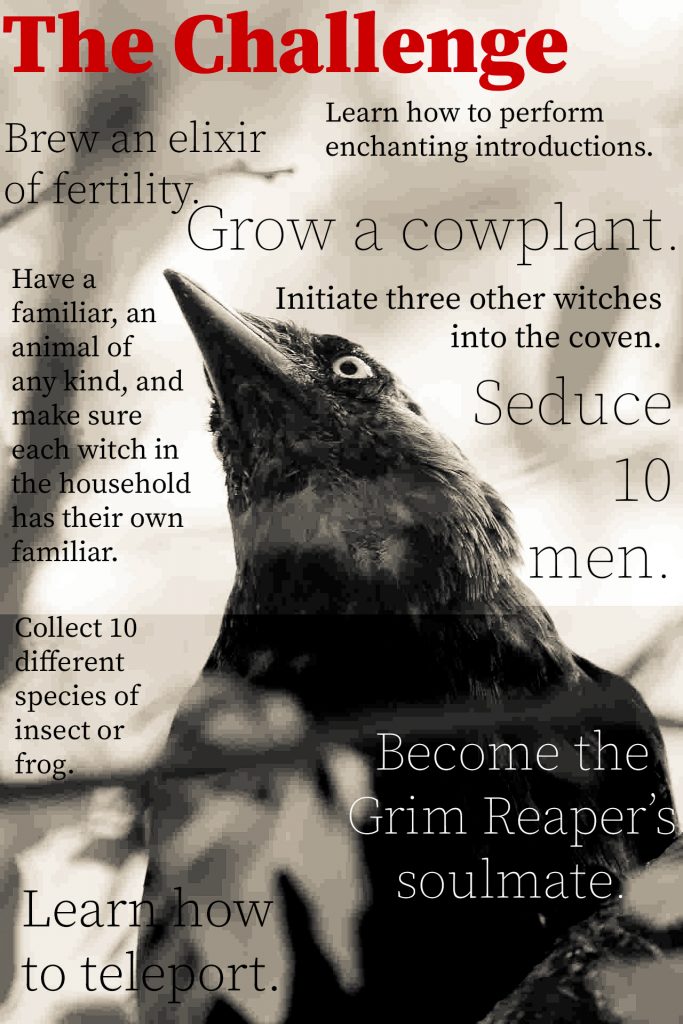 After Club Calico, Rowan went to her town’s local bar, Rattlesnake Juice. She ordered a drink, mulled over it quietly, then moved to the sitting area where a group of Sims meandered, drinking and watching TV. Rowan sat next to a man named Kade Sotelo. She introduced herself. They drank together. She asked for his advice. And they talked until the early hours of the next morning.

Some could say Rowan and Kade’s immediate connection was a product of interpersonal chemistry, but others might believe that this relationship was wrought by Rowan’s magic. According to anthropologist Bronislaw Malinowski, magic is not necessarily a force but an explanation. It’s something that fills the gaps between human understanding and unexplainable circumstances. Malinowski claims that magic functions as logic until a more sound comprehension can be achieved. So are Rowan’s actions actual witchcraft, or are they only a stop-gap of perception?

When Rowan finally returned home from the bar, she felt incredibly grungy and took a bath with a lavender foam soak. She found herself alone again, the sensations of the bath bubbling with the stream of thoughts coursing through her mind. Rowan soaked for some time, then dressed and went to bed. She wasn’t used to falling asleep by herself. The depression sunk in, and she did not rest easily. She had many conflicting feelings. On one hand, the death of her husband was still fresh in her mind, but on the other, a part of her couldn’t help but feel excited for the promises of romance that would come with tomorrow’s holiday, Love Day. Even though Aarav meant very much to her, their relationship hadn’t been exclusive by any means.

On Love Day, the Grim Reaper asked Rowan out on a date. He chose a bar called The Shrieking Llama but left Rowan alone there almost immediately. Rowan didn’t really understand why, but being the Grim Reaper seemed like a demanding position, so she guessed it made unfortunate sense. Rowan stayed at the bar long enough for one drink and watched the romance channel with some other Sims. Then she had a sudden urge to get away from it all. Maybe it would be best to take a break from romance for awhile, at least until her heart had finished healing.

So Rowan took off on a camping vacation. She would spend time communing with nature, collecting specimens for her collection, and harnessing her powers as she was not yet at a level where she could cast spells. For indigenous peoples like the Maori, magic is a keystone component of their cultural heritage. It is for various tribes. The act of casting spells and passing on the knowledge of spells, however, varies from group to group. Some consider spells a formula while others think of them as sayings, some passing them in secret from generation to generation while others share them freely and make personal alterations of their own. Since Rowan set out to become Coven Master without any prior knowledge of spells, it seems that her form of witchcraft does not require a formative, cross-generational knowledge. Perhaps such knowledge can be acquired if only one looks for it. 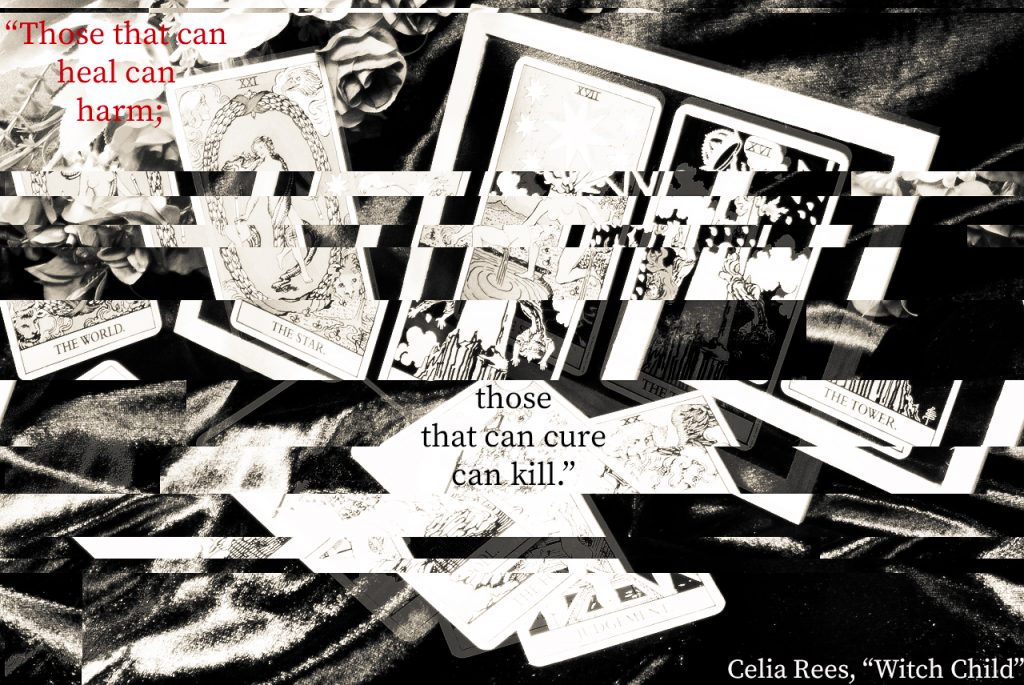 In the forest, Rowan came across a Bramble Patch that appeared to lead to a mysterious area deep in the woods. The surrounding thicket was dense and covered in thorns. Rowan sensed danger, but there was also a whisper of something new, something that would make this adventure worthwhile. So she stepped forward into the darkness. Rowan hacked through the brush for what seemed like ages until she came across a large spider’s web, and the only thing missing was the spider. The web was so large that Rowan wondered if a fantastical creature had made it, wondered perhaps if such a creature could form the familiar’s bond with her.

But there was no such living thing in sight, so Rowan took an alternate route. This was a mistake. The route was coated in fire leaves, and she had to return from the Bramble Patch with an unrelenting itch. Rowan wouldn’t be exploring this area again anytime soon. She laid on the forest floor for a while before moving on to walking along a path and collecting the stink bugs and mosquitoes she came across. These would be the first specimens of her collection.

In spite of the fire leaves rash, Rowan was very happy. She’d had a successful Love Day, she felt fulfilled from collecting specimens, and she was getting some much needed fresh air. Rowan’s deep sadness had dissipated, replaced by contentment. She stayed in the forest longer, eventually going on to harvest huckleberries and muckleberries from some bushes. It was a warm spring day. A light rain fell on Rowan as she looked up into the cloudy sky.

Further coverage on Rowan’s journey to becoming a Coven Master, along with more history on witches, can be found in part three of this challenge. 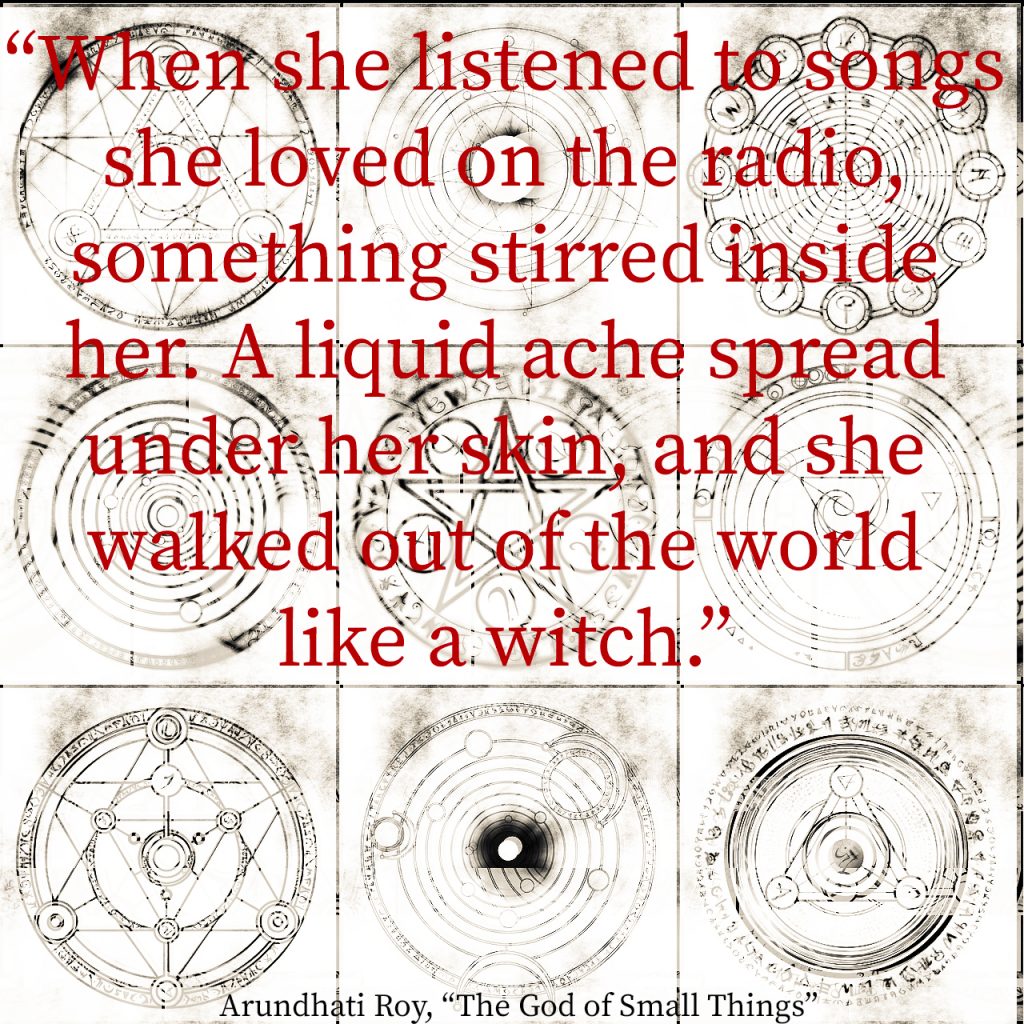