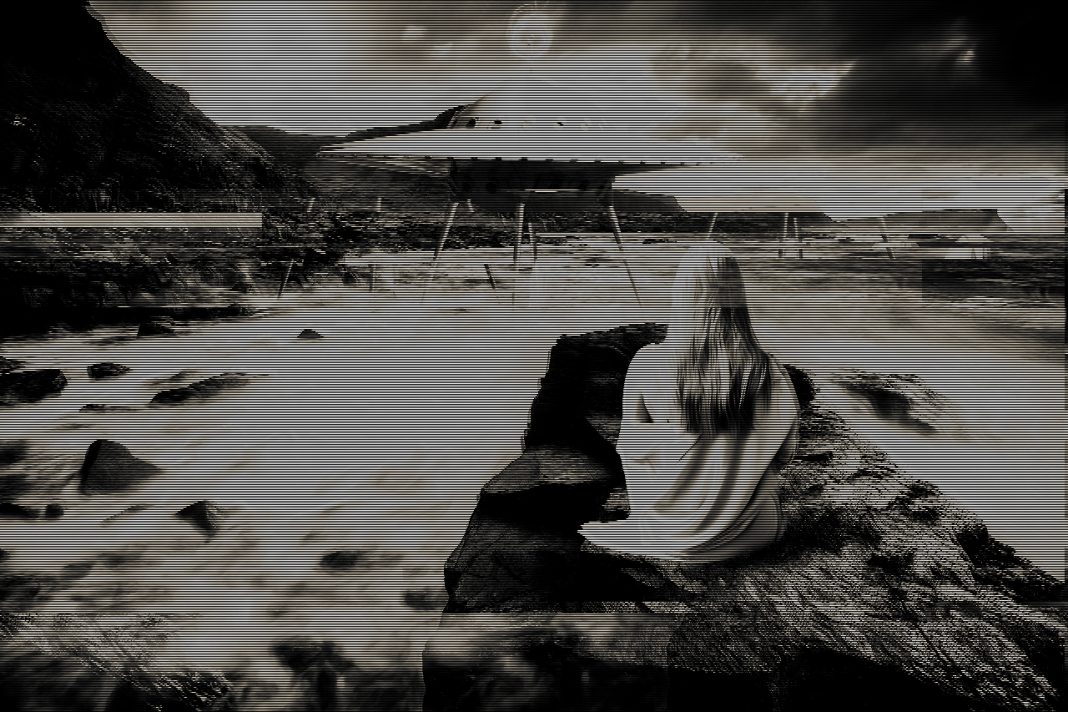 In Part 2 of The Sims 4 Witch Challenge, Rowan met a new potential love interest named Kade Sotelo at Rattlesnake Juice. She went out with the Grim Reaper on Love Day. Then she left the city to explore nature. Rowan’s practice of witchcraft is dependent on collecting natural objects. However, not all magical practices require a medium through which spells must be cast. In many instances, the most important factor is the distinction between how spells are said and their individual formulas. But these are not determined solely by a given magical practice. Rather, the said practice’s relationship with society determines them. It is a place’s cultural foundations that affect magic’s purpose. Cultural foundations affect views of practitioners in the social class system.

The Sims 4 attempts to model aspects of the real world. But its social system doesn’t account for differing treatment each group receives. Race, sexual orientation, and belief system have no effect on Sim relationships. Each character really does have an equal opportunity at life. While jobs pay differently, and random events occur, these are external factors that are not affected by who a Sim is or what they look like. Careers and lifetime goals are secondary matters.

And yet, there are many recognizable components of Sim culture as well. A few aspects include llamas, gnomes, aliens, etc. In designing the makeup of this Witch Challenge, the portions of the Sim universe that affected it most were the possible skills and their requisite abilities. Perceptions of magic are derived from the pillars of a culture. The ones that contributed to this challenge were a combination of The Sims 4’s skill abilities, available aspects of the culture (i.e. possibility for interaction with the Grim reaper, collecting insects and frogs), and modern and historical perspectives of witchcraft in the western world. All these variables came together to create the myth which informed Rowan’s journey to becoming Coven Master. 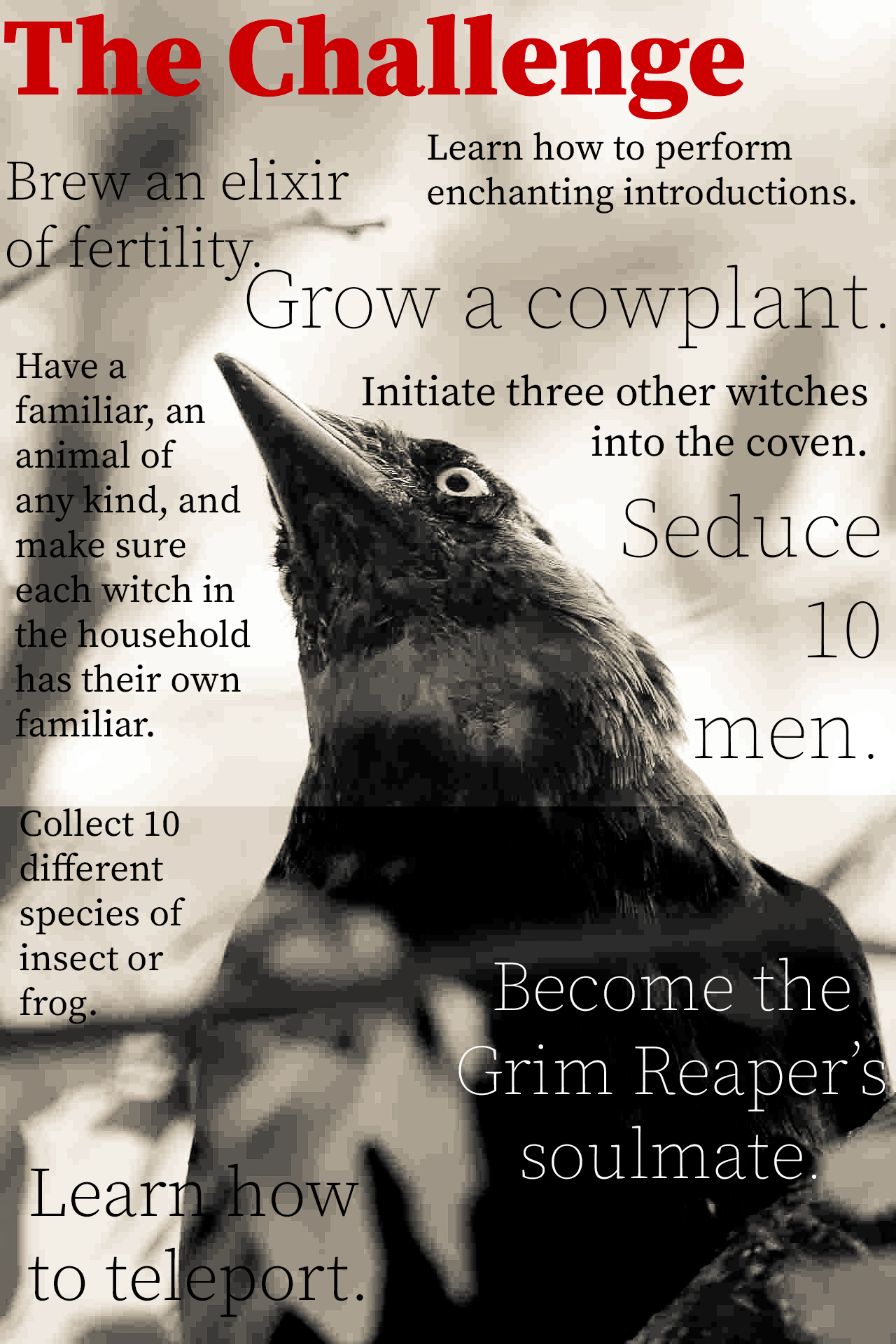 Rain was heavy in the forest. Rowan explored the area, searching for specimens she would add to her collection. She stopped by a body of water to take a break. A man who had been fishing struck up a conversation with her. His name was Dale Craig. He was a mixologist at Brindleton Bay’s lounge Club Calico.

Eventually, Rowan left to continue foraging. She found a dirt pile. Within it was an aged paper that contained an unknown language. Rowan now had a treasure map. She had no idea how to interpret it. There were no surrounding indications of treasure in the nearby area. So, Rowan decided to just hold onto it for now. Maybe she’d get use out of it later. The existence of old treasure maps and archaeological digs suggests the Sims has a history to unearth. It is a history with a more anthropological-orientation than something such as the continuance of cross-series characters like Bella Goth. 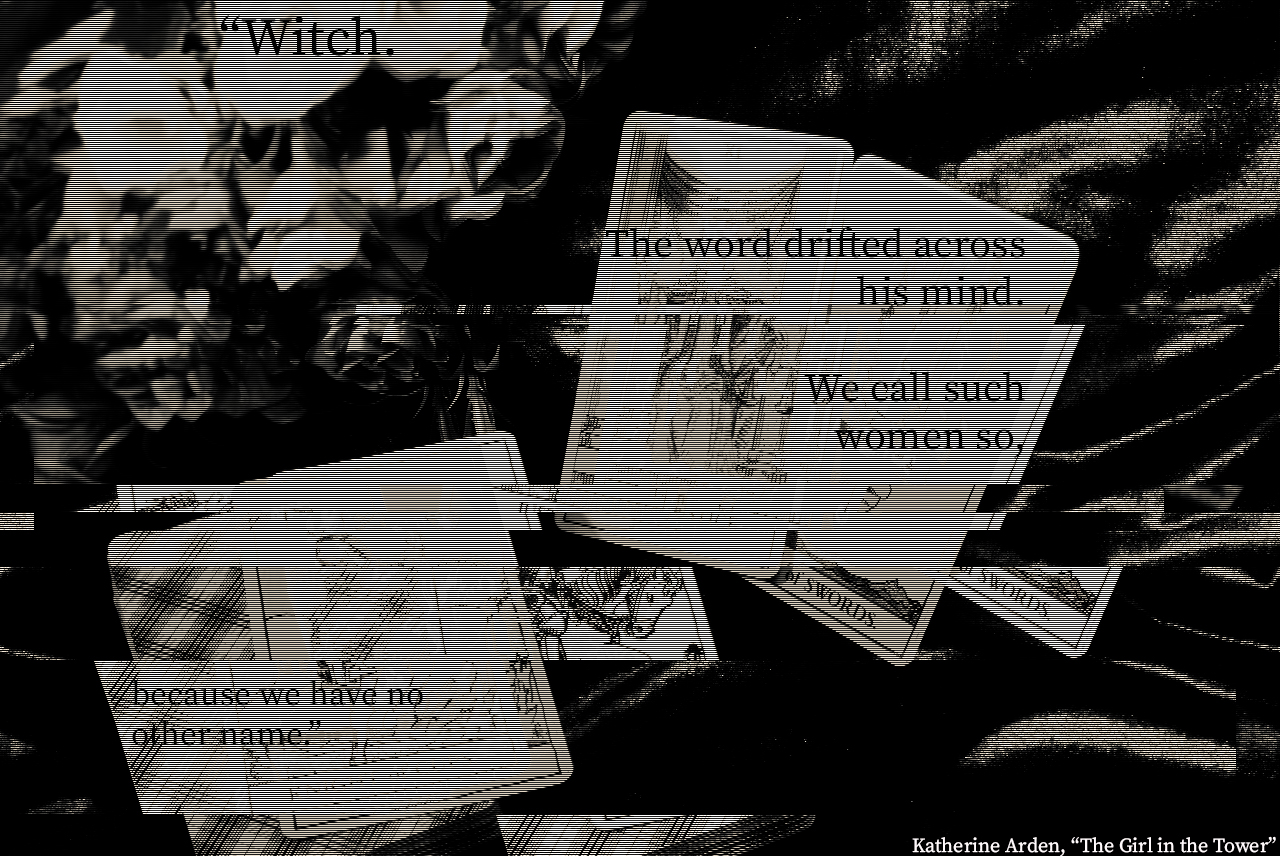 Magic already does occur within The Sims 4 in the form of the gnomes and potions, and it seems like it’s only a matter of time before developer Maxis comes out with an expansion pack that directly involves witches as they’ve done for prior games in the series. For now, the game encourages players to acknowledge and explore different lifestyles, societies, and customs within the Sim universe. This includes various activities from increasing Selvadorian Culture Skill to simply learning how to use chopsticks, not to mention the various represented culinary options from cultures outside the U.S.

The ever-expanding nature of the game allows ample room for cultural additions while maintaining a consistent creative voice in their delivery. In The Sims 3: Supernatural, players had the option to create beings like fairies, werewolves, vampires, zombies, and, of course, witches. The expected inclusivity of the Sims universe means anyone can choose whatever they want to be, as well as change their mind later. These options are the echoes of a larger culture that holds independence and free choice in high esteem. Men and women could both freely be witches in the game, a far cry from America’s own historical relationship with witchcraft.

America’s earlier conception of witches equated them with evil. This was due to a combination of the period’s isolation, religious extremism, prevalent misogyny, and a need for vengeance, a recipe which eventually gave us the Salem witch trials. But the cultural script on witchcraft has been rewritten. In the present western world, people of all genders can be witches, the title not solely exclusive to women. This concept is juxtaposed with other cultures practicing magic which declare that only one gender can manifest it. Part of Wicca’s popularity among women is due to its inclusive environment, a belief system that honors the different sexes as equals. 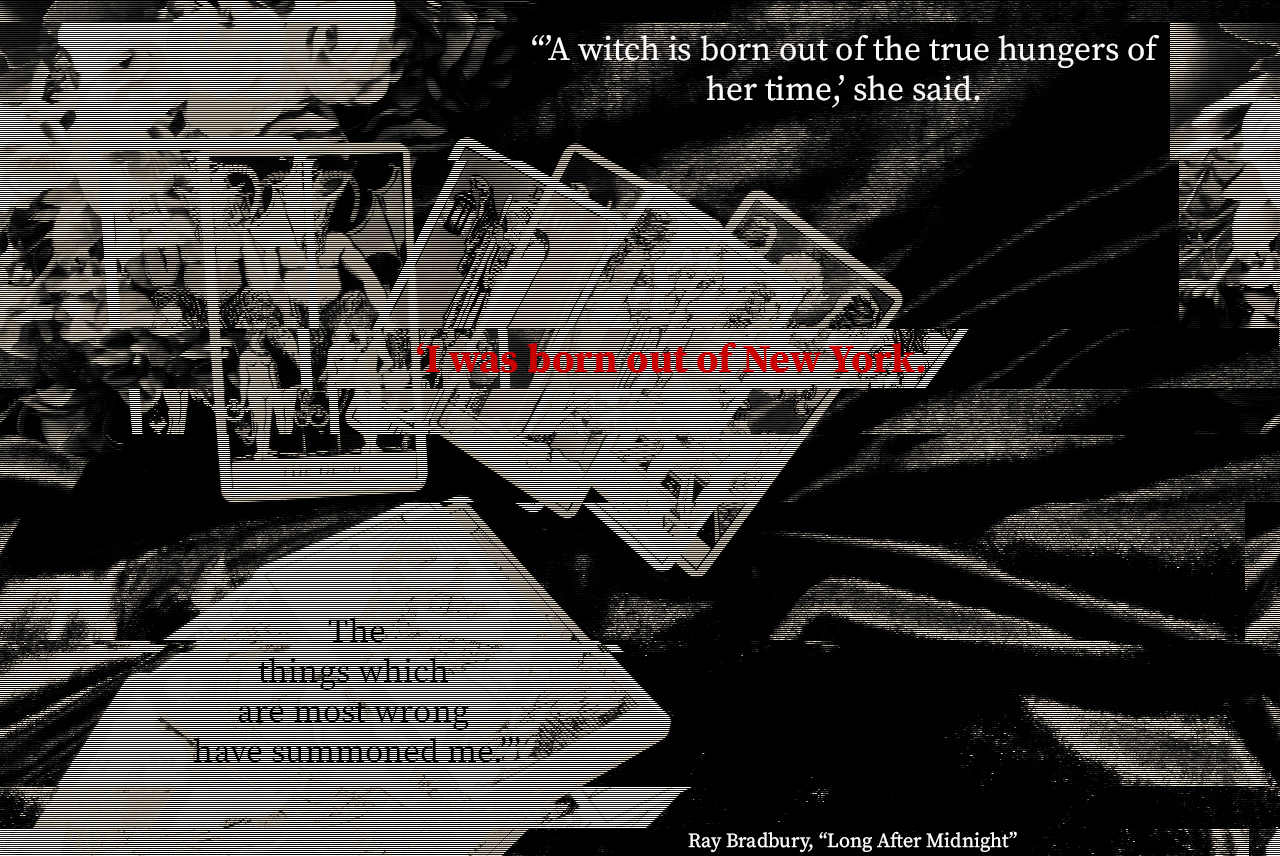 Rowan collected a Dragon Dragonfly that was bigger than her head, as well as some stink bugs, and in doing so completed the first tier of her Nature aspiration. She returned to her cabin and invited the Grim Reaper to join her on the vacation, but he never responded. So, without other options, she invited Dale Craig instead. They kissed for the first time. A pink haze of lust surrounded him. Rowan asked him to be her boyfriend, to which Dale said yes. They had sex in the cabin while it rained outside, and it was at this point that Rowan discovered Dale was an alien.

In the end, magic is a direct extension of cultural values, its publicity and performance are reflections of community attitudes. Standards for the genuine practice of witchcraft are set by the community, as is its social mobility. What is considered important magic is defined by the needs of a society, but acceptance of its existence tends to rely on anecdotal evidence that favors causation over coincidence. The general modern practice of magic in the west stresses themes of community and inclusiveness rather than traditional values of exclusiveness and punishment. In Part 4, we’ll look at contemporary witches in the western culture, how they define witchcraft, and its social significance in the present-day.