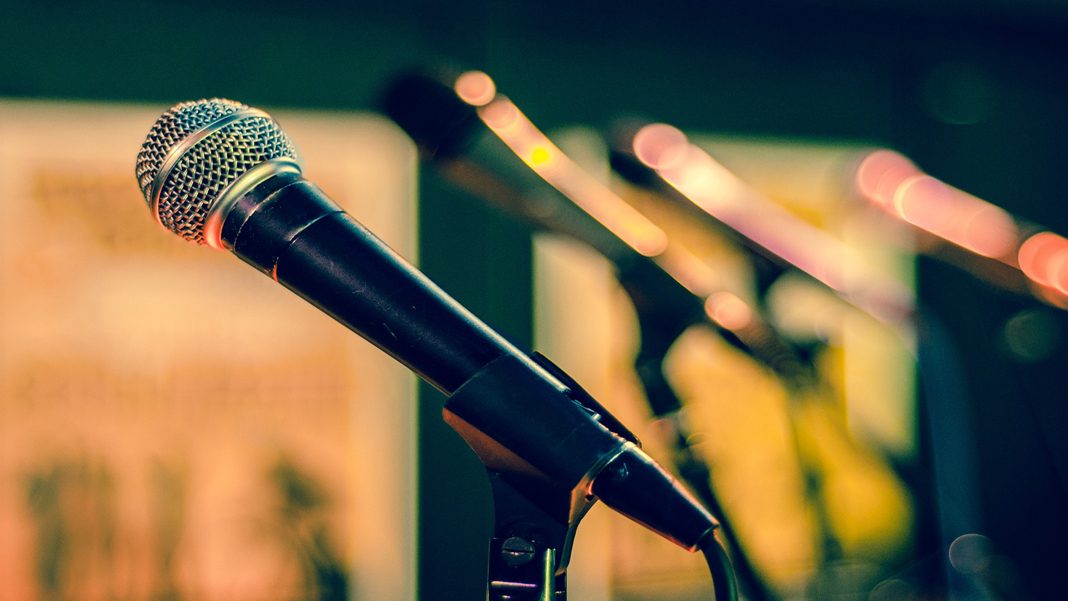 As more people working in video games try to form their own union, they’ve recently gotten another burst of online support. Apparently starting on April 2, voice actors united under the #Voices4Devs hashtag on Twitter to call attention to the developers they work with on games.

A wide variety of voice actors from AAA titles and indies have joined in:

We get a lot of credit for the work we do in games everyday, but today we call out the devs! We all deserve a voice in creating better working conditions/sustainable careers! We stand with the devs! R/T if you agree! @GameWorkers #Voices4Devs #UnionizeGames

Very proud to be part of a community of voice actors who support @GameWorkers unionizing! We've witnessed firsthand the effect that crunch culture and unfair working conditions can have on devs. Making games should be fun, and safe. #Voices4Devs #UnionizeGames

We use our voices 4 games everyday, but today we use them 4 YOU! We all deserve a voice in creating better working conditions/sustainable careers! Games wouldnt be games without our brilliant, beloved devs. Please show your support. R/T! @GameWorkers #Voices4Devs #UnionizeGames

We use our voices for games every day, but today we use them to unite with ALL game workers in their fight to create better working conditions + sustainable careers. Voice actors have your backs – RT/repost if you agree! @GameWorkers #Voices4Devs #UnionizeGames

Having been on both sides of the industry, I’ve known many wonderful, talented people who pour their hearts and souls into the games we love. Let’s show our support for them as they fight to form their union and protect their future! @GameWorkers #Voices4Devs #UnionizeGames

Game Workers Unite, a key organization dedicated to the unionization movement, and others in the game development community have responded positively to the show of online support from voice actors:

We are extremely grateful and excited to be receiving support from our voice actor colleagues, @sagaftra bravery and successes are a huge source of inspiration to the GWU movement. Together we will make these industries a better place!🗣️🎮✊🏻✊🏿✊🏽 #Voices4Devs https://t.co/k3W4QrLYDU

After that article about Anthem, my scars from my time working in games were feeling raw. Then I see #Voices4Devs trending, with voice actors throwing their support behind unionization efforts in the game industry and I'm a little teary right now. #UnionizeGames Thanks so much.

Seeing #UnionizeGames and #Voices4Devs trending, despite the painful and infuriating causes of it, is reassuring to see. I'm glad we're seriously having this conversation instead of simply accepting the status quo and all the misery it creates.

SAG-AFTRA, whom Game Workers Unite appropriately mentioned as an influence, is the acting community’s union.

SAG-AFTRA is also a member of AFL-CIO, the largest federation of unions in America, and who shared a public statement with Kotaku that expressed support for game developers and their efforts to unionize in February.

Seeing voice actors give online support for game unionization might remind people of another time they took an even more active stand in the game industry. According to NPR, voice actors under SAG-AFTRA—including the prolific Jennifer Hale, whose roles include Mass Effect‘s female Commander Shepard—refused to work with many AAA game companies, going on a strike that started in 2016 and ended in 2017.

SAG-AFTRA isn’t the only union representing workers in a creative field. There is the Graphic Artists Guild and the Directors Guild of America. IATSE represents people working in a variety of creative disciplines, such as:

There’s many more both within and outside of IATSE across the world.

The video game industry is another creative field just like them. From SAG-AFTRA to IATSE, they show that the unionization of creative industries is completely viable.

Shuler was the one who wrote the AFL-CIO’s public statement of support for game developers. In a follow-up interview with Polygon after Kotaku published her message, Shuler reflected on unionizing across multiple creative industries.

“It’s pretty incredible that games’ voice actors have union contracts through SAG-AFTRA, yet the folks building those games don’t enjoy the same protections,” Shuler said. “There’s a strong history of unionism in the entertainment industry, and it’s about time the fastest-growing part of that industry gains the rights and dignities that come with a union card.”

Check out the #Voices4Devs hashtag. So heartening to see this major show of solidarity from unionized game workers towards workers who don't have a union yet. https://t.co/0fSoKTnFKv

Steve Kaplan, an international representative of IATSE, told Polygon that the similarities the video game industry shares with other creative fields runs even deeper.

“We’ve had to tackle exactly the same workplace issues that I see the games industry having,” Kaplan said. “There’s a ton of crunch. There’s a lot of work time spent on days past 15 or 16 hours. This is something we continue to struggle with in the development of motion picture and episodic television. It’s all the same thing.”

Katie Watson, the national voiceover director for SAG-AFTRA in America, also spoke with Polygon, expanding even more on this common ground.

“Whether it’s movies, TV or games—these are all industries based on creativity and passion,” Watson said. “And as much as that is a fulfilling personal experience for everyone involved, those kind of industries are often also subject to worker exploitation.”

There are unions outside creative industries too, such as the American Postal Workers Union. According to one post on Twitter, industries traditionally considered “non-creative” have provided more benefits to former game developers:

Every year the games industry loses so much incredible talent as developers migrate to more stable careers in software, IT and elsewhere to make ends meet. If those industries can offer financial security to their employees, so can games. @GameWorkers #Voices4Devs #UnionizeGames

The movement for game unionization made significant progress last year when Game Workers Unite UK was recognized as a union after it became a branch of the Independent Workers Union of Great Britain. And now this recent show of support from voice actors may add even more momentum to unionization efforts in the game industry.