Some games just want to watch the world burn. Or at least blow the minds of ultra conservative parents trying to protect their precious little snowflakes from simulated violence. Look, I understand sometimes a developer just wants to sell some games and doesn’t mind appealing to the lowest common denominator to do it. Not every game is going to be a sly commentary on political correctness. All I’m trying to say is, don’t rely purely on shock value to sell your next subversive title.

Since the 1980’s, video game advocates have been arguing for the protection of games as a medium of free speech. Frankly, I consider myself in that camp, but just because a game can push against the boundaries of common decency doesn’t mean it should. Especially if the developer is just hoping to ride the wave of pearl clutching controversy to the bank. 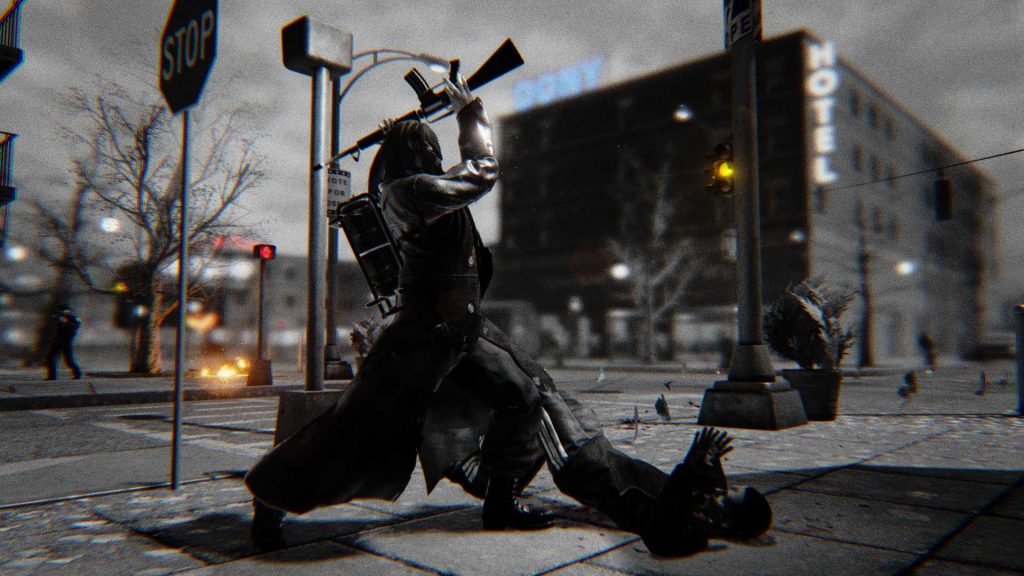 Using a shocking premise as a means of gaining attention isn’t exactly revolutionary marketing, but it can certainly be effective. When Destructive Creations announced Hatred, their gleefully brutal mass murder simulator, they asked fans to share the new trailer far and wide. Despite a generally negative reception by games media, Hatred sold well and still maintains mostly positive reviews on Steam.

It’s understandable that an indie developer would see something like this and decides that shock and gore is the way to easy money. The trouble with this thinking is that Hatred has a very specific appeal for a very specific audience. It aims to be a relentlessly brutal experience and for the most part, it delivers. Not every game can pull off mindless violence in a way that will hold gamers interest.

Case in point, Evilized Productions is currently running a Kickstarter campaign for their new game The Youthdrainers. The entire premise of the game comes down to having the pregnant protagonist kill herself. I’m not giving away some clever twist ending by telling you this either. The marketing for The Youthdrainers makes it abundantly clear that this is what passes for a win condition.

There is some mention of “Evil Midget Humanoids” who plan to take the child and use it for nefarious experiments, but knowing from the get go that you win by dying, why even bother? It’s much easier to get all your righteous indignation at having to force a pregnant woman to commit suicide out of the way just by watching the trailer.

Even without a playable demo, it’s pretty easy to tell that The Youthdrainers isn’t breaking any new narrative ground with their tasteless infanticide imitation. The graphics are sloppy and the story is absurd, even for a low effort indie title. It’s a shame in a way, because putting a pregnant woman in danger should have been an easy way to elicit empathy from the player without having to do any heavy lifting for character development. This protagonist already ticks two of the boxes of the sympathetic character trifecta (woman and child, adding a cute animal would have put her over the top.)

Unfortunately, Evilized Productions decided to put all their eggs in the shock value basket and didn’t leave any behind hold up gameplay. Instead of giving the player a chance to rescue the damsel they rely solely on players wanting to contribute to the woman’s demise. Sure, there’s probably still a market, even for this, but it’ll be a spectacularly small and tasteless one.

The Youthdrainers would have been better served if its developers looked beyond the initial lure of controversy and actually took time to develop a full game.