Home Read Become A One Woman Army In SOS Atlas

What can I say, I’m a bit of a sucker for female Sci-Fi protagonists that can kick ass. Enter Third Gate Studios with their Kickstarter campaign for SOS Atlas. Seeking $10,000, the developers hope to bring their fantasy adventure game to PC next year.

SOS Atlas follows the story of a young woman named Kit and her fight against the robotic Gorkrun. Kit receives an SOS signal after the machines ambush her father’s supply armada. She must travel to various planets to rescue survivors. Admittedly, the story feels a bit tacked on, but it’s enough to get you into the gameplay: killing robots against gorgeous backdrops. 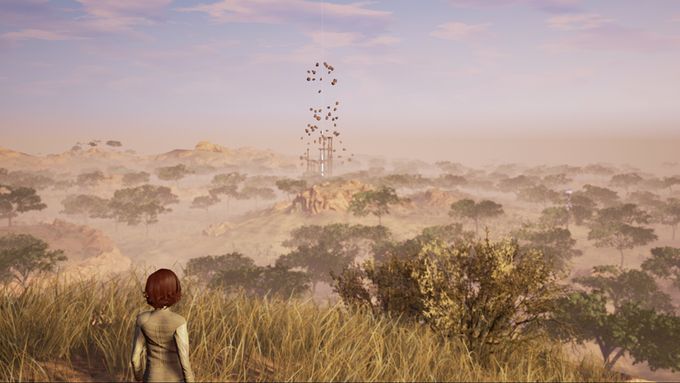 Graphically, the game appears to make good use of the Unreal Engine and allows players to procedurally generate new worlds. Using a ’tile’ system the player dictates everything from land mass and temperature to available foliage. Kit must decipher clues to locate where the Gorkrun are holding captive survivors, including her father.

Once Kit has eliminated the initial wave of Gorkrun she can summon an evacuation ship for the survivors. This has the unfortunate side effect of alerting additional waves of robots to her location. She must hold the hordes off until all the survivors have evacuated. Jump to next planet and repeat.

Rescuing survivors unlocks upgrades based on their professions. A rescued veteran can teach Kit to aim better, while a doctor can increase her fortitude. This mechanic combined with an upgradable base, gives SOS Atlas a much needed sense of progression as Kit makes her way around the universe.

In addition to the somewhat weak story, the developers also decided to include split-screen multiplayer. While I’m all for co-op experiences, I usually prefer to play on my own monitor. Hopefully, they will also include some localized co-op for those of us who don’t like to share our screens.

Overall, the game looks very nice, but I can’t shake the feeling that it’s missing something to really make it stand out. Check out the SOS Atlas Kickstarter for yourself and let me know what you think in the comments.