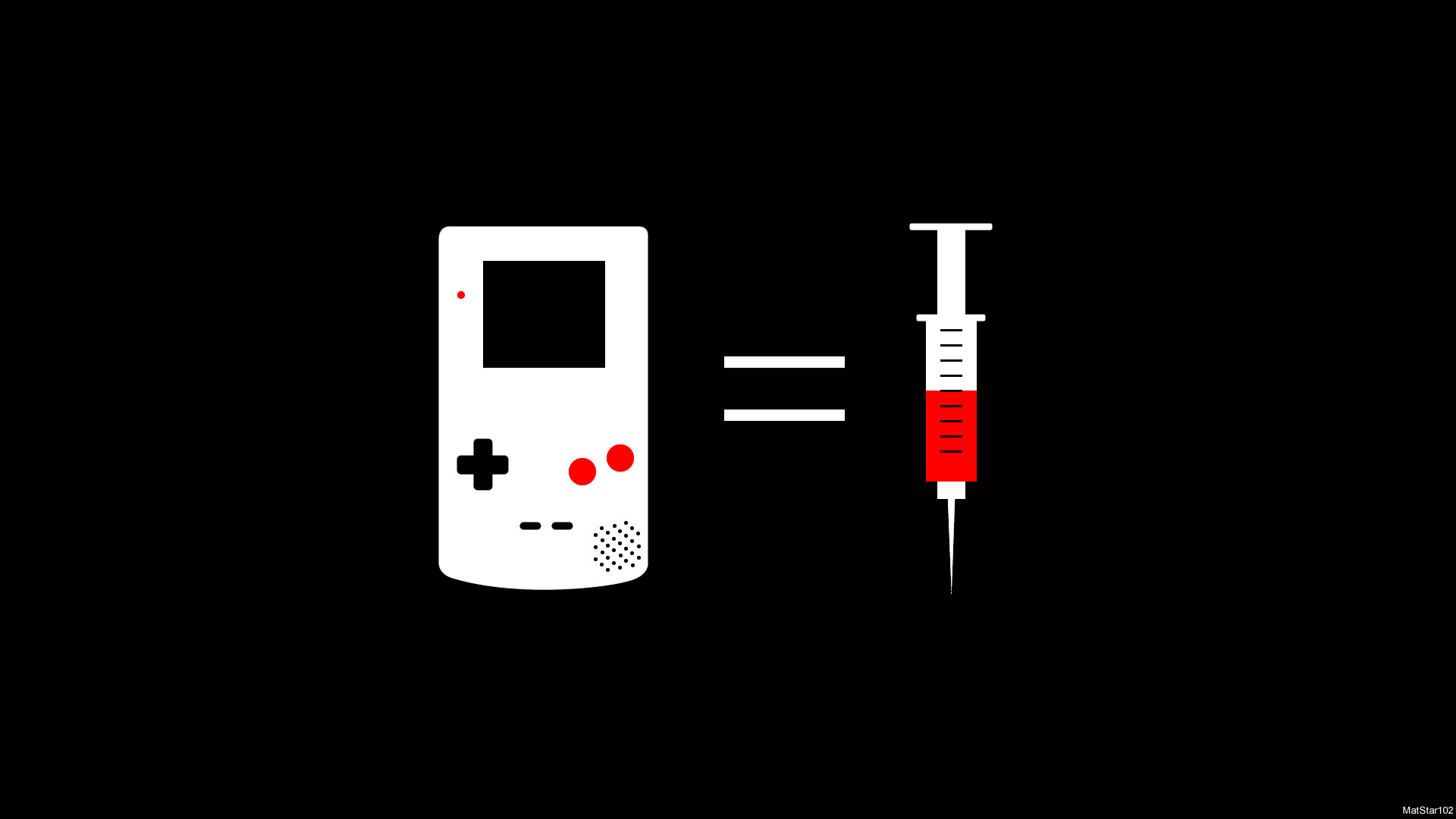 Hi. My name is Subject 16, and I’m a gaming addict. It’s been… about six hours since I last touched my PS4 controller, and I can already feel the urge to get back to the game. There are still trophies to get and… God I’m desperate! I need to get out of here… I need to find Ciri… She’s being held captive by the Borgias… no, that’s not right. I need to get Trip to the Fireflies so that she’ll take this damn thing off my head. Shit! That’s not right either. God, my hands are shaking… I need my controller… I need to avenge Laphicet… or am I avenging my father, King Regis? It’s all… it’s all blurring together…

Have you ever known an addict, be it an alcoholic, drug addict or sex addict? Addiction is a psychopathology characterised by an irresistible need to drink something/snort something/play something, which proves detrimental to an individual’s mental, psychological, and social well being. Obviously, Subject 16 up there is a more extreme example, but there has been a veritable cornucopia of research suggesting that gaming is as addictive as drugs or alcohol. Is this theory viable in today’s society? Very much so, though not to the extremes suggested by the media.

Hikikomori is a Japanese term for individuals who lock themselves away from society – completely eschewing social interaction. This concept is the lynchpin of game addiction research, which claims that total real-world isolation, coupled with a psychotic dissociation from reality, are signs of gaming addiction, as are carpal tunnel syndrome, poor hygiene, and migraines from looking at the screen too much.

I am on the fence regarding this hypothesis. I have often locked myself away over weekends, but I know I need to go back to work and re-join the living at some point. However, while I am in a game (note that I say ‘in’ and not ‘playing’) I lose myself completely and succumb to the anger, resentment, joy, and pain of the character into which I have been mentally absorbed. Does that make me an addict? Perhaps.

According to PsychGuides, there are two different types of gaming addictions: compleitionism and addiction to MMO games. The first is an obsessive need to finish every quest, side-quest, hidden location, and gain every trophy/achievement in the game – to the point where the player ceases to interact with other people or take a break from playing. The second is probably the most severe, and also the most common type: MMOs never end. World of Warcraft, Guild Wars, and Dota (to name but a few) are seriously addictive because there will always be a new quest, and what’s worse, you need to live up to the expectations of the people talking into your headset. Should a raid be botch by some noob, it could even cause an unnatural personal animosity towards that individual and abnormal feelings of rage, or even depression.

Obviously, there are warning signs, such as lack of sleep, forgetting to eat, irritability when not playing, and preoccupation with thoughts of playing when you are unable to do so. But that’s not what I’m interested in. What I want to talk about is where this addiction stems from, as well as the preconceived perceptions of how gaming addiction manifests itself.

So what exactly causes game addiction? First, I can speak from personal experience that extreme depression and social-anxiety are two of the most prominent causes. Depression leads to withdrawal and is directly related to social-anxiety. Withdrawal from social situations and fear of embarrassment or humiliation in public lead to one obvious outcome: locking oneself away from society. What one chooses to engage in during this social isolation differs per person, but people who obsessively play games, either as a completionist or an MMO addict, can be said to be a direct result of a fear or disdain of social interaction.

The most fascinating consequence of social isolation is an addiction to MMO games. As said before, MMOs never end, thus, the need for isolation is never overcome. However, MMOs almost always require online communication with other players, thus, social interaction is taking place. If an addict is afraid of people, then how can they communicate effectively with other players? Simple: the communication takes place behind a computer screen/TV and all communication is superficial in that it takes place digitally, through headphones or earpieces.

The concept of social interaction while hiding behind technology is an interesting variation of social isolation. In a realistic social situation, one can easily say something wrong or embarrass themselves (the reasons which cause social anxiety). However, should there be dissent or an uncomfortable exchange taking place between one’s digital friends, it’s easy to simply remove oneself from the dungeon or quest one is playing with another player or team of players, thus, immediately removing oneself from the anxiety-provoking circumstances. It is easy to find other players to play with, and start anew. Finally, MMO addicts never need to face those who antagonise them – they communicate through an avatar created to be the perfect personification of the addict, thus eliminating fear of judgement (‘will they see my massive pimple?’;’will they think my nose is too big’; do they see my snuggle-tooth?’). A perfect warrior or mage cannot be judged by appearance, and thus, one is free to engage without fear of censure.

Now let’s move on to completionists: this is the category into which I, myself, would fall. I often feel the walls closing in when I’m trapped in a room of people, and even feel uncomfortable leaving the house. I also have a great many insecurities which dominate my thoughts when speaking directly to another person or when I’m in a group. Gaming offers a reprieve from such emotional turmoil, and, like MMO addicts, I can create a perfect character that I wish I could look like: Dragon Age, Skyrim, and Mass Effect allow a personification of what I wish I could be, and the epic story makes me feel as though my life is worthwhile (a very serious symptom of depression is worthlessness, and playing a game where only I can save the world sates my need for significance). Another very serious symptom of gaming addiction is anti-social personality disorder, also known as sociopathy. A sociopath can be a danger to society, but we will get to that a bit later. 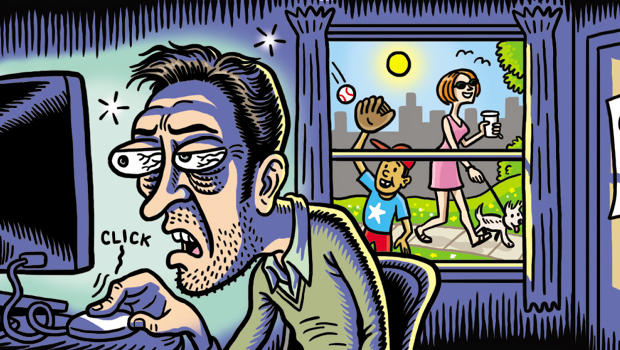 Completionists do not wish to speak to others while gaming: they find gaming a private activity, and do not wish others to interfere with their journey. I never play multiplayer, even when a game offers it. In Assassin’s Creed it is my duty to save the world, and I don’t need the help of others. My current fixation is The Witcher 3: Wild Hunt: a world in which I can escape completely for hours on end, be a dashing and well-built hero, and systematically unlock every trophy. In fact, I never buy games that require multiplayer to earn a platinum trophy, because I do not wish to share my gaming experience with others.

Completionists may not be the most serious form of addiction, but they are certainly more dangerous to the addict. Total isolation leads to a lack in social skills, as well as a disregard for hygiene and physical appearance – the very things that they obsess about in real-world social interaction. Such addicts can truly have extreme social anxiety, depression, or personality disorders, as escapism is far more attractive than having to live. In fact, when not playing, the only thing that can allow the addict to function in the real world is thinking about their current quest, and getting back to it. Yes, people like me can hold down jobs, and may even be successful in such jobs, but the problem lies in the obsession to return to the world they feel is more real than their own.

Enslaved: Odyssey of the Outcome

Here is where things get tricky. We have already established that both types of addicts often suffer from psychopathology (this does not mean they are psychopaths, it means they suffer from some form of psychological disorder). The media has blamed many tragedies and mass murders on gamers, because of the games they play. I vehemently disagree. Gamers do not cause mass murders. Sociopathic gamers sometimes cause mass murders. I kill thousands of people the The Witcher, I even received a trophy for killing 1,000 demons in DmC: Devil may Cry, but not once did I feel the urge to buy a shotgun, katana, pistol, or machete and slaughter anyone in sight.

Such violence comes from a severe detachment from reality and an anti-social personality. While gaming addiction might cause a withdrawal from society, detachment from reality is far more severe, as games become life to these individuals, and they begin to see normal people as demons, or enemy gunmen. Also, murders such as these are most often committed by those who play first-person shooters (but not always, there is an exception to every rule). In FPS, gamers must literally find people and shoot them, from the point of view of the gunman. Thus, buying a high-powered rifle and shooting up a school may seem natural to such a gamer – but I reiterate, only a sociopathic personality coupled with severe dissociation from reality would ever even consider this.

That is where media has got it extremely wrong, and pigeonholed gamers as dangerous. ‘Research’ claims that gamers are always the cause of these murders because of their gaming. Do they take personality disorders, strife in the family, or abuse into consideration? No, they jump right into ‘gaming causes another mass shooting. Gaming is dangerous’. As discussed, gamers like myself can become so attached to their games that their gaming reality becomes their real reality. However, if someone were to shoot various enemies over a course of a few weeks, talk to like-minded individuals doing the same, and feel a hatred building within them because of the inevitable bullying that comes with social isolation (specifically in teenagers), then yes, gaming can be dangerous.

What I am trying to say, is that media and research has given gamers a bad name, and it is unfair to put us all into the same category. If you know a gamer who obsessively plays FPS games and seems to get a little too much glee out of it, seems to have strife and home, or is incessantly bullied, how about you stop calling him ‘a disaster waiting to happen’, and, like Marilyn Manson said regarding his involvement in the Columbine Incident, stop for a second, and listen to those individuals. Perhaps all they need is an understanding ear and a shoulder to cry on if needed.

I think I’ll leave you with Manson’s answer to a very important question, and perhaps you, yourself, can consider: do you pigeonhole individuals because of what they do, or do you take time to think of why they do it?