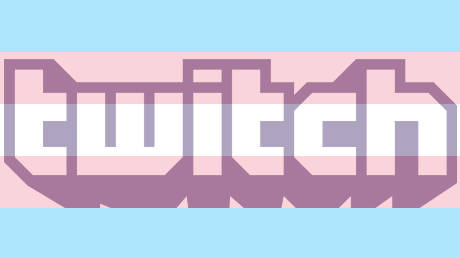 I’m sure you’ve all seen some variation of Twitch etiquette for different Twitch streamers. They typically have suggested rules that will make the viewing and chatting experience better for you and the streamer. But not everyone has met a transgender person before, or how to be an ally to them. I’m going to share some basic Twitch etiquette (feel free to skip if you’re familiar with it) plus a few things any potential trans allies should do or avoid when interacting with transgender streamers.

Going forward, I am a transgender woman and I speak for my own experiences. I don’t use trans masc or many nonbinary or agender examples because I don’t experience what they do and I don’t want to misrepresent them. Keep in mind that one trans person doesn’t represent every trans person. If you don’t know what transgender is, it’s a person who doesn’t identify as their assigned sex. For more info on that click here. 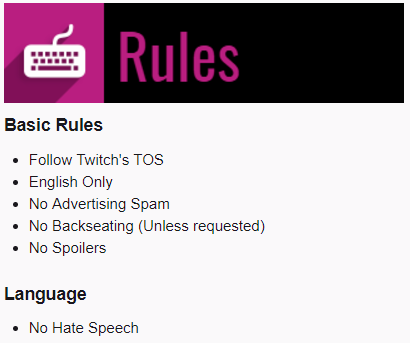 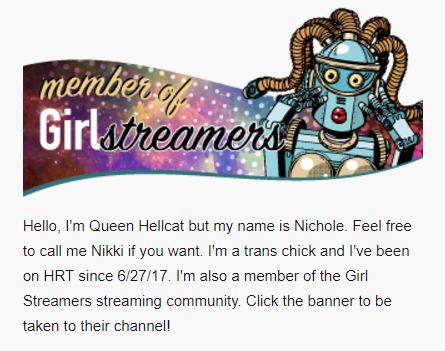 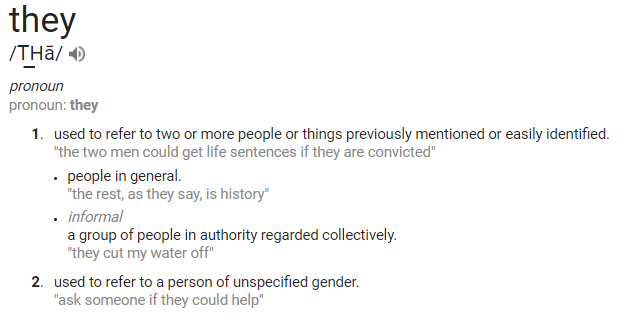 It’s important to use their pronouns if you can though, even if you consider them “unconventional” pronouns. You don’t get to say what makes other comfortable, but you can always help them feel comfortable by using the right pronouns.

If you’re a trans streamer and you have some suggestions to share, make sure to let me know in the comments or tweet me @queenhellcat. If you feel like I got something wrong let me know. I am not infallible but I feel like this is a pretty darn good list of things that should be kept in mind for Twitch etiquette.

It’s pretty easy to not be transphobic, just don’t argue a person’s identity and don’t undermine it. If they tell you what’s up, listen because they know their identity better than you do. Thank you for reading and watching. If you want to test out your etiquette you can on my stream just click here!