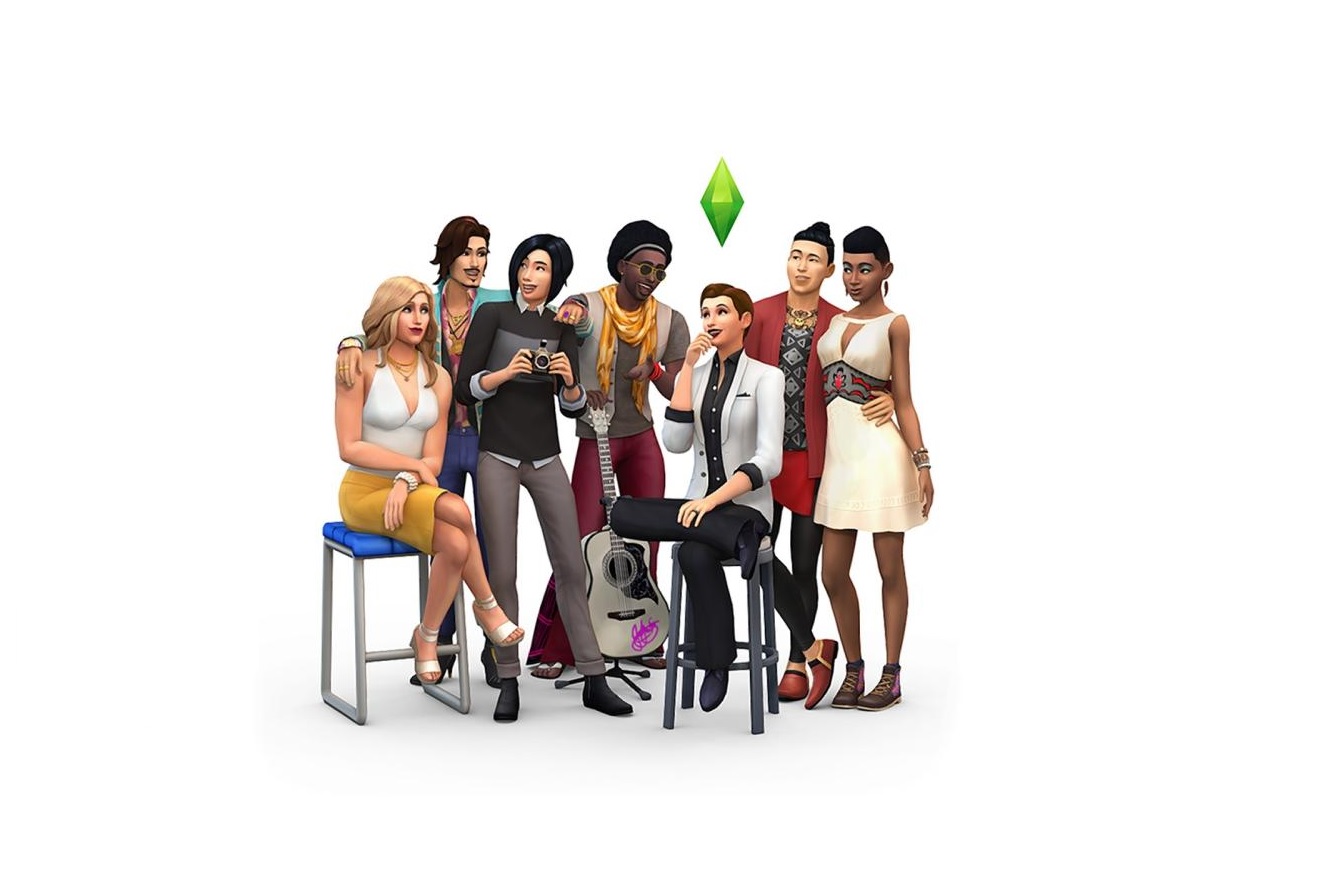 There’s always been a bit of controversy around The Sims. From the way Maxis/EA handles monetizing content, to the frequency in which they implement features. But, for all intents and purposes, Maxis/EA is made of human beings and human beings are fallible. As others have pointed out, making games is hard work, and there are ways that the gaming community treats developers that I absolutely do not agree with, regardless of the practices those developers involve themselves in.

But, as a transgender woman, there are a lot of ways that I am at-odds with the gaming community, which is probably a discussion best left for another piece.

The Sims is a Shared Experience

Firstly, The Sims 4 itself has been surrounded by some controversy, from not having toddlers in its immediate release, to monetizing more content than has ever been monetized in its past iterations. I feel like this, though, can be overlooked if you think about The Sims, not as just a singleplayer game, but as a shared experience that is actually really similar to that of an MMO. If you look at it like that, having tons of content to keep things rolling and developers paid for years after its initial release, it tends to make a little more sense.

The Sims 4 allows you to share your households (single sims, entire families) and builds (homes, businesses) across an entire network of people, which, I kid you not, is logged at a constant 20,000 and up user count stat on the gallery’s main page. That’s about around the same concurrent userbase as EVE Online. This is why I tend to think of The Sims as more of an online shared experience, rather than just a regular singleplayer game.

A Much Needed Addition 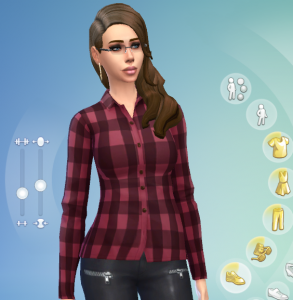 There is something though that The Sims 4 has that none of the other iterations have ever had (without mods, at least), and it’s one of those things that caused a buzz of controversy when it was implemented. Yes, I’m talking about the “transgender sim” patch that was released in on June 2nd of 2016.

For me, this was the only reason, at the time, that I even reinstalled the game (because I still hadn’t figured out how much a game like The Sims could be worth to my mental health). On top of that, I follow a lot of other transgender people on social networks and this was the only thing most of us talked about for at least a whole week. Maxis/EA got major props for this, and I hope it’s a continuing trend in the eventual iteration of a fifth Sims game.

Of course, like with any game anywhere where the developers decide to be inclusive of marginalized people, there was backlash. As usual, the gaming community absolutely never fails to be regressive in the face of people who are not like them. And yet, on a daily basis, they continue to share space with us mostly without even realizing it. I’m talking to you, MemeLord57 on that Overwatch team where you thought it’d be appropriate to shout slurs into your microphone. 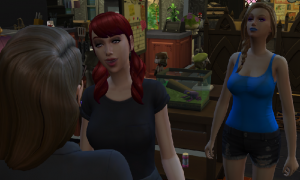 What’s all this have to do with anxiety and mental health, though? Well, as time has gone forward, I’ve personally been through a lot, and I continue to go through a lot in my personal struggle of building myself a future. Anxiety, for me, is getting worse. If I can be a little open here, I had gotten to a point where I was having emotional breakdowns, on social media even, on the regular—on a daily basis. And I don’t like when people have to see that, when they have to be subjected to me basically just unraveling all the time, you know?

It’s not fun, and it keeps me awake most nights.

But then I met a friend who is really, really into The Sims, and it kinda piqued my interest. It basically reignited my curiosity about the series in general. Then I realized, that sandbox driven game with over-the-top customization I’ve been looking for since 2015 has been right in front of me the entire time. Right there on my Origin account, since 2014.

You already know the name—The Sims 4.

It isn’t just the enormous amount of customization detail that’s been keeping me occupied in my gaming time, almost exclusively, for the entire past month (as of writing this). There is something about The Sims that is incredibly calming. It’s not the “living another life vicariously through pixel people” but more, you know, “this is something I can just concentrate on for hours, build and weave communities and stories and suddenly everything in my head that’s trying to tear me apart, constantly, just fizzles away.”

For a short period of time, every single day, I have no anxiety. My constant dysphoria and body image issues are forgotten and I’m playing my transgender self, in a highly detailed game, managing a gigantic family of vampires, moving them around and building a network of some kind of expansive family bloodline. It’s just everything I could have asked for from a game, and even more. No toxic global chat channel constantly butting into my experience, no high-stress competitive environment, nobody telling me how they think I should live my life, or how they think I shouldn’t live at all. 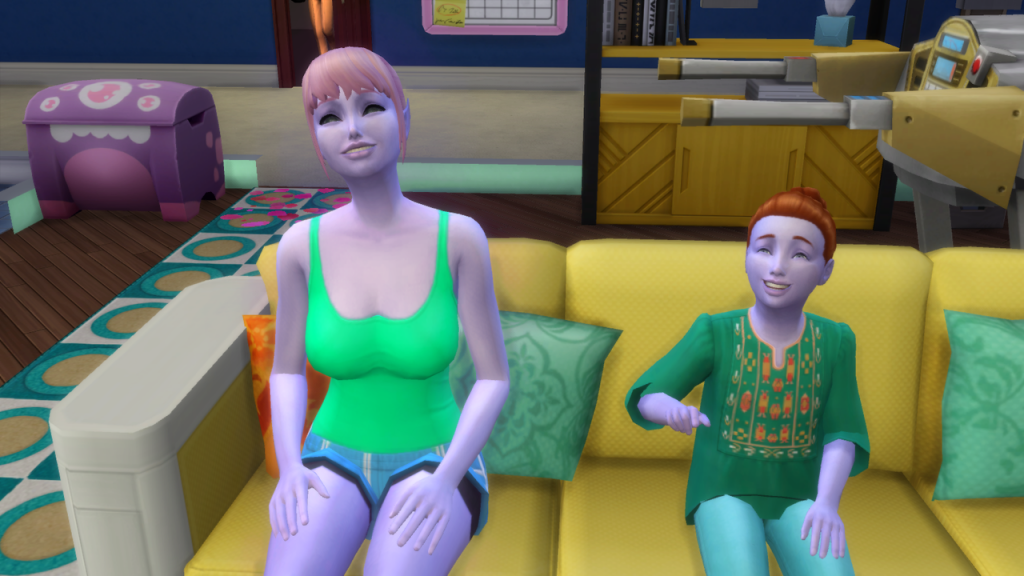 It’s just me, my sims and a little bit of temporary relief.

This is why, for me, The Sims isn’t just a game, it’s a therapy tool, and if you’re like me, maybe it can be the same for you.

Meryl S. Kavanagh is an independent author, writer, and the producer of electronic music outfit Eyeshadow 2600 FM. She's also an avid gamer, a transgender woman and very passionate about her politics. Follow Meryl for randomness, music, writing and politics over on her Twitter.