‘There is only one side’ claims the video Bethesda posted last week to promote the Nazi stomping Wolfenstein 2: The New Colossus. And really, who could argue with that? Dating back to their 1981 incarnation in Muse Software’s Castle Wolfenstein, and elevated to mythical status through a young ID Software’s 1992 genre-definer Wolfenstein 3D, the Nazis in this venerable series have always been, as strange as it sounds, free from politics. 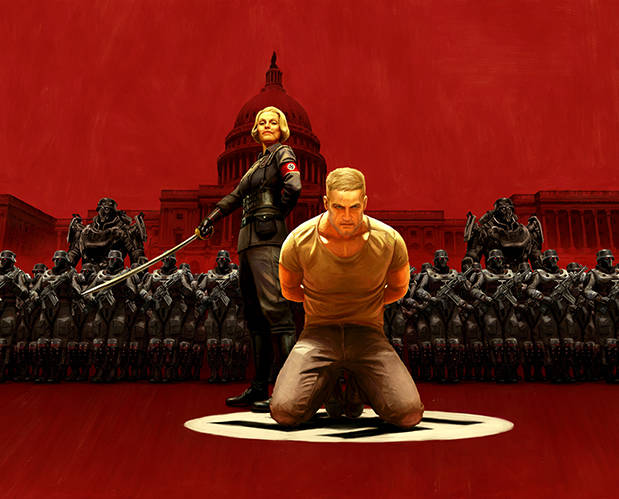 At least, that’s the assumption. What ‘free from politics’ really meant in 1992 was politics that might clash with the world view of brogrammers at a pizza and beer LAN party. Still, in the popular imagination, the archetypal Nazi has always been an emoji for evil. This is the power of parody. It’s how artists strip symbols, and cultures, of their influence. It’s how to stop the past repeating itself. And it works. You don’t kill Nazis in Wolfenstein – you fight evil, and letting you fight evil is what shooters do best.

‘no one from MachineGames or Bethesda could have predicted Nazis marching down American streets in 2017.’ Pete Hines recently told Rolling Stone.

‘From a marketing standpoint, we certainly saw an opportunity to take a stand against these events while also talking about the game’

It’s great rhetoric, and it’s certainly ruffled some white hoods, but I don’t know if I buy it. When asked by Rolling Stone why the game wasn’t providing direct commentary on these issues, Hines responded ‘because no one – at MachineGames or at Bethesda – could predict what would happen.’ Hines’s argument makes sense – videogame stories can be set in place years before development. Plus, you know, shit’s genuinely cray atm. Still, the marketing was a recent choice, and without the themes to back up their purported sympathies, the claims ring hollow. I also can’t help but feel that targeting insignificant fringe lunatics in a marketing campaign lends them legitimacy; more fuel for their paranoid fires. 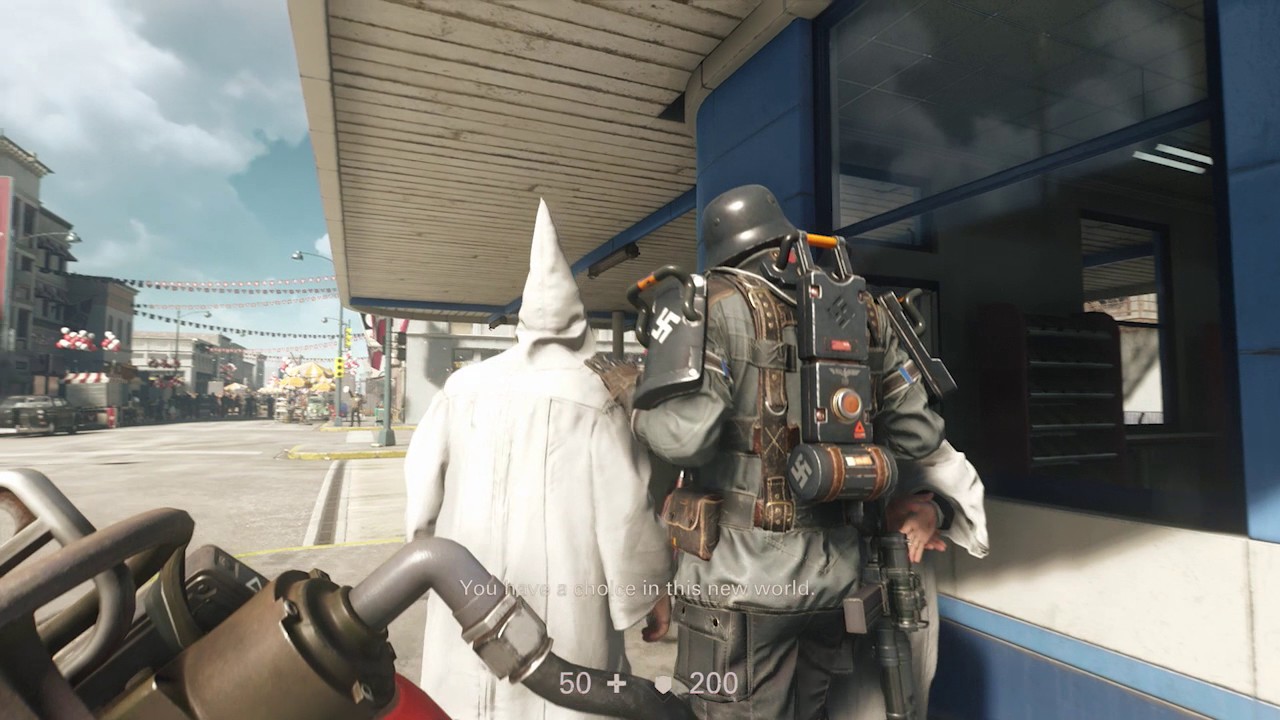 Buuuuuut, any allyship from high places has got to be a good thing, right? I’m going to pop the bubble of authorial authority with the tiny plastic spork of conflicted opinions, and admit I’m not sure how to feel. I have activist friends, and I also have German friends – a language that the marketing seems to think is a code for evil in itself. Games are a powerful storytelling tool, and it would be interesting to explore what drives a person to become a Nazi in the first place, rather than featuring hordes of cartoon fascists with silly accents. Hopefully The New Colossus will provide some answers when it drops this Friday. I found a lot to love in The New Order, conflicted between Doom style mayhem and Call of Duty cover hugging as it was.

Let me know your thoughts in the comments. Maybe we could have, like, a productive discussion on the internet or something.