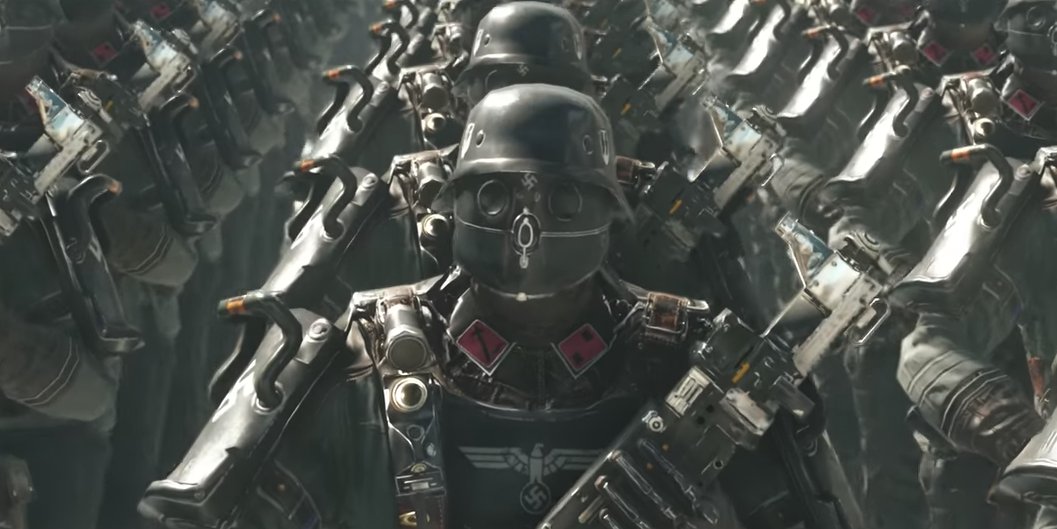 Wolfenstein 2: The New Colossus is not a truly great Wolfenstein game, but it feels like a rung on the ladder to one. It carries the franchise’s history like a millstone carved from a beloved pet rock.  Unflinchingly self-conscious; at once brazen and apologetic.  The Wolfenstein name is both a slashed Achilles heel, and the Golden Fleece tourniquet wrapped around to staunch the bleeding. In attempts to consolidate the past with the future, it is a dull philosophers head grafted on a drunk frat boy’s neck. A B-Movie masquerading as a Bildungsroman. Nothing is more emblematic of this tonal imbalance than token attempts to characterize the endless Nazi hordes. 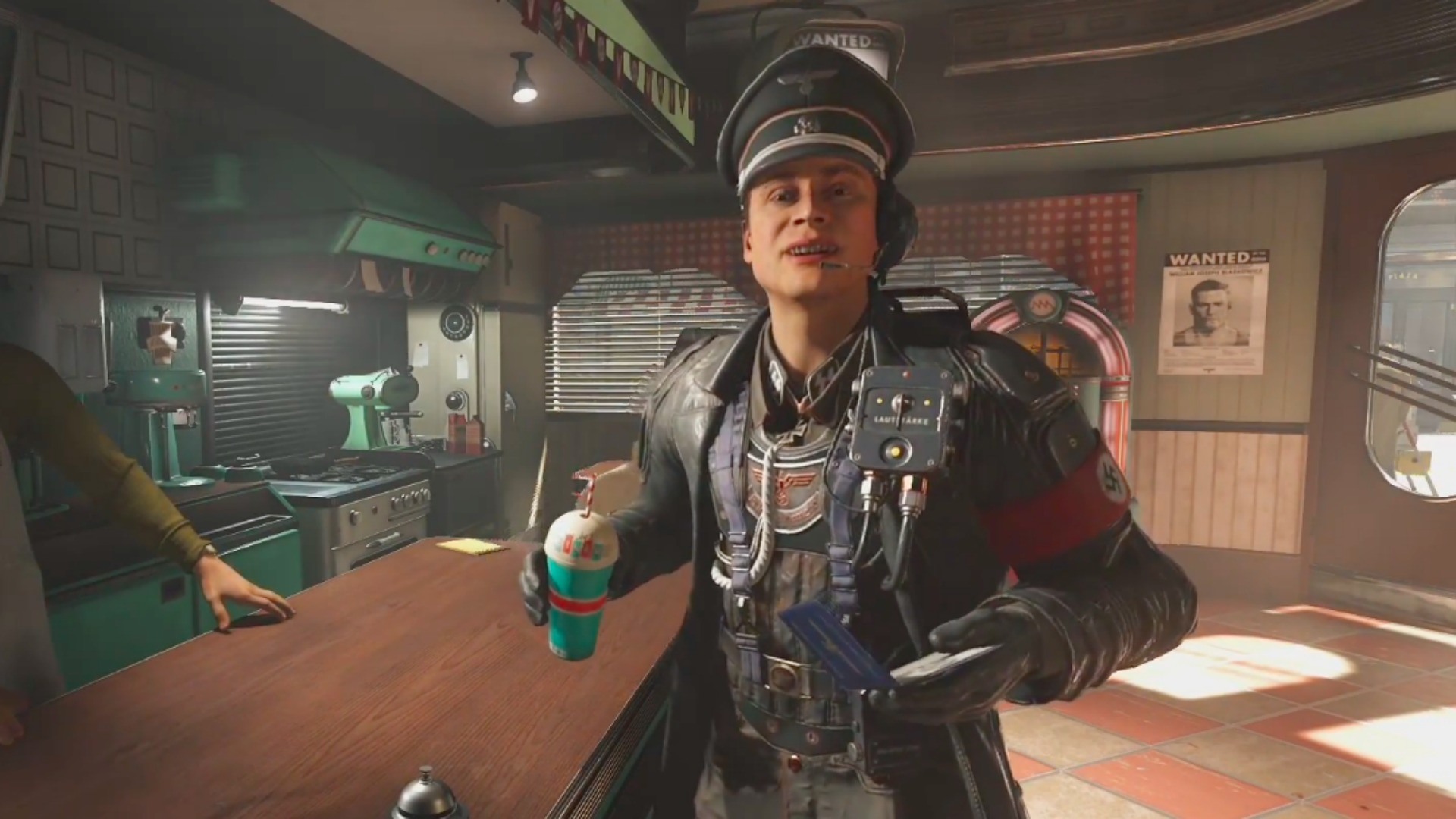 Gameplay is king, we shout. ‘Cinematic’ is somehow still an accolade, antithetical to interactivity as it is. The New Colossus is statuesque; marble hewn glory like a dictator’s memorial, balancing precariously on these twin pillars. The pillars are oil. The pillars are water. Separate review subheadings to be consolidated , but they float unyielding. For good or ill or absolute nausea, all critical discourse has to be heard over the din of the post ludo-narrative discotheque – shirts, shoes, and suspension of disbelief entirely optional. Protagonists like BJ –  who shrug off bullet wounds in between grim, mortality-lamenting monologues – stick out like a shimmering medikit. Objectivism may insist that there’s no such thing as a free lunch, but there was still plenty of chips in Bioshock‘s bins.

And what of BJ? BJ of the body armored chest but vulnerable heart. BJ, named for a joke between brogrammers who feels naive and affecting tenderness for a girl whose name he shares. Machine Games attempts to elevate BJ from laconic icon to Byronic titan are masterful, but confined to the passive. There’s a lot you can do with a hatchet and a Nazi, says the same BJ we’ve known for thirty years. There’s a lot you can do, but it’s the same stuff you’ve always done. For anything else, all you can do is watch.

It may be a step forward for the Antifa Superstar as a character, but it’s a static refusal to confidently assert a position. Are we fighting Nazis here? Or are we fighting a black shroud, a legion of mechanised-even-when-they’re-flesh-and-blood archetypes that have less to do with specific historical instance and more to do with stitching a simulacra of humanity on the Cerberus that guard the gates to liberty and agency and tolerance? Shout the word Revolution a hundred times without context and attract a hundred creeds and manifestos, none of which will disagree with you. 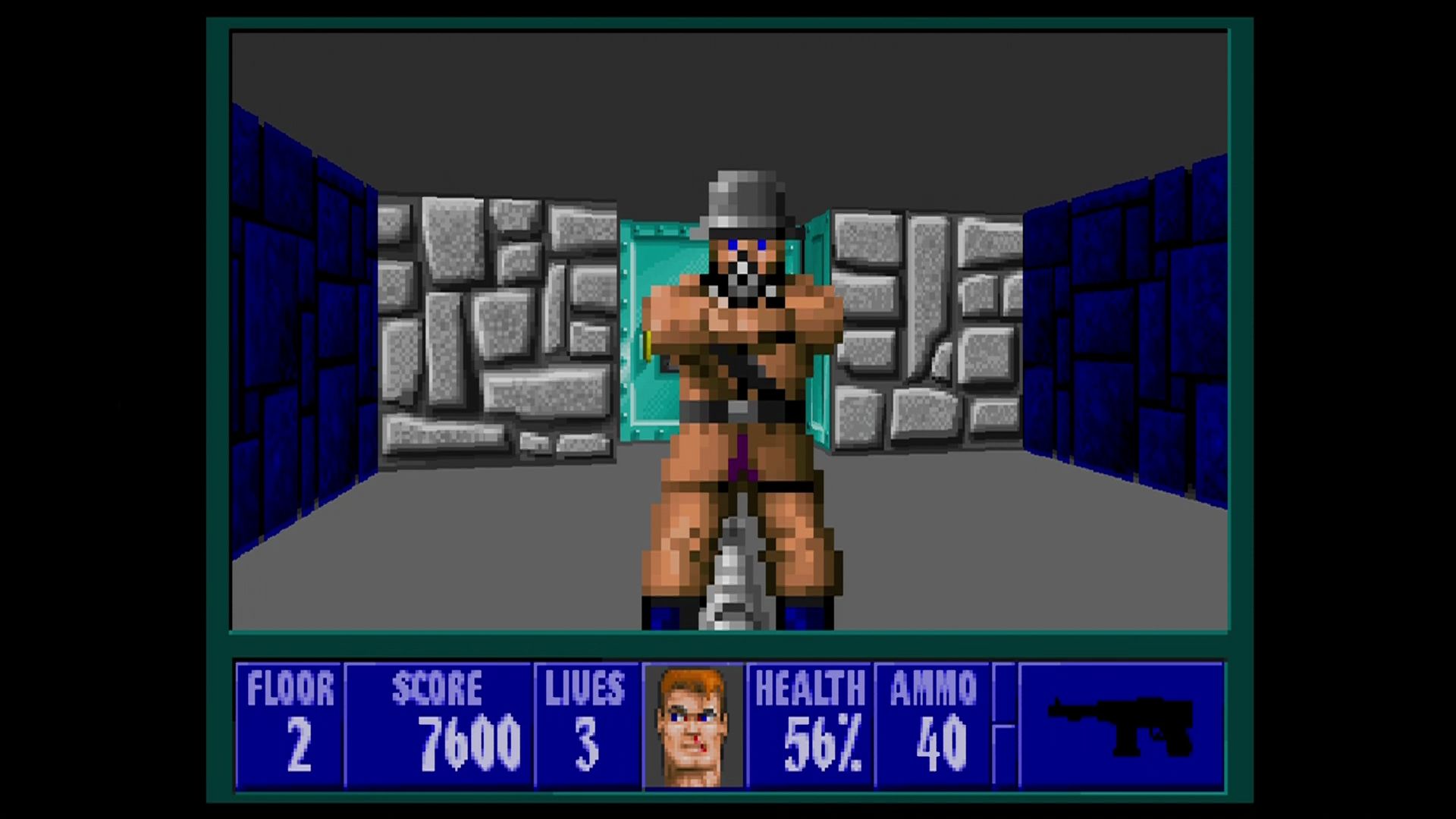 And shit, killing Nazis in Wolfenstein 3D felt great. Killing Nazis in The New Colossus might even feel better. Killing Nazis is what BJ Blaskowitz does – an encoded character trait make necessary by a coded avatar mechanic. The real innovation here comes from extrapolating a man’s history from gameplay feature. Start with the mass murder, and work backwards. The New Colossus‘s best moments – BJ’s fragmented memories of a forbidden childhood romance, of his father’s bigotry and paranoia towards those he views as other – are some of the most utterly captivating storytelling in modern gaming. But the narrative stakes are weakened by an almost nervous longing to remind you it’s still just silly, Nazi killin’, dual wieldin’, head poppin’ escapism. The painted background to the showbox may depict concentration camps and childhood trauma, but the puppet strings work the same way they always have. BJ’s a real boy now, almost, but if you look close enough, you can still make out the knots in the wood.

Behind the Death Masks

Look; I’ve always felt that if you need some strong evidence that nurture trumps nature nine times out of ten, the horrors of The Third Reich are as good a red flag as you can hope for. I can absolutely buy that the right combination of economic hardship, international tensions and charismatic delusion produced the Nazis. What I can’t accept, however easy it would be, is that thousands of German men and women just happened to be born evil at the wrong time. At least half the time playing The New Colossus, I was unable to forget that there were people behind those armoured death masks. Any time I was in danger of forgetting, of actually indulging in the guilt free slaughter I was constantly reassured was the whole point, the game made some lacklustre attempt to remind me. 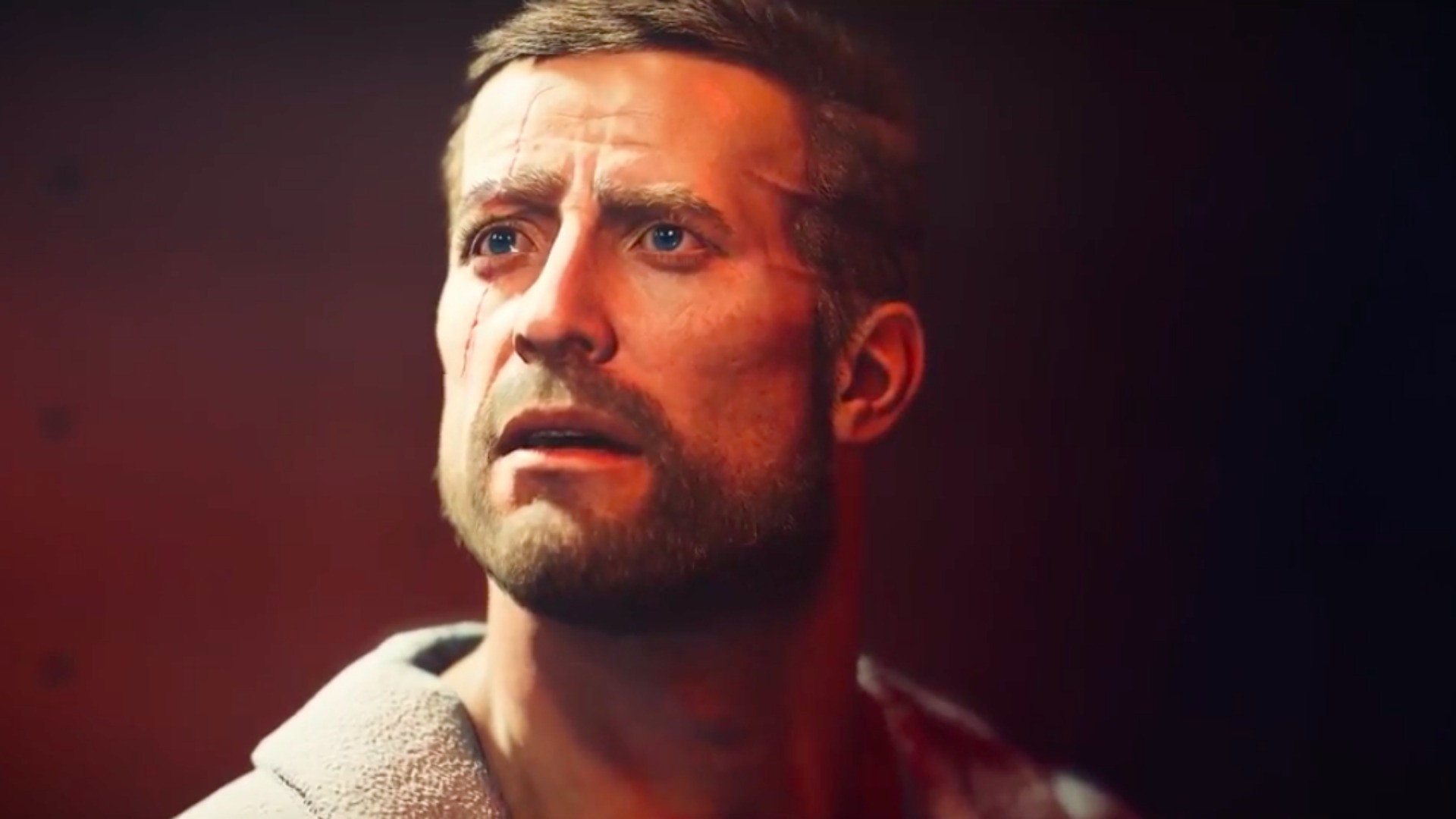 You can try and get me pumped by BJ’s one liners, or you can strew letters about written by Nazi soldiers to their families in attempt to appear nuanced, but you can’t do both. The New Colossus needed an easy enemy because it wanted to appear powerful and righteous, and it needed to drop occasional lip service to nuance because it’s 2017 and one-person indie studios frequently embarrass AAA in terms of storytelling. Blascowitz is a fleshed out human in a world of cartoon characters, and emotional resonance requires more than one actor. We’re expecting to treat BJ as an unstoppable freight train, but each kill is another body on the tracks.

BJ the character and BJ the avatar are locked in a struggle for center stage here. When one of them wins, we’ll get a truly great Wolfenstein game. It just needs to work out whether Nazi lives matter.