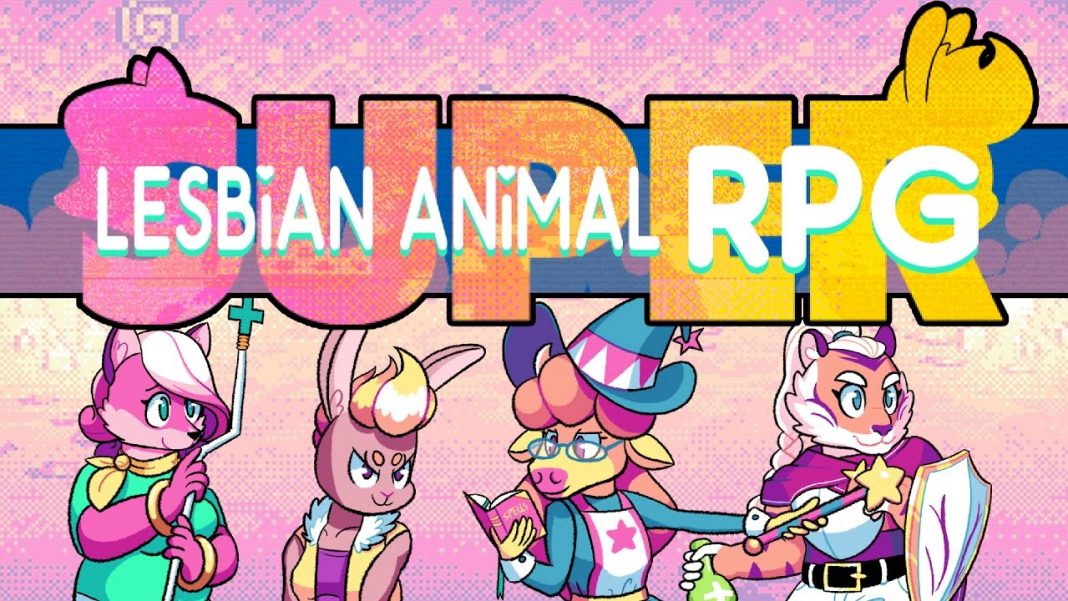 No, you read that right. Super Lesbian Animal RPG is an actual game in development.

Now, this should be said straight away. If the title alone has triggered you with its promise of same sex relationships among anthropomorphic animals, you’re going to have a bad time. Seriously, stop reading right now and go back to your daily dose of white human males doing straight things for the sake of straightness. We won’t judge you.

…Ok, now that that’s taken care of, let’s dive into one of the most promising solo projects to come on our radar in a while.

The game follows Melody Amaranth, a transgender fox living in the small town of Greenridge. After realizing she has feelings for her longtime friend Allison Goleta – and having those feelings reciprocated – she becomes determined to help her partner in her adventures as a healer. Together with their other party members, Claire the witch and Jodie the knight, they’ll explore dungeons, take on monsters and interact with the world’s bright and bubbly inhabitants. 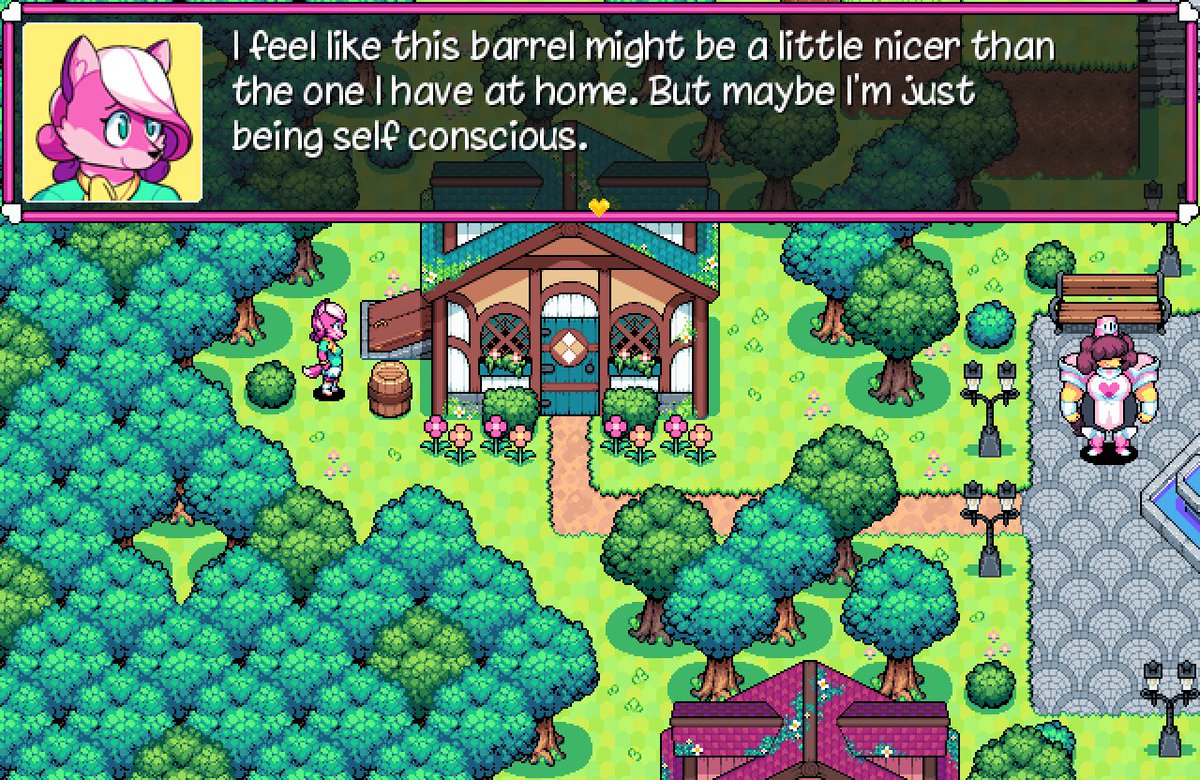 Developed by Bobby Schroeder using RPG Maker VX Ace, the game is a love letter to RPGs of old like Secret of Mana and Dragon Quest. Combat uses a traditional turn-based system, making strategic use of party members’ abilities is the key to success. Find yourself facing down a group of particularly tough spherical frogs? Keep Melody’s healing spells on a constant stream and then decimate them with powerful strikes from Jodie when the time is right. Not able to penetrate the defenses of a mystical obelisk? Use some status boosters on the party and then let an onslaught of attacks fly.

Meanwhile, the world and setting bleed with color and energy. It’s filled to the brim with characters and side quests that add personality and emotion to the player’s adventure. When you aren’t  diving into a dungeon for untouched treasures, you’ll be hard-pressed not to find another distraction or activity to fill your time. From conversing with the local townsfolk about suplexing cars to searching for the game’s unicorn. This is all set to music composed by Beatrix Quinn which blends classic styles and beats from RPGs of old with a bubbly, curious rhythm.

Though a firm release date hasn’t been announced yet, we’re more than a little excited to see how the final product turns out. If Super Lesbian Animal RPG sounds like a title you’d like to see for yourself, there’s currently a “pay what you want” demo available for download on Windows, as well as a soundtrack for the demo available on Bandcamp. Those interested in supporting the project can also make donations to the creator via Patreon.

Looking for more about games with new and interesting character interpretations? Check out our dive into how Link from The Legend of Zelda has succeeded at being gender fluid.