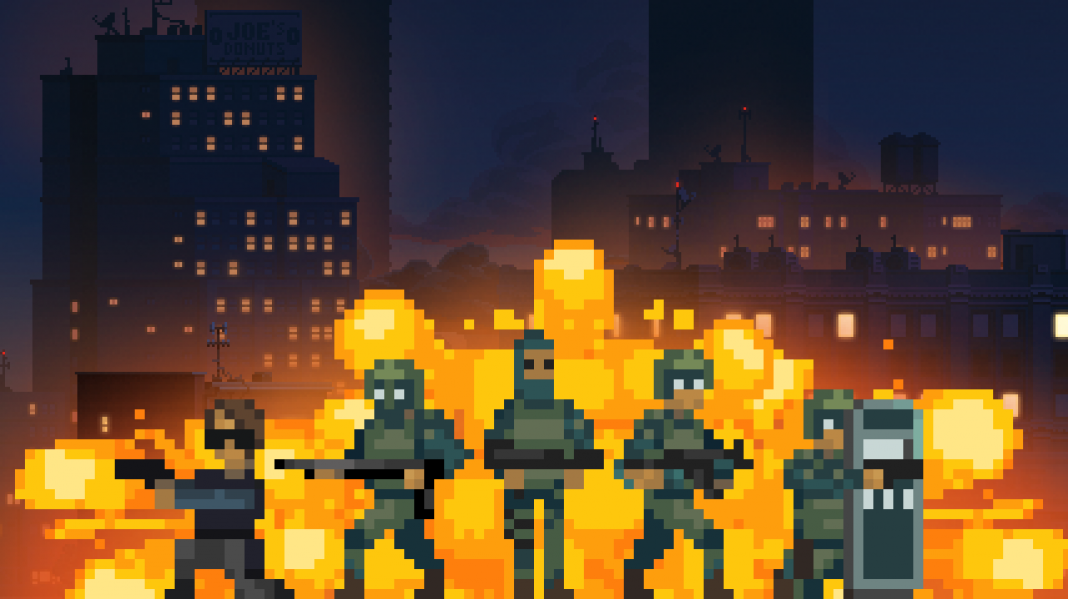 America’s police are having a hard time with their image at the moment. What with them breaking into other peoples homes and shooting them dead, or just beating people in Waffle Houses. It seems that the US police force can’t go too long without embarrassing itself. Because of this, we here at New Normative think it’s about time the many forces across the US took time to rebrand themselves, and we could think of no better model than Door Kickers: Action Squad. 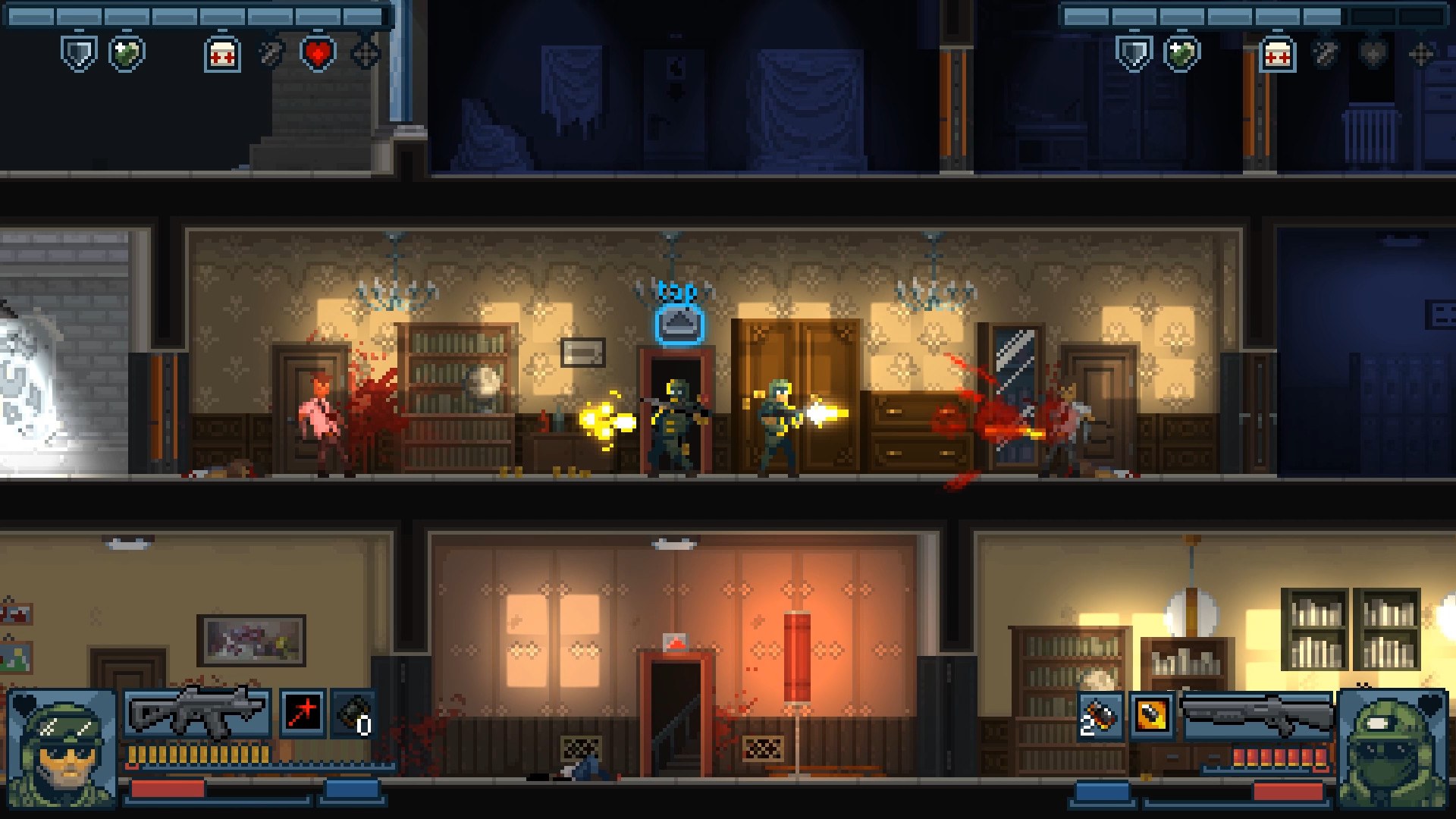 The first issue seems to be that no one really trusts the police any more, with huge percentages of the public believing them to be corrupt. Are the police of Nowhere City USA corrupt? Honestly we don’t know, but they’re adorable. The sprite work graphics and little one liners that each character has are so good we didn’t even stop to check if our avatars were planting drugs on their victims.

Another selling point of these 16 bit crime fighters is that we can clearly tell them apart. Each officer has a different set of skills, they look completely different. Compare that to the boring real life police, who might as well just be copy pastes of the same few boring faces. 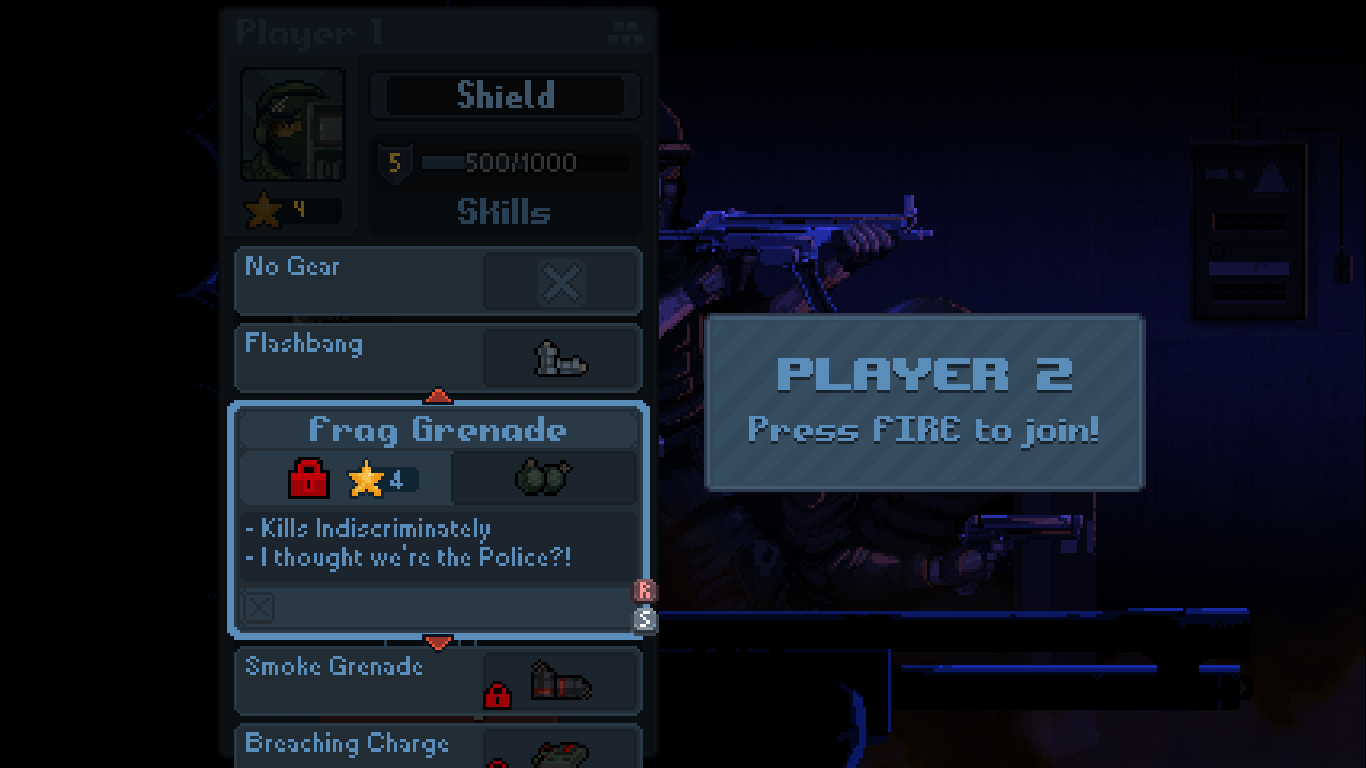 The second issue people have with the police is their excessive use of deadly force. Roughly 1,000 people have been killed each year by US police since 2015 and many feel that a large number of these deaths could have been avoided. Within the first two hours of Door Kickers, we’d manage to murder well over 150 criminals.

At this rate, the death toll at the hands of these five officers will far surpass the real police, yet there’s one clear difference. Every single person you kill is a threat. They’re shooting at you first, running at you with knives or threatening the lives of hostages. We can see that there’s no other way to deal with these criminals, so it’s all okay! Even accidentally shooting the occasional hostage cant tarnish their reputation.

All in all, we really feel that the police could learn a thing or two about being more likeable from Door Kickers. They may be violent psychopaths who murder anyone who gets in their way but wouldn’t that be better than the real version?