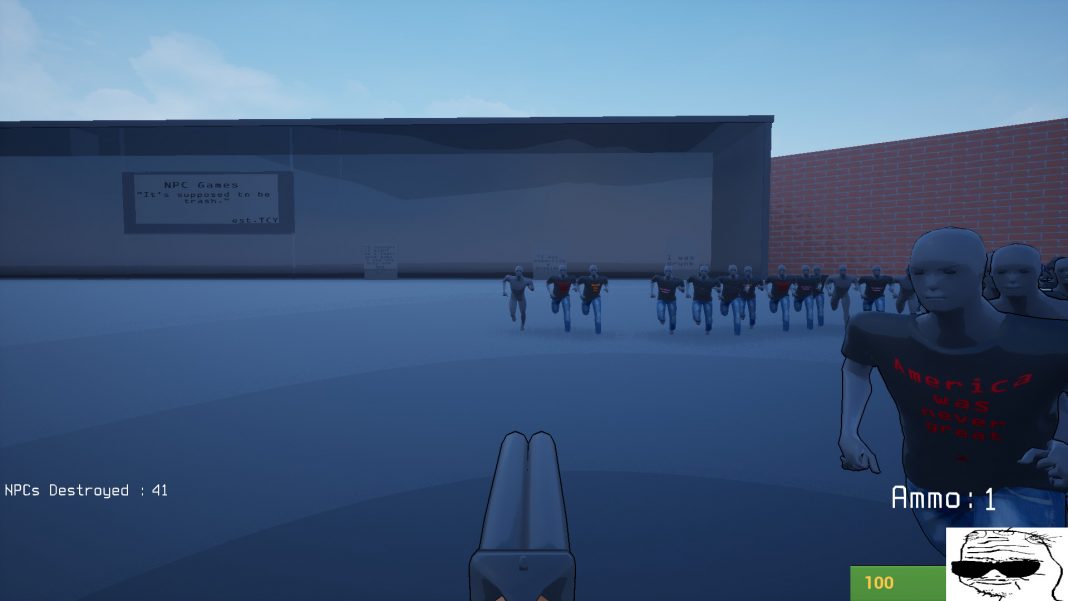 Steam recently did something notable, it actually blocked a horrendous game from appearing on their storefront. It’s notable because their policy up until this point was essentially “Fuck it, do what you want just pay our cut.”. The game is question was pretty awful. It was a rape and murder simulator. Unlike Night Trap, this is one controversial game that probably won’t wind up on a Nintendo system in the future. Steam is still full of horrendous games; a particular choice pick is “NPCs”. It’s a game that lets you mow-down NPCs.

Rape Day is a bog-standard zombie apocalypse title with the twist that you can rape and murder NPCs. It contained warnings for “non-consensual sex, necrophilia, and incest”. Pretty much hitting every awful subject it could get its hands on. IHow many sales can shock-value drive? If it had come out on Steam, it probably would have been quite a lot. Rape Day received an amount of coverage most indie developers can only dream of. The curiosity factor would have been enough to push this game into profitability.

This was finally a line Steam wasn’t willing to cross. After announcing an “everything goes” rule last year, Steam has let an awful lot of shocking crap onto their system. The bulk of it seems to be games that deal in nudity and sex. No one is really sure who is buying these endless catgirl titles, but they seem to support themselves. Steam shouldn’t exactly be patted on the back for their decision. The platform is still home to some pretty awful stuff.

The easiest way to see the problems Steam still has going on is to take a quick look at its curator section. This portion of the Steam store gives players access to curated lists by other players. The aim is to help players find titles that they like in the bloated storefront. However, it’s crawling with hate groups. There are many groups which title themselves through their advocacy of a certain politician but are in actual fact a stand-in for white supremacy. There are some Steam curators who highlight games in which you can play as Nazis, or games which present a balanced view of Nazis. All helpful categories for anyone sane person browsing the Steam store.

These communities show the type of toxicity that dwells below the surface on Steam. The platform is crawling in it. It’s a byproduct of this “everything goes” mentality. Steam has become such a dominant force in the industry by having such a light hand on its content that anyone and everyone feels like they can spread whatever they want on there.

Steam only acts when a game is awful enough to garner attention for the wider media. Their policies have little to do with the actual content of games. Instead, games are only removed if their existence becomes a big enough deal. As you can see by the presence of a lovely game in which you murder those with differing views to you, called NPCs.

NPCs is a game that deals with a weird craze from 2018, the branding of political opponents as NPCs. It was a movement from the Alt-Right which proposed that those who oppose White Nationalism or support progressive causes aren’t human. Essentially, since these views were so popular in the general population they can’t be legitimate. This was a way of branding people who disagree with hateful ideologies as NPCs, or non-human. It dehumanised political opponents in a way that seemed like dumb meme-culture at first but was actually a disturbing callback to an old fascist tactic. Dehumanising political opponents is a dangerous game.

Now that these NPCs have been dehumanised, what’s wrong with building a game around a mass killing of them? That’s the question the game NPCsasks. In this delightful game, you’re tasked with mowing down wave after wave of NPC. The title page for the game makes it clear what sort of NPCs we’re dealing with here. Screenshots show that the NPC horde is wearing t-shirts with anti-trump, or pro-gay, or anti-racist slogans on them. For this game, that puts them in the bracket of sub-human. The player has to commit massacres of these characters.

There’s also a level in which every NPC running at you is solidly black. Very subtle. It describes itself as a “satirical take on modern culture” but that’s one hell of an overstatement. It’s not satirical. It’s a game that allows players to massacre political opponents that they deem to be non-human for disagreeing with them.

FEMINAZI: The Triggering is another lovely slice of what Steam allows. Do you want to take a guess what this game is about? The trailer begins with a “trigger warning’ laid out almost identically to that disclaimer that opens South Park. Which just about sets the tone for what the creators think their game is despite its low-quality. The game has you play as a “FemiNazi” who must stay a base level of triggered or face the consequences. It’s really cutting satire.

You have to stop white males from harassing minorities and women! This is where the dumb strawman gives way to something quite telling. Their ridiculous version of SJW behaviour is stopping bigots from harassing woman and minorities. The game is supposed to be an exaggeration of awful “SJW” behaviour. So not harassing people different to you because of that difference gender is that ridiculous? FEMINAZIlooks to be pointless and fairly dumb satire, but it reveals something a little darker in the developer’s world view.

Stopping hate speech or just not participating in it becomes such a ridiculous act that it’s a ripe target for satire? It’s lazy writing.

Is There Money in Hate?

Valve clearly hasn’t learnt any lessons. Rape Day might not have made it to the shelves, but many other hateful games still exist on the platform. Hateful communities are allowed to flourish. Valve only takes action only taken when enough attention is drawn to these games. These elements are allowed to thrive on the platform, their money is as good as anyone else’s. Steam’s hand-off policy just encourages hate culture to congregate on its platform. Would a game like Rape Day even have been made if Steam didn’t exist? Probably not. 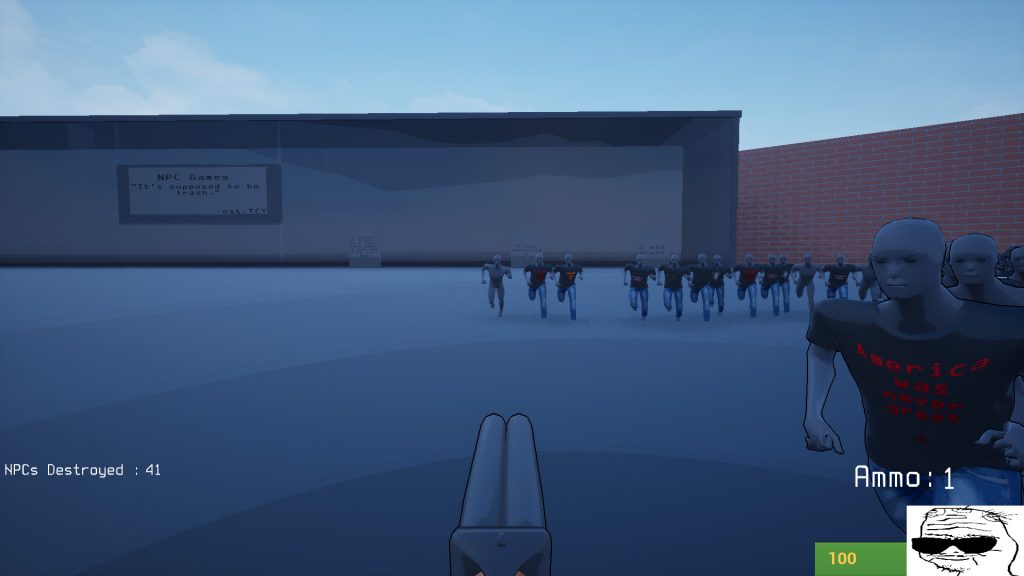 Valve’s approach to stopping hateful games needs to be more than just banning the notable ones. It allows an NPC murder simulator to pass just because it wasn’t quite shocking enough to get everyone’s attention. This is a game which puts all political opponents of a far-right ideology into a sub-human identity, then has the player mow them down over and over again. In the wake of attacks on what these players would deem “NPCs” surely Valve needs to be doing more to stop its platform becoming a breeding ground for radicalization.

If the game were based on Islamic terrorists committing atrocities rather than white terrorists, we’d have seen it vanish by now. Valve deliberately profiteers over the radicalization of its platform, it can’t claim to be on the side of the consumer while it allows this unfettered hatred to continue on its platform.