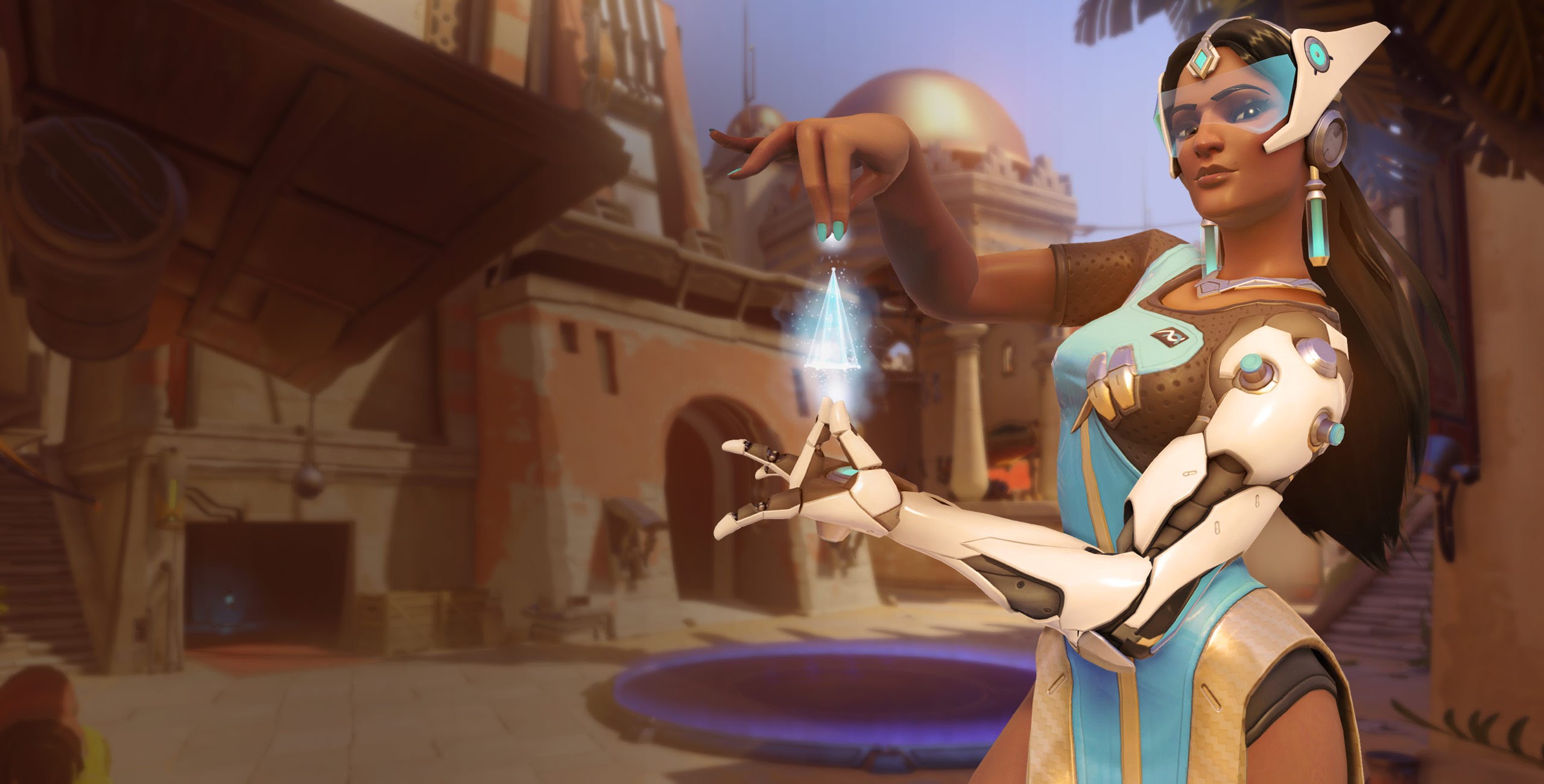 Earlier this spring, Jeff Kaplan, game director of Overwatch, replied to a young fan’s letter about Symmetra. She is the only autistic character in Overwatch, and perhaps, in all AAA games. In Kaplan’s response, he stated that the Overwatch team felt Symmetra “does a great job of representing just how awesome someone with autism can be.”

As someone not on the autistic spectrum, but having known autistic individuals, I applaud Blizzard’s inclusion of Symmetra on the Overwatch roster. I personally feel like Blizzard is doing a darn tootin’ job of including a vast array of relatable characters. Players first learned of Symmetra’s autism in an online comic. In it, fans saw Symmetra before she joined Overwatch, as a young woman named Satya Vaswani, who seeks order in chaos. Once she dons her Symmetra garb, she shares that everyone has always said she was different. They asked where she fit on the spectrum. Symmetra said, “It used to bother me, because I knew it was true. It doesn’t bother me anymore. Because I can do things no one else can do.” In essence, Symmetra’s need for order and regulation assisted her into becoming the Overwatch hero we’ve come to know.

How do others feel?

Even though I was excited about Symmetra, I wondered how others with autism felt about her. Did they share the young fan’s enthusiasm? Did they feel Symmetra was accurately portrayed as someone on the spectrum? If so, could they relate to her? After reaching out, two of my friends shared their thoughts with me. To protect their privacy, they are being referred to as Peter and Lucy.

The first friend I spoke to, Peter, was diagnosed on the spectrum as a child. I asked if he felt Symmetra was accurately portrayed as someone on the spectrum, and if he liked seeing autistic representation in Overwatch. Peter admitted he didn’t notice she was actually autistic when the comic was released. I asked him if he felt the writers could have done something more to illustrate symmetra on the spectrum.

Looking back, Peter felt that “her perfectionism, straightening a painting, and not doing well in a crowd are spot-on. I don’t see how they could have done any better without making the point too blatantly.”

When I first talked with Lucy, she was quick to tell me that Symmetra was her least played hero in Overwatch. Of Symmetra’s voice lines Lucy’d heard, she didn’t feel like they indicated she was on the spectrum. “At the same time,” Lucy said, “the spectrum is so incredibly broad that it’s difficult to say what would be just the right spot.”

Ways to be inclusive 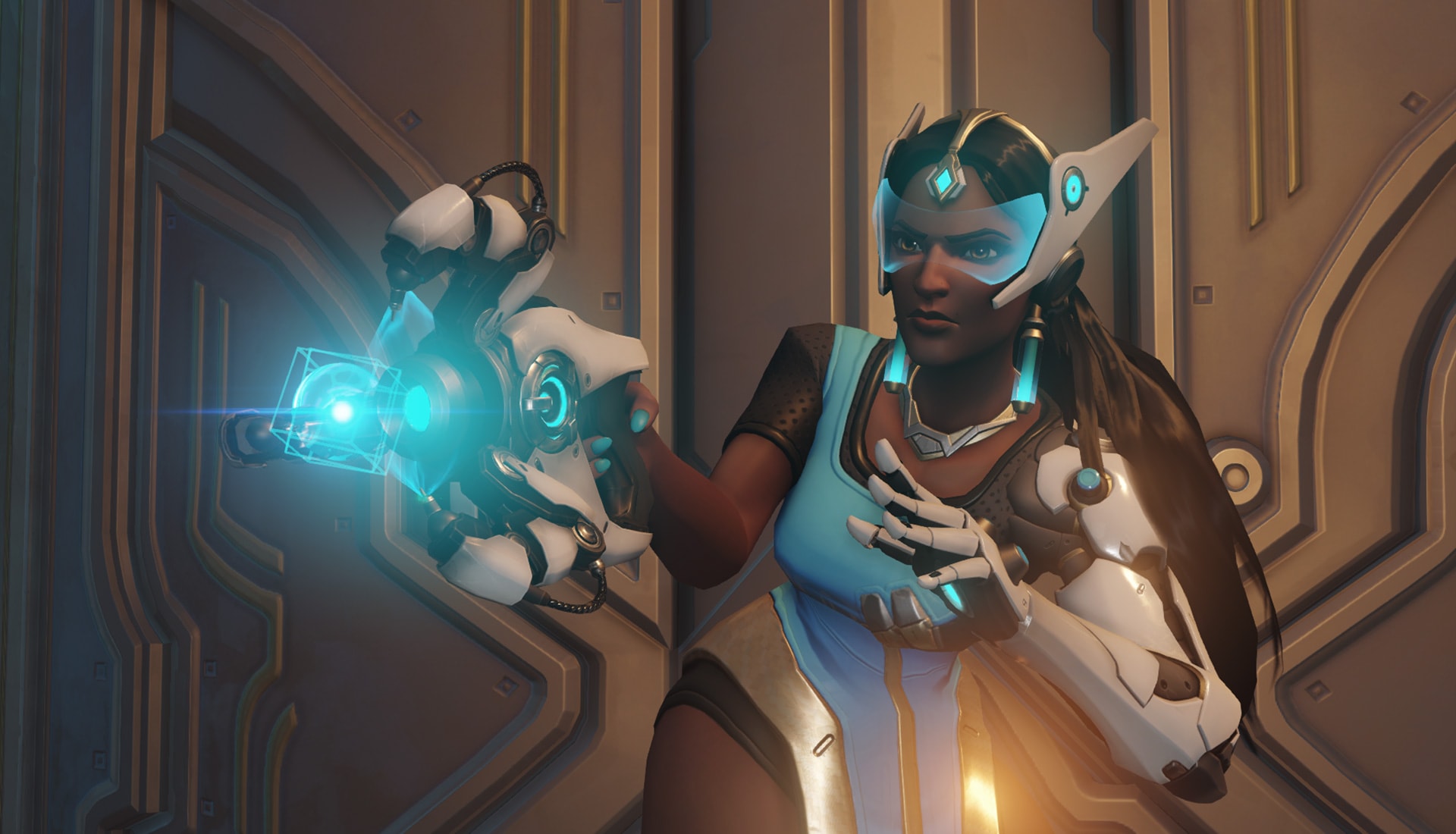 There’s a fine line between inclusion and exploitation. Lucy explained to me more about how vast the spectrum really is. She herself is moderately autistic, but most people (including me, prior to this conversation) didn’t realize she was on the spectrum.

If more voice lines could help autistic players relate to Symmetra, what would they be like? Lucy and I started brainstorming. Her suggestion was that there be some dialogue between Symmetra and other characters, similar to a conversation Winston has in game.

“Someone asks him how he’s doing, and then Winston starts to talk about everything in his day before stopping himself to say ‘oh, that’s not what you meant, is it?'” Lucy noticed. She’d noticed this type of behavior in other people on the spectrum.

Another option would be to have an additional comic illustrating Symmetra’s childhood or adolescence. “Sometimes autistic or Asperger’s spectrum people are kept isolated in therapy or special education courses until they display neurotypical behavior,” Lucy explained. Thus seeing Symmetra in grade school could help players understand her even better.

Lucy further explained how testing out of special education is often very important to those who are mildly or moderately autistic. “If you’re taken out of class every day for special ed along with people who are really debilitated, you’re labeled and bullied.” Clearly, the stigma is truly prevalent, especially to those on the spectrum.

Though speaking to two adults on the spectrum about Symmetra was illuminating, I’m still curious to see how other children feel. The heroes of Overwatch save the world from evil. They’re figures we can look up to. I feel it’s so important to have as many representational characters as we can, so that every player has someone he or she can relate to and admire.

If you’d like to learn more about Autism you can do so at Autism Society.