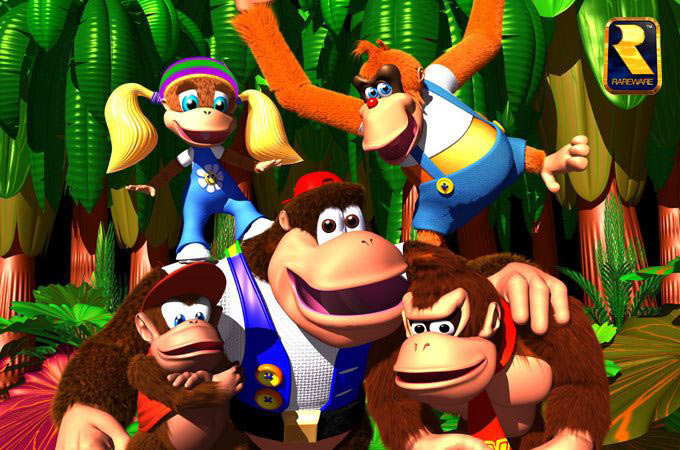 Donkey Kong 64 is one of the most seminal games of the 90s. The collectathon platformer re-cast a former villain in a brand new role as a 3D hero. The title has been unfairly maligned in recent years by rightists seeking to downplay the importance of the Kong family’s struggle. By viewing Donkey Kong 64 through a Marxist interpretation, the game’s position as a masterpiece becomes evident.

Donkey Kong 64 places the player in the shoes of the burgeoning global proletariat movement, represented here by a family of Kongs. Over the course of the game, you’ll fight an array of enemies as clear stand-ins for the demons that the labour movement must slay. Generic minions represent everything from poorly paved roads or electricity providers to Richard Nixon. You’ll also face bigger enemies, like the media, the institutions of worker control, and the ruling class.

You might think that the villain of the piece is King K. Rool. However, it’s not, why would you even think that? Only someone as dumb as Chunky Kong would even say that. No, the villain is the bananas and to a certain extent the makers of the game themselves.

Life, Liberty, and The Pursuit of Bananas 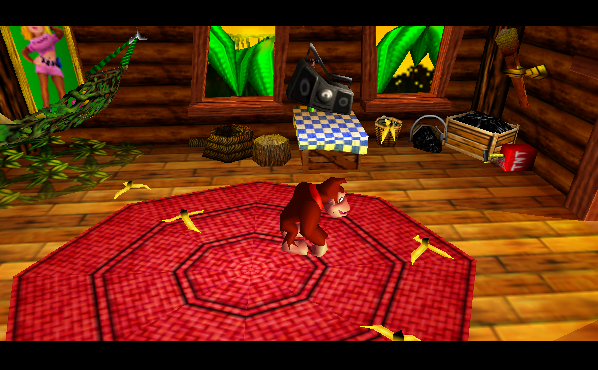 Gameplay in Donkey Kong 64 falls into two categories, stuff that’s actually fun or at least worthwhile, and collecting bananas. In a masterstroke of game design, a different Kong is required to collect each banana. This means even the most mundane of areas will have to be played through five separate times. Over and over again. Is this a minor annoyance? Poor game design? Collectathon decadence run amok?

Symbolically, the bananas in Donkey Kong 64 are the wealth hoarded by the ruling class. The bananas are the carrot that is dangled above the worker’s head. Giving each enough to keep them believing that one day they will get all of them, but making it almost impossible for anyone to actually do it. Just as you’ll never amass enough capital for Mitt Romney to view you as sentient, you will never get enough bananas to able to finish the fucking game and move on with your life.

The quest to amass these bananas consumes every player. It becomes more important than any basic necessity. The exploitation of man and animal becomes a worthwhile price of obtaining more bananas. That’s what Rare wants. Man exploiting man and animal, while they hoard all the bananas.

The global proletariat is represented by the Kongs. Like the worker movement, each has different talents. No man can run an entire command economy by themselves, and not even Chunky Kong (Objectively the best Kong) could collect all of the bananas alone. Donkey Kong 64 uses this division of talents to draw attention to the importance of worker solidarity.

Each banana is only obtainable by a specific Kong. This begins in a reasonable sort of way, a banana that only one Kong can reach is only for them. However, it soon escalates until the game is unplayable and irritating. This is how Donkey Kong 64 demonstrates the need for greater class consciousness. The ruling class hoards its banana wealth. Each Kong is too busy trying to obtain wealth for themselves to realise that they are all needed to actually achieve real change. While you switch characters to gain a mesely scrap of banana, the fat cats over at Rare count swim in peels at their decadent banana parties.

In order for the Kongs to take back control, they would have to work together. This is physically impossible in the game. Rare have only given you control of one Kong at a time, clearly in a vain attempt to keep all those bananas for themselves. Their greed knows no bounds.

Players are not even given the option of playing as an amalgamation of all the Kongs. Just as the ruling class works to divide the proletariat, Rare ensures that players can’t combine all of the Kongs into a 20-limbed-mutant-super-Kong, ensuring players spend their days fruitlessly switching characters until the brief loading time drives them to madness.

The final stage of Donkey Kong 64 forces the player to progress through a Donkey Kong arcade game, and then do a jetpack minigame, and then beat the actual boss. Much like life under capitalism, it takes forever and stops being fun about a fifth of the way through.

These ridiculous ongoing stages represent the barriers that are assembled in a vain attempt to keep the proletariat from overthrowing their oppressors/getting some bananas. The arcade game represents the utilities of state, rigged to prevent radicals away from power. Something that old has to be right, or at least that’s the opinion of the capitalist pigs over at Rare.

Following this, you take on a jetpack minigame. This is the ballot box. Just as you must pointlessly collect points so must any candidate trying to achieve change through a democratic system. This minigame feeling like trying to win votes while being asked stupid off-topic questions like “What About the Economy?”, or “It’s a Two Party System, aren’t you splitting the progressive Vote?” or “Stop knocking on my door and screaming about Donkey Kong, there isn’t even an election for a few more years.”.

In the end, the only solution to Donkey Kong 64’s gauntlet is to take matters into your own hands. The cartridge goads you into it. You have to take the cartridge out of the system, smash, and bury it. Then never speak of Donkey Kong 64ever again. Talking about it is just what Rare wants you to do. Bury the fucker and go start a banana farm.