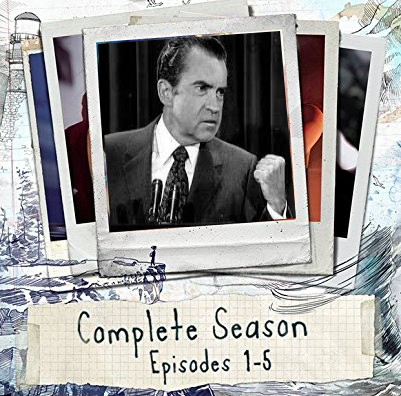 We all have our favourite Nixon themed Video Games. Developers have long embraced the one thing, no matter our political affiliation, we can all agree on – that Richard Nixon’s inclusion makes for a good game. The Republican President’s appearances help to break the liberal stronghold over gaming culture.

We each have our favourite Nixon moments, so this has to be a personal list. These are the Five Moments that sum up this historic figure’s colossal contribution, spanning the breath of his inclusion in games. 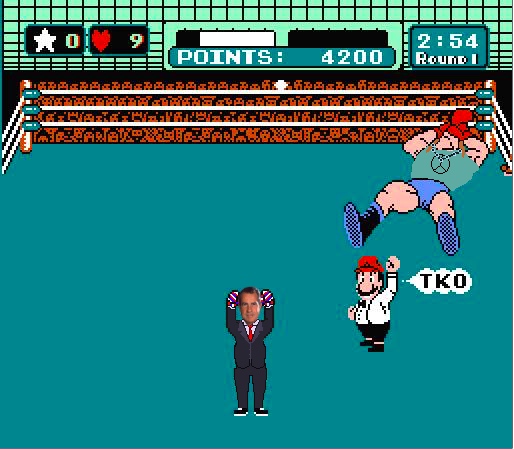 Who doesn’t remember those early gaming memories? Playing as Nixon we punched up various prosecutors, senators and hippies over and over again until they finally shut up and stopped moving. What makes this game stand out among the thousands is that the developers went to the trouble of making different character models for different ages. It’s a touch that you really have to appreciate. We each have our favourite Nixon’s. Some like young Naval Nixon, others go for elder statesman. Personally I always went for 1973 Nixon, so sweat drenched and nervous. Such fond memories of beating hippies until his rage had subsided.

The Apprentice: The Video Game 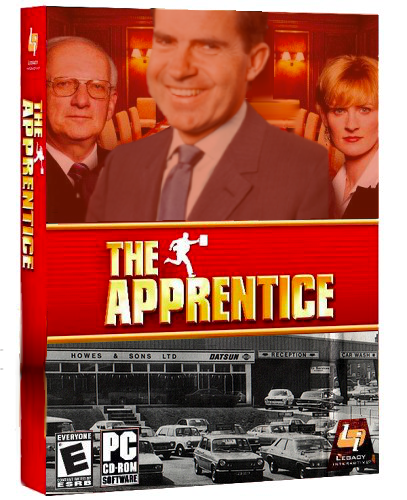 Few people remember Tricky Dickey’s brief run as the host of the Apprentice. However, it’s spawned one of the best Nixon Video Gaming Moments. As Nixon stepped in to host the Sixth Season, a tie in game was released to cash in on the Nixon effect. This meant we all got to experience the joy of trying to win a spot working at Nixon’s used car dealership. The challenges were hard. We all spent many sleepless nights convincing the Chinese to stop using slave labour, strangling journalists who got too close to the truth, and spitting into salt shakers at restaurants that had slighted Nixon in some way. It was all worth it to get that victory sequence, standing side by side with Nixon selling old Sedans. 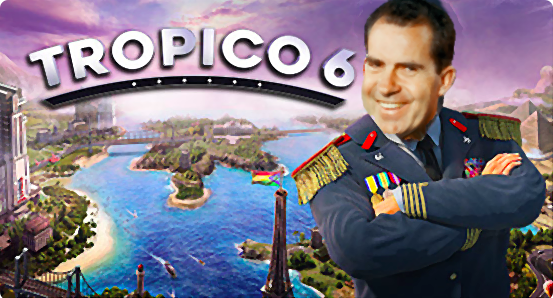 The Tropico series throws satirical light on banana republics, thankfully this instalment took a serious tone. Developers respectfully decided that it would be in bad taste to make jokes about Nixon. After they received his letter threatening to sneak into their homes and spit into their salt shakers, they removed all humour from the game. This city manager saw you managing Nixonland, the island Nixon bought to govern in his retirement. In the name of being respectful, the option to mess up in any way has been removed. Nixon was a benevolent and brilliant ruler so making mistakes would make the game unrealistic. This makes it the best Nixon option for a relaxing game. 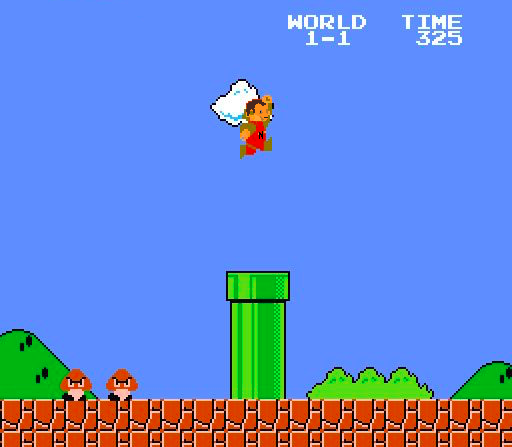 Fun platformer, but to be honest they were probably re-skinning an existing game. Lazy really. Shoddy work, but it’s important we acknowledge how much Nixon shovel-ware there is in the world. A little effort has to be put into your Nixon based video games. Companies see the Nixon crowd, and they know these loyalists will buy anything with his face on it. This particularly brazen shovelware died off in the early 200s, but seems to be coming back. The Indie Game boom has lead to thousands of small developers creating niche Nixon games. Some are fantastic but many are lazy cash ins on everybody’s favourite lovable rogue. These developers should learn the lesson of Nintendo and Super Nixon Bros, handle it wrong and you’ll end up with spit all up in your salt shakers.

Who could forget this classic tale of discovering sexuality with a chance encounter with a time travelling Nixon? This game still has a rabid fan base and its easy to see why. Playing as Nixon you find yourself thrown back through time and attending a photography course at College.

A chance encounter with a hippie in the bathroom leads to you being accused of murder. Of course the only way to solve the problem is to begin a relationship with a young high-school dropout. Together you beat and frame the real killer. After you’ve spat in the salt shakers of everyone whose wronged you or given you a weird look. You pin the blame on that lousy hippie for the numerous other crimes that seem to have occurred since Nixon appeared. Everywhere Nixon goes there seems to be a trial of beatings, theft, wiretapping, extortion and petty nuisance incidents at restaurants. As you uncover why this is the case, you learn a lot about coming of age and the genuine menace that hippies, reporters and other politicians are to our society.

The game builds to one of the most unforgettable moments in Gaming History, as Nixon uses his new time Travel powers to relive his presidency. You re-do the entire span without changing a thing, except for spitting in the salt shakers of Woodward and Bernstein.

How about you? What are your favourite Richard Nixon gaming moments?