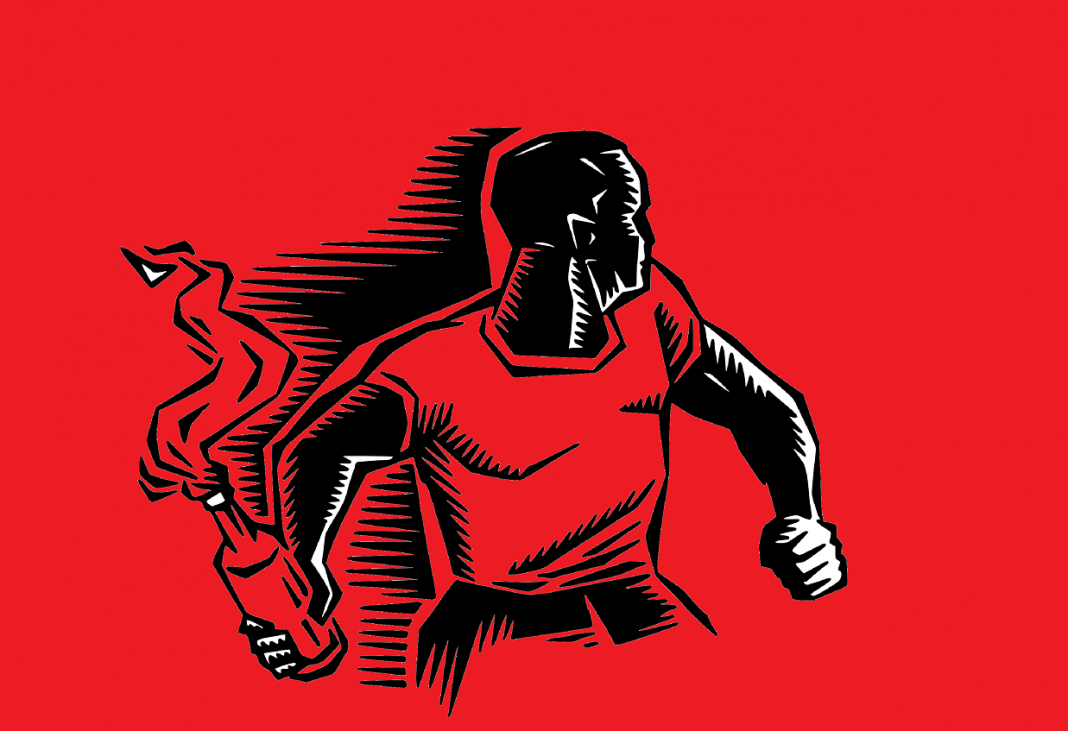 In Sediment, the new exploration game from prolific leftist dev, Colestia, capitalism is presented as a literal pyramid scheme.

It’s almost impossible to talk about Sediment without spoiling it, but it’s free, worth playing and only about 10 minutes long. If you think you might want to check it out, play it on your lunch break, and then come back and read it later.

Sediment begins in an open-air boardroom, situated at the top of an Incan pyramid of white cubes. Blocky figures in black ties sit around a conference table, each with a coffee cup. A globe with pale blue waters and chocolatey maroon continents floats before them. Float to the far side of this plateau and you’ll find that maroon and gray veins extend downward into the pyramid. 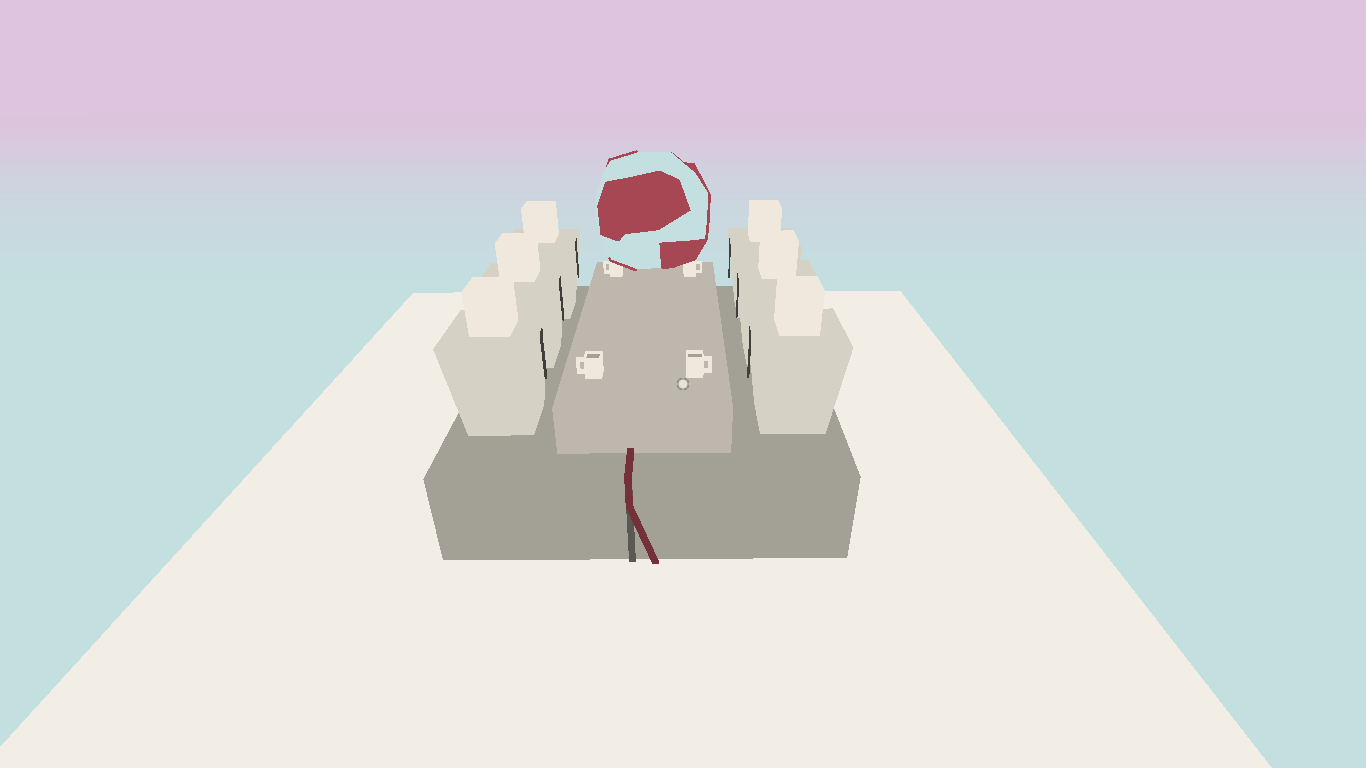 To trace these veins to their source, you’ll need to excavate the pyramid, exhuming the dark catacombs beneath. This is the bulk of the game. Click on blocks, and they disappear—Minecraft-style. This is an art installation that could only work in an interactive medium. As Michelangelo, probably apocryphally, said, “Every block of stone has a statue inside it and it is the task of the sculptor to discover it.” In Sediment, the sculpture you discover is the evils of capitalism.

As you do, you’ll find the roots and consequences of the scene above: the gray and maroon veins criss-cross and then converge, forming a sewage pipe that’s causing death and fiery destruction below; an assembly line manned by machines is creating the coffee cups; a larger body of the globe’s pale blue water surrounds the pyramid.

That water becomes especially significant as the 10 minutes comes to a close. As the blocks disappear, they’ll reveal a few interactive objects. A boat’s oars become the wooden frame of a guillotine. A guard’s knife becomes the instrument of death’s blade. A bird, killed by pollution, rises from the dead and ascends to preside over the execution. 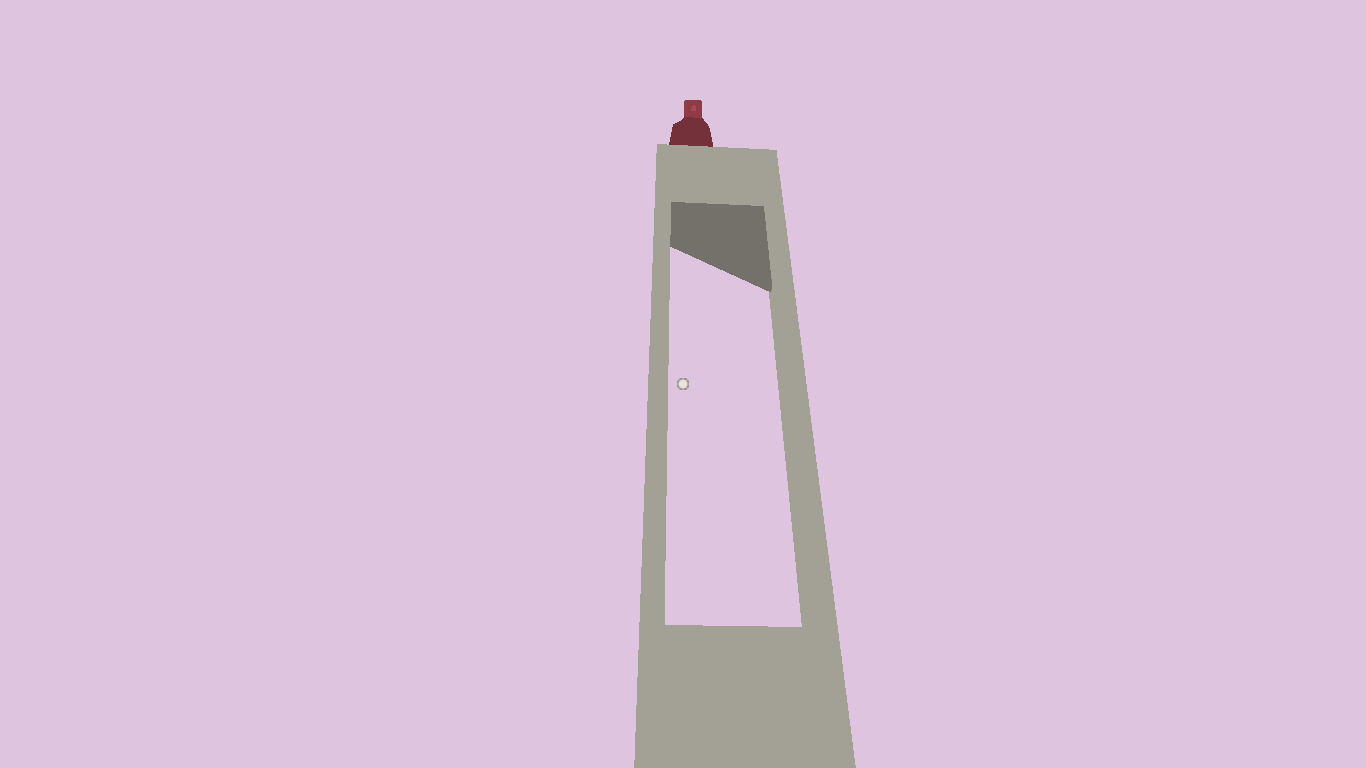 “Woah, kill the rich,” I thought. “This game is radical.”

And then, Sediment, invites me to let the blade fall. When it does, it doesn’t kill the rich. The waters begin to rise, killing the workers at the bottom of the pyramid and the rich at the top alike.

At times it seems that Sediment may bite off more than it can chew. The fossilized vignettes that digging reveals seem to tackle every American ill: corruption in the criminal justice system, pollution, climate change, the effects of automation on workers, prison labor, racism, health care, the one percent and the American Dream (there’s even a white picket fence). However, Sediment successfully shows that while the disparate issues confronting America and the rest of the world may be distinct, they aren’t unrelated. They’re all a part of the same installation; part of one sculpture we discover.