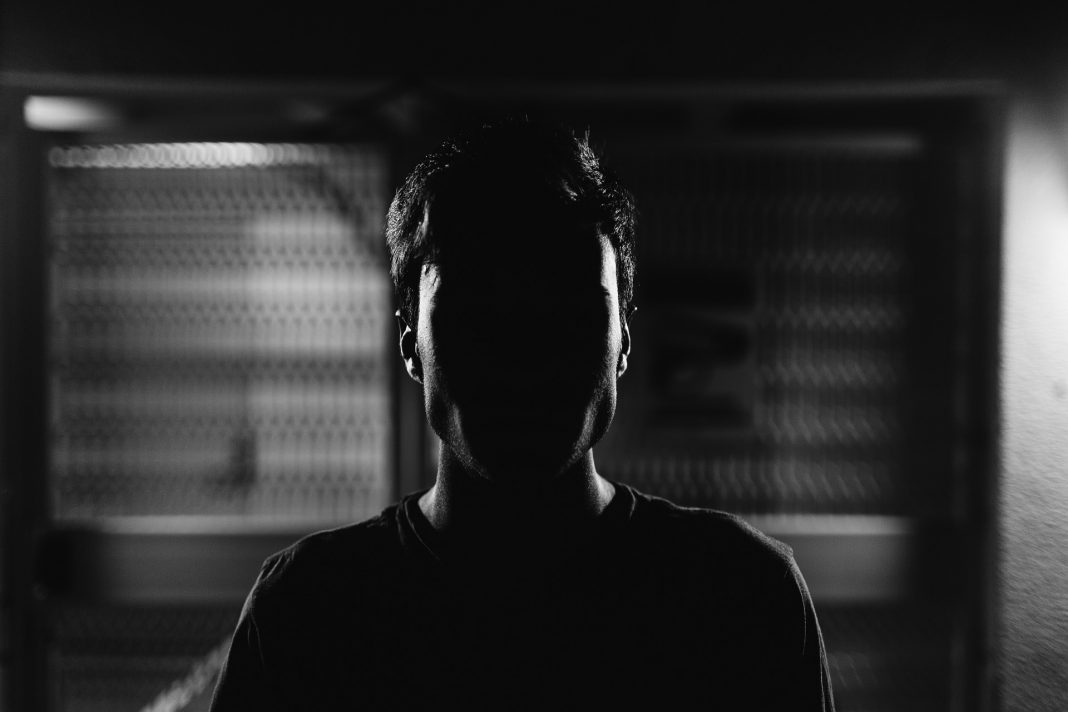 Colestia presents as a monolith. The profile picture that the Canberra-based dev uses for Twitter and Itch.io is a multifaceted stone pillar against a white background; imposing and mysterious.

But, in reality, Colestia is just a dude.

He’s a hard working one, though. A recent college graduate and Australian, David Cribb, the man-behind-the-monolith has spent the past three years making games that range from cynical to hopeful, and aim to instantiate Marxist theory in polygons and menus.

We recently had the opportunity to speak with Cribb, via email. He told us about the process that has allowed him to release 12 games in three years (hint: lots of sticky notes), the books that formed his worldview and the space for radical politics in gaming— even in AAA.

New Normative: Did you grow up in Australia? How has your upbringing affected the games you create?

David Cribb: I did mostly grow up in Australia. Probably the most direct influence is the fact that Canberra’s a pretty small city, and it doesn’t have much of a game development scene. That’s meant that almost all of my game design experience has been online – even most of my friends didn’t really know about it until a year or two in.

What’s the story of how you became a self-described “radical leftist”?

I’d say I was broadly on the left from when I started really thinking about politics in high school (although I’m ashamed to admit I had a bit of a right-libertarian phase at one point). I think my politics became more radical around my second year of university, particularly after reading Society of the Spectacle and Capital: Volume 1. That was also about the time when I started going to lots of reading groups with like-minded people (and started releasing games).

What were the ideas in those books that you found captivating?

Well Capital is pretty much the foundational text for a Marxist account/critique of capitalism, so there’s an awful lot in there. One thing which really struck me on my first reading was Marx’s description of capitalism’s tendencies towards crisis. I basically made Crisis Theory because I wanted to solidify my understanding of those arguments. These days I find other parts of Capital more compelling, although not because I think the crisis theories are wrong. I just think that by itself, the claim that capitalism tends towards crisis doesn’t give you a moral/political critique of capitalism.

Society of the Spectacle is the same, in the sense that there’s an awful lot that’s influenced me but also a lot I’ve changed my views on. The thing which stuck out to me at first was the argument that capitalism is reproduced through the architecture of the city. That idea was pretty much the basis for New Lethes, and it’s probably why a lot of my games are focused on urban form.

Why did you decide to not follow the conventional wisdom of “keeping your politics out of your games”?

It wasn’t really a conscious decision at first – I was basically spending all of my time reading/thinking about left politics, so most of my game ideas were also political. But it was also definitely inspiring to see that there were already other people making overtly left-wing games (e.g. Molleindustria).

In what way are your games a critique of Australian politics, specifically, and capitalism more generally?

The only game I’ve made which is explicitly focused on Australia is about an unsolved murder from the 1940s (so not very political…). Having said that, the capitalism I represent in my games is probably closer to the late capitalist politics of Australia than anywhere else.

You do everything in the development of your games. Do you have a specialty? Coding, art, design?

Well, my programming is pretty atrocious, and I feel like my art design is only improving very gradually. But I guess one thing which I’ve tried to do across a lot of my games is translating the broader game themes into little environmental details. For example, in A Night in Nowhere, I wanted the entire game-world to be organised around the tower in the centre; so I mirrored the geometry of the central tower throughout the game, in plants, lights, and piles of rubbish. Or in New Lethes, I wanted to suggest that there was some sort of cosmic ordering of the city architecture; so, if you take a map of the city and try drawing lines between different buildings/monuments, they all intersect at plot-relevant points. Might not be that noticeable, but hopefully helps build the mood.

What do you hope your games accomplish?

In the broadest sense, I feel that it’s worthwhile having radical left content wherever possible. Beyond that, my goals have changed a fair bit over time. A lot of my earlier games were meant to be left-wing critiques of video games, showing how gaming reproduces capitalist ideologies of meritocracy, power etc. But now I feel as though that kind of negative critique has a pretty limited purpose – most people understand that there’s a lot wrong with the world, so critique by itself ends up being redundant and pessimistic. With my newer games I’ve tried to link critique with more positive accounts of leftist politics. With Post/Capitalism I was trying to present the broad strokes of a positive socialist program; with Daydreams in Red I was putting forward a much smaller utopian vision. Basically I’m trying to make people optimistic about the possibilities of a radical left future.

I think that’s easiest to talk about in the context of my games, because I’ve spent a fair while working on utopian projects and thinking about how to represent utopias. As I said before, I think it’s important for the radical left to not just critique present society, but also put forward visions of a better future. On the other hand, utopianism has a pretty awful reputation in socialist thought. Marx famously argued that utopian socialism was both idealist (disconnected from the world as it is) and technocratic (because it assumed that a future society could be designed by intellectuals, rather than produced through collective struggle).

I’ve tried a couple of strategies for putting forward utopian ideas while avoiding those problems. In Post/Capitalism I tried to ground my description of a socialist future in a critique of the world as it exists, while also only describing the broadest contours of that future. I kind of went the other direction in Daydreams in Red, showing a very localized utopia that couldn’t be read as a strict political program. So yeah, at the moment those two games are broadly how I think about utopia.

Why did you choose Itch.io as your sole platform?

Again, putting my games on itch.io was a pretty arbitrary choice at first, and it’s my sole platform today mainly out of convenience. But there’s also a lot to like about itch.io compared with platforms like Steam. There’s no monetary barrier to entry and you can set the revenue share that goes to the website (by default it’s about a third of many other platforms). They also actively remove hate speech, are pretty liberal with sexual content, and actually make it possible to find weird little experimental projects.

What are your hobbies outside of game dev? What’s your day job?

I recently graduated, so at the moment I’m working on new games and reading things I’ve meant to read for a while.

Over the course of the past three years you’ve been pretty prolific. Do you have processes in place that allow you to work quickly?

In a really practical sense, I organize my game development by having a massive number of little sticky notes representing discrete tasks (e.g. add a crosshair, add a pause menu). In the earlier stages of a project that’s more a way of keeping track of ideas. As development goes on and I’m getting sick of an idea, I’ll usually just pick a release date, and then work out ‘okay, I need to do 3 sticky-notes per day to have it ready by that date’. 90% of the time I’ll miss that release date, but by that stage I’ll be so mentally done with a project that I’ll just release things even if I’m not entirely happy with them.

In Sediment, I found the process of uncovering the scene underneath the white blocks very compelling. Where did the idea for casting the player as excavator come from?

I’d been thinking on-and-off for probably a year or so about how to represent a leftist understanding of historical violence, but I hadn’t really found anything I liked. Then I was watching Mark Brown’s video on ‘The World Design of Dark Souls‘, and there’s a line where he talks about how the verticality of the world design really gives a sense of history, of stuff being built on top of earlier societies. I thought that was such a clever insight, and that gave me the idea of laying out these histories of modernity vertically and having the player literally excavate their way down.

How long did Sediment take to make?

The general theme/concept of the game had been floating around in my head for quite a while, probably more than a year. But I started the actual development just after releasing Daydreams in Red, so that stage took about a month and a half.

What’s your dream game? If you had unlimited time and budget, what would you create?

Oof – that’s a tough question. To be honest, I don’t really think much about a completely new ‘dream game’ – I more often fantasize about what I’d do if I got to make a sequel / expansion to whatever AAA game I’m playing. So I’ve got no shortage of ideas about how you’d put radical politics into a Ubisoft sandbox or a Bethesda RPG!

Speaking of, what do you think of the apolitical stance that companies like Ubisoft have taken towards games—like Far Cry 5 and The Division 2— that are, on the face of it, dealing with very political subject matter? Is it inevitable that games that are that expensive to make will keep skirting real issues for fear of alienating one side of the aisle? Or, do you think there’s a more politically potent future for AAA?

I definitely agree that games like The Division have a pretty toxic politics, regardless of what their publishers claim. I guess the upside is that they often lead to some of the most incisive games criticism, because they’re such condensed forms of reactionary politics.

And I don’t think it’s entirely inevitable – I’m always reminded of a great article about the radical undertones of the original Assassin’s Creed. But who knows what the future will hold.

One last thing: where did the name Colestia come from?

Oh, I just picked [it] out of a book sitting on my desk, but for the life of me I can’t remember what it was.

We don’t know what the future of AAA will look like. But, with creators like Cribb continuing to work prolifically, the future of indie is bright.

After all, Colestia is just one dude.