In 2012 Anita Sarkeesian raised over $150,000 on Kickstarter to fund Tropes vs. Women, a video series aiming to tackle the many tropes attached to female characters in video games. Possibly one of the most divisive projects in crowdfunding history (second only to the ultimate potato salad), plenty of gamers have plenty to say on Tropes vs. Women and the overall Feminist Frequency group.

But why are people so split?

To start with there are the chest-beating, bleating cavemen. Those who think that women gaining the right to vote is an an ugly blot in history, that the fight for equal pay is an evil conspiracy and that women should be in the kitchen making sandwiches instead of feminist critiques about gaming.

The worst of their kind have harassed Sarkeesian and her colleagues to no end, including death threats and hoax bomb plots. The reason for their vitriol is pure misogyny and if you were wondering why the comments sections on all of Feminist Frequency’s videos are locked, well, you found it.

A less hostile group of Feminist Frequency anti’s are those who take a ‘no flies in my ointment’ attitude towards the group’s work. There’s no doxxing from this lot but there is a strong belief that politics and ideals (even those that just support equal respect and treatment of women) have no place in gaming.

There’s a fear that bubbles under the surface; that by picking apart the tropes and glaring issues of female representation in games, heavy censorship will occur. There are also concerns that they’ll simply be able to ‘unsee’ all of the garbage levelled at women and female characters, preventing them from enjoying the game.

A total opposite to these are those who champion Feminist Frequency’s videos, praying that some day all games will make an effort to Get It Right.

From the ridiculousness of lingerie armour to the ‘difficulty’ of animating female characters, there’s no shortage of eye-roll worthy crap and this group hopes that one day the tropes detailed in the series will seem like a blast from the past rather than the present reality. 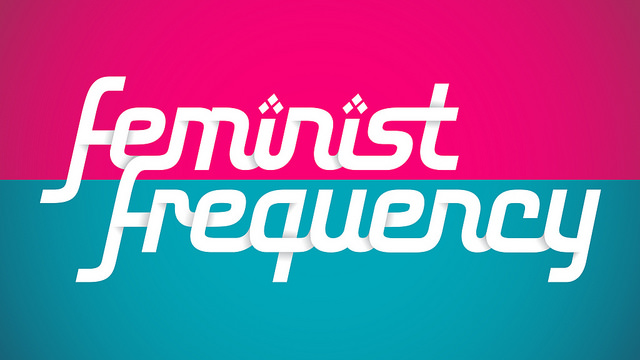 And finally, you have the most interesting group of all. There are progressives who support Feminist Frequency (and the Tropes vs. Women series) in theory but have plenty of issues with them.

These are the gamers who point out pieces such as Feminist Frequency’s analysis of female protagonists at E3 2016, noting that their work left out consideration of how these female characters were being presented and instead focused on the numbers and also did not take into account games with female characters being shown at the event, although they hadn’t featured in press conferences.

These are the folks that feel that videos such as this aren’t nuanced enough and leave out critical examples.

No, the organisation can’t be perfect, they say, but Feminist Frequency is plenty problematic.

So, looking at several sides of the debate, is Feminist Frequency progressive friend or foe? In my personal opinion it has been more of the former.

Tropes vs. Women is an invaluable tool when it comes to awareness as even gamers staunchly in support of feminism may not be conscious of tropes such as ‘Women as Reward’. In fact, Feminist Frequency’s other critiques, including its scathing review of Deus Ex: Human Revolution, are well thought out and conversation-provoking, no matter which side of the debate that you’re on.

Admittedly Feminist Frequency’s work runs the risk of being too polarising to foster conversation, but it doesn’t exist to show both sides of the argument, which is why opinions on its content have been so strong. Yes, gamers remain fragmented but the fact that it has the entire games industry talking about the issues feels like some kind of victory for all of us.