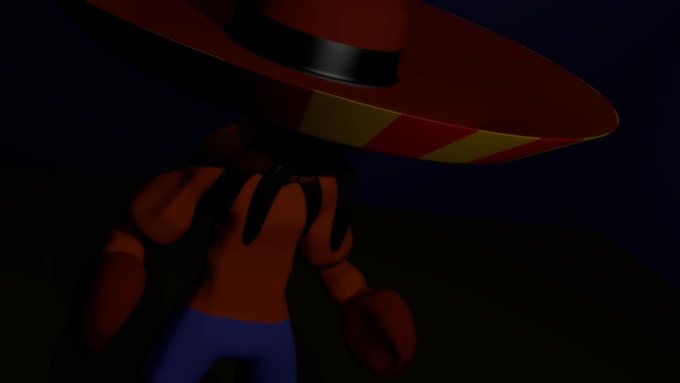 Whenever a developer feels the need to open their crowdfunding campaign with a disclaimer stating neither they nor their game is racist, it should be an obvious sign that maybe they should rethink their entire project. Yet far too often, a developer throws caution to the wind and goes marching forward anyway. Such is the case with Wombat Express Gaming and their Kickstarter campaign for The Wall.

If you’re an American or even the least bit current with the news, you can probably guess what this game is. You play as the US Border Patrol, and have to shoot stereotypical Mexican immigrants trying to cross the US/Mexico border. It’s a cheap, lazy, and indeed racist idea, but that’s where the disclaimer is here to save the day! 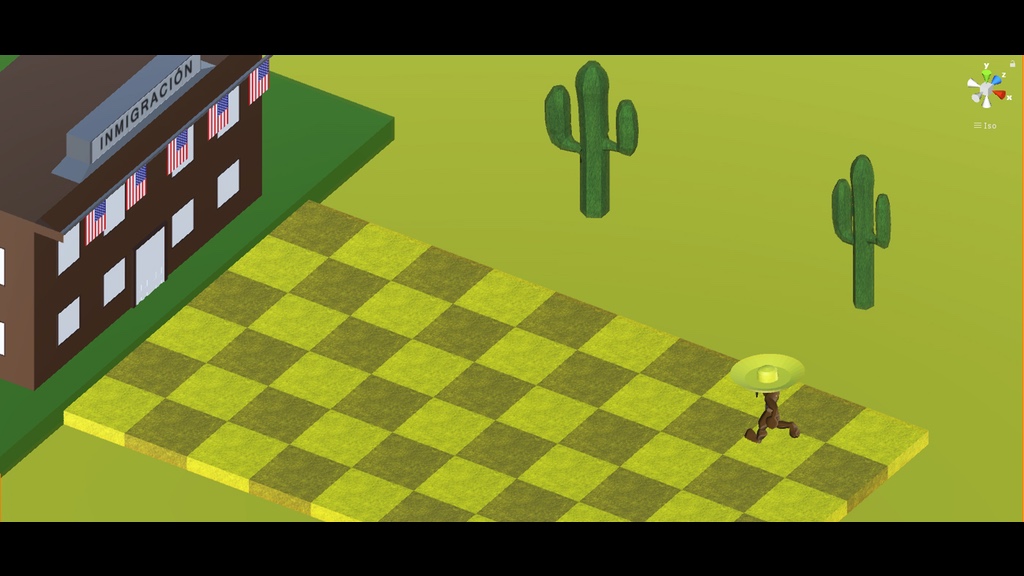 “This game is in no way intended to be racist or anti-immigration. We do not support hate or discrimination against people of any kind. We are immigrants ourselves. This game is merely thematic and is not meant to convey any messages of hate. No immigrants were harmed during the making of this game as all border patrol agents were using rubber bullets.”

See? They didn’t mean for this to be racist, and no immigrants were harmed because everyone uses rubber bullets, see? That makes the clichéd sombrero and pancho wearing, shadowy brown people okay to shoot, because they’re rubber bullets, and the people who made this are immigrants themselves!

Let’s drop the sarcasm, shall we? Wombat Express Gaming is a group of two people working in Australia and Japan. Neither of those nations elected a president who ran on a platform of building a wall along their border and claiming they were going to force their neighbor to pay for it. Neither of those countries have turned their immigration agents into a military police force arresting parents when dropping their kids off at school, and arresting victims of domestic violence as they step out of court. 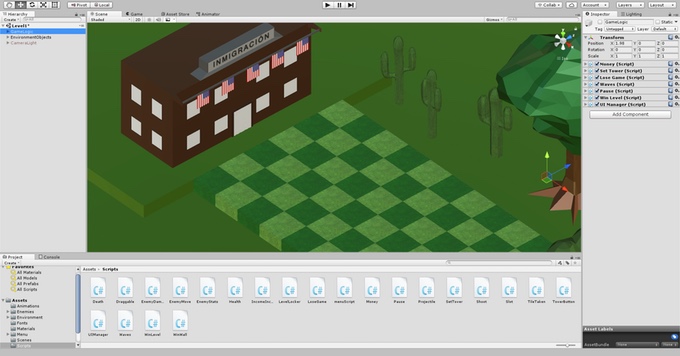 The Wall is absolutely racist trash, and beyond that its Kickstarter campaign is not one to encourage confidence anyway. The game consists of basic assets, and has what appears to be dull and uninspiring gameplay. The campaign page even goes so far as to point to Plants vs. Zombies to describe it. But what really seals the deal is the pitch video. It uses audio from a Donald Trump rally, claiming to make America #1 again.

This is either a weak attempt at trolling, or some kids trying to get down with some dank memes, bro. Under normal circumstances, it’s not worth getting angry about. But for the last year or so, “normal” isn’t a word anybody would use to describe the world we live in today.

There isn’t even a wall, just a weird building with American flags on it. Is this what a Great America looks like?