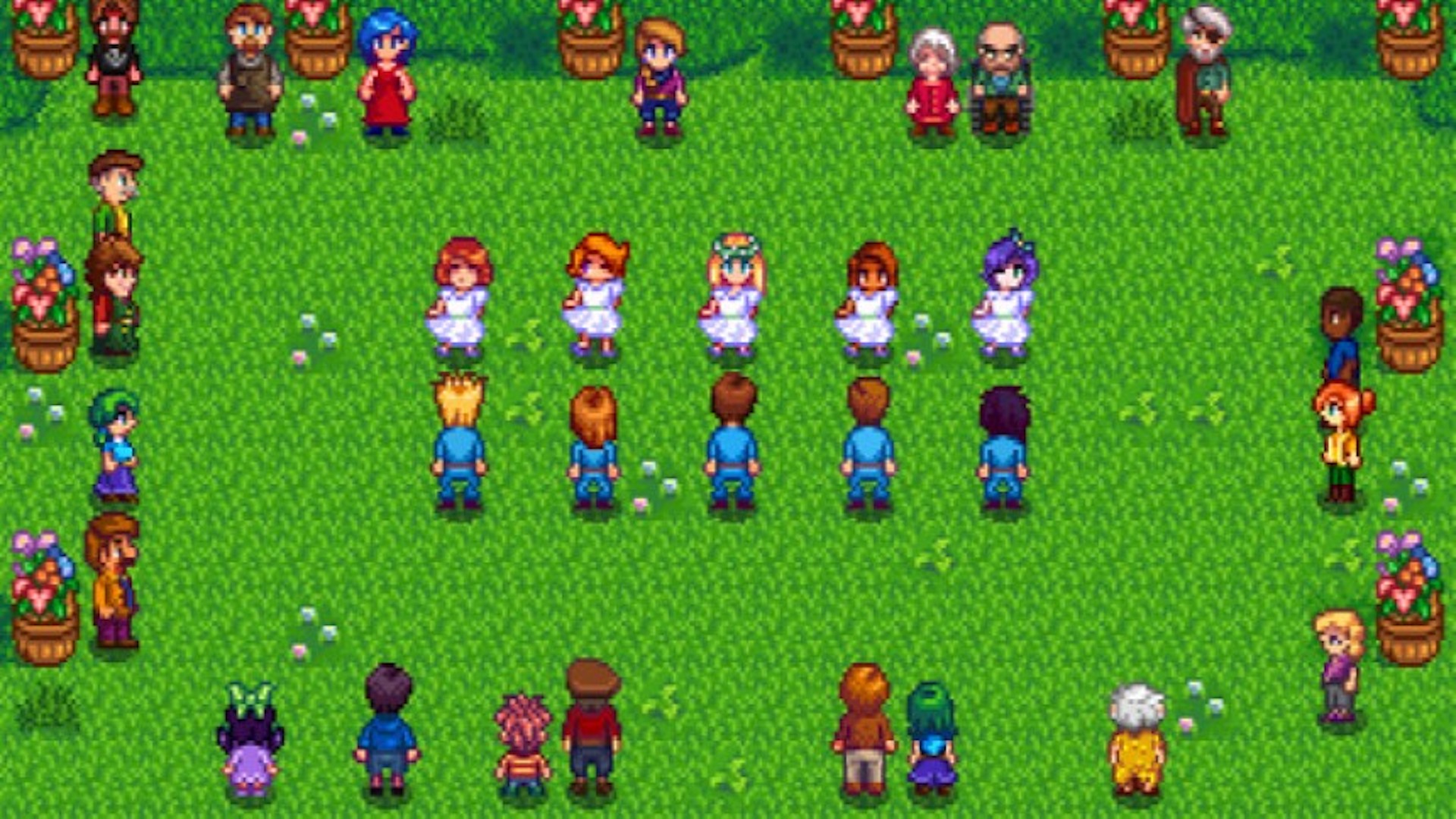 Abigail’s plotline in Stardew Valley begins rather innocuously. Abigail is nice and quirky. As you befriend her you play video games together, and play instruments in the afternoon rain. She’s never written as mean or controlling in these scenes. She’s painted as the edgy 20-year-old at odds with her parents. She’s, initially, an interesting character to get to know. In a recent save file, I decided that I would give her storyline a go and, being my naturally impatient self, I looked online to see what her dialogue was like. This is when I discovered Stardew Valley has an Abagail problem.

I first became aware of the issue when I was looking at her post-marriage dialogue. The first clue I got was from a line she says if you give one of the other bachelorettes a present. It reads, “I heard you secretly gave [bachelorette’s name] a gift, do I need to feel jealous?” The second issue came in the form of a line where she says, “I wonder if we’ll live here our entire lives? I might get bored.” Finally, the last, and most devastating, “I wonder if I could’ve done better… I was very good friends with Sebastian before we met. He was probably the one…”

While this isn’t a long list, Abigail’s lines contain more instances of projecting her insecurity onto you, controlling who you talk to, or insinuating she’ll leave you than any other bachelorette’s (you can check if you want to.) The fact that she is the only character to have a line as cruel as saying she wished she had married someone else, should be proof enough that Abigail is written as uniquely abusive.

It Could Have Been Handled Better

If that wasn’t bad enough, within the game, this is framed as acceptable. But, it’s not. A partner should never emotionally manipulate their match and Stardew Valley does nothing to show that Abigail’s behavior is based in harmful relationship practices. If the game were to be introspective about Abigail’s treatment of her partner or give the player an option to call her out, this could have been a different conversation. But it doesn’t. This is unfortunate because Stardew Valley has been hailed as a socially aware game, and yet, it goes so very wrong with one of its core characters.

All information for this article was collected via Ribbons and Star’s Master Post on post-Marriage dialogue the Stardew Valley Wiki and verified by me.