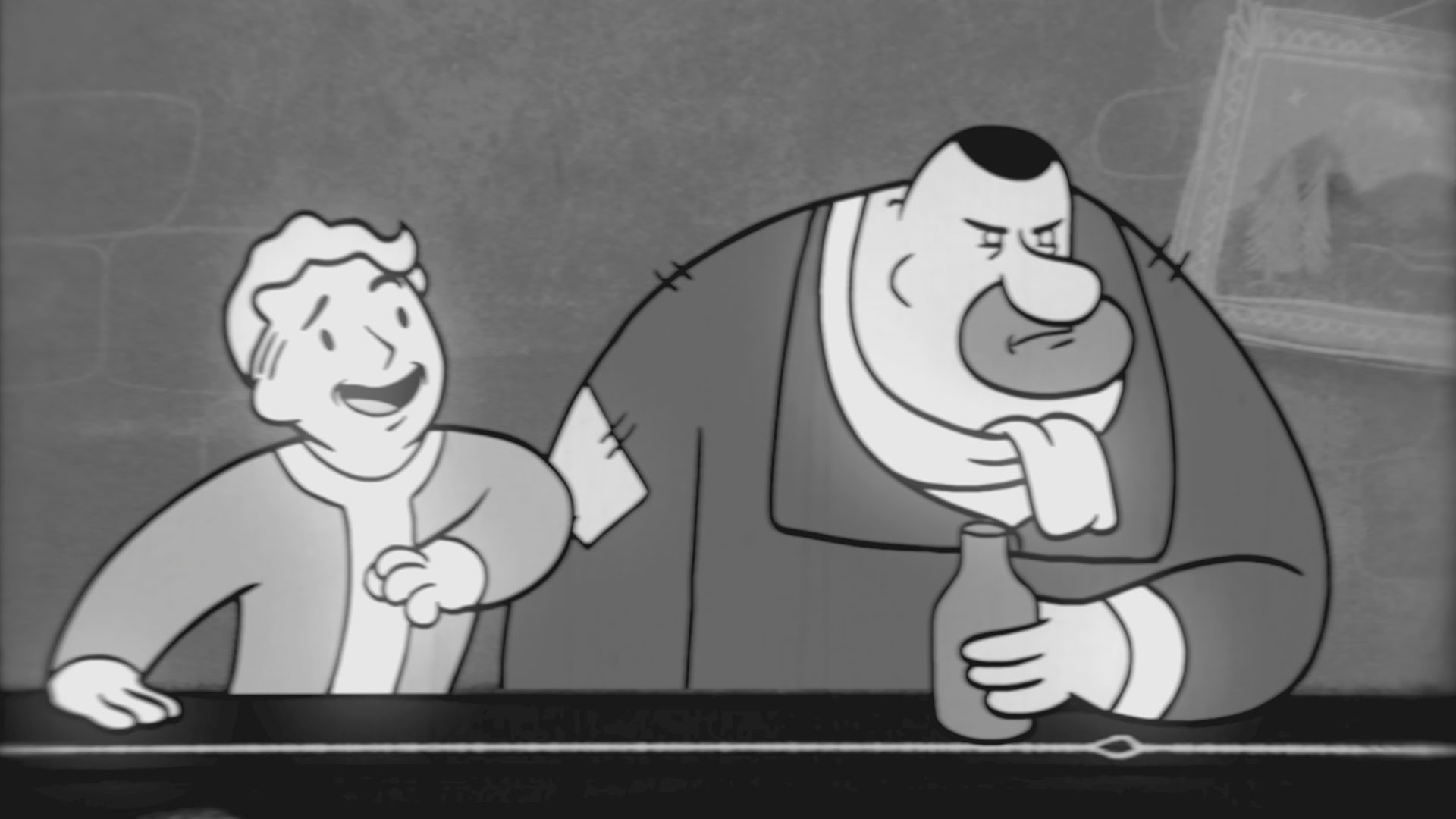 Fallout 5 rumours have been few and far between this year, but that hasn’t stopped me from shuddering with Super Mutant rage every time I remember what Bethesda did to the once inimitable post- apocalyptic RPG series with Fallout 4. While most of us remember the expansive, non linear quest lines, the agonising moral choices, and the robust character customisation, what Fallout seems to mean to Bethesda is shooting things to swing music. Also, there’s a dog in there somewhere. Fear not though! I’m pretty confident my opinions have the power to sway development in the direction I personally want it to, so here’s five genius suggestions for the next Fallout that Bethesda now owes me money for. 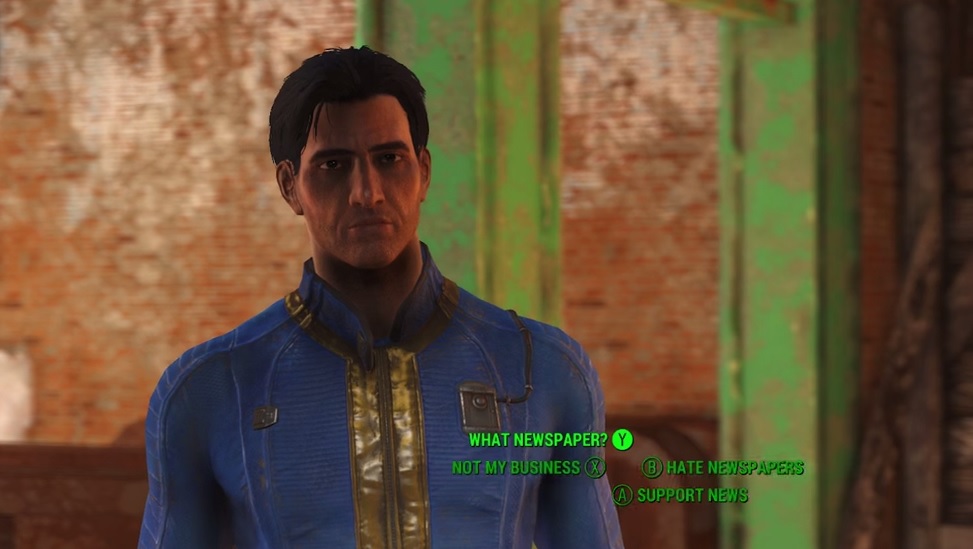 It’s pretty well established at this point that Fallout 4‘s dialogue wheel was a reductive, bland mess. Still, I’m a open minded guy, so I’ll let you choose a complaint:

Every day I wake up in this flabby, pale meat sack. I eat fruit and do yoga so I don’t collapse in the middle of some other super important millennial shit like spreading avocado on the corpses of service industries I had a personal hand in destroying. I drink roughly fourteen thousand mugs of coffee so I can pry my drooping eyelids open long enough to see my own reflection in the mirror and when I do I cry bitter, salty tears. At day’s end, exhausted with the world, I collapse into my chair and turn on my console. Please, please don’t make be a human again. I am a human all the time. Seriously: the Fallout universe has a complicated social hierarchy of outcasts to choose from, and I would like to experience the wasteland from their point of view. That, or let me be a Deathclaw named Snuggles. 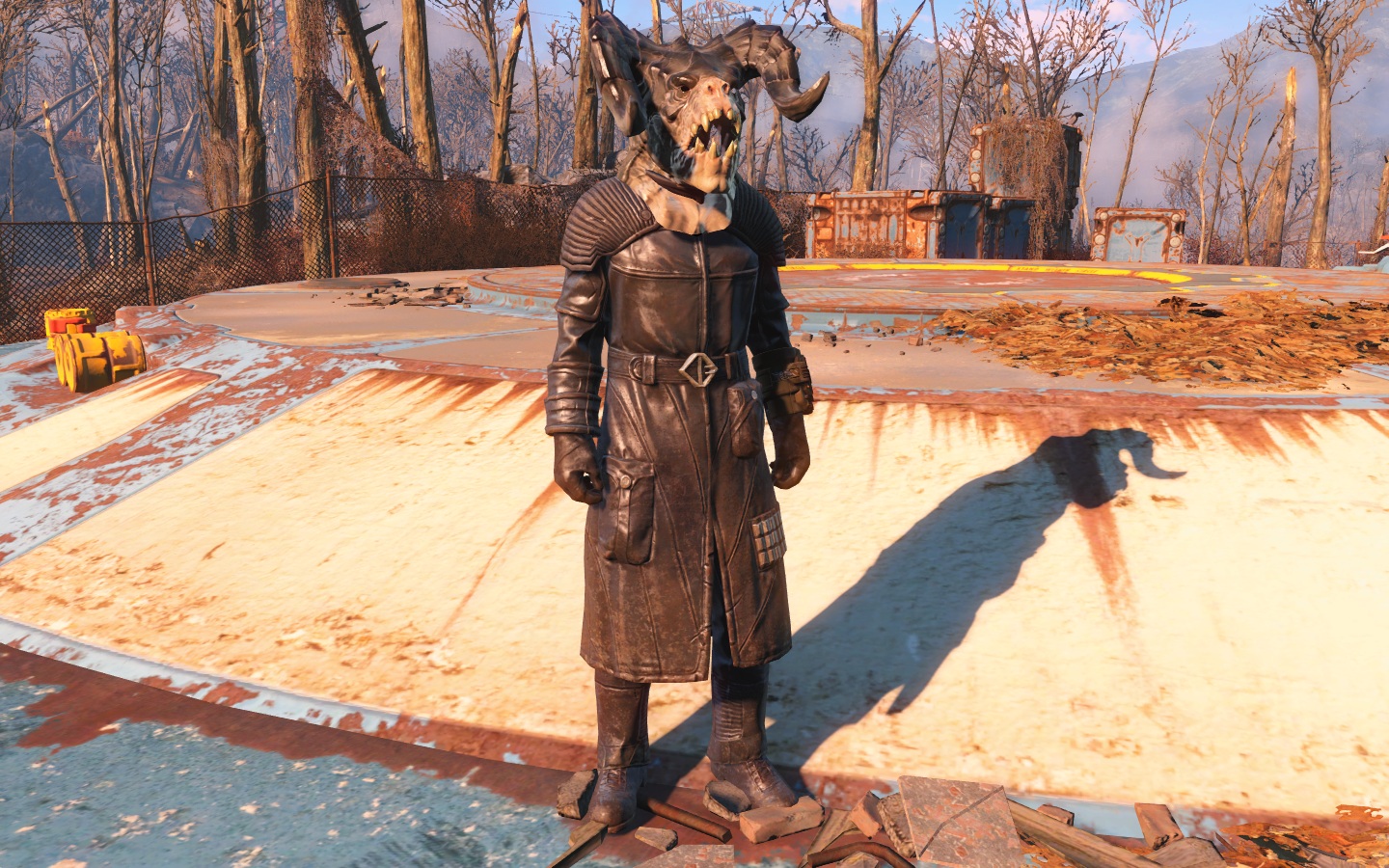 Fix settlements, or kill them with fire

There was a time, in halcyon days of yore, when I could spend hours being a bastard on Grand Theft Auto 3 for no other reason than the animations amused me. Now, jaded as I am, I need all my in-game actions to feed into some overarching purpose. Thematically, the idea of rebuilding the wasteland is brilliant, but it’s implementation is shallow, forced and felt as if Bethesda had lost confidence in their game. Chin up there, champ. Fallout 3 was only mostly shit. All you need to do is shamelessly steal from Obsidian and I’ll be happy as Todd Howard in a swimming pool of licensed app microtransaction money and modder’s tears. 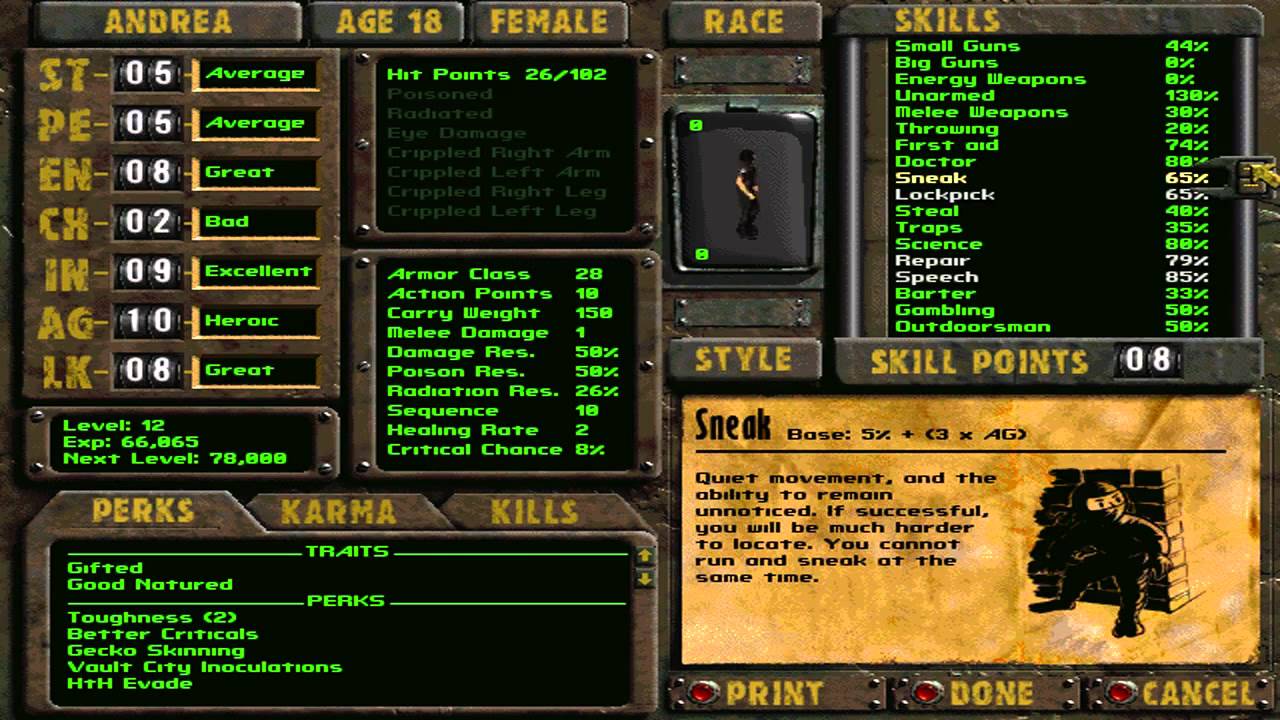 There is no better way to make a huge percentage of your audience feel alienated and detached from the experience than by forcing them to play a character they can’t relate to. The first two Fallout games let you set your intelligence to 1 and stumble through the game with the inability to form coherent sentences in social situations, and as a person who has trouble forming coherent sentences in social situations, I felt properly represented. I honestly cannot name a single defining character trait from either of the Fallout 4 protagonists that I did not desperately extrapolate directly from a game mechanic to give myself some vague semblance of immersion. An unhealthy penchant for lock picking, duct-tape and adhesive are not personality quirks, unless you’re really into that sort of thing, in which case, more power to you. Also, call me.

In his video Anatomy of a Sidequest the ever insightful Mark Brown plays through a single quest from Fallout: New Vegas five times. Each time with a different character build. Each time using different methods to get different results. Hang on, I thought to myself as I watched, I’ve heard of this sort of game before. Could this be one of those fabled RPG’s I keep reading about? As spoken of in eldritch runes carved into seaweed encrusted statuettes of ancient gods dredged up from primal oceans where no ship hath sailed since time immemorial? Avast, the legends be true! 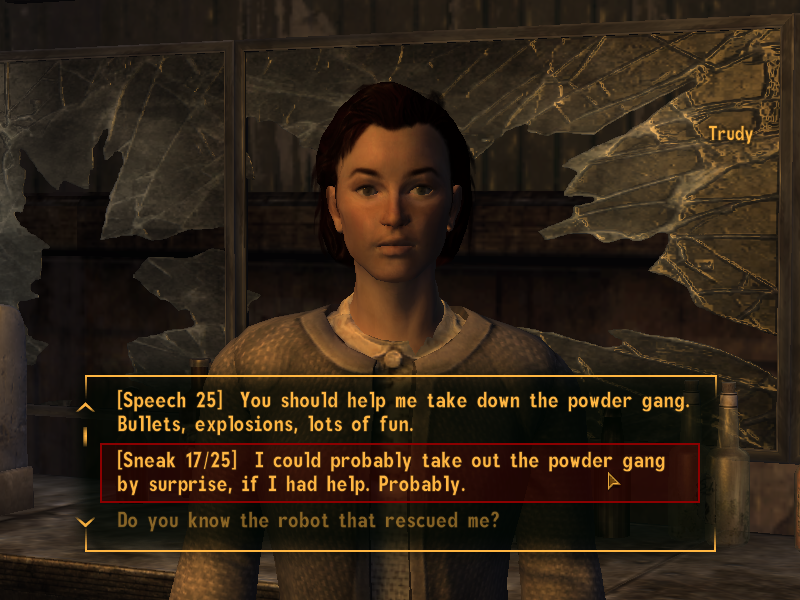 Yeah, I know. Hundreds of hours of content and all that. Realistically speaking, though, I could spend a hundred hours in the bath and I’d still be soaking in a tepid cauldron of my own sweat for every minute past the thirtieth or so. If you make interesting quests with varied outcomes I will play your game multiple times. Jewels are radiant. The sun is radiant. Repackaged fetch quests are dull as shit.

I could add a bunch more if I wanted to, but I’m sure Bethesda will be in contact soon so we can work things out collaboratively. Until then,  I’ll be lurking in the comments to steal your suggestions and pass them off as my own. Because Capitalism. Capitalism never changes.